Arafat's words ring out on day of solidarity with Palestinians 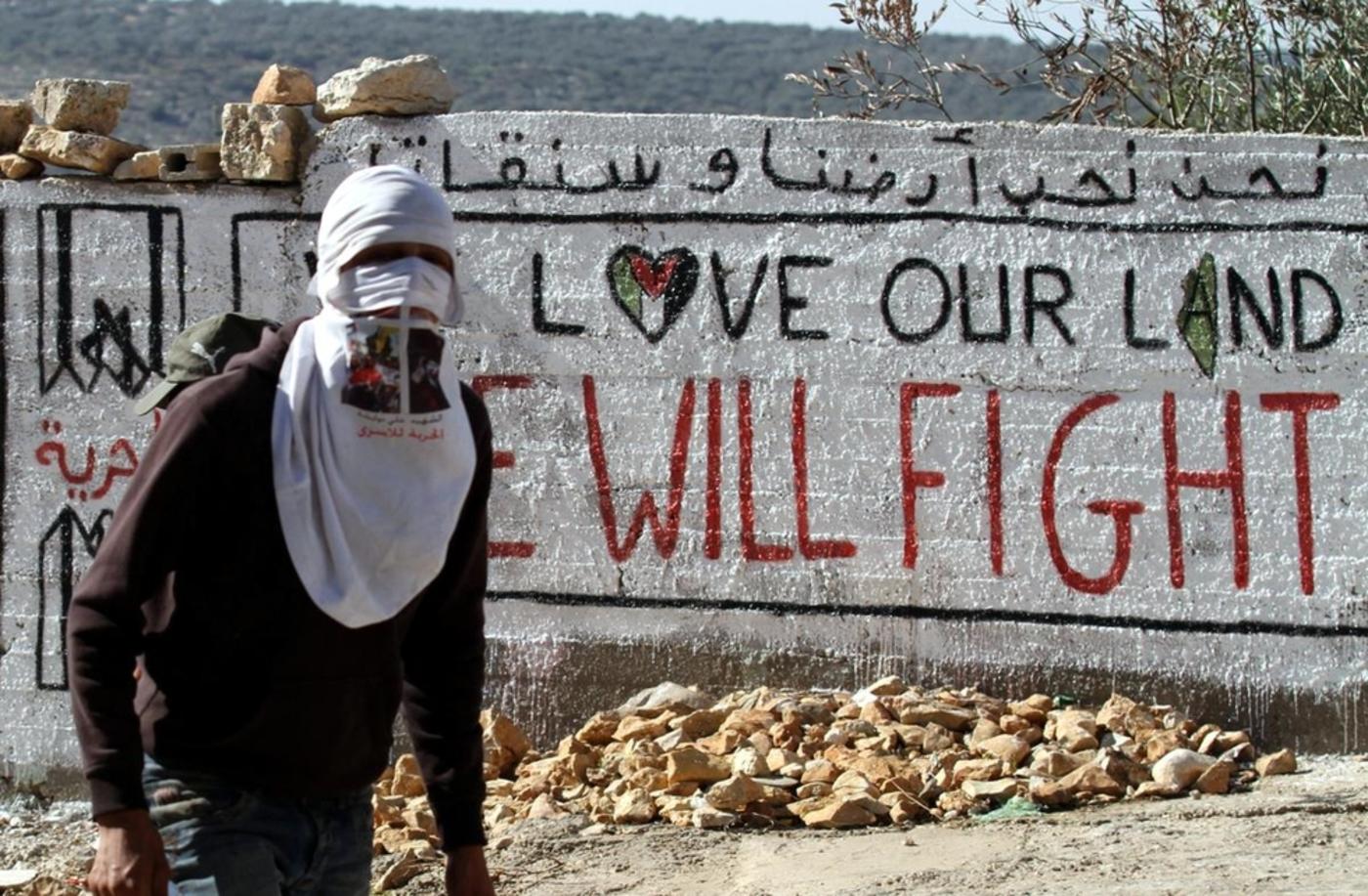 The date 29 November is designated as the International Day of Solidarity with the Palestinian People, called for by United Nations General Assembly Resolution 32/40B in 1977.

Four decades have passed and the world has continuously misunderstood the significance of this statement and the overall speech as he was discussing and demonstrating a much deeper phenomenon.

Statehood is a Westphalian Eurocentric model that is problematic, due to the culturally foreign understanding of sovereignty based on individual state rights and an institutionalised form of self-determination as opposed to a human rights understanding of sovereignty and self-determination based on collective rights and nationhood.

Setting aside the death of the two-state solution as a result of the continuous settlement expansion that has reconfigured and violated the territorial integrity of the defined territories, the platform for statehood is exclusive to the "1967 borders," meaning that Palestine and Palestinians of 1948 did not exist - which is farcical.

If the world went back to read Arafat's speech carefully they would understand that Arafat was instead calling for the respect for the indigeneity and indigenous rights of the Palestinians denied to them via the Nakba and the ethnic cleansing process that continues to take place to this day.

"Palestine was then a verdant land, inhabited mainly by an Arab people in the course of building its life and dynamically enriching its indigenous culture," Arafat said in his speech.

"Their [Zionists'] terrorism fed on hatred and this hatred was even directed against the olive tree in my country, which has been a proud symbol and which reminded them of the indigenous inhabitants of the land, a living reminder that the land is Palestinian. Thus they sought to destroy it. How can one describe the statement by Golda Meir which expressed disquiet about the Palestinian born every day?

"They see in the Palestinian child, in the Palestinian tree, an enemy that should be exterminated. For tens of years Zionists have been harassing our people's cultural, political, social and artistic leaders, terrorising them and assassinating them. They have stolen our cultural heritage, our popular folklore, and have claimed it as theirs. Their terrorism even reached our sacred places in our beloved and peaceful Jerusalem. They have endeavoured to de-Arabise it and make it lose its Muslim and Christian character by evicting its inhabitants and annexing it."

The Palestinian right of return, the olive branch and indigeneity

It is at this juncture that discussion of the sacredness of the right of return for Palestinians comes in. When the Palestinian right of return is discussed or advocated, it is not only guaranteed by international law through the United Nations General Assembly Resolution 194, but also within the United Nations Declaration on the Rights of Indigenous peoples, particularly Article 10.

Indigenous peoples cannot be removed from their lands without their free, prior and informed consent - and this is exactly what took place, which violated the rights of the Palestinians. The Palestinians were subjected to plans for the implementation of a ready-made state for the Zionists to take over, regardless of what the indigenous peoples of the land - the Palestinians - felt at the time. This seizure was legitimised by the United Nations Partition Plan of 1947, which gave way to the ethnic cleansing of Palestine and the Palestinians - a process of incremental genocide that continues to this day.

Part of the implementation of the ethnic cleansing process included the Zionist exportation of European pines to replace the olive trees of the land as an attempt to annihilate the indigeneity and Palestinian cultural and territorial identity, reinforcing the "doctrine of discovery" that is imposed on indigenous peoples and their territories.

Such a narrative articulates that the Zionists came to a land without a people for a people without a land and made the desert bloom. However, not only was it not a desert and had inhabitants already living there, it was and continues to be a fertile land with olive trees that date back thousands of years, and lived through and are connected to generations and generations of Palestinian ancestry. The said olive trees are resurfacing today from the roots and ground up against the imposed European pines.

The Palestinians are and will do the same - they will and are resurfacing against and fighting to recover from the past and continued Zionist suffocation and attempted intergenerational memoricide packaged in the form of incremental genocide and an ethnic cleansing process known as the Nakba. The Palestinians will do so through the preservation of their indigeneity, symbolically reinforced and reflected through the olive trees of the land in relation to the European pines.

This is what Palestinians have been fighting and resisting: the Zionists' theft and attempt to wipe out the indigeneity of Palestine and the Palestinians.

- Ahmad Moussa is a human rights scholar and activist and a regular contributor and freelance writer to various international news agencies.

Photo: A slogan that reads "We love our land. We will fight." is seen on the wall as Palestinian demonstrators protest against Israel's occupation and separation wall at Kafr Kaddum village in Nablus, West Bank on 20 November, 2015 (AA).