Christopher Phillips
While Ankara’s YPG enemies may suffer, so will its allies in the United States and Syrian rebel forces 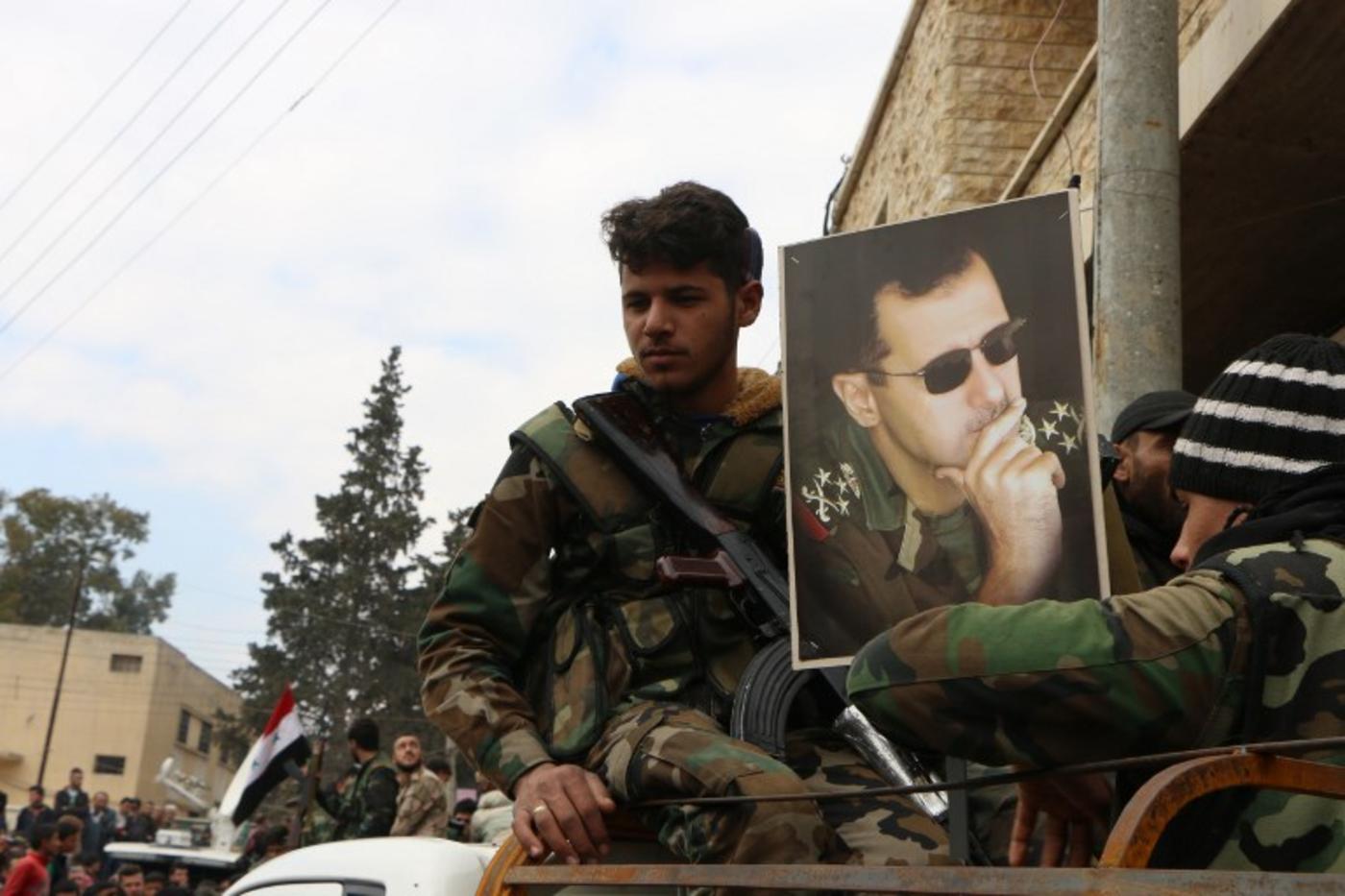 Turkey’s invasion of Afrin, dubbed Operation Olive Branch, has entered its second month. Turkish President Recep Tayyip Erdogan insists that the assault is a legitimate move to clear out Kurdish YPG "terrorists" along Turkey's border and that he is closing in on victory.

However, despite such optimistic pronouncements, success is far from assured. Moreover, while its YPG enemies will likely pay dearly, so will Turkey's allies, the Syrian rebels. Ironically, the main winners will likely be Russia and Erdogan's nominal foe, Syrian President Bashar al-Assad.

Turkey's deployment of up to 6,000 troops alongside over 10,000 allied Syrian rebel forces in late January had a certain logic. A similar force had entered Syria to defeat the Islamic State (IS) and contain YPG expansion in "Operation Euphrates Shield" in 2016, cutting Afrin off from other Syrian Kurdish territories, which enjoyed US military support. Since then, Erdogan has repeatedly threatened Afrin, but three developments prompted the January invasion.

Firstly, the US, which Turkey had hoped would stop backing Syria's Kurds after IS was defeated, outraged its NATO ally by announcing it would instead remain in eastern Syria and train a 30,000-strong border force with a sizeable YPG component.

Assad, who has always preferred a military solution over negotiations, is also able to use Turkey's resort to violence to justify his own (repeated) breaking of ceasefires

Yet the operation carries dangers. Turkey could get stuck in a long-running quagmire. Turkey's military is depleted after purges following an attempted coup in 2016. Operation Euphrates Shield took seven months to capture less mountainous territory than Afrin at a cost of at least 70 Turkish troops, and many more Syrian rebels.

Then, they fought ill-disciplined IS fighters, unlike the American-trained and armed YPG. The YPG aims to inflict maximum casualties to deter Turkey from striking additional YPG-held territory in the future, and Ankara has already lost 30 troops in Afrin since January.

Even if Turkey were to conquer Afrin and possibly neighbouring Manbij, as Erdogan has suggested, it would be holding hostile territory, not the friendlier Sunni Arab villages taken in 2016, leaving it open to insurgency. Alternatively, Erdogan might ultimately opt for a more modest buffer zone along the border, bypassing the 10,000 Kurds in Afrin town. Yet, after such ambitious rhetoric, this would be seen as a defeat.

Striking a deal with Assad

Turkey has, however, achieved one of its goals: to weaken the YPG. In the worst-case scenario for the YPG, Ankara and its allies would capture Afrin, maybe Manbij, and launch further attacks east of the Euphrates. Yet even the best case is pretty bad: the YPG might hold off Turkish forces, deterring future incursions and retaining Afrin town, but at a cost.

The YPG has already had to strike a deal with Assad, first to allow Kurdish fighters through regime territory to Afrin, and more recently welcoming pro-Assad militias as well. The details remain unclear, but the outcome will likely be an enhanced Assad presence in Afrin, as well as possibly Manbij and the YPG-controlled Sheikh Maqsood district of Aleppo. Compounding this, moving Kurdish fighters into Afrin weakens the YPG’s position in eastern Syria.

Other losers in Olive Branch are the Syrian rebels and the US. Syria’s rebels, already effectively neutralised by Russian scheming and diminishing foreign support, had little choice but to join their one remaining international ally in Afrin. Yet in doing so, they appear more and more a Turkish proxy. The sight of “Free Syrian Army” fighters in Turkish uniforms killing Syrian Kurds while Assad pounds Idlib and Ghouta does the rebel cause few favours.

The US, meanwhile, faces two allies fighting each other. Olive Branch was partly Turkey showing Washington its anger for backing Syria's Kurds. The Trump administration is now torn: the YPG and their Syrian Democratic Forces (SDF) umbrella remain the best hope for containing Iranian ambitions in the Levant and preventing any IS revival, but Turkey remains a key long-term strategic ally, despite recent frustrations with Erdogan.

Washington, therefore, hopes this conflict will end as soon as possible, without damaging either ally too much. That said, the US's inability to prevent Turkey's attack has increased doubts about Washington's reliability among the YPG, especially given its historical record of betraying the Kurds, most recently in Kirkuk.

If Turkey's goal was to fray the YPG-US alliance, it has succeeded, with the Assad-YPG deal already indicating that some among the Kurds are looking beyond America for support.

In contrast, Russia and its ally, Assad, are the main winners. For Assad, there are several benefits. Firstly, the operation weakens the YPG, which, after the defeat of IS and the neutralisation of the rebels, are his last remaining domestic threat. He ultimately hopes to reintegrate Kurdish territory by either negotiation or force. Turkey has done him a favour by hitting the YPG's fighters, testing the group's alliance with the US and forcing it to cut a local deal with the regime.

Secondly, the operation has distracted attention from Assad's own increased military assaults on rebel areas. While world attention has finally awoken to Assad's attack on Ghouta, he cleaved off a sliver of rebel territory in Idlib while Turkey has been distracted in Afrin. Assad, who has always preferred a military solution over negotiations, is also able to use Turkey’s resort to violence to justify his own (repeated) breaking of ceasefires.

Russia, meanwhile, continues to appear imperious in Syria, wisely remaining aloof to events in Afrin. Turkey depends on Russian acquiescence to operate in Afrin's airspace, meaning that the longer the operation lasts, the more Ankara is dependent on Moscow.

Russian President Vladimir Putin has already, according to Erdogan, prevented Assad from sending troops into Afrin - sending only loyalist militias.

Of course, Putin could yet close the airspace, forcing Erdogan into a humbling halt but ingratiating Russia with the YPG, which could further damage the YPG-US alliance. In the meantime, Putin can enjoy the recriminations among NATO allies Turkey and the US, welcoming any weakening of that alliance.

Turkey, therefore, has launched an attack with only limited chances of long-term success, but carrying many pitfalls and dangers. While its YPG enemies may suffer, so will its allies in the US and Syrian rebel force. Meanwhile, Assad and Russia, while committing very little to Afrin, have been gifted an advantage.

- Christopher Phillips is reader in international relations at Queen Mary, University of London and associate fellow at Chatham House’s Middle East and North Africa Programme. He is author of The Battle for Syria: International Rivalry in the New Middle East, an updated paperback edition of which is available from Yale University Press in February 2018.