Bahrain: The Islamic State threat within 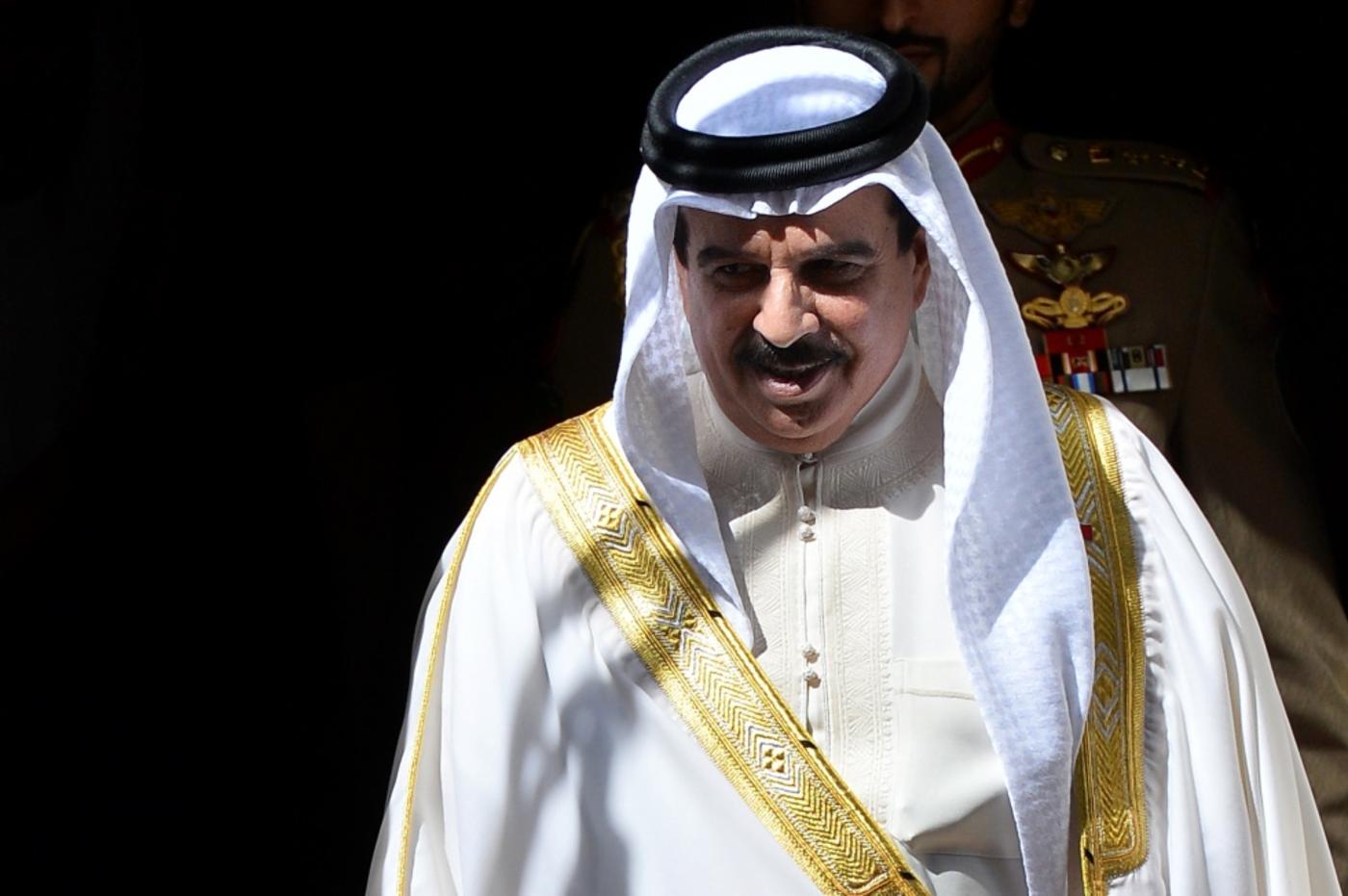 On first appearance, the video is not particularly remarkable, just another in a long string of clever propaganda exercises by the Islamic State (IS). This one opens with four young jihadists striding purposefully up a desert hill, Kalashnikovs in hand. But it is the nationality of these jihadists that tells the story. They are all Bahrainis.

It was posted in late September and it shows a former Bahraini ministry of interior officer calling on other officers in the police and military to defect. Another Bahraini sitting beside the ex-officer denounces the al-Khalifas, the rulers of this troubled Gulf island kingdom.

The Sunni Muslim family has run Bahrain, a Shia majority country for more than 200 years.

In the wake of a popular uprising that was ruthlessly crushed in 2011, the kingdom remains bitterly divided along sectarian lines, with the Shia at odds with their Sunni masters.

A largely peaceful movement that had occupied a central roundabout in the capital Manama in February, 2011, was put down with force. Dozens were killed, thousands imprisoned, and thousands more sacked from their jobs. The vast majority were Shia.

But In the eyes of the IS fanatics, the al-Khalifas are now as bad as the Shia they rule over. The video calls on Bahraini Sunnis to "defect from the al-Khalifas. They are not ruling by Sharia which means they have inserted themselves as gods next to Allah."

That is tantamount to calling the royal family "kafir", unbelievers. According to the Islamic State, the fate of kafirs is death, preferably by the sword.

The video was a response to Bahrain's decision to join the coalition against IS.

Bahrain is said to be "participating in airstrikes" but when pressed, the foreign minister Sheikh Khalid bin Ahmed al-Khalifa was cagey about what the Bahrainis are actually doing - as little as possible while currying favour with its western allies might be one way of putting it. Or to put it another, the Bahrainis are keeping a low profile.

And the video, too, has had a very low profile in Bahrain's largely supine local media, despite or perhaps because of the fact that it voices a direct threat to the ruling family and marks the first public acknowledgement that a serving officer in Bahrain has gone over to IS.

But that doesn't mean that the al-Khalifas are not feeling more than a little uneasy. A government source told me that "the threat is real, the issue is very serious. These are people from within the security services, from the police and the military. We have people who want to turn Bahrain into part of the new caliphate. And they see the al-Khalifas as the enemy."

The source, who agreed to speak only on condition of anonymity, claimed that the penetration of IS ideology into Bahrain's security organisations has been made easier by an ongoing government policy to recruit Sunni police officers from Yemen, Syria, Jordan and Pakistan, many of whom the source said shared the same belief system as IS.

Fast tracked to citizenship, the so-called "New Bahrainis" are paid much better than they would be in their home countries and are provided with housing ahead of locals. They are in effect mercenaries, hired to protect the interests of the royals.

And when the 2011 uprising was crushed, many of the worst police atrocities, including three beating deaths in detention, were carried out by the New Bahrainis.

"They don't know our culture, some of them don't even speak Arabic and yet they are allowed to beat us, kill us, throw us in jail," a pro-democracy activist bitterly remarked to me at the time.

But mercenaries can be swayed and the source posed an intriguing question:

When asked if the al-Khalifas were facing a direct threat, the source replied: "Everything is possible. This is the first time in the history of Bahrain that the al-Khalifas have openly been called kafirs."

Now, a new layer of uncertainty has been added to an already complex and volatile situation.

In the IS video, the officer is identified as Mohamed Isa al-Binali.

On 5 September, the ministry of the interior tweeted that he had been dismissed for unauthorised absences. This was nearly three months after he had gone over to the Islamic State.

The authorities should not have been surprised by his defection. His cousin Turki is a senior IS cleric who last year in an article widely distributed online called on true believers to acknowledge Abu Bakr Al Baghdadi, the Ieader of IS, as  their caliph.

Another member of the tribe Ali Yousif al-Binali was killed fighting in Syria in May of this year.

The al-Binalis are a large and influential family with  extensive commercial holdings and close ties to the al-Khalifas.

This may explain why just last year a demonstration in front of the American embassy in the capital Manama featured a hectoring Turki al-Binali with black Islamist flags fluttering prominently behind him went unchallenged by the government and the police.

The cleric has tapped into a feeling held by many in the Sunni community that they have been betrayed by the ruling family. They believe that their support for the al-Khalifas during the 2011 uprising has gone largely unrecognised and unrewarded.They think the government in making hesitant reforms has gone easy on Shia Bahrainis.

Their frustration is evident on the streets of Manama where IS flags are frequently seen flying from cars.

It is a measure of just how sensitive the issue is that the drivers are not stopped or otherwise challenged by the police.

Only last year, Major General Tariq al-Hassan, the country's chief of public security, tweeted an image of a bullet burnished with the extremist logo together with a quote from Islam's third caliph Omar.

The tweet was quickly taken down, but an anti-government activist who has been jailed several times and asked not to be named described the police chief as  "a pragmatist [who] doesn't support IS directly but likes to appear sympathetic because a lot [of IS supporters] are members of the police and security forces. He was trying to win allies."

The activist said that the police chief has "turned a blind eye, let them [Sunni extremists] gather, leave the country, preach, produce and distribute literature."

And, indeed, in the heart of Manama, I have been told that at the al-Farouk bookstore it is still possible to purchase tracts by Turki al-Binali, who has been described as "the imam of the Islamic State." The cleric left Bahrain in the summer of 2013.

In July of this year, Major General al-Hassan did warn Bahrainis not to support terror groups and vowed "zero tolerance against violations which would endanger Bahrain's security." But this came only after a string of tweets including some from influential politicians who viewed IS victories in Iraq  not as terrorism but as part of a Sunni insurgency against a repressive Shia regime.

Feeling the heat on one side from Sunni hardliners who support IS and on the other from their western allies to join the effort against the jihadists, the al-Khalifas have predictably dithered, except that is when it came to Nabeel Rajab.

When Rajab, a prominent human rights activist only recently released from jail, tweeted on 28 September that the defence and interior ministries are "the first ideological incubators" for Bahrainis joining IS, he was promptly arrested. On the 9 of October, he was formally charged with insulting government institutions. If convicted he faces a three year jail sentence.

Of course Bahrain is not alone among the Gulf states in facing an IS threat from within. Neighbouring Saudi Arabia has also experienced a wave of online jihadist support and several videos of security officers going over to the Islamic State have been posted on Saudi social media websites.

What sets Bahrain apart are the "New Bahraini" police recruits. The government does not release figures on the number of foreign Sunni officers in the security services, but it is believed to be in the several thousands.

And should their loyalties be tested by the utterances of the IS imam Turki al-Binali, it is an open question how some of these officers would respond - one reason why the al-Khalifas are treading so cautiously.

Another reason is the al-Binali tribe. They have for decades been seen as the friends and allies of the al-Khalifas. Now amongst some members of the family, that allegiance has shifted to the jihadists.

As the source said "This is a very dangerous time for Bahrain." 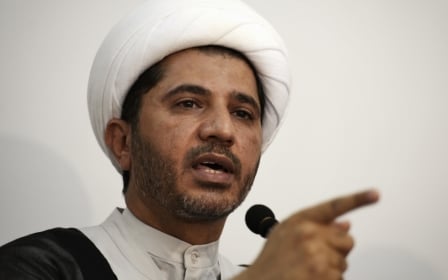 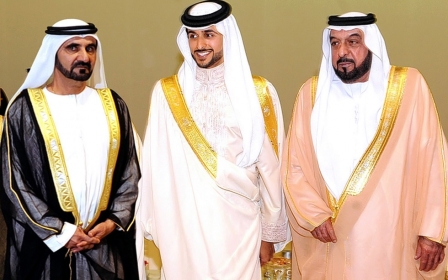 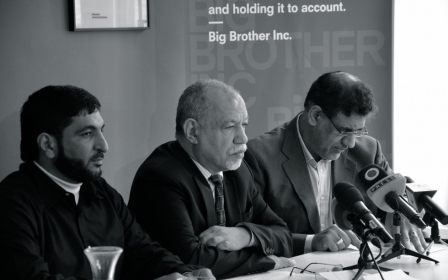