Baked swans and drowning refugees: The media should know better 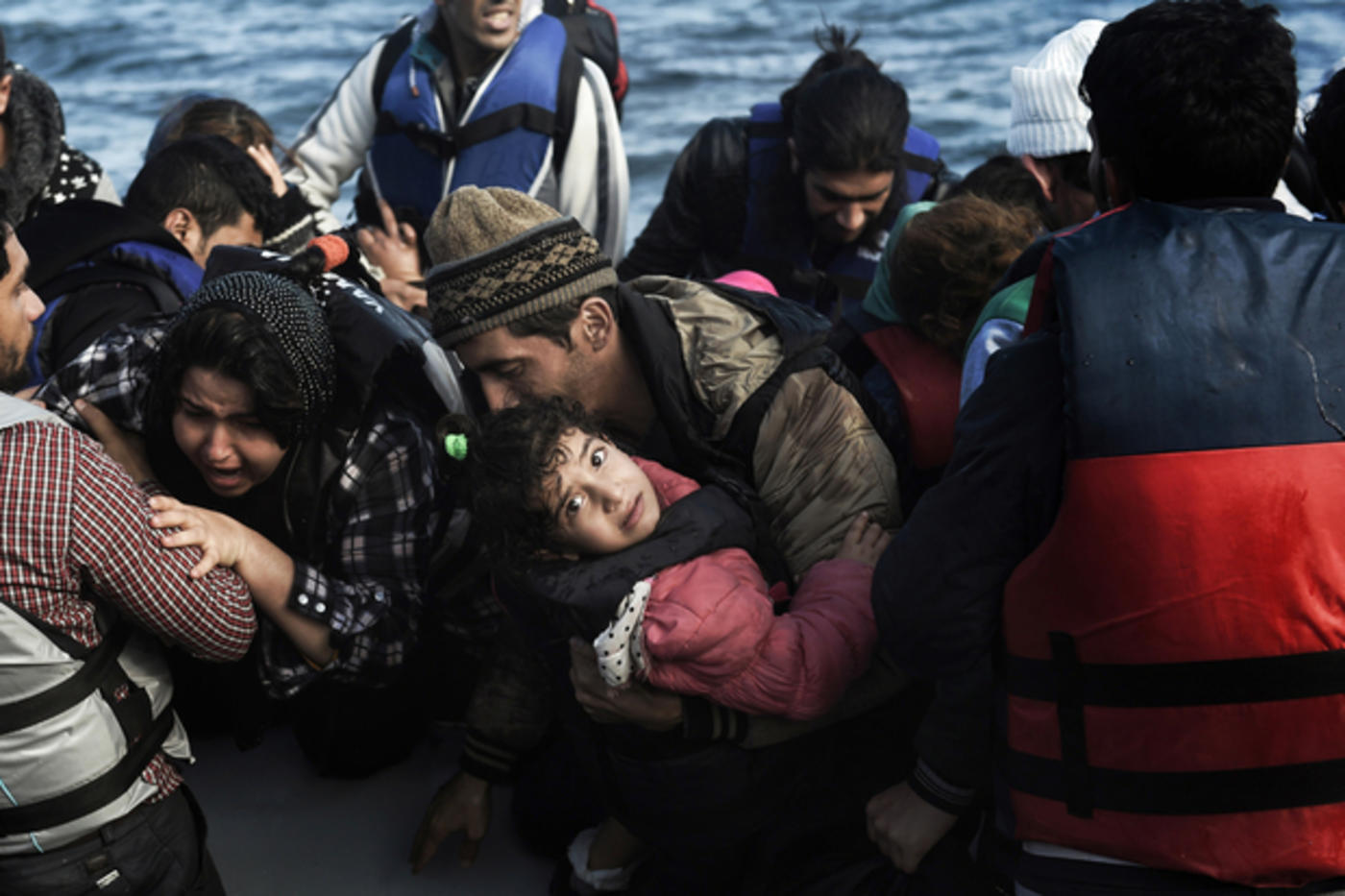 When it comes to refugees, the media are getting away with gross violations of professional and ethical standards. At a time when xenophobic political discourses are on the rise, journalists have a double responsibility to commit to quality reporting.

On the morning of 19 July, a Facebook friend had already attracted dozens of likes with the post: “If Muslims don’t appreciate women’s legs, they can go back to where they came from.”

The comment was in response to a Guardian piece published on the same day, headlined “Woman and 3 daughters ‘stabbed for wearing shorts and T-shirts’ at Alps resort’.” The nationality of the attacker – a Moroccan citizen – was specified in the very first line of the article.

Amid the global coverage on the recent attacks in Europe, my friend and his followers had no doubt as to what the story might be about: yet another attack perpetrated by a Muslim against Western values. Quite rightly, they did not suspect that the alleged cultural motive reported in the headline lacked any kind of factual basis.

Towards the end of the article, the motive for the attack is described as being “very hazy” while the police are quoted as saying that “no words of a religious connotation were uttered”.

The basis of the headline, which was later modified by the Guardian with no mention of the belated correction, was no more than the personal opinion of the deputy mayor of a nearby town, hence the original use of inverted commas.

Why journalists have a moral duty

At a time when xenophobia is on the rise and right-wing parties are making ground thanks to the scapegoating of refugees, news outlets have a moral duty to double their professional standards. Those who fail to do so should be held accountable for producing misleading content that incites prejudice and hatred.

While public attitudes have traditionally been reflected and influenced by the news, good journalism seems to be increasingly threatened by a weakening media economy that rewards sensational reporting.

Research conducted by the Ethical Journalism Network (EJN) in 2015 found that news coverage is driven by political bias and opportunism when it comes to migration-related issues. The 100-page report detailed how news outlets are falling victim to the propaganda trap laid by politicians and dangerously straying away from their main role as information providers.

These findings have been confirmed by a comparative assessment conducted by Cardiff University and the UNHCR on media coverage in Europe and the US. UK news outlets were found to be the most hostile towards migrants, with scarce reporting on the benefits of taking in refugees or the need to tackle the issues which are driving the movement of population.

Incendiary columnists have long stirred up public opinion. One of the foremost has been that of being Katie Hopkins in The Sun, who wrote after migrants drowned in the Mediterranean: “I don’t care. Show me pictures of coffins, show me bodies floating in water, play violins and show me skinny people looking sad. I still don’t care. These migrants are like cockroaches.”

In Italy, one of the main gateways to Europe for asylum-seekers, the right-wing newspaper Libero was sued for its front-page headline “Bastardi Islamici” (“Muslim bastards”) after the attacks last November in Paris.

And in Serbia, headlines such as “Millions of refugees are coming” and “Serbia will be a big refugee camp” only served to spread public alarm.

While hate-speech continues to stoke tensions at a delicate time, opinions that can be recognised as such are a far lesser evil than allegedly objective journalism. Allusive headlines, agenda-driven story angles and derogatory terminology are all only too apparent amid the current media output.

On 25 July, two almost identical stories appeared in The Daily Telegraph and the Daily Mail. The Telegraph piece carried the headlined: “Syrian refugees resettled on remote Scottish island of Bute complain their new home is ‘full of old people waiting to die'.”

In its main body, the story said that refugees were voicing important concerns about the dreary economic conditions on the island, which are among the most deprived in Scotland and scarred with high unemployment.

Not surprisingly, the Telegraph headline elevates an observation that does not represent their true concerns but makes the story sexier. Result? Asylum-seekers appear “ungrateful”, as one reader describes them in the user comments below The Daily Mail piece.

Another reader invites them to leave if the accommodation provided “does not match their living standards”. On the Telegraph site, the article ranked first in the section "News most viewed".

According to a Facebook post by a Bute resident which was shared more than 17,000 times, the piece created “some heat” on the island. By failing to correctly interpret the refugees’ observation – namely that the island is a place where elderly people chose to retire - the piece stoked tensions between the existing population and the refugees.

Another story by The Daily Mail shockingly exemplifies how events can be sensationalised. Its headline “The unseen side of war-torn Syria: Hundreds party on the beach and soak up the sun just 100 miles from under-siege Aleppo”, suggests there is a secret side to the Syrian war.

“Topless men and women” are “spotted” on the beach – as if they had been trying to hide – just “under 110 miles” from the front-line. A reader nails the message implied in the article: “Syria seems like a safe and happy place even to party,” they comment, “why are they refugees then?”

While parties are indeed a reality despite (and perhaps because of) the conflict, other news outlets have reported on this same topic without painting Syria as a heaven for partygoers.

Like the famous “Swan Bake” hoax story in which The Sun alleged that European asylum seekers were killing and eating swans in London (much repeated even six years ago), the media are cooking up their own news on immigration-related issues.

The British tabloid, for one, is still spreading false information with impunity, the latest example of it being the malicious reinterpretation of poll data on British Muslims’ sympathy for jihadis.

The UK has a long history of attempting to address problems of media behaviour and power. But each time the press has responded with a new or revised self-regulator that has ultimately proved inadequate.

The situation does not seem much brighter in the rest of Europe. According to the EJN’s review, the media “play into familiar and well-worn descriptions of ‘them’ and ‘us’” and their reporting “often remains framed through an old-fashioned perspective which for some people has an imperial, if not colonial tone". The insistence on “Western values” as a monolithic term tantamount to women’s rights and civic freedom – see the Alpine story above - is one example of this.

News outlets, whose cultural authority is premised upon speaking the truth, are failing to contribute to public understanding of current events. Existing patterns of coverage are also likely to influence the kind of stories journalists will subsequently tell, forming a vicious circle that is extremely hard to break.

It is impossible to deny the role of the mass media in framing the debate around migration. It is possible that Britain’s decision to leave the EU is a direct result of the negative bias by the media towards asylum seekers.

It is of paramount importance that journalists act with conscience and professional ethics at this very delicate time. When the facts shine a bad light on asylum seekers, no outlet should shy away from reporting the information as it is. At the same time, mass media should know better than to mislead their audience with untruthful or biased stories.

And, if they don’t, they should be taught a lesson or two. Refugees
Instead of a place of safety, empty graves await refugees in Europe
Chris Doyle