Behind the Saudi ambassador's scuffle in Baghdad

Mustafa Salama
The ambassador was formally asked to quit following accusations of death threats against him, as Iraq draws ever closer to Tehran 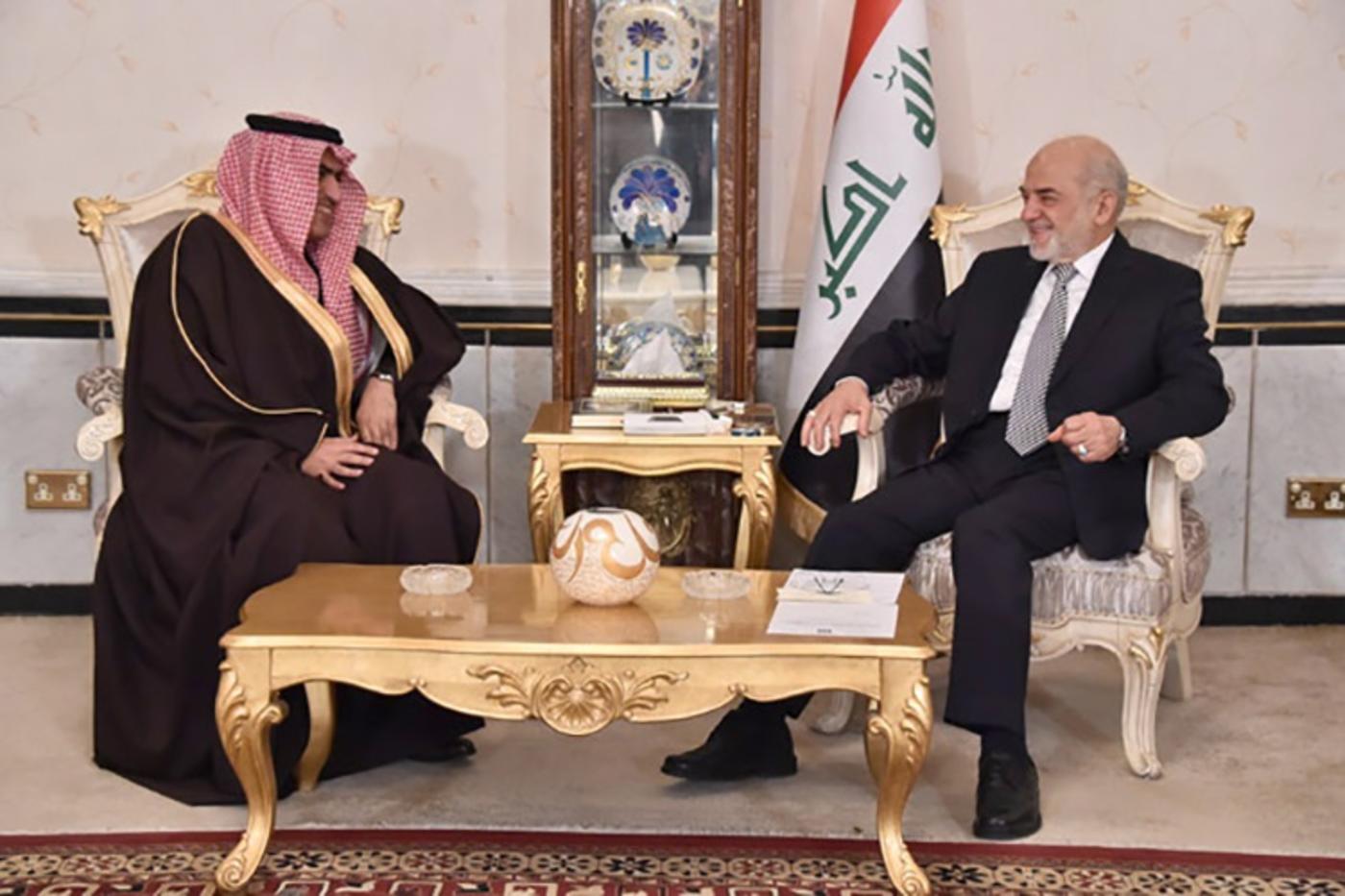 A few days ago, Iraq formally asked Saudi Arabia to replace its ambassador. This request came a few days after Saudi Ambassador Thamer al-Sabhan accused Iraqi militias supported by Iran of trying to assassinate him.

In January Al-Sabhan became the first Saudi ambassador to be stationed in Iraq for 25 years, after Saudi Arabia cut off its relations with Iraq following its invasion of Kuwait.

In response to al-Sabhan’s vocal accusations, Aws al-Khfaji, head of the Abi al-Abbas militia, an influential Popular Mobilisation Unit (PMU) backed by Iran, said that “the enmity of al-Sabhan to Iraq is very clear to everyone”. He was not welcome in Iraq, said al-Khafaji and “if there was such an attempt to assassinate him it's an honour that everyone claims”.

Such a messy scuffle between Iraq and Saudi Arabia is the result of a wider regional rivalry, namely between Saudi and Iran.

Many factions and militias in Iraq, particularly ones backed by Iran, have not hid their enmity to Saudi Arabia, especially after Saudi Arabia cut its relations with Iran in the aftermath of rising tensions over Saudi's execution of its citizen, Shia cleric Nimr al-Nimr.

The execution in January followed his arrest in 2012 over outspoken comments against the Saudi government. Al-Nimr was a prominent figure in the protests that broke out in Saudi’s Eastern Province demanding regime change in 2011. Soon after the execution, the Saudi embassy in Tehran was stormed, attacked and burnt by protestors. Iranian officials and influential figures severely condemned the execution, while Iran's Supreme Leader Ayatollah Ali Khamenei promised divine revenge.

The execution also sparked a bitter response in Iraq. Ex-prime minister Nouri al-Maliki strongly condemned the execution and claimed it would “topple the Saudi regime,” while current Iraqi Prime Minister Abadi said it would have “repercussions on regional security”.

Only a day after the formal request by Iraq to replace the Saudi ambassador, the Iraqi minister of foreign affairs received a delegation of Houthi rebels from Yemen, which is trying to gain recognition from Iraq to its recently formed council. The Houthis, who are backed by Iran, took over Sanaa in 2015 and forced the president into exile. This visit comes a few days after a push by the US for fresh peace talks between the Houthis and the exiled Yemeni government.

Clearly in receiving such a delegation, Iraq has little or no regard for concerns in Riyadh. Saudi Arabia, which has led an 18-month military campaign against the Houthi takeover of Yemen, has suffered attacks on its borders and has been intercepting missiles fired from Yemen, including one a few days ago.

Iran has been funding, equipping and training militias in Iraq, which include many of the PMUs. These Iran-backed militias follow the Iranian supreme leader and are practically an arm of Iranian foreign policy. They do not only fight in Iraq, but they also help support President Bashar Assad’s forces in Syria. These Iran-backed militias have almost a free hand in Iraq and have never been held accountable for killing hundreds of Sunni civilians in the past. They have even held government positions as high as ministers.

Saudi Arabia was already on cold terms with Iraq for some time before it moved its Iraqi embassy from Amman, Jordan to Baghdad earlier this year. Overall Baghdad is certainly on Iran’s side.

In mid-2015, al-Abadi severely criticised Saudi Arabia in his first visit to the White House for talks with Obama. While the US at the time reaffirmed its “firm support” and assistance to Saudi operations against the Houthis in Yemen, this is no longer the case. The US in August withdrew the majority of its staff from Saudi Arabia who were helping and coordinating with the Saudi-led air campaign in Yemen.

In contrast to taking steps back from the Saudi position on Yemen, the US has already forgone Saudi concerns about Syria which frequently expressed a strong position against Assad and demanding his removal. The US is now more preoccupied with pleasing Turkey, which is now more vigorous and assertive in its foreign policy and in the Syria conflict. Saudi Arabia seems practically absent when it comes to Syria in contrast to its previous greater involvement with the conflict, and the same absence generally goes for regional current affairs.

The apparent disengagement of Saudi with other regional conflicts may be a result of a preoccupation with the campaign in Yemen where Saudi appears to have sustained heavy losses. Furthermore, the Saudi economy is already strained with a huge deficit, while the non-oil sector has just hit a technical recession for the first time since the 1980s. Such economic pain is something Saudi leadership is not accustomed to. In contrast, the Iranian regime has practically always been under economic pressure, yet pushed well beyond its borders.

Saudi Arabia’s regional lack of engagement is in part due to its reactionary and incoherent foreign policy and the absence of grand strategies that are consistent and well executed. Saudi has on various occasions tried to reach out to the Muslim Brotherhood, has hosted major meetings of Syrian rebel and opposition forces in Riyadh, and led an impressive-sounding “Islamic Military Alliance Against Terrorism” formed of 34 Muslim countries. All these moves occurred last year, yet none of them have been followed through, and so are unlikely to yield any results.

Saudi Arabia surely has more tricks up its sleeves. For now, however, Iran has the upper hand in Iraq as it does across the region, and so the head of a rogue Iraqi militia backed by Iran can openly take pride in a threat to kill the Saudi ambassador.

Photo: A handout picture released by the official website of the Iraqi Foreign Minister Ibrahim al-Jaafari on 14 January 2016 shows him (R) meeting with the new Saudi ambassador to Iraqi Thamer al-Sabhan in the capital Baghdad (AFP) 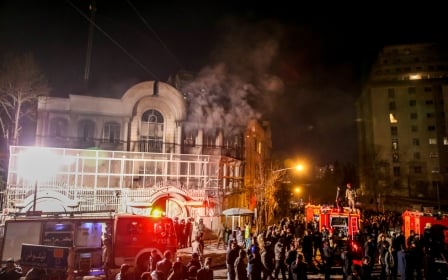