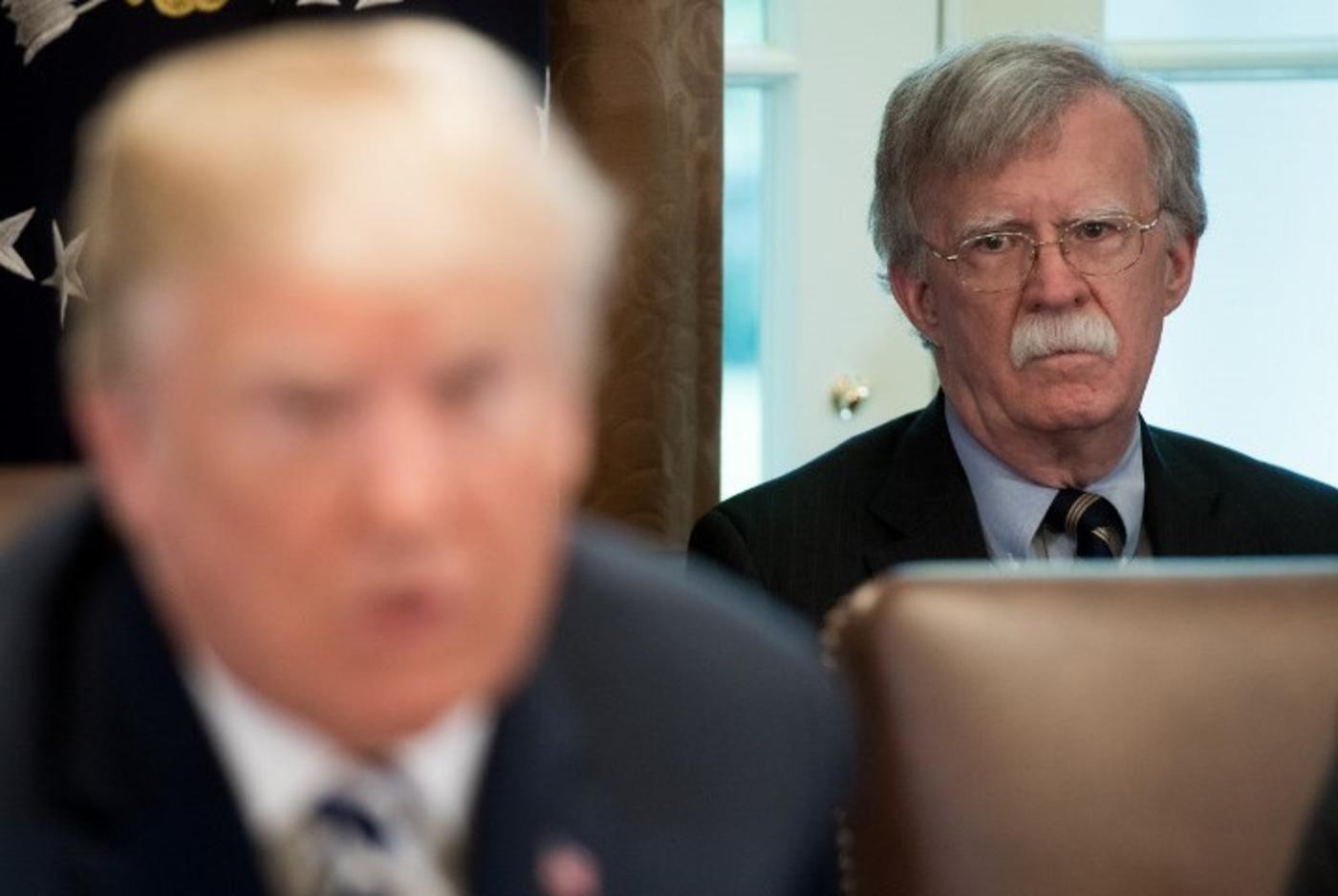 A disturbing sense of deja vu is permeating the Middle East. The sequel of a movie, screened in the winter of 2002-2003, is under production. With the same producer, director, screenplay and actors. John Bolton, US President Donald Trump's new national security adviser, who - in the first movie - played the villain undermining the UN inspection regime in Iraq, is now the chief villain.

Israeli Prime Minister Benjamin Netanyahu also has a leading role, while in 2002 he was only a supporting actor. However, his testimony at the US Congress hearings on 12 September 2002 was not only an Oscar performance, it will also go down in history as one of the most accurate political prediction ever.

Netanyahu confidently said: "If you take out Saddam's [Hussain] regime, I assure you it will have enormous positive reverberations in the region." He was absolutely right. Except for the fact that the reverberations were positive only for Iran. Maybe also his bizarre presentation on 30 April this year concerning Iran's alleged nuclear cheating will be remembered as another outstanding performance.

B&B, the duo of Bibi and Bolton, is manufacturing another crisis that promises another bonanza for Iran: Washington has withdrawn from the nuclear deal with Tehran, Syria is a shooting range for Israeli fighters, the US embassy move to Jerusalem is stirring Arab and Muslim anger, more than 100 Palestinians protesters have been killed in Gaza so far - and, last but not least, a forthcoming Israeli-Palestinian "peace plan" - courtesy of the US president's acquired family - could become, voluntarily assisted by Saudi Arabia's Crown Prince Mohammed Bin Salman, the euthanasia of Palestinian struggle.

In more simple words: the Middle East's fire has been effectively stirred up again. The sequel to the Iraq war, "The Israel-Iran War in Syria", could not hope for a better advertising campaign for its imminent release, and for the forthcoming final chapter of the trilogy: "Regime change in Tehran."

The sequel "The Israel-Iran War in Syria" could not hope for a better advertising campaign for its imminent release and for the forthcoming final chapter of the trilogy: "Regime change in Tehran."

If Iran was looking for a lobby firm to further improve its standing in the Middle East, it could have never found a better partner than B&B & Associates.

After the excellent services rendered in Iraq in 2003, the firm is now back in business sowing hatred and resentment in the region. Qassem Suleimani, who leads Iran's Quds Force, the elite special forces arm of the Iranian Revolutionary Guards, could take a vacation, stopping further foreign meddling and wait comfortably for the bonuses brought free of charge by B&B.

Leaving sarcasm and metaphor aside, the perception of an impeding conflict in the region is growing. The situation is reminicient of Europe in the summer of 1914. At the time no one wished for a prolonged conflict, but Europe ended up entrapped in a long and unprecedentedly bloody war that changed European and Middle Eastern history. The hope is that history will not repeat itself in Syria.

Although this time round rules of engagement have been set and enforced by Russia, Syria is crowded by so many actors that the chances of miscalculation and escalation cannot be ignored. Last week, Netanyahu visited Moscow, probably not just to attend a military parade, but to reinforce these rules and, hopefully, to get from Putin a "cleared" and less provocative targeting list for Israeli jets in Syria.

The Middle East's shifting power balance is another driver for a conflict. As Germany's rising in 1914 was a catalyst for the First World War, Iran could follow the same script, also because Tehran's rise is accelerating, especially since the US invasion of Iraq in 2003 and its catastrophically managed aftermath.

Syrian President Bashar al- Assad is winning; recent Lebanese elections have consolidated Hezbollah's powers. Irrespective of Moqtada Al Sadr's victory in the Iraqi elections, the political outcome in the country will be more favourable to Tehran than Washington, and, finally, Yemen is becoming the Afghanistan of Saudi Arabia.

Such a debacle cannot be tolerated any longer by the Axis of Restoration, the unholy alliance of the US, Israel and Sunni Arab kingdoms. The "existential threat" represented by Tehran, Baghdad, Damascus and Beirut, the Axis of Resistance, must be stopped and rolled back.

Israel is at the forefront of this effort providing the narrative, Washington is selling the military procurement, and Riyadh, as usual, is giving the money. The first theatre selected to inverse the trend is the already devastated Syria, while the main target is now the Iranian presence in the country.

Israel and its partners resemble a poker player who had played his hand badly and is trying to recover from a largely compromised situation. The obsession with the Shia Crescent led to more than a flirtation with the Sunni jihadists in a joint bid for Assad's removal; unfortunately, the conflict took an outcome different from the one hoped for.

Israel and its partners are now confronted with two options: accepting the fait-accompli, and disguising it with irrelevant strikes on secondary Syrian targets cleared by Moscow, or overthrowing the table through a direct conflict.

Trump's decision on Iran's nuclear file should be understood within such a context. It is similar to a wife who starts a lawsuit for divorce today because her husband could betray her in 15 years time; in one word: absurd.

Dancing on the dead: US embassy opens an era of bloodshed
David Hearst
Read More »

It is so self-damaging that it must conceal something else: a green light for an Israeli-Iranian conflict in Syria. Effectively, remaining at this poker table, the game is perceived as largely compromised, and is no longer sustainable even for the serial self-harming members of the Axis of Restoration.

Trump's proclaimed intention to disengage from the region is not serious. He has already shown the capacity to disprove himself with the same ease with which he breathes. Of course, if the US joins Israel in the conflict, the chances of success would improve, but also the risks.

Russia could react. Furthermore, it will not be easy to lure Iran into an open conflict providing the solid casus belli that is currently missing. Iranian leadership usually acts with restraint and prefers to choose the timing and the place for its retaliation against "provocations".

Last but not least, although B&B are specialised in manufacturing cases for war, their reliability and marketing capabilities have become less and less convincing.

And, by the way, Middle East is still experiencing, after 15 years, the "unintended consequences" of the first chapter of the trilogy. Stay tuned: the best is yet to come.

- Marco Carnelos is a former Italian diplomat. He has been assigned in Somalia, Australia and at the United Nations. He has served in the foreign policy staff of three Italian prime ministers between 1995 and 2011. More recently he has been Middle East Peace Process Coordinator Special Envoy for Syria for the Italian government and, until November 2017, ambassador of Italy to Iraq.

Photo: US President Donald Trump speaks alongside National Security Adviser John Bolton (R) during a cabinet meeting in the Cabinet Room of the White House in Washington, DC, 9 May 2018 (AFP)