Dancing on the dead: The US embassy opens a new era of bloodshed

David Hearst
The outside world, with its shattered limbs and destroyed lives, had been surgically removed from the consciences of those at the US embassy in Jerusalem 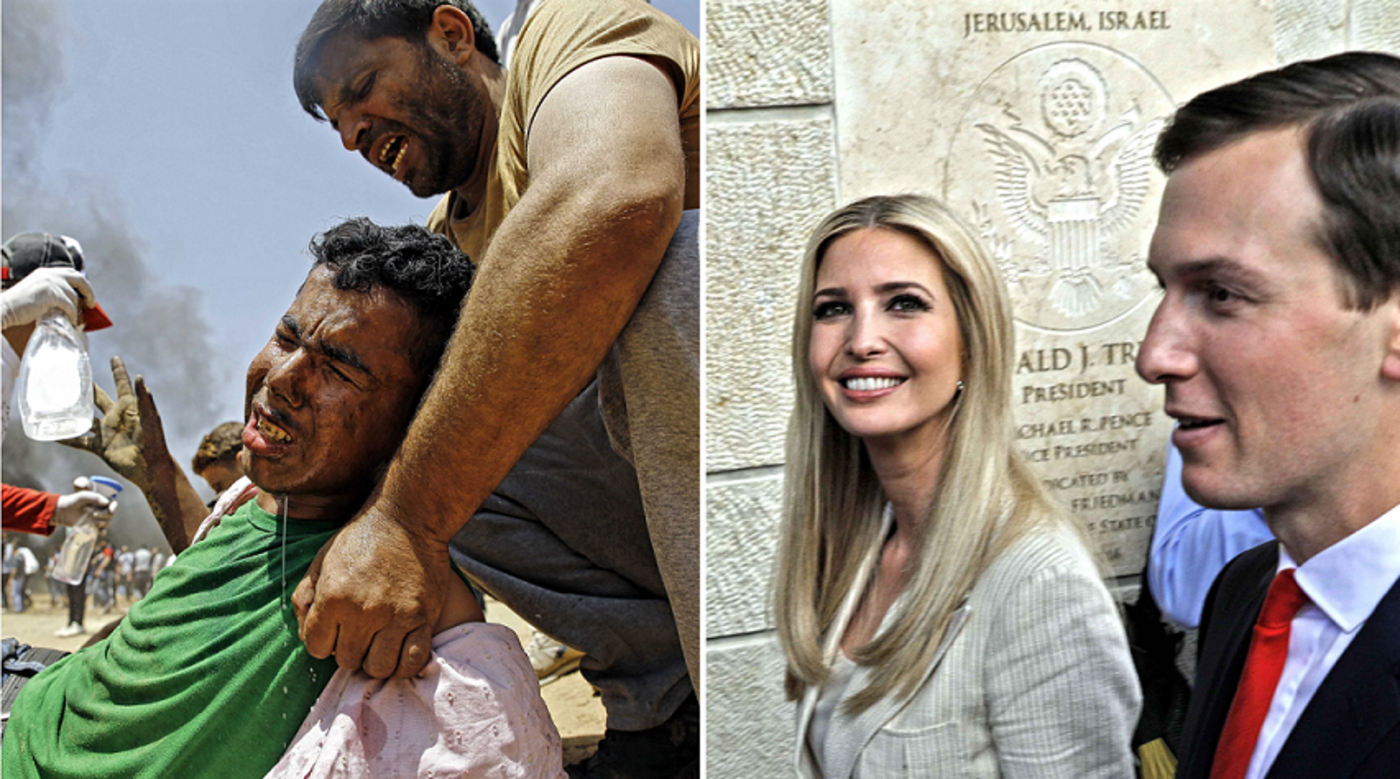 Four days after the coronation of Russia's Tsar Nicholas II and his wife Alexandra, a banquet was due to be held for the common folk at Khodynka Field in Moscow, where each participant was to be given a bread roll, a piece of sausage, a pretzel, a gingerbread and a commemorative cup.

Needless to say, word got around and hundreds of thousands gathered overnight for their free gifts. In the early morning, rumours began to spread that the beer had run out, also that the celebration cups contained a gold coin. The crowd surged, panicked and 1,389 people were trampled to death in a ditch.

The emperor and empress were informed. Initially, Nicholas wanted to cancel the ball at the French embassy that night. But wiser counsel prevailed: his no-show would have offended the French, and so the festivities carried on.

Nicholas and his wife visited the site of the stampede, now cleared of bodies, and attended the ball. It became known as the Khodynka Tragedy, and continued a long Russian tradition of dancing on the bodies of the dead.

Jared and Ivanka Kushner do not have the excuse of ignorance: they are not living in Tsarist Russia, where news travelled slowly. As they gathered in the courtyard of the former US consulate in Arnona in Jerusalem on Monday, apprehension flittered through the joyous gathering as the death toll in Gaza continued to mount.

Forty-two dead and 1,700 injured by live fire - at the time of writing - was not enough to curb their enthusiasm. Nor did Jared think for one minute of altering his text. He had a messianic look in his eyes. He had come to deliver the truth.

“I am so proud to be here today in Jerusalem the eternal heart of the Jewish people,” he began. “We stand together because we both [America and Israel] believe in freedom.

Not only was he there as a representative of the President of the United States, but as a peace broker too. And as a peace broker, this is what he said about the massacre going on in real time only 75km away: "Those provoking the violence are part of the problem, not part of the solution.”

Nor do the Kushners have the excuse of witnessing a disaster, like a stampede. The mass killings were premeditated. What the Israeli snipers were doing was literally acting on the orders of the Defence Minister Avigdor Lieberman, who told The Jerusalem Post on 8 April that there are no innocent people in the Gaza Strip.

Today, MEE contributor Hind Khoudary reported from Gaza: ”All I saw in the past hour is blood, with people's heads, necks and chests injured. The Israelis have been shooting randomly at protesters the minute they tried to break the fence. Some bodies are still trapped there too, and ambulances can't reach them."

The Israeli snipers were literally acting on the orders of the Defence Minister Avigdor Lieberman, who told The Jerusalem Post that there are no innocent people in the Gaza Strip

Sawsan Zaher, a lawyer for Palestinian advocacy group Adalah, said: "The sound of snipers was very intense. The use of tanks as well was very much heard. What we heard and what we saw definitely reflect the high numbers of deaths."

In Indonesia Hospital in northern Gaza, the morgues were filling up with bodies. "Those wounded are lying on the floor - there are no more beds to accommodate them. The hospitals are overflowing," Maram Humaid told Al Jazeera.

"There is a state of anxiety in the hospitals. Ambulances have not stopped arriving. The refrigerators are filling up with bodies and hundreds of people are crowded near them, distressed by the news of the killing of their loved ones.”

A surgical strike on the Kushners' consciences

But the jolly throng in the courtyard kept on clapping, and rising to their feet as Kushner congratulated his father in law on exiting “a dangerous and flawed and one-sided" deal with Iran. All that standing together, because it was “the right thing to do” went to their heads.

The outside world, the world they actually live in, with its flowing blood, shattered limbs and destroyed lives, had been surgically removed from their consciences. The former Israeli army spokesman Peter Lerner  tweeted that Gazans were trying to ruin their celebration. It must have been the Tsar and Tsarina's thoughts too.

Fifty-two dead and 2,400 injured - the figures have risen in the time taken to write this column - had become the new normal.

At least the Russian Tsar showed some signs of remorse: these present-day lords of the land show none.

The stampede at Khodynka happened in 1896. Gaza is taking place in real time before our eyes.

Photo: Different worlds: an injured protester is treated in Gaza; and Ivanka Trump and Jared Kushner attend the opening of the US embassy in Jerusalem. Both events happened 100km apart on 14 May 2018 (AFP/Reuters). 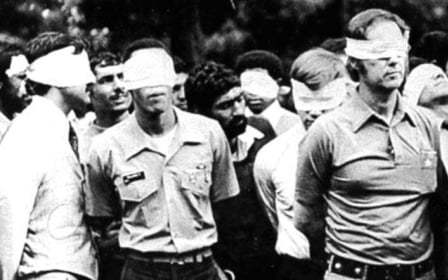