'Burn them, shoot them, kill them': Israelis cheer in Jerusalem as Palestinians shot in Gaza

While the US officially transferred its embassy to Jerusalem, Israeli forces killed scores of demonstrators in Gaza 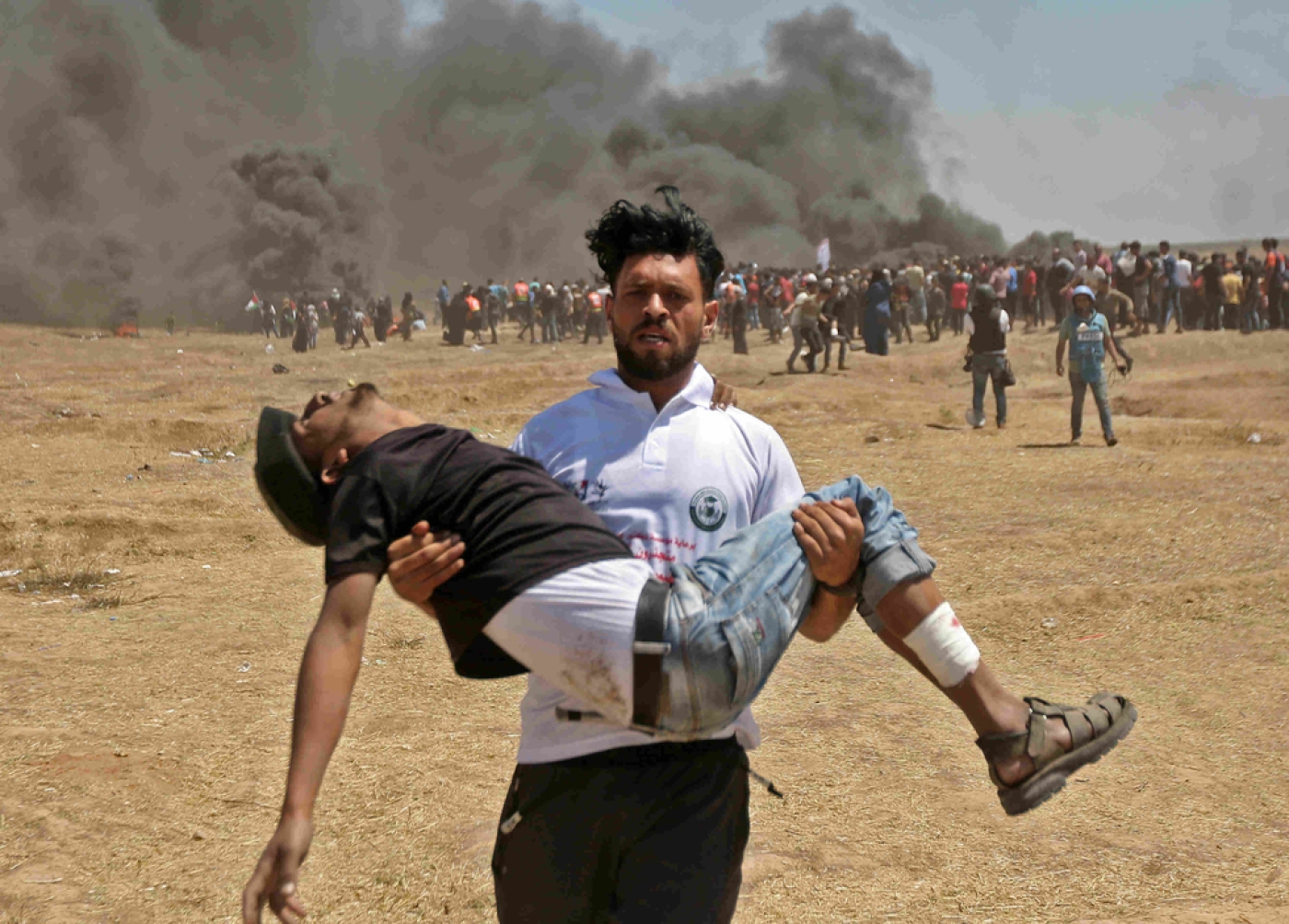 GAZA CITY - The contrast could not have been more jarring on Monday between Jerusalem and Gaza, even as a mere 75 kilometres separated the two.

As American and Israeli officials inaugurated the move of the US embassy to Jerusalem - an Israeli victory over the international community’s rejection of its claim to Jerusalem as its capital - Israeli forces gunned down Palestinian protesters in Gaza, the death toll rising inexorably throughout the day.

'Friends, what a glorious day, remember this day. This is history. Mr Trump, by recognising history, you made history'

"Friends, what a glorious day, remember this day,” the Israeli leader said in a triumphant address on Monday. “This is history. Mr Trump, by recognising history, you made history.

"All of us are deeply moved and grateful. The embassy of the most powerful nation on earth, the United States of America, opened here."

Trump's son-in-law and senior advisor Jared Kushner also gave a speech at the ceremony, during which he hailed US support for Israel, seemingly casting aside concerns about the Israeli army’s actions in Gaza occurring at the same time as his speech.

"We stand with Israel because we both believe in human rights, democracy worth defending, and believe that we know that it is the right thing to do,” Kushner said.

Meanwhile, just outside the new embassy, Palestinian demonstrators in Jerusalem were brutally repressed by Israeli forces.

MEE witnessed dozens of unarmed Palestinians beaten and arrested by Israeli security forces outside the embassy, eliciting cheers from Israeli demonstrators who came out to support the embassy’s opening.

“Burn them”, “shoot them”, “kill them”, the Israelis chanted.

My feed is a mixture of people in Jerusalem celebrating the #EmbassyMove and people in #Gaza trying to ruin that celebration.

But in Gaza, Palestinians expressed their deep anger and disbelief at the celebration occuring in Jerusalem as hundreds were indiscriminately shot by Israeli forces.

According to Gaza's health ministry, fifty-eight Palestinians had been killed and 2,410 had been wounded by Israeli forces in the bloody culmination of the six-week “Great March of Return” in Gaza which had already claimed 49 lives before Monday.

In total, 101 Palestinians have been killed during demonstrations in Gaza since 30 March.

The scenes in Gaza in the zone close to the fence separating the small Palestinian enclave from Israel were ones of chaos and blood since the morning, with numerous demonstrators shot in the head, neck or chest.

A number of bodies were trapped close to the fence, army fire too heavy for ambulances to reach them.

“A lot of Palestinians died today for the sake of Palestinians peacefully protesting, and we won’t give up on the blood they shed,” Wadee Masri, 52, told Middle East Eye. “I came here to participate in the march, to prove that I am a person that has a right to return to my land.

“Celebrations today in Jerusalem make me feel sad for what the US did against Palestinians,” he added. “There is no peace without Jerusalem. We will live and die fighting for Jerusalem.”

International groups decried the situation in Gaza as a “bloodbath”.

“The policy of Israeli authorities to fire irrespective of whether there is an immediate threat to life on Palestinian demonstrators in Gaza, caged in for a decade and under occupation for half a century, has resulted in a bloodbath that anyone could have foreseen,” Human Rights Watch said in a statement.

Jamal Zahalka, a political leader for Palestinian citizens of Israel, told MEE that Israel and the US bore responsibility for the violence in Gaza.

'Jerusalem is the capital of Palestine, and Trump and the USA cannot decide to give our land to Zionists'

"This is a violation of international law. Trump and the US are responsible for all the blood that has been shed since the US decision," Zahalka said.

"Those who are celebrating today [the US embassy inaguration] have blood on their hands."

But despite the trauma of the deadliest day in Gaza since the 2014 war, Samira Mohsen, a 27-year-old protester east of Gaza City, remained defiant despite the heavy toll of the day’s demonstrations.

“One day we will be celebrating in Jerusalem, we will pray there, no one will ban us,” she told MEE. “My dream is to see Jerusalem. Jerusalem is the capital of Palestine, and Trump and the USA cannot decide to give our land to Zionists.” 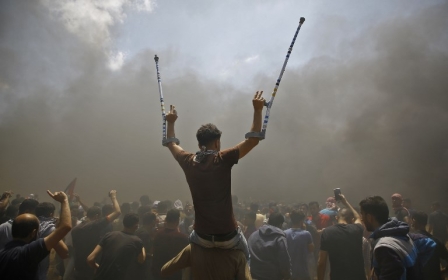 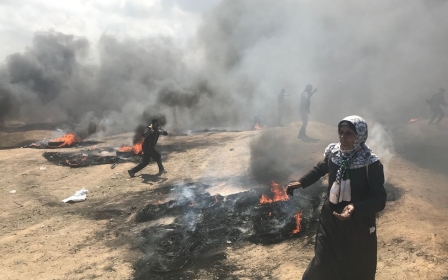