Birth of a second Hezbollah? Where Iran stands in a post-war Syria

Shahir Shahidsaless
No matter what government is in power in Syria in the future, Iran has secured a strong paramilitary foothold and political presence in Israel's backyard 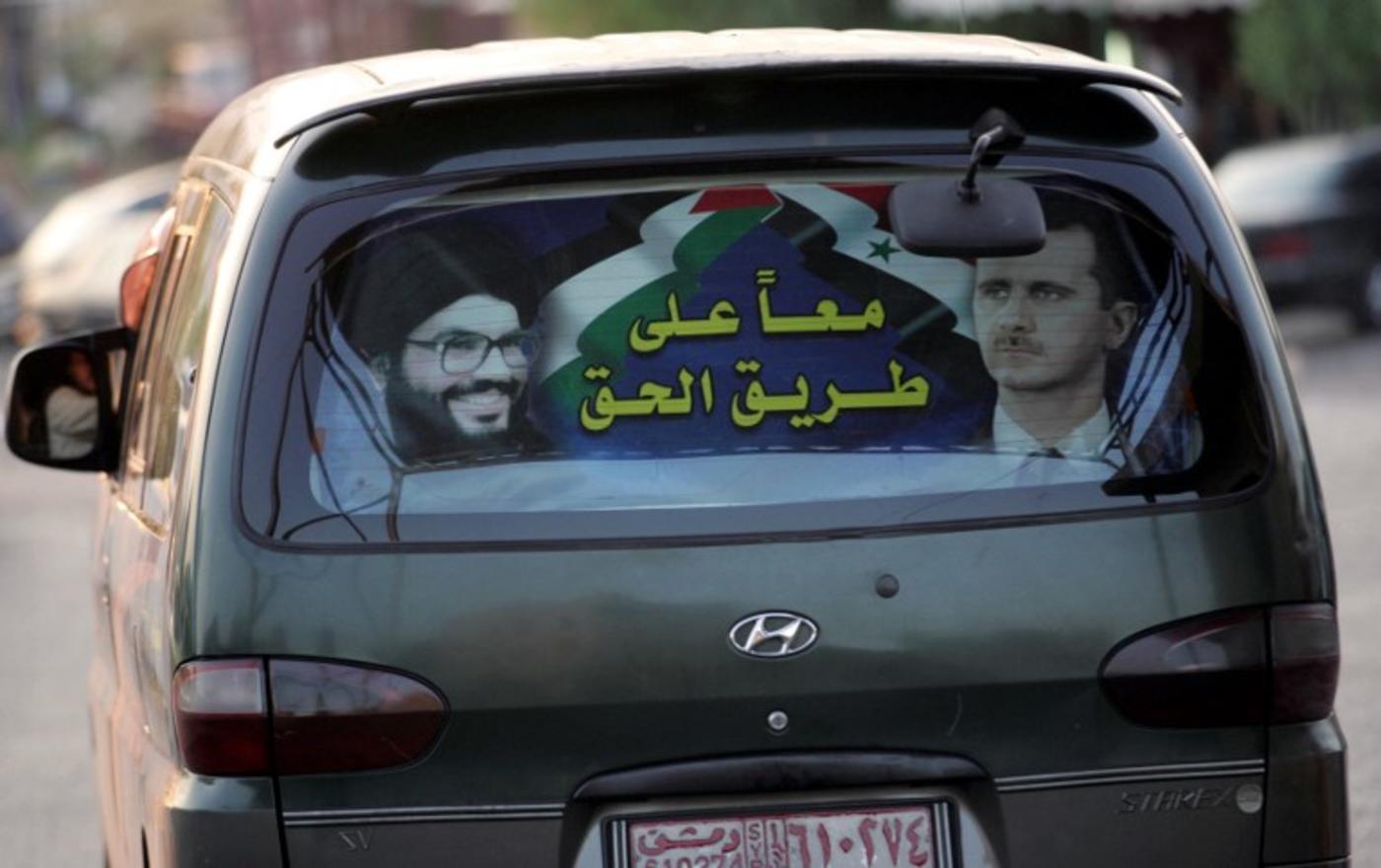 Shortly after the Iranian Revolution in 1979, the two regimes in Tehran and Damascus forged an enduring alliance that superseded the fundamental differences dividing the two states, including the debates of Arab versus Persian and secular versus Islamic.

What solidified the nascent alliance between the two states was a mutual threat posed by three daunting enemies: Iraq, at the time ruled by Saddam Hussein, Israel, and the United States.

In April 1982, in a glaring sign of support of Iran, Syria shut down the Kirkuk-Banias pipeline which had previously, at its peak, delivered 1.2 million barrels of Iraqi oil for export each day. The move left the Iraqis with only 650,000 barrels of crude exported each day.

Why is Syria vital to Iran?

A hostile position toward Israel is one of the pillars of Islamic Iran’s foreign policy. This enduring hostility has deep religious, historical, political, and socio-psychological roots.

In the 1980s, the Iranian Revolutionary Guards (IRGC) funded, organised, and trained Shia forces in Lebanon under the Hezbollah banner. The objective was three-fold: to change the balance of power in favour of the Shia community in Lebanon, to use Hezbollah as a deterrent force against Israel if it decided to begin a war against Iran, and to confront the unchallenged hegemony of Israel in its proximity.

The doctrine proved a success: in the 2006 asymmetric war between Israel and Hezbollah, the latter emerged as the only Arab military power who could counter Israeli aggression.

To provide weapons to Hezbollah, Syria became a vital corridor connecting Damascus to Tartous on the Mediterranean coast, which runs adjacent to the Lebanese border. Then came 2003.

As a result of a strategic American mistake involving Iran’s staunch foe, Iraq, Saddam Hussein’s regime collapsed. The mistake brought to power certain opposition Shia groups that were weaponised, trained and funded for years by Iran. This development suddenly expanded Iran’s sphere of influence and connected Tehran to Hezbollah in Lebanon through Iraq and Syria almost unobstructed.

Eight years later, as part of the pro-democracy upheavals in the Arab world, the so-called Arab Spring protests erupted in March 2011 in Syria. The uprising against the dictator, Bashar al-Assad, rapidly transformed into a bloody proxy war that drew in regional competitors and world powers.

The Iranian ruling system was threatened not only by the rise of the brutal anti-Shia Islamic State (IS) group, but also by potentially losing Syria to its radical Sunni competitor, Saudi Arabia, which has reportedly, since the summer of 2013, been the main player financing and arming the rebels fighting Assad's regime. Assad’s collapse would have also have been a monumental blow to Iran’s strategic depth and thus its deterrent power against Israel.

Iran’s doctrine in Syria and Iraq is that "if we don’t defend our strongholds outside of our borders we will have to fight our enemies inside our borders”. Accordingly, Iran heavily invested in Syria. Staffan de Mistura, UN special envoy for Syria, has previously estimated that Iran spends $6bn annually in the Syrian war.

In May 2014, Brigadier General Hossein Hamedani, who had reportedly supervised the funding for the NDF, said that Iran had organised roughly 70,000 pro-Assad NDF fighters into 42 groups and 128 battalions. Hamedani was killed near Aleppo in 2015.

In addition, numerous reports confirm that the Fatemiyoun Brigade - composed of thousands of Afghan Shias who fight under the auspices of Hezbollah Afghanistan, the Zaynabiyoun Brigade (the Pakistani version of Fatemiyoun), Hezbollah of Lebanon, and the militia group Kataib Hezbollah of Iraq - are actively involved in the Syrian war under the Iranian IRGC’s direct control.

Modelled after the Lebanese militant group Hezbollah and the experience of coordinating with proxy militias in Iraq, this large, battle-hardened paramilitary base in Syria will provide assurance to Iran by emerging as a decisive political force in Syria once the war is settled, no matter which government is in power as it happened in Lebanon and Iraq.

This simply means the birth of a second Hezbollah and an Iranian foothold right in Israel’s backyard with Syria.

It was against this backdrop that, at Israeli Prime Minister Benjamin Netanyahu’s request, Russian President Vladimir Putin met with him on 23 August. Speaking after his meeting with Putin, Netanyahu said Iran is trying to "Lebanonise" Syria and take the country over using Shia militias.

He added, “When we have done this in the past, we did not ask permission but provided an update on what our policy is. … The international community knows that when we say something, we also carry it out.”

But will Iran leave Syria after investing years of blood and resources in the country simply because of Israeli threats? Of course not.

According to Rami Abdurrahman, the head of the Syrian Observatory for Human Rights, “it is almost impossible to prevent Iran from achieving its goal, after it spent hundreds of millions of dollars and sent arms and fighters to help keep Assad in power … Iran's influence in Syria is unstoppable even if Bashar Assad leaves power because Iran has deep links and presence in Syria.”

Can Russia come to Israel’s aid and push Iran to leave Syria? Unlikely

Israel has carried out several hit-and-run strikes on Iran-backed forces and their caches of weapons and ammunition, but hasn't taken responsibility for most of the operationally limited attacks publicly.

A full-fledged war against Iran-backed forces in Syria could potentially expand to an all-out war between the two states. Iran, despite constant heated rhetoric against Israel, is extremely cautious and seeks to avoid such an outcome. So too with Israel, despite its tenacious saber-rattling against Iran.

Israel has serious limitations if it wants to go to war against Iran, according to Major General Yair Golan, who served as deputy chief of staff in the Israeli military until May 2017. “We cannot fight Iran alone,” he said during a speech at the Washington Institute for Near East Policy earlier this month. Israel, he added, would need the US military to confront Iran if hostilities broke out in the future.

As with its mastery of Lebanon and Iraq, Iranians will be a decisive political weight in the future of Syria with or without Bashar Assad.

Can Russia come to Israel’s aid and push Iran to leave Syria? Unlikely. Russia’s alliance with Iran under the geopolitical status quo, which is likely to perpetuate into the foreseeable future, is deep and strong. Among several other reasons, there is a powerful common interest: the two states fundamentally reject US hegemony.

Photo: A Syrian van with a poster of Hezbollah leader Hassan Nasrallah and Syrian President Bashar al-Assad covering its window arrives at Masnaa, the Lebanese-Syrian crossing border in the Bekaa Valley (AFP)