Blood, bribery, and the two islands: An Egyptian tale 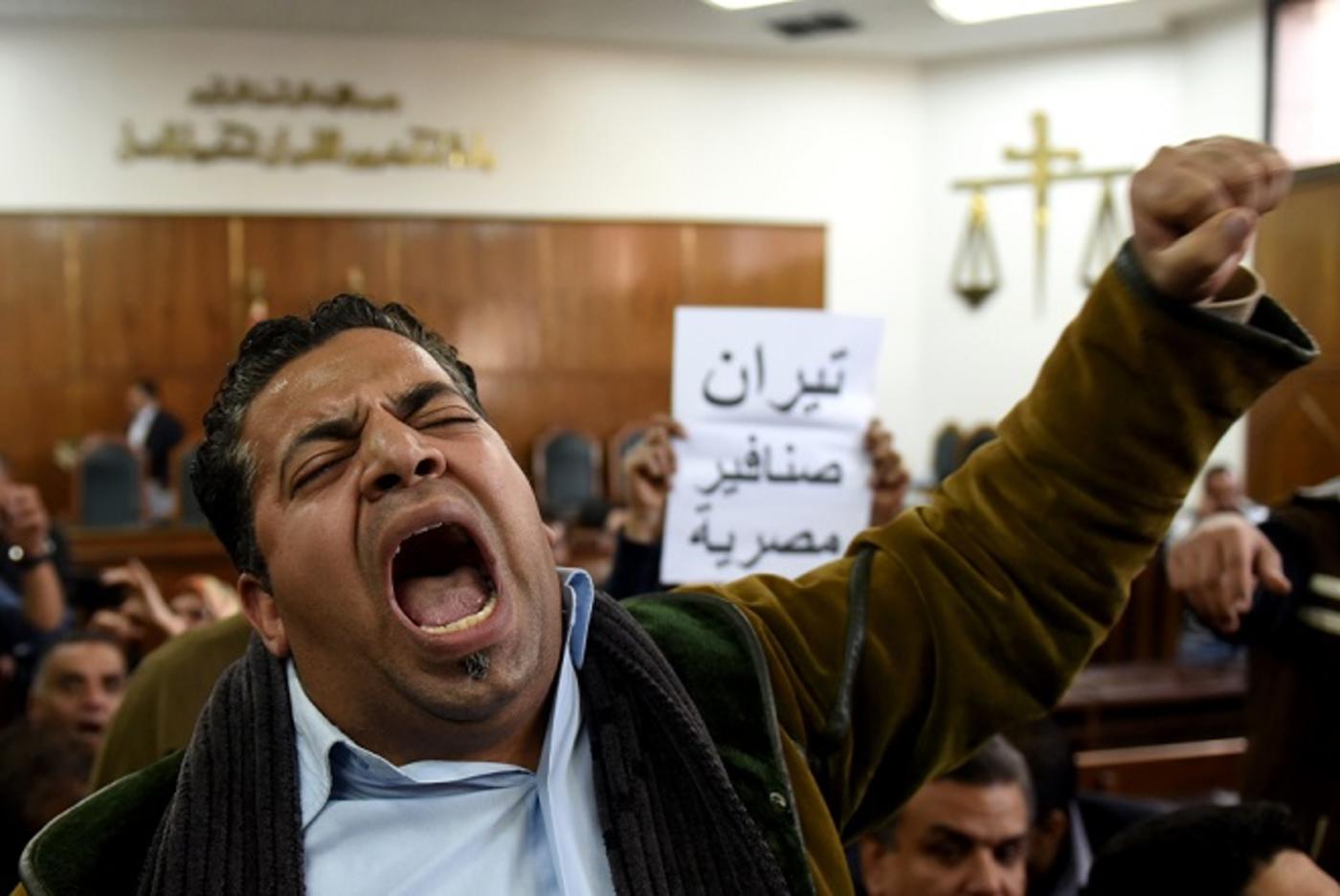 In focusing on the Red Sea islands alone, many are transfixed by an emotional tree, but miss the forest: judicial independence

Widespread anger and the largest demonstrations to take place since Sisi took power occurred on 15 April, with a second round of demonstrations and preventative arrests 10 days later.

Weeks later, the State Council (SC) – the judicial body that oversees any legal action taken against the government - voided the Sisi-Saudi agreement on 21 June. But immediately afterwards, the State Lawsuits Authority appealed the decision.

Naively, the Sisi regime thought perhaps that reaction to the islands sale would boil over in a day or two. Wrong again: just on Wednesday, multiple opposition groups announced demonstration to coincide with a final ruling on the islands by the Supreme Administrative Court, slated for 16 January.

“The Egyptian judiciary is independent,” Sisi has said on multiple occasions. Yet facts have consistently belied such assertions and the so-called Marriott Cell - involving Al Jazeera journalists Peter Greste and Mohamed Fahmy - is but one example of many.

With a 16 January final State Council verdict on the islands fast approaching, it is becoming crystal clear that the regime is exerting massive amounts of pressure on the council.

The struggle over the islands turns out to be the tip of the iceberg in a battle between Egypt’s judiciary and the executive branch, a cinematic drama involving bribery, a mysterious hotel stay and what some believe may have been a murder.

Three days after Christmas, Ahmed Gamal El Labban, director of the State Council purchasing department in charge of allocating paper, ink and computers to the country’s courts, received a knock at his door.

Given the timing with the islands appeal in court, close watchers were left scratching their heads with respect to the timing and public nature of this 'bribery' case

The Administrative Control Authority (ACA), a body of mostly retired police and army officers which oversees public agencies, had arrived to investigate his home, a source who is a high-ranking official in the State Council told Middle East Eye.

Rather than report the news, the pro-government Egyptian press relayed the story as if it were handed a fact sheet written by a regime diehard. El Youm 7 reported that what was found resembled Ali Baba’s cave, certainly not reporting, but editorialising and mirroring the government position.

READ: In Egypt, journalism is a crime

But given the timing with the islands appeal in court, close watchers were left scratching their heads with respect to the timing and public nature of this “bribery” case.

As it turned out, El Labban was a partner in a foreign currency exchange centre, something that was well-known among court judges and administrative employees. "I knew he was the owner of an exchange company,” said a deputy to one of the judges in the court’s private council.

In fact, “many of State Council employees, sent abroad, exchanged currency from El labban himself,” contended our supreme court source.

With minimal investigation, the ACA could have confirmed these facts. Further, without asserting guilt or innocence of the suspect, the media should have highlighted that many involved in currency trade often shifted those funds from offices to their homes to avoid confiscation.

But in reality, the state had actually “begun an orchestrated effort to ruin the reputation of the State Council,” said the source. Sure enough, when the news of the trove found at Labban’s house hit the wires, it wasn’t described as a potential personal corruption case but “corruption at the SC”.

In the battle between the executive and the judiciary, this was only act one.

Many in the State Council quickly became nervous about the impact that the developing scandal could have on judges, according to the source. Bluntly, the source said, the central question was: is the Sisi regime arm twisting the most powerful council in the nation through an implicit quid pro quo: we let go of this case if you let go of the islands verdict?

If there were any doubts that this was a politicised investigation, they were now falling to the wayside

Despite the ACA’s promises to the State Council that their investigation would stop with Labban, shortly after his house was searched, State Security Prosecution went after the State Council’s general secretary Wael Shalaby in connection with the alleged racket linked to Labban.

If there were any doubts that this was a politicised investigation, they were now falling to the wayside. But why target Shalaby?

“Shalaby was extremely, extremely close to circles of power…he was the direct cause of salary increases received by judges” because of his intimate relationship with Sisi, said the source. During his tenure, State Council offices increased from seven to 21, according to the source.

Being in such a sensitive position can be a double-edged sword: on the one hand, you become a black box of secrets. On the other hand, secrets can be deemed a danger to the few roaming the hallways of power. “He was the man of the regime,” the source said.

Until he was not.

A night at Al Masa

According to the source, the State Council’s private council, which consists of the seven oldest – and, by extension, most powerful members - deliberated and upon hearing a phone conversation supplied by the ACA which implicated, but did not confirm any crime committed by the judge, “pressured” Judge Shalaby to resign.

Why would Judge Shalaby head into the lion’s den willingly?

After his resignation, events turned quickly. Behind the scenes, the State Council asked for a gag order which would have shut down all of the reporting on the Shalaby case, but it was refused.

“A gag order is not a legal decision but a political one,” the source said. “They had used gag orders on far smaller matters touching anyone in the judiciary.”

By law, Shalaby would lose his judicial immunity at midnight and could then be arrested. He didn’t head home. Instead, he headed for "Al Masa", an armed forces-run hotel near Cairo International Airport.

Why would he head into the lion’s den willingly?

No one, including the highly placed source who knew Shalaby, can say with certainty what occurred at the hotel. But it’s very possible that negotiations - maybe say a clean sheet in return for silence about everything he knows - initiated either by Shalaby or by a high army official may have taken place. Many such deals have been struck in similarly unconventional places.

Whatever happened at Al Masa did not go well. The ACA had been intent on arresting Shalaby earlier, but was stymied by his immunity and the State Council. But by 2am, the source said, an arrest warrant was issued for the judge.

“As you know this nation has only one voice, and any contrary voice’s fate is known,” darkly explained the State Council source.

That night, Shalaby called his family: "Don’t worry about me, this will pass over in a day or two." He was wrong.

After 40 hours of investigation into the Shalaby case by the ACA and members of the district attorney’s office, the judge was dead. “My client hanged himself using a scarf he was wearing,” his lawyer told the press.

Labban is now in jail, Shalaby is dead, and the State Council is besmirched with allegations of corruption

News of Shalaby’s apparent suicide leaked quickly and, with the horrible reputation of government security forces regarding prisoner deaths, theories were numerous.

“The ‘suicide’ of Wael Shalaby, despite any questions that may have surrounded him, is not to be believed by any mind," the source said. ‘”If they had material proof of Wael’s ‘suicide’, they would have made it public.”

Labban is now in jail, Shalaby is dead, and the State Council is besmirched with allegations of corruption. “SC has its fair share of corruption just as does every institution” in Egypt, said the source, unblinkingly.

Last year, after Geneina publicly stated that corruption in Egyptian state institutions over four years totaled $68bn, he found himself embroiled in well-publicised legal case against him - one he termed politicised.

The regime vilified Geneina for highlighting corruption, but when the regime sought to attack the State Council, it used the very accusation to sully the reputation of the venerable institution.

Interestingly, later this month and likely not coincidentally, the State Council is scheduled to rule on whether Geneina can return to his former post.

The Tiran and Sanafir and Geneina cases are nothing short of an embarrassment for the government. Are the "bribery" and the "suicide" punishment for judicial independence that Sisi and his cohorts find unacceptable? Or is this an attempt to clip the wings of the last remaining bastion of relative independence within the Egyptian judicial pantheon?

After the 2013 military takeover, 75 judges gathered in a Nile boat and called for a return to democracy. Three years later, “nearly half” were removed from office. There is no stronger example than their removal of how adversely affected the judiciary’s independence has been, said our source.

And now we find ourselves looking at the case of the Red Islands. But this is not about two islands, or even one potentially corrupt employee and one dead one.

At stake is a judicial body fighting for its independence, indeed its very survival, against a muscular regime looking for hegemony.

In focusing on the islands alone, many are transfixed by an emotional tree, but miss the forest: judicial independence.

Photo: Egyptians react on 19 December 2016 at the high administrative court as a judge announces the postponing of a court ruling in the case of two Red Sea islands to 16 January 2017 in Cairo (AFP) 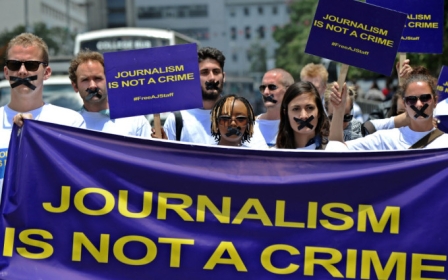 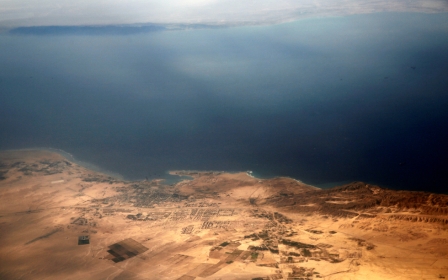 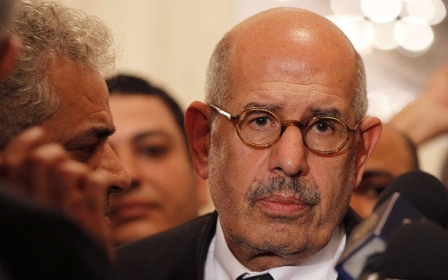