Bombing Syria, and the crisis of confidence in British militarism 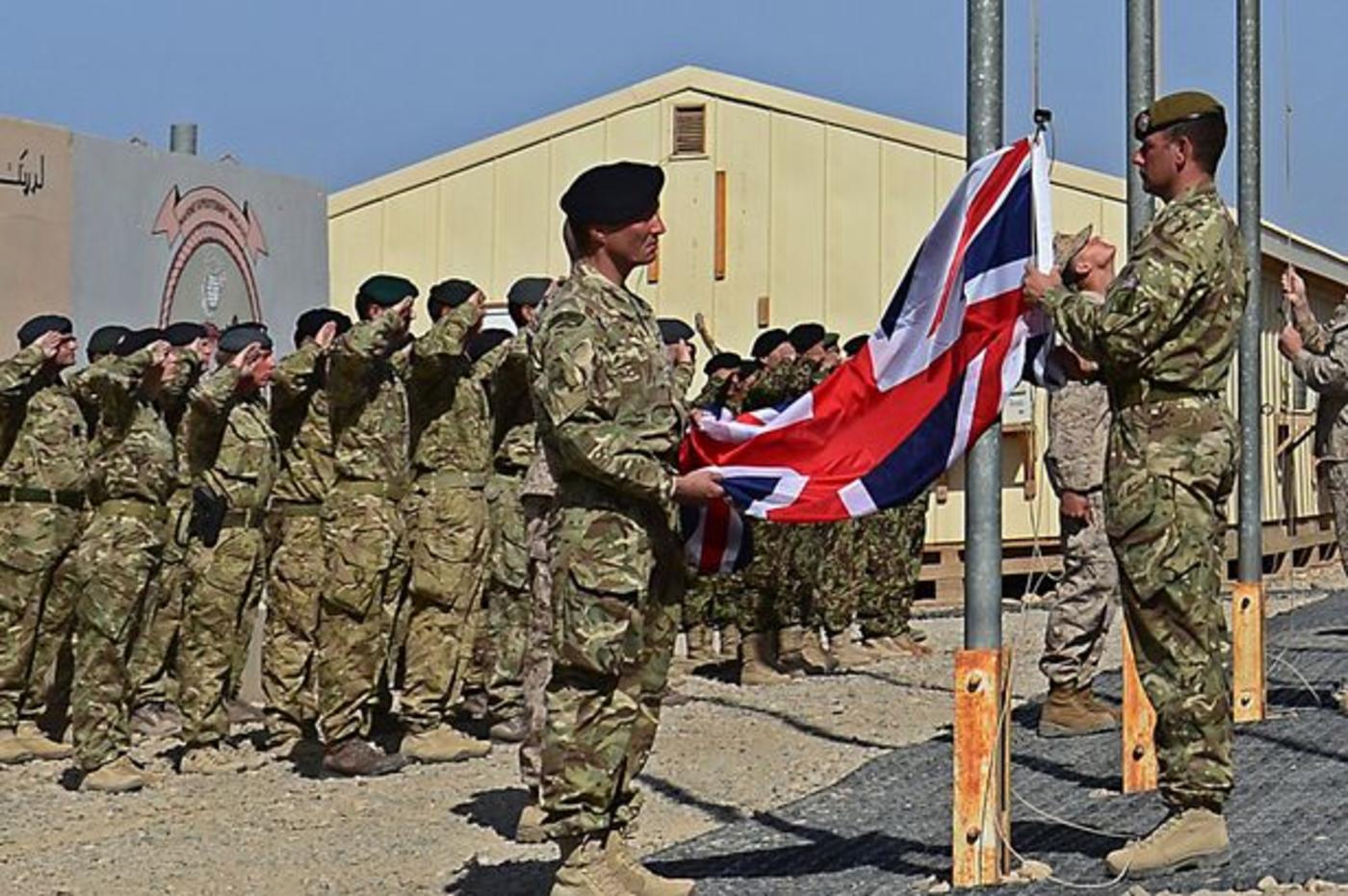 In their underlying presumptions and attitude, the remarks were what you might expect to hear from the military in Turkey or some Latin American country during the Cold War, not the British armed forces in 2015.

A “senior serving general,” bravely speaking anonymously to the Sunday Times, threatened “a mutiny” if the Labour Party were to win the next election under its new leader, Jeremy Corbyn. “The general staff would not allow a prime minister to jeopardise the security of this country and I think people would use whatever means possible, fair or foul to prevent that. You can’t put a maverick in charge of a country’s security.”

The policies which “the army just wouldn’t stand for” if chosen by the electorate include the scrapping of nuclear weapons, withdrawal from NATO, and (stand by for a revealing choice of words) “any plans to emasculate and shrink the size of the armed forces”. None of this, of course, has anything to do with the nation’s security, properly defined.

Renewal of nuclear weapons is far more dangerous than scrapping them, given that contributions to an arms race only serve to increase the risks of war or an accidental nuclear catastrophe. NATO’s function is clearly the projection of power, not defence, given that the end of its supposed raison d’etre, the Cold War, resulted in its expansion rather than its dismantlement. And while Britain remains committed to spending 2 percent of GDP annually on its armed forces, even in the face of brutal fiscal tightening elsewhere, supporters of that policy have failed to explain how it is that the vast majority of developed nations manage to keep themselves safe with much smaller levels of military expenditure.

It is not only Corbyn’s victory in the Labour leadership contest on an anti-militarist platform that has the top brass anxiously crossing their legs. Recent remarks from Sir Nick Houghton, the chief of defence staff, provide a clearer sense of the broader trends that are troubling them. Houghton bemoaned the fact that “we are experiencing ever greater constraints on our freedom to use force,” specifically a lack of public support and resulting difficulties in securing parliamentary approval. The concern was that “if a nation’s assumed willingness to commit to the use of force is only in the face of [a threat to] national survival, then we encourage rather than deter revisionist states and their own ambitions”.

Now we get to the point. What the generals are concerned about is not that Britain would be incapable of using violence as a last-resort means of self-defence, the justification most of us would recognise. It is that the British state could relinquish its role in undergirding and policing a particular world order, a job it awarded itself in the days of empire and which it has been clinging on to desperately ever since.

Nowhere has this role been performed more energetically or more frequently in the modern era than in the Middle East, where currently Britain is both participating in the US-led air campaign against the Islamic State (IS) group in Iraq, and elsewhere providing active back-up to a Saudi-led coalition waging a vicious war on Yemen. Prime Minister David Cameron managed to lose a parliamentary vote on proposed air strikes against the Bashar al-Assad regime in Syria in August 2013, but in recent months his government has been visibly itching to seek a second opinion from the House of Commons on intervention in Syria, this time against IS.

In July, it emerged that British pilots seconded to the US Air Force had been participating in strikes against targets in Syria, in casual disregard of parliament’s decision that UK action should be limited to Iraq. More recently, London was quick to use the growing refugee crisis to bolster the case for outright intervention in Syria, suddenly announcing the extra-judicial execution by drone of two British members of IS, an action for which Whitehall failed to provide a consistent rationale or a proper legal justification. There is a palpable sense of the government straining at the leash, impatiently regarding democratic constraints as a nuisance, and softening up opinion in advance of a new Commons vote, probably in the next couple of months.

Clearly any RAF bombing of IS in Syria, were it to go ahead, would primarily be about defending the regional order in the Middle East (that is to say friendly regimes, and perhaps even the Syrian state, if not Assad himself) from a particular form of violent extremism. But there is something else going on here as well.

After the failure of the British Army to secure Basra and the surrounding areas during the occupation of Iraq, the subsequent failure to secure Helmand province in Afghanistan, and the more recent failure of the RAF to help deliver an effective regime change in Libya, the credibility of the British armed forces is at an all-time low. This is bad news when a core component of British strategy since the end of World War II has been to serve as a useful lieutenant to American military power.

There is therefore a desperate need felt by British militarism to prove and to rehabilitate itself. Politicians and generals want to show Washington that they are still a competent ally and thus retain some semblance of international prestige by riding on the coattails of the global superpower. And the public need to be shown that going to war (for whatever humanitarian justification can be cobbled together at the time) need not always lead to disaster, lest they are drawn toward the “maverick” anti-militarist notions that the likes of Corbyn espouse.

These considerations are likely to be in play in London’s current drive to intervene in Syria, notwithstanding the fact that anyone with a convincing plan to solve the conflict there through armed force has been keeping it a closely guarded secret up until now. Such intervention will probably succeed only in pushing back the date of the inevitable negotiated settlement, and increasing the sum of human misery that will accumulate before that point is reached.

Since the outbreak of World War I, not a single year has passed without British forces being engaged in military action in some part of the world. Underpinning this behaviour, these habits, is a vast institutional apparatus, and a supporting ideology subscribed to by generals, politicians, commentators, journalists, academics, and think-tank pundits. The limits of respectable opinion on these issues are excessively restrictive as it is, without anonymous military figures issuing threats of mutiny to anyone who steps out of line.

It is vital that politicians do not allow such outbursts to have any chilling effect on legitimate, and indeed urgent debates over fundamental national policy. The public has the right to an open, frank and thorough discussion over whether we want to carry on throwing our weight around the world as a nation, at great expense and, more often than not, to horribly destructive effect.