Breaking the silence of Israeli soldiers: A story told, but ignored 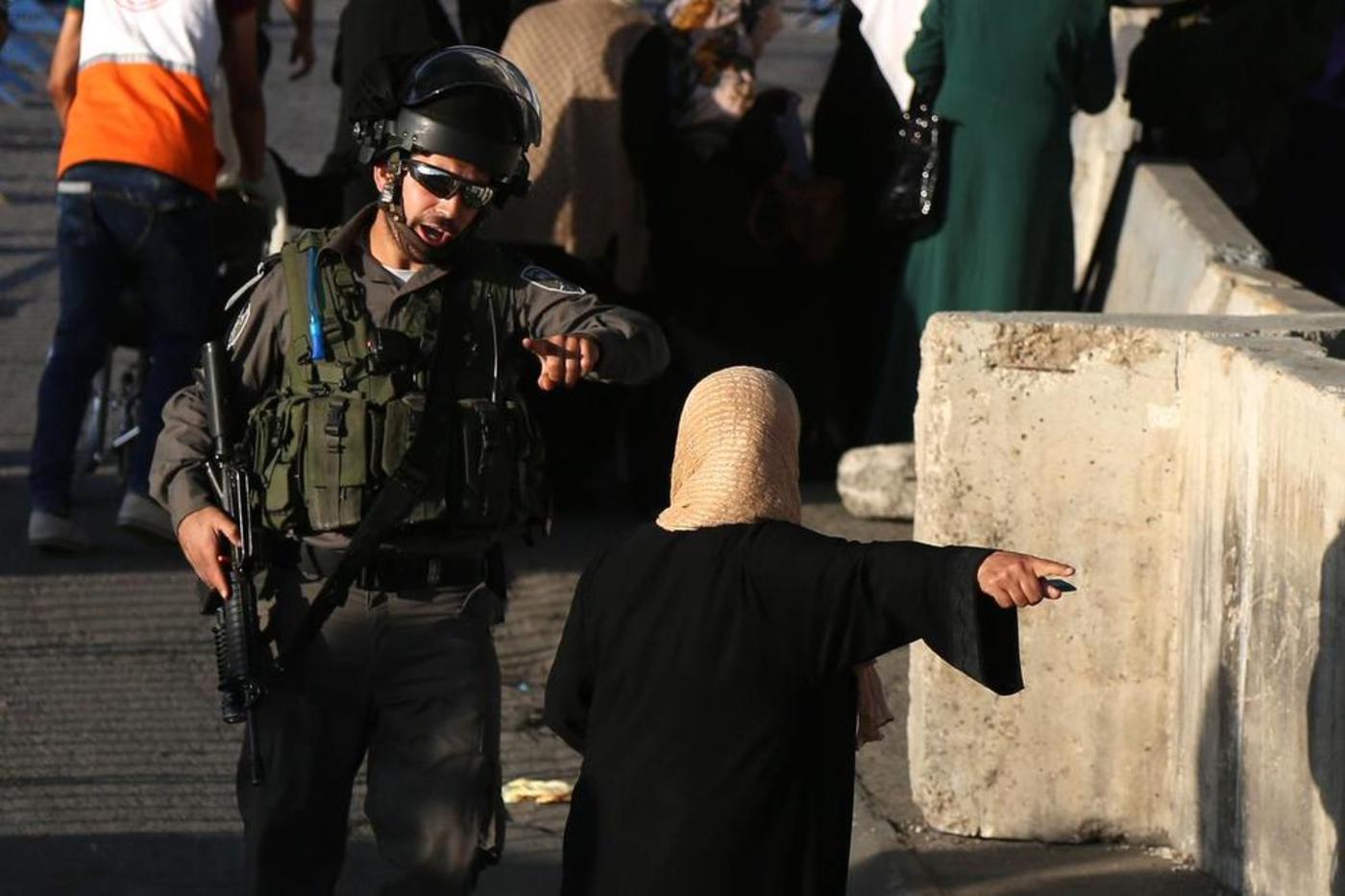 The Israeli occupation of the Palestinian territories, which has now entered its 49th year, has its traditions. One of these traditions is the testimonies given by Israeli soldiers on their doings, and mainly their wrongdoings in the Occupied Territories. The ex-soldiers - from the 1967 war up the last war on Gaza a year ago - are ready to tell, to ease the burden. The public is not always ready to hear.

Four months after the 1967 Six-Day War, a tiny booklet named "S'iah Lohamim" (literally "Soldiers' Talk," the English title was "The Seventh Day,") appeared with a collection of testimonies by dozens of Israeli soldiers who participated in fighting. They spoke frankly about their uneasy experience as occupiers in the West Bank and Gaza. The booklet that was edited by Avraham Shapira became a huge bestseller and caused heated moral discussions within Israeli society.

A recent documentary disclosed that many of the more incriminating testimonies about intentional killings of enemy prisoners and civilians in the 1967 war were censored, but nevertheless an intense discussion of the moral dangers of controlling a civilian population against its will began back then, when occupation was young.

When Israeli soldiers began talking about how they were ordered to break the hands and legs of Palestinian demonstrators during the First Intifada that broke out in 1987, their testimonies were published in all the daily newspapers and had a direct effect on Israeli public opinion. It is true that they did not put an end to violence, but it is hard to see the Oslo Agreement coming into being in 1993 without the public debate on the fate of the occupation of the Palestinian territories which those witnesses set into motion.

This is not to say that when the Israeli public heard what was being done in their name and by their army, it rushed to demonstrate or to change the government's policy. The fact is that the occupation has been going on for 48 years. But this moral discussion did have an impact. The hundreds of thousands of Israelis who demonstrated in Tel Aviv in 1982, after the massacre in the refugee camps of Sabra and Shatila following the Israeli occupation of West Beirut, pushed the government to set up an inquiry commission and to withdraw the Israeli forces into southern Lebanon.

With the Second Intifada that broke out in October 2000, things began to change. Much less space was given to the moral implications of Israel's actions in the West Bank and Gaza. The suicide bombings in the heart of Israeli cities - which made almost every Israeli feel that he was a living target - certainly played a part in this process. The failure of the Camp David talks in July 2000 and the claims made by the then Israeli prime minister Ehud Barak that "there is no Palestinian partner" added to this. Israelis found a comfortable way to put all the blame on the Palestinians.

Yet the tradition of soldiers recounting their moral dilemmas while serving in the Israeli army did not end. In 2004, while the Second Intifada was still on, a group of veteran Israeli soldiers decided to "break the silence" and tell the Israeli public what they did in Hebron and elsewhere in the Occupied Territories: daily harassment of Palestinian citizens with no obvious reasons, plus abuse and excessive use of firepower.

The main motivation behind these young people was the feeling that Israeli media stopped reporting on the plight of the Palestinian citizens in the West Bank and Gaza and therefore the public just did not know what was going on there.

The mainstream media lent an ear to these stories because they were told by Israeli soldiers, not by "biased" Palestinians. These ex-soldiers, who later founded the Breaking The Silence organisation were portrayed as having good intentions, but as being naïve. They did not manage to raise a wider discussion on the necessity and the morality of the army's actions in the Occupied Territories, but their voices were heard.

With Operation Cast Lead in 2009, the attitude towards Breaking The Silence and similar Israeli human rights organisations deteriorated significantly. As these organisations published evidence about excessive use of firepower - sometimes with total disregard to human lives - the tactics used against them by governmental and non-governmental bodies changed.

Instead of dealing with facts, says Micheal Sfard, legal adviser for Breaking The Silence, there was a campaign to delegitimise these human rights organisations. "When we issued our first report, the debate focused on whether we had our facts right," he said. "After Operation Cast Lead, they began talking of us being traitors and about our funding resources."

If the report on Cast Lead was hard to swallow, the report on Operation Defensive Shield, published two months ago, is even harder to deal with. "We had twice as much evidence as in Cast Lead coming from a large variety of points of view, from field combatants to soldiers and officers in command and control positions," says Sfard. What made these more than 60 testimonies even more credible, according to Sfard, was the fact that they were largely consistent with each other.

The picture coming out of the report was alarming. Firing of artillery into populated areas with no clear target, deliberate destruction of whole quarters even after fighting has ended, and "framing" all inhabitants of certain areas as legitimate targets, including firing a tank shell into a house because the soldiers saw one of its blinds moving. "It was similar to Cast Lead, but on steroids," says Sfard.

Yet despite the fact that this evidence came from Israeli soldiers, not from "hostile" international organisations such as the UN Human Rights Council, the public reaction to the report varied from total dismissal to vicious attacks on its initiators.

The most blatant one came when Yuli Novak, the executive general of Breaking The Silence, was a guest on a morning TV programme. "What do you prefer?" asked Avri Gil'ad, a well-known and liked Israeli anchorman, "Thousands of uninvolved Palestinian civilians dead or one Israeli soldier dead?"

As a country raised on wars, Israeli soldiers always had the privilege, if not the duty, to tell the public what they had witnessed in battle. That could explain this tradition, which goes from the soldiers’ accounts in The Seventh Day in 1967 to the Breaking The Silence report in 2015. Yet this time around, these testimonies did not lead to a moral discussion but rather to an effort to silence them. The question is why.

One difference is the scale of human rights violations. While reading the testimonies of ex-soldiers from the First or Second Intifada, even if they report widespread harassment and abuse of civilian population or excessive use of firepower, they are aware that these practices go against the rules. While reading the reports on Cast Lead, and even more so on Defensive Shield, it seems that the rules themselves are not clear. Or worse, the disregard for human lives came from above, from the top echelon of the military command. "We don't know if it was intentional," says Novak, "but at least it was done consciously.”

Novak and Sfard see a direct line coming from the Second Lebanon War in 2006, with its "Dahia Doctrine" of levelling whole neighbourhoods and villages because they were "framed" as enemy strongholds, to the extensive use of firepower in Cast Lead and Defensive Shield in Gaza, which led to the situation where the distinctions between civilians and enemy combatants in war zones have been blurred, if not totally disappeared. "The policy has changed, but they have forgotten to tell the public," claims Novak.

Novak thinks that the role of her organisation is to inform the Israeli public of this policy change and its deadly consequences, and to show that the official claim according to which Israel is doing its utmost to prevent civilian casualties is just not true. But she admits most of the Israeli public does not want to deal with this reality and prefers to attack them personally, as she was attacked in the TV studio. "The Israeli public is scared," she explains.

But Novak is ready to acknowledge that there is another, more alarming, possibility: that the Israelis understand very well that the policy has changed, but they support this change. The remark by Avri Gil'ad on a thousand dead Palestinian civilians against the life of one Israeli soldier is an endorsement of this philosophy.

The Israeli army command did not go as far as Gil'ad with his total disregard to the human cost in Palestinian lives. But it seems that the conclusions the army takes from Operation Defensive Shield are quite similar. According to army sources, the aggressive use of firepower has deterred Hamas, so in their eyes the Dahia Doctrine has worked.

If this is their line of thinking, the next round of violence in Gaza may be Protective Edge on steroids.

Photo: A Palestinian woman talks to an Israeli soldier as Palestinians cross the Qalandia checkpoint on their way to the Al-Aqsa mosque, in the Old City of Jerusalem to attend the third Friday prayer during Ramadan on July 3, 2015 in Ramallah. (AA) 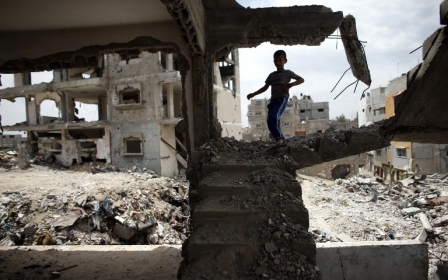 Gaza aftermath
Gaza one year on: 'I died a thousand times every minute' 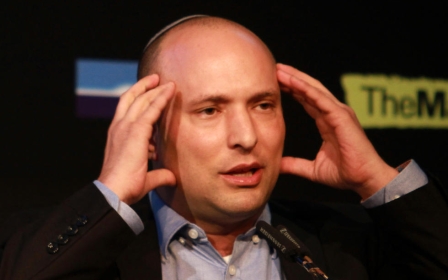 Inside Israel
Israel's change of heart towards Hamas
Meron Rapoport 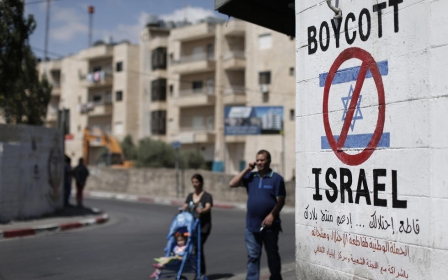