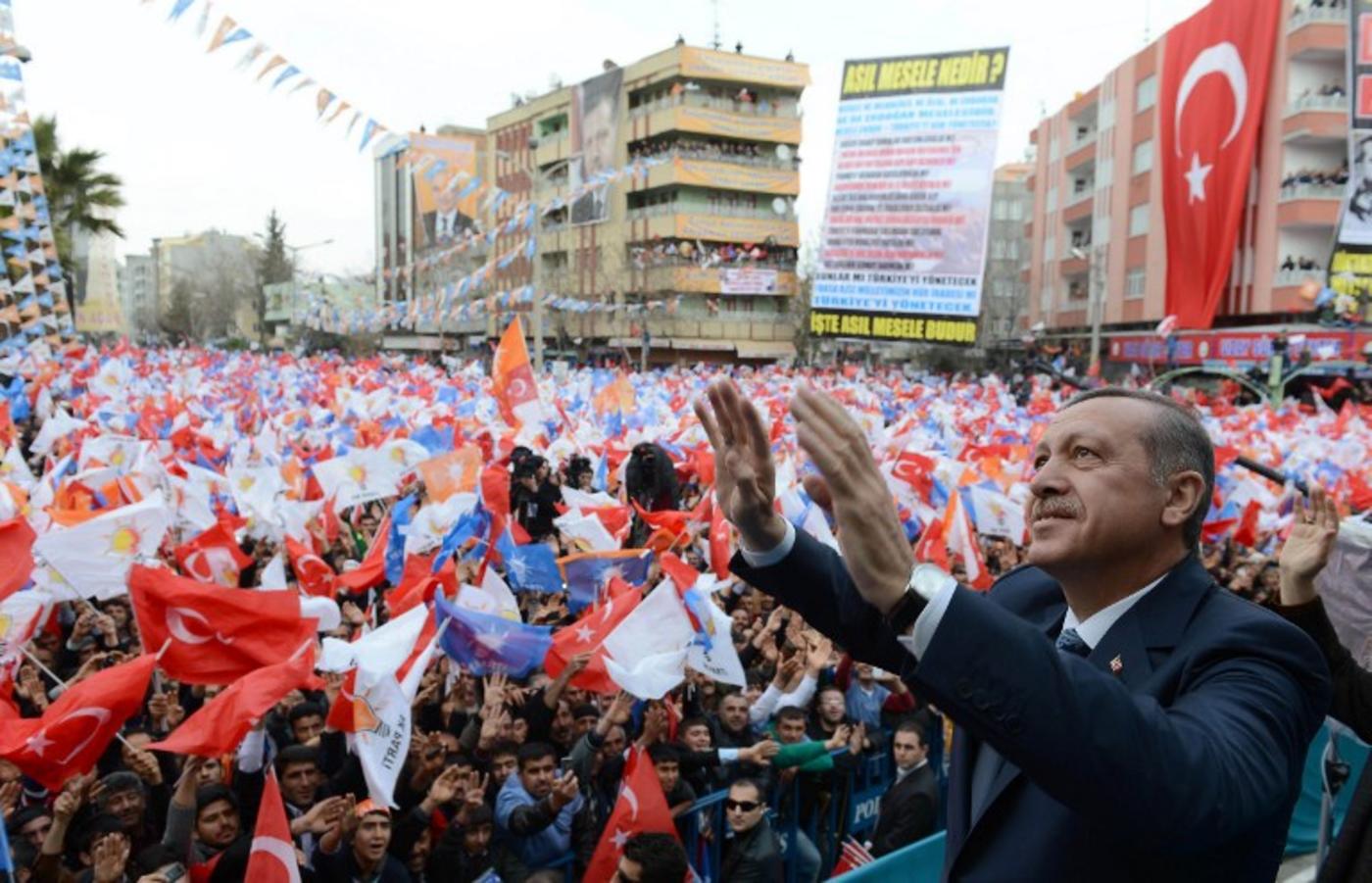 As is custom, several Turkish journalists accompanied Recep Tayyip Erdogan on his recent visits to Pakistan and Uzbekistan. On their way back, the president told the reporters on the plane that the Turkish people must deal with the question of European Union membership with open minds. Joining or not joining the EU, he added, was not the end of the world.

Erdogan did not hesitate to disclose his intentions, pointing out that Turkey may apply for membership of the Shanghai Cooperation Organisation, which consists of six states, including Uzbekistan, and is led by China and Russia.

The president's statements came a few days after an angry speech in which he attacked Martin Schulz, the president of the European Parliament, and called for a referendum on EU membership, a process which has been going on for decades without clear prospects for success.

Turkey’s relations with the EU are in a state of escalating tension which has become more acute following the failure of a coup attempt against Erdogan in July.

Turkey applied to join the European Economic Community (EEC), predecessor to the EU, in the 1960s. Stuttering progress was made on the path in the 1990s, but the process of negotiating EU membership did not take off until 2005.

Although several negotiating rounds started, the process has been slow. Meanwhile, countries in central and eastern Europe that are less advanced economically, less developed democratically and weaker institutionally have gained the right to EU membership.

It is therefore obvious that Europe does not wish to grant Turkey the same right.

It is easy to discern the truth of the European stance toward Turkey. A few years ago, former French president Nicolas Sarkozy could not conceal his feelings when he said: “Europe will not accept the membership of a country that is populated by seventy million Muslims.”

German Chancellor Angela Merkel considers that the best European policy towards Turkey would be the policy of “no membership and no end to the negotiations over joining". In other words, the process of negotiations should be endlessly prolonged while at the same time a permanent link between Turkey and the EU should be maintained.

This is what Merkel said: “Turkey is such an important country that its links with Europe should not be severed.”

Today, Ankara does not conceal its anger at the absence of serious European solidarity with the Turkish people. This was evident this summer when the country was subjected to an overt and brutal coup attempt by a secret organisation that had infiltrated the state and the army and whose leader, Fethullah Gulen, resides in the US while several of its prominent leaders and financiers freely roam the countries of the EU.

That's not all: Europe, which had previously declared the Kurdistan Workers' Party (PKK) a terrorist organisation, is keeping one eye closed when it comes to the organisational, media and political activities in which the party's cadres engage across Europe. Erdogan spoke about this a few weeks ago when he declared that “Europe is sponsoring terrorism".

In contrast, the European Parliament condemned the Turkish government’s campaign to purge the state’s institutions of Gulen’s organisation after it was accused of standing behind the coup attempt last July. The parliament went as far as threatening Turkey with freezing its application for EU membership.

Erdogan’s proposal to call for a referendum on EU membership came in response to a threat made by the European Parliament president that Turkey would face economic sanctions if the country did not stop measures associated with exposing the Gulen organisation's infiltration in state and media institutions.

Europe’s patriarchal attitude is perceived by Ankara to be humiliating for both Turkey and its people.

This tension in Turkey’s relations with the EU coincides with a loss of confidence in relations between Turkey and the US.

Relations between the two have not been so bad since 1965 when US President Lyndon Johnson’s famous message warning Ankara against intervening in the conflict raging at that time between Greek and Turkish Cypriots.

On 6 November, the Chief of the US Joint Staff, General Joe Dunford, visited Ankara and held talks with his Turkish counterpart, General Hulusi Akar, in a meeting that lasted about five hours.

During the meeting, the Americans pledged that Iraq's Popular Mobilisation Units (PMUs) would not be allowed to enter the northern Iraqi city of Tal Afar, which has a majority Turkman population, after its liberation from the Islamic State (IS) group; that the forces of the Kurdish Democratic Union Party (which is Syrian but is known to be one of the branches of the PKK) would quickly withdraw from the Syrian city of Manbij to the east of the Euphrates; that the same Kurdish forces would not be permitted to enter the Arab city of Raqqa in the northeast of Syria that was still under the control of IS, and that the Kurdish role in the operation of liberating Raqqa would be confined to isolating the city but no more.

US-Turkish disagreements over Syria and Iraq have been on the rise for more than four years. The friction is not only linked to the US stance toward the Syrian revolution but also to US policy in Iraq, where the Americans have closed their eyes to the Baghdad government's sectarian attitude and total disregard for Sunni Arab rights, and also to the major role played by the PMUs' sectarian factions in the majority Sunni regions.

During Dunford’s meeting with his Turkish counterpart, the US did not seem to show much enthusiasm for Turkey’s offer to participate in the liberation of Raqqa on condition that the Kurdish Democratic Party forces were completely excluded from the operation.

When the Turks demanded US air force cover for the Euphrates Shield operation - during which the Free Syrian Army units advanced toward the city of Al-Bab with support from Turkish troops in a bid to liberate the northern Syrian strip west of the Euphrates from terrorist forces - the Americans apologised, saying that they couldn't help because they did not want to provoke Russia and the Assad regime.

During the past few days, Dunford’s meagre pledges have started to evaporate.

According to reports from northern Iraq, not only were the PMUs advancing toward Tal Afar, but Kurdish units from the (Syrian) Kurdish Democratic Party, which have occupied Sinjar since its liberation from IS in November 2015, were also on the move.

And in northern Syria, and despite the announcement by the Kurdish Democratic Union Party (PYD) that its units had begun withdrawing from Manbij and were heading east of the Euphrates, reports say these units are heading instead towards Al-Bab in a bid to pre-empt the army’s advance toward the city.

This is not the first time the US has made pledges that the Kurdish PYD forces would leave Manbij, and it is no longer possible to say that much confidence remains between Ankara and Washington.

One view is that US policy in northern Iraq and Syria is aimed at embroiling Turkey in the wars raging inside its two neighbouring states.

Alternatively, the policy of the Obama administration – even in its very last days – can be seen as based on the existence of powers that are hostile to Turkey on the Iraqi and Syrian sides of the border and that endeavour to isolate Turkey completely from its Arab neighbourhood.

The Turkish Republic was born out of the extremely costly war of independence between 1919 and 1922. It represented the first national liberation movement from Western hegemony in the 20th century.

Yet the irony is that those who led the war of independence and proclaimed the republic on the remains of the Ottoman sultanate were also admirers of the West and believers in the idea that Turkey could never progress without following the footsteps of Western civilisation.

For about 100 years, Turkey – the republic – maintained close and institutional ties with the US and the countries of Western Europe. But now we are witnessing an unprecedented period of Turkish skepticism about relations with the West. Perhaps these relations will require a considerable effort to rescue them from further deterioration. 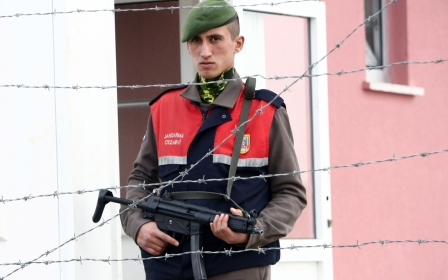 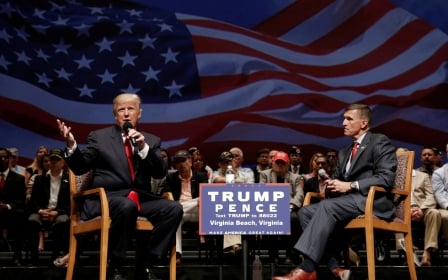 Turkey Politics
Q&A with Turkey's Numan Kurtulmus: What to expect in Turkey-US relations 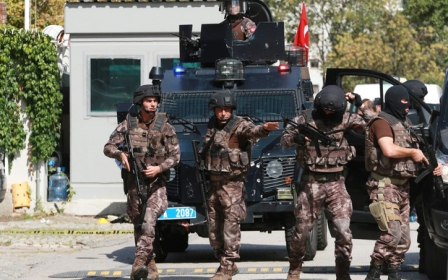