Richard Silverstein
From isolating Iran to lavishing Israel with gifts, Trump - who has yet to concede the election - leaves a disastrous legacy for the next administration Transitions from power are always fraught, even in the most stable nations. In some places, they lead to violent confrontations, civil war or revolution. But the US has always prided itself on smooth, and even gracious, transitions from loser to victor.

Until now, there was a 124-year tradition of losers in presidential elections offering a concession speech. Every outgoing administration has routinely certified the victory of the incoming party, commencing the formal process of transferring government powers from the outgoing to the incoming administration.

US President Donald Trump has turned all of this on its head. On election night, he claimed, against all evidence, that he had won and that the presidential prize was being stolen from him. His administration refused to issue what is normally a pro forma statement affirming that Biden won and could commence the transition process.

Since Trump cannot force the contest into the House of Representatives for a decision, a process that last occurred in the 19th century, he has undertaken a tortuous legal process of challenging votes, specifically in minority districts, claiming that votes for Joe Biden were somehow fraudulent. Beyond the racist animus in such claims, all such challenges have so far been thrown out by the courts.

It's always harder for a politician to undo bad policy than to maintain mediocre policy, as US presidents have done on Israel-Palestine for decades

There is another method by which Trump could find his way back to the White House. If he can persuade election officials of several states (such as Michigan, Georgia, Nevada or Arizona) to refuse to certify their election results, it would deny Biden the 270 electoral votes he needs. That, in turn, would throw the election to the House, where delegations would vote by state for their choice.

Since Republicans control the majority of such delegations (26), Trump could pull victory from the jaws of literal defeat. This is an absurd long shot because Democrats would immediately appeal to the judiciary, which would laugh the case out of court.

Trump is not only throwing a spanner into the works of the US political system, he is grinding it to a halt. Biden and his staff cannot hold the usual meetings with their colleagues in the outgoing administration. After days of refusing to have the president-elect receive national security briefings, which would inform them about major threats to US security or operations planned to address them, Trump has tentatively agreed to transition and Biden will get his first security briefing on Monday.

Biden is even in the unenviable position of having a vice president-elect, Kamala Harris, who receives such briefings in her role as a member of the Senate Intelligence Committee, while he is denied them.

Clearly, Trump is engaging in spiteful, narcissistic behaviour rooted in his damaged personality. But the problem is that his personal vindictiveness translates into total paralysis of the processes of government. An individual is holding an entire nation hostage. This is something the founders could not have imagined.

This plays out ominously in the foreign policy field as well, where Trump seems determined not only to frustrate the president-elect’s ability to govern after 20 January, but also to box him in, in terms of the policy choices he can make.

One of the hallmarks of the Trump administration has been extreme hostility towards Iran. Trump withdrew from the landmark nuclear agreement and imposed harsher sanctions than his predecessors. He approved the assassination of Iran’s senior military leader, Qassem Soleimani.

Another assassination in August of al-Qaeda’s second-in-command in Tehran, reportedly carried out by Israeli agents acting on US orders, was also designed to complicate Biden’s stated aim of returning to the nuclear accord. Both Israel and Trump’s Republican allies will, when Biden moves to return to the deal, raise holy hell, claiming that he is rewarding a country that harbours terrorists.

During the campaign, Biden promised to take a tougher stance against Saudi aggression in Yemen and human rights violations at home. If he also softens his stance against Iran, this could enrage the Saudis, throwing them even further into the arms of Israel in their joint campaign against Iran.

Last week, US Secretary of State Mike Pompeo made a precedent-breaking visit to Israel, in which he promoted an Israeli settlement winery that named a blend after him. He also travelled to the Golan Heights, reinforcing Trump’s earlier decision to recognise Israeli sovereignty over the territory conquered a half-century ago.

Pompeo also recently announced that the US government considers the boycott, divestment and sanctions (BDS) movement to be “antisemitic”. Calling the movement “a cancer”, he declared that the US would cut support to any groups that engage in it. Rather than offering any coherent policy, this witch hunt appears to be the rollout of his 2024 presidential campaign. 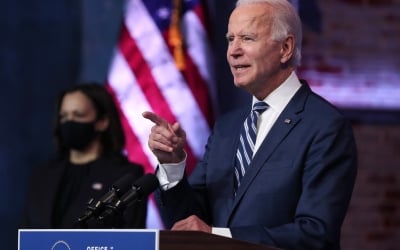 During his term, Trump moved the US embassy to Jerusalem and closed the East Jerusalem consulate that dealt with Palestinian affairs. Violating decades of US policy, he recognised Israeli sovereignty over Jerusalem, closed the Palestinian diplomatic mission in Washington, and slashed US funding for the Palestinian Authority and UNRWA, which aids Palestinian refugees.

The Trump administration also negotiated normalisation deals between Israel and the Gulf states of Bahrain and the UAE, formalising cooperation that had already been taking place behind the scenes.

Among the few benefits for Palestinians of a Biden presidency is that Israel is likely to take formal annexation of the occupied West Bank off the table. Yet it has already achieved many of its goals through a thousand paper cuts of occupation, land theft and resource expropriation.

Biden can undo some of the damage done to the US image in the region, but he will pay a price. It’s always harder for a politician to undo bad policy than to maintain mediocre policy, as US presidents have done on Israel-Palestine for decades. There will now be a built-in constituency seeking to maintain Trump’s policies, including Israel’s right-wing government, the Israel lobby, Christian evangelicals and congressional Republicans.

Trump has also burned multiple bridges with European allies on trade and security matters; Biden will have to work hard to repair them

But given the enormity of the obstacles Biden faces, including a raging pandemic and economic crisis, how much weight he may give the Middle East is questionable. On some foreign policy issues, such as China, the damage to US interests has been so severe that Biden will want to invest a major effort in repairing it. Trump has also burned multiple bridges with European allies on trade and security matters. Biden will have to work hard to repair them.

Given how intractable the Israel-Palestine conflict has been, how entrenched pro-Israel interests are both in the region and domestically, the Middle East may be locked into many years of ongoing conflict. 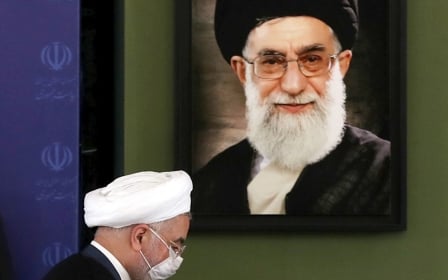