Can Leon achieve a limited agreement in Libya? 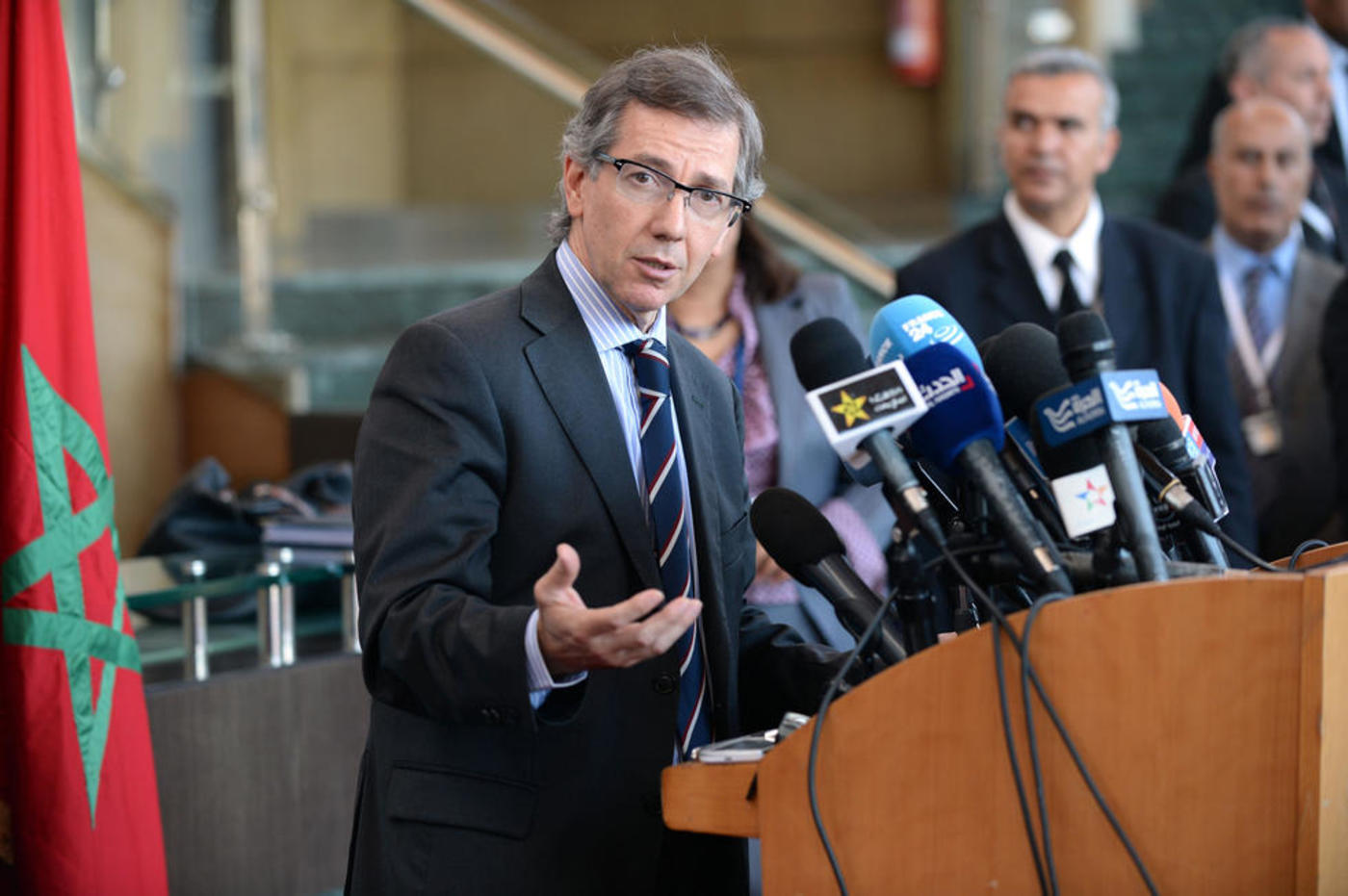 Will this be the right time for a peace deal in Libya? An agreement between the warring factions has looked - and was presented by UN Special Envoy Bernardino Leon - as being around the corner for many months now.

Yet, a closer look says that if we are approaching anything, it is not the comprehensive deal many had wished for but rather a more limited one. This would be an agreement signed by some of the factions siding with the parliament in Tobruk along with most of the factions in Misrata, the main stakeholder of the rebel Libya Dawn coalition.

In this “limited agreement” scenario, the rump General National Congress - the unrecognised parliament sitting in Tripoli - would not sign the deal, which would also be opposed by some elements that back Tobruk, notably General Khalifa Haftar.

The “limited agreement” scenario would of course have some advantages for the international community. At last, the West would have an interlocutor to whom they could grant all the benefits of international recognition, including the reopening of Western embassies in Libya.

The new government would have full access to Libya’s financial resources now controlled by the Central Bank of Libya which disburses salaries and subsidies for consumer goods. Even with limited support by only some Libyan factions, this government would still allow international organisations to deliver aid to the country while being a channel through which Europeans could provide support to the local ceasefires now in place in Tripolitania – the web of local truces created in recent months would be the real provider of security to the new government. Last but not least, the idea of going ahead without those who drag their feet would theoretically reduce the veto power of each faction.

Yet implementation of this “limited” agreement would be highly difficult if not impossible. Hardliners within Libya Dawn would not see the new government as a friendly one while incidentally controlling the capital where the government would sit. The existence of these spoilers, along with numerous militant groups within and outside of Libya Dawn, would legitimise the continuation of military activities by Haftar. Both groups would undermine existing local ceasefires while in the end the new government would be legitimised to ask for international intervention, something both the US and Europeans are not eager to do.

Ultimately, a “limited agreement” is very unlikely and for some good reasons. First of all, precisely because of the problems in implementation described above. As Yemen has demonstrated, an “exclusive unity deal” can be a driver of violence not of peace. Secondly, the contents of the proposed agreement do not go far enough to convince Misrata to decouple itself from the hardline Islamists in the GNC in Tripoli and the armed factions to which they respond.

In nine months of negotiations, Leon and UNSMIL have produced five different draft agreements. The fourth was supposed to be the last, a “take it or leave it” moment after which those who were against a deal would get individual sanctions. But the House of Representatives in Tobruk rejected the draft as unbalanced and approved a list of 52 amendments for the 63 articles-long text.

The Tripoli side had been generally positive toward the fourth draft but hardliners within Libya Dawn have formed the “Steadfastness Front” with controversial military commander Salah Badi at its heart. Libya’s mufti Sadiq al-Gharyani, a hardliner and rabble-rouser since his appointment in February 2012, had also voiced his opposition to an agreement with the other side.

After managing to get everyone back into the same room last week, Leon said that there were just two or three issues to be sorted before an agreement could be sealed. While he did not elaborate on these points, given past dynamics of the negotiation rounds, the two major sticking points were likely to be the balance of power between the House of Representatives and the rump GNC along with the role of former renegade general Haftar. Additional stumbling blocks were the extension of the duration of the House of Representatives - whose mandate according to many in Tripoli would expire in October - and the repeal of the laws and the appointments that it has approved until now – again with the appointment of Haftar on top of the list.

In the face of this opposition, the United Nations mission in Libya went back to the drawing board and came up last week with the fifth draft. This new document had two elements that particularly incensed moderate decision-makers in Misrata. First, the powers of the “State Council” - a second chamber that would include mostly members of the current rump GNC - are greatly reduced. As requested by Tobruk, in the fifth draft, the State Council is mostly a consultative body, particularly in case of a non-confidence vote on the government or in major appointments. The second issue is the Libyan army. Libya Dawn - even the moderates in Misrata - do not want any language that legitimises the factions now headed by Haftar which call themselves the “Libya National Army” (LNA). While the fourth draft spoke of the army as something that had yet to be created, the new draft uses a more nuanced language that doesn’t rule out a predominant role for the current LNA in the future security architecture.

Ultimately, there are two pillars in the agreement: the institutional and the military. No faction can win on both. Even if based on grounds of legitimacy, an agreement that establishes the superiority of both the House of Representatives in Tobruk and the existing Libyan National Army, and therefore Haftar, is not going to fly with those who took arms against both, even with the moderates in Misrata.

At the moment, too many Libyan factions see an agreement more as a favour they would do to the international community than as something they owe to a devastated country. The handling of the “migration crisis” by Europeans has further reinforced this position. It’s not a mystery that Italy in particular “needs” a national unity government in Libya so that it can guarantee its stamp of approval to EUNAVFOR MED, the naval operation against migrant smugglers in the Mediterranean, and can also operate in Libyan waters.

Moreover, regional dynamics favour a continuation of the war. If the news is confirmed that new, more potent, bombs were used by the LNA in Benghasi, one doesn’t need to look too far beyond the Middle East and North Africa to understand which countries provided them. As long as the factions can get weapons and ammunition to continue fighting, they will see few incentives in reaching peace.

In this complex and apparently hopeless situation, how can an agreement come about? One should not rule out that further international pressure on the delegations could lead to a limited agreement, whose disadvantages were described above.

Alternatively, war-weary factions may come up with their own proposal, following the same dynamics that have led to the local ceasefires in Tripolitania. This would come partially as a result of a shift in attitudes by regional powers, with Saudi Arabia at the heart of this shift away from zero-sum game politics. It may be just a coincidence, but Libya’s ambassador to Riyad has asked that a new round of negotiations be held in the kingdom. But why should Saudi Arabia, embroiled in the Yemen civil war to its south, bother about Libya?

Photo: Special Representative and Head of the United Nations Support Mission in Libya, Bernardino Leon, holds a press conference ahead of a new round of peace talks on the Libyan conflict on April 15, 2015, in the Morrocan city of Skhirat, 20 kilometres south of Rabat. (AFP) 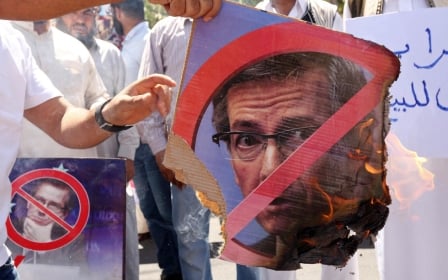