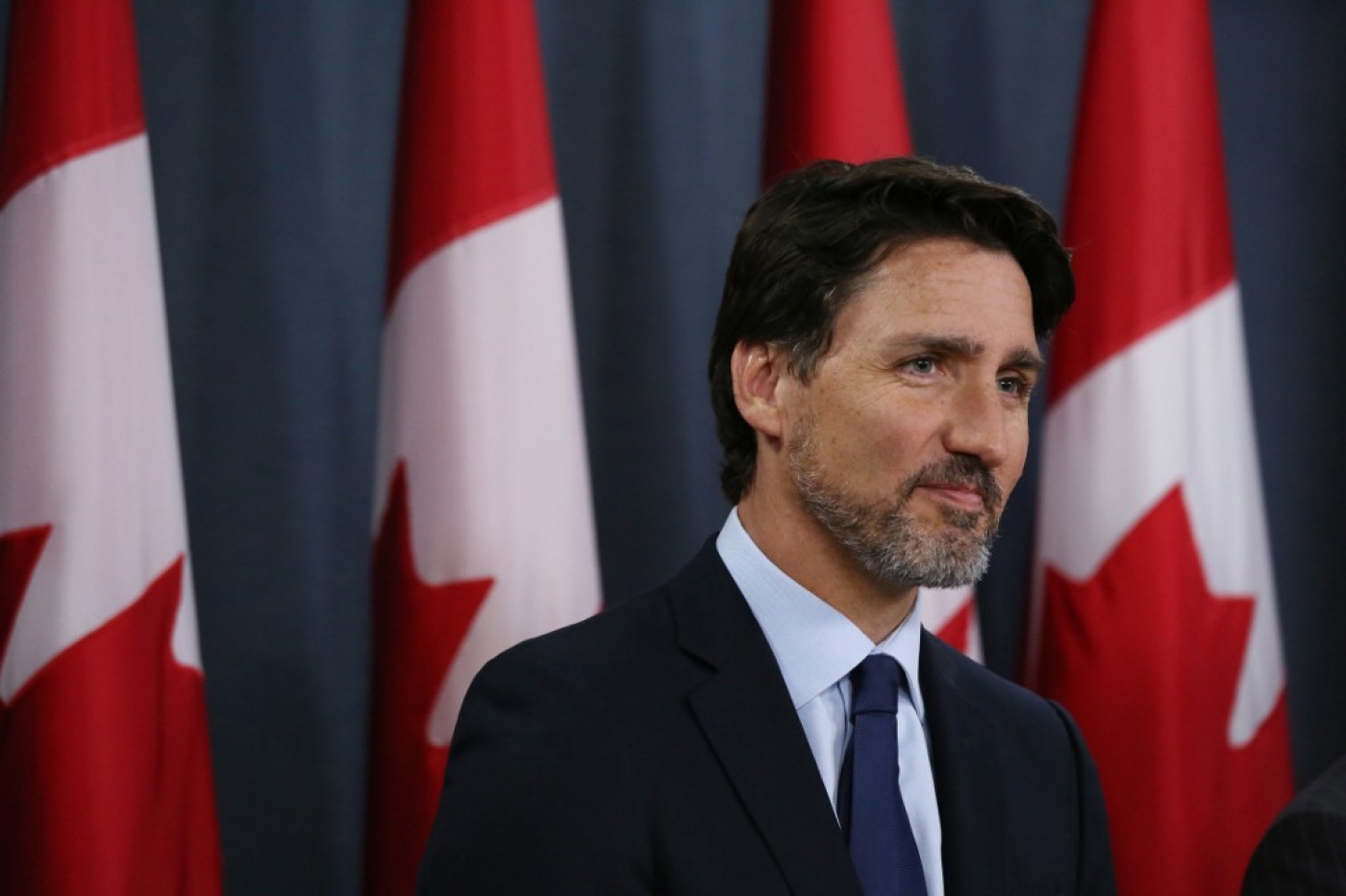 In 2020, for a second consecutive year, Canada voted in favour of a UN General Assembly motion reaffirming the right of the Palestinian people to self-determination. It was a noteworthy development, as Canada had otherwise not voted for the motion since 2005 - and having already lost its bid for a UN Security Council seat last June, it arguably no longer needed to appear fair-minded in the Middle East.

Canada followed this vote by announcing a generous three-year aid package of $90m CAD ($70m) for UNRWA, the UN agency that aids Palestinian refugees, which had been a target of the Trump administration and seen its funding slashed. Canada has also refused to follow the US in moving its embassy in Israel from Tel Aviv to Jerusalem, despite pressure from the opposition Conservatives.

This begs the question: is Canada’s Middle East policy turning a corner from its past partisan, pro-Israel approach, to one more conscious of Palestinian needs and aspirations?

Alghabra and Saks respectively represent ridings with large and vibrant Arab and Jewish communities, which act as nodes to even larger Arab Canadian and Jewish Canadian communities in the country. Each community plays a crucial part in the multicultural urban mosaic the Liberals have constructed to gain power in Canada.

Alghabra and Saks are expected to represent the views of their constituents to the government, and likewise to sell the Liberal government’s policies back to these constituencies. Thus, both released public statements in November responding to a committee-level draft of the UN motion on Palestinian self-determination. Each offered messaging to spin the Trudeau government’s position for communities with divergent views on Israel/Palestine.

In a video, Alghabra said Canada’s vote came at a critical time on a “largely symbolic yet meaningful resolution”, because the idea of an independent Palestinian state appears to be eroding. He said the vote reconfirms Canada’s commitment to the legitimate aspirations of the Palestinian people, noting that Canada should play an active role in promoting peace and dialogue, while remaining a friend to both Israelis and Palestinians.

Meanwhile, in a public letter, Saks acknowledged that “many” people were disappointed by Canada’s vote, but referred to it as one instance compared with 16 other UN resolutions that “target” Israel that her government would oppose. She also highlighted the Liberal government’s record since 2015 of opposing resolutions that “single out” Israel at the UN and pointed to her own opposition to the boycott, divestment and sanctions (BDS) movement.

On UN resolutions, the Trudeau government’s voting record has been overwhelmingly favourable to Israel. As of 2018, Library of Parliament research indicated that Canada had voted against 87 percent of resolutions condemning Israel - a figure higher than any Canadian government since 1984, including the fervently pro-Israel Harper Conservative government, at 61 percent. The research also found that, since 2015, Canada was second only to the US among major powers when it came to voting against UN motions that “singled out” Israel.

Even after the self-determination votes in 2019 and last year, the Trudeau government’s overall record remains staunchly pro-Israel.

In a tweet last November, Saks applauded her government for “supporting Israel at the UN and opposing” a resolution affirming that West Bank settlements and East Jerusalem are not Israel. The resolution referenced 2016's UN Security Council Resolution 2334, which calls on UN member states to ensure they do not participate in actions of de facto Israeli annexation of Palestinian land seized in 1967.

The Trudeau government’s efforts to extend Canada’s free trade agreement with Israel and product-labelling to include West Bank settlements could be interpreted as a violation of this resolution.

Though standing apart from the Trump administration and a Harper Conservative government that cut UNRWA funding, the multimillion-dollar Liberal pledge for the aid agency is more a return to traditional policy than anything new. Canada provided UNRWA with its first director 70 years ago, Major-General Howard Kennedy, and was its third-largest donor during the two decades that followed.

Furthermore, Canada was once very active in seeking a political solution to the Palestinian refugee crisis through the Refugee Working Group in the 1990s. Today, Canada ranks behind much-smaller Norway and Switzerland as a donor to UNRWA, and is not active in Israel-Palestine peace-building efforts. Last year, Canada abstained again on a resolution extending the mandate of UNRWA.

Canada has defended Israel at the multilateral level, and Trudeau has repeatedly condemned BDS as antisemitic. His government even heeded the concerns of Israel advocacy groups over the 2016 appointment of Canadian law professor Michael Lynk as the UN’s special rapporteur on human rights in the Palestinian territories, publicly questioning the move. 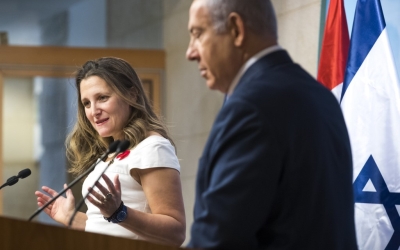 Is Canada shifting away from its pro-Israel stance on Palestine?
Read More »

In her letter, Saks proudly pointed to her government’s adoption of the controversial definition of antisemitism promoted by the International Holocaust Remembrance Alliance. Rights groups have warned that the sweeping definition paints legitimate criticism of Israel and its policies as antisemitic. Some worry it may even define the vote on Palestinian self-determination as antisemitic.

To push the definition through local governments and institutions in Canada, after it was rejected on a number of occasions, the Trudeau government appointed a special envoy, former Liberal minister and prominent Israel advocate Irwin Cotler. His appointment raised alarms among Palestinian rights organisations while being lauded by Israel advocacy groups, who consider him an icon.

Though the Trudeau Liberals have been in power half as long as the Harper Conservatives (2006-15), at this time, the sum total of their actions compare favourably from an Israel advocacy perspective - and poorly for Palestinians.

Even when the Liberals have taken measures sympathetic to Palestinian needs, they have never been revolutionary. Voting for Palestinian self-determination was once standard policy, established by a Progressive Conservative government in 1989. Unlike the Harper Conservatives, Trudeau’s Liberals have never voted to extend UNRWA’s mandate. Trudeau’s resistance to Israeli plans to annex large swaths of the West Bank in 2020 was so weak it provoked an unprecedented public outcry by 58 former diplomats and politicians.

Meanwhile, the responses of Alghabra and Saks to Canada’s Middle East policy provide further insights into the Liberal government’s tricky task of juggling Israel and Palestine within the complexities of Canada’s multicultural electorate. They are also indicative of the influence different communities have in shaping government policy.

Jeremy Wildeman holds a PhD from the University of Exeter. He is a researcher of international relations, critical development and security studies, Middle East politics and Canadian foreign policy. He has conducted a number of major research studies on development programming in the Occupied Palestinian Territory and on Canada’s relationship with the Palestinians. 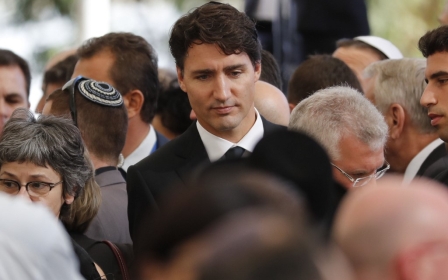 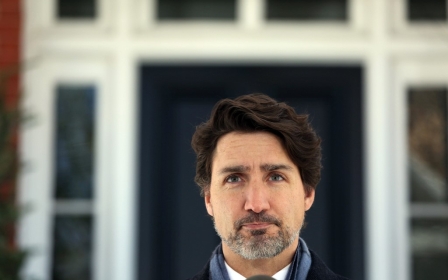 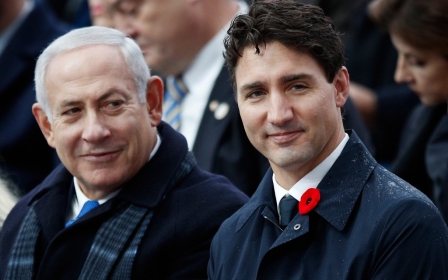