Censoring the Palestinian right of return?

Sarah Marusek and David Miller
Why did the UK and other European states vote to deny a Palestinian human rights group advisory status to the UN?

This happened despite a resolution proposed by Israel, accompanied by intensive lobbying efforts, to reject the decision of the council’s NGO committee to grant the PRC this status in June. The morning of the vote, we published an op-ed article with Ynetnews critically examining Israel’s campaign against the PRC. However, less than 48 hours later, our op-ed was removed.

The UK voted for Israel’s resolution, citing its concerns that the PRC’s aims, objectives and activities are in violation of the UN’s charter and principles.

The PRC is a registered non-governmental organisation that says it is dedicated to finding a solution for Palestinian refugees in accordance with international and humanitarian law. To achieve this end, it organises conferences, workshops and cultural events, as well as publishing materials to create new spaces to discuss the plight of Palestinian refugees.

The PRC was accredited by the UN in 2003, and thus was already able to participate in sessions organised by the UN Committee on the Inalienable Rights of the Palestinian People. The PRC has never been charged with breaking any UK or European laws, but nine other European countries joined the UK and Israel in voting against the PRC on 20 July.

The UK had abstained during the NGO committee’s preliminary vote, but in the weeks following expressed support for the PRC’s bid. During this time, more than 20 MPs signed a letter in support of the PRC’s application, as well as 80 European parliamentarians.

Israel’s campaign against the PRC is based upon the claim that the NGO is affiliated with Hamas. We were commissioned by the PRC as researchers from Public Interest Investigations to examine this claim, and issued a short report on our findings.

We found that the allegations against the PRC are not evidentially based. While the Israeli government ruled to ban the PRC in 2010 due to its alleged connections to Hamas, it did not provide any evidence. The PRC does not even operate in Israel and an oft-cited report on the NGO by the Meir Amit Intelligence and Terrorism Information Center, which has connections to Israeli intelligence, is not based on primary sources and relies on hearsay.

For example, the authors of the Meir Amit report admit that: "In the PRC’s many publications it is hard to find reliable information about its structure, activists, sources of funding and connections with Hamas and the Muslim Brotherhood." Nevertheless, they argue that, "even if it cannot be proved," their assessment is that the PRC has indeed received funding from foundations connected to the Muslim Brotherhood and/or Hamas. They also admit that they are offering "large amounts of circumstantial evidence" to argue their case.

Furthermore, there are two main civil society groups actively promoting the Israeli-led campaign against the PRC at the United Nations: UN Watch and NGO Monitor. Both organisations have widely circulated the charge that the PRC promotes terrorism.

Launched to monitor the alleged bias against Israel at the United Nations, UN Watch’s international advisory board includes several members that have expressed hostile attitudes towards Muslims and Islam, such as Swiss journalist Jean-Claude Buhrer, who once argued that using the concept of Islamophobia is an affront to freedom of speech.

And for its part, NGO Monitor has several connections to the Israeli government. The Jerusalem Center for Public Affairs, headed by Dore Gold, lists NGO Monitor as one of its online publications. Gold is a former advisor to Israeli Prime Ministers Benjamin Netanyahu and Ariel Sharon. In addition, Gerald Steinberg, who is president of NGO Monitor, is a consultant to the Israeli Ministry of Foreign Affairs and National Security Council.

Both organisations are also linked to the anti-Muslim right in the US, funded mostly by American foundations that donate to anti-Muslim groups.

Leading up to the ECOSOC meeting last week, Steinberg himself had published an op-ed in the New York Post entitled "Hamas is set to win a seat at the United Nations table," citing the same report and rationale that we found lacking.

We contacted the editors at the Post offering to reply to Steinberg, but they did not respond.

Why were we censored in Israel? We were told that Ynetnews had received complaints, particularly from NGO Monitor. Our op-ed exposed its and UN Watch’s funders, part of the public record. Some of these funders even finance Israeli settlements in the West Bank.

One example is the New York-based Paul E Singer Foundation, which donated money to NGO Monitor in 2010 and 2011. Singer is an American hedge-fund billionaire and philanthropist, as well as a mega donor to the Republican Party. In addition to NGO Monitor, his foundation also supports the Israel Independence Fund, headed by New York venture capitalist Kenneth Abramowitz, who serves as the national chairperson of American Friends of Likud. According to Haaretz newspaper, in 2007 Abramowitz appeared on Prime Minister Benjamin Netanyahu’s "list of millionaires" − i.e., potential donors. According to the fund’s website, it supports projects in the settlements and occupied east Jerusalem.

The charities associated with Newton and Rochelle Becker provide another example. The Beckers’ charitable trust has donated money to UN Watch, as well as to the David Horowitz Freedom Center, cited in a 2011 report by the Center for American Progress as part of an Islamophobia network. It hosted Dutch anti-Muslim activist Geert Wilders in 2009 and Robert Spencer currently serves as a director.

Spencer and Pamela Geller co-founded the anti-Muslim group Stop Islamization of America, which the Southern Poverty Law Center classifies as a hate group. In the same vein, the Beckers’ foundation supports the Clarion Fund, responsible for the anti-Muslim film Obsession, as well as the Central Fund of Israel, a New York-based charity that openly finances Israeli settlements.

There are many others as well – 17 in total, as detailed in our report. Unfortunately, this information was censored in Israel.

UN Watch has special consultative status at the UN, but both it and NGO Monitor are funded by foundations which also finance Israeli settlements that the UN, according to resolution 446, deems illegal. Although the UK cited the UN’s charter and principles to deny the PRC a voice at the global body, they appear meaningless when it comes to stopping Israel’s continued violations of Palestinian rights, including even addressing the right of return for exiled Palestinians.

- David Miller is co-founder of Public Interest Investigations/Spinwatch and Editor of Powerbase, a wiki that monitors power networks. He is Professor of Sociology at the University of Bath and co-author of  A Century of Spin: How Public Relations Became the Cutting Edge of Corporate Power. 2008, Pluto and The Cold War on British Muslims: An Examination of the Policy Exchange and the Centre for Social Cohesion. 2011, Public Interest Investigations. 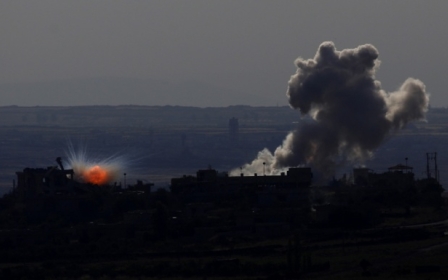