Cologne: A whiff of age-old racism

Hafsa Kara-Mustapha
It remains difficult to understand what the media could gain from inflaming race relations to such a point - but old habits, it seems, die hard 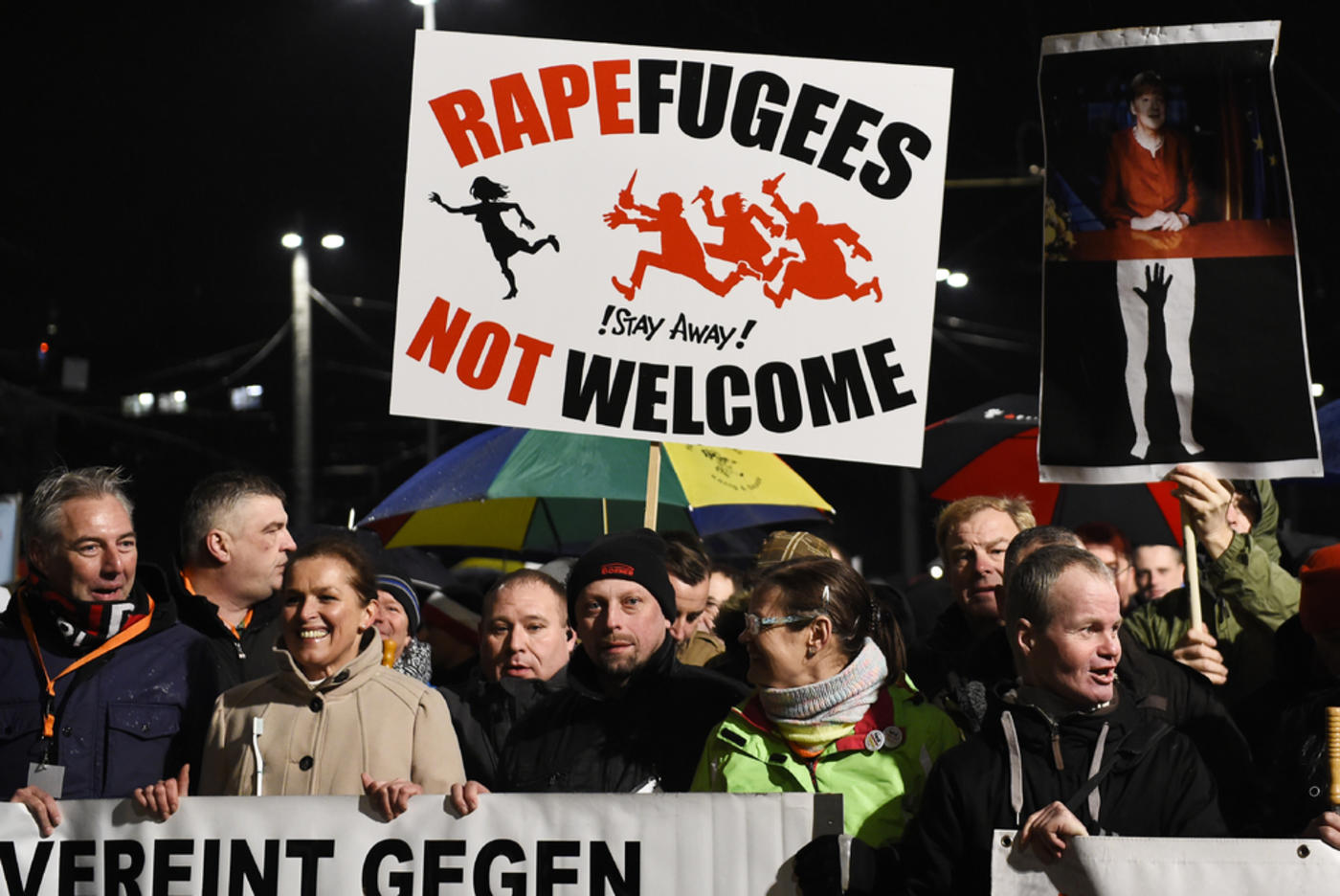 Do you remember the 2012 edition of Germany's world famous beer festival when a woman was raped on the first day and as many as 91 others were sexually assaulted by festival goers?

Probably not, the information barely made the local papers back then. Over two weeks since the New Year's Eve celebration in Cologne in Germany turned sour when 30 men reported to be Arab were accused of sexually assaulting scores of the women present, the story refuses to die down.

The mass groping that was attributed to refugees has triggered a wave of often racist debates across Germany and Western capitals that would have seemed unthinkable in a country still reeling from its painful Nazi past.

The tone of the debates reek of that age-old racism that views the crimes of others as inherent in their alien culture. Incidents of refugees banned from public spaces continue to be reported with officials proudly recognising the necessity of such stringent measures.

The initial reports described 1000 men sexually assaulting as many women. The shocking headline proved very effective conjuring up images of gang rapes on the streets of Germany reminiscent of the Viking attacks of the 12th century. Upon closer inspection, some 30 men - petty criminals for the most part - decided to make the most of the celebratory mood by robbing and harrassing women present on the town square of Cologne where partygoers congregate to celebrate the coming year.

As unpleasant and unacceptable as this type of criminality may be, major group gatherings are notorious for muggings and sexual assaults.

Starting a much -needed debate on why women should no longer be victims of this type of behaviour should have been a natural response. Instead Germany has been whipped into an anti-immigration frenzy from which it no longer wants to extract itself.

From questioning refugees' true intentions to assuming an inherent predatory behaviour of Arab men, rape and sexual assault in Germany appears to have started on the night of the 31December, 2015. Until then, Germany was a safe haven for women where none would ever suffer any form of sexual assault. It wasn't until brown men arrived in "hoards" savagely preying on their Western vulnerability.

There is nothing new in this portrayal of white women being lusted upon by dark "savages". Much of the lynching in 1930s America at the hands of white supremacists were carried out because young black men were accused at times of merely looking at a white woman.

The crimes of the culprits in Cologne are not to be downplayed; they were serious and warrant a robust response from Germany's judicial system, but the crimes of 30 thugs are not and should not be reflective of Germany's entire Arab population.

They all 'look the same'

There are of course many question marks on these incidents constantly being played out across Western media. For one thing how could victims tell if their assailants were indeed Arab or refugees? There are many communities in Germany that have Mediterranean and therefore Arab features: from ethnic Turks and Kurds to Roma, all these minorities could equally pass for Arab.

Does this suggest that all olive skinned men "look the same"?

Admittedly there is a case to be made against pestering women in certain Arab societies, though not all. Around the Mediterranean basin - like the Italy of not so long ago - wolf-whistling and verbal approaches are unfortunately not uncommon. While these have been rightly condemned, they do not represent the overall behaviour of all Arab men in the same way that the scores of German men travelling to Marrakech every year as sexual tourists to pay boys as young as eight years old for sex are not representative of all of Germany's male population.

It is of course saddening that such unacceptable crimes do not warrant the same international reactions when the culprits are white often wealthy Western men.

New Year's Eve celebrations in Manchester were described as "carnage" by the British press with pictures of half naked women strewn on the streets of the city going viral. The idea that none of these women were sexually molested would be hard to believe, but no doubt the gropers were not from visible minorities making their behaviour unreported and simply presented as part of natural drunken partying.

Naturally the Cologne incidents were picked up by various sources. France's controversial "satirical" magazine Charlie Hebdo, which came to international prominence last year when its editorial team fell victim to a brutal terrorist attack on its headquarters, did not fail to pick up on the story. Mixing anti-refugee sentiment with classic racist imagery, the magazine published a cartoon depicting the little Syrian infant who drowned on a Turkish beach attempting to flee his war torn country. According to the French cartoonist, the angelic child would have grown up into a pig-like adult preying lecherously on German women.

While many have condemned the grossly offensive picture that is both crass and profoundly racist, the cartoon does accurately pick up the aggressively racist tone that is prevalent today across many European societies. The idea is to portray all foreigners - in this instant Muslim/Arab ones - as alien to civilised norms and unable to adapt to the more advanced West.

The very pundits who clamoured for their governments to wage unnecessary wars on Middle Eastern stable nations, turning them into destabilised states, are now promoting the idea that refugees fleeing these conflicts are incompatible with the more enlightened West. A West whose soldiers committed sexual assaults in their hundreds in Iraq and Afghanistan or more recently in Central African Republic.

Those soldiers are bad, they say, but they're merely bad apples in an overall healthy orchard. Never mind that sexual predators in the UK and US are predominantly white indigenous men or that most sexual tourists travelling to Morocco or Thailand to have sex with children are white Western men. The white criminal is always an exception, the brown man however is inherently perverted.

When this type of misleading reporting is continuously broadcast, it is hardly surprising that white German men and women take it upon themselves to then go on and attack random "foreigners" or those who look "foreign" to avenge their "sisters".

Attacks on mosques or refugee centres, or "honour" attacks to cleanse the good name of the white victims have doubled in the three weeks since Cologne, fuelled by the endless debates across the media that have turned the New Year's Eve assaults into propaganda for ethnic cleansing operations across Europe.

Already terrorist attacks against Western targets have inflamed inter-community tensions with Muslim women reporting a 60 percent increase in verbal and physical attacks in the past year alone.

The Cologne events will only exacerbate community relations. It remains difficult to understand what the media could gain from inflaming race relations to such a point, but it seems old habits die hard.

Der Sturmer's infamous anti-Semitic cartoons were rightly condemned for creating an atmosphere in which anti-Jewish sentiment became the norm. Attributing the crimes of one corrupt Jewish banker to the entire Jewish race became the blue-print for the horrors that befell Europe in the Second World War.

They do say that history repeats itself. In Germany it begs the question of why anyone should bother learning it at all.

Photo: Protestors from the PEGIDA movement (Patriotic Europeans Against the Islamisation of the Occident) march during a rally in Leipzig on 11 January, 2016 (AFP). Refugees
What the Cologne attacks tell us about Europe
Daniel Renwick