What the Cologne attacks tell us about Europe 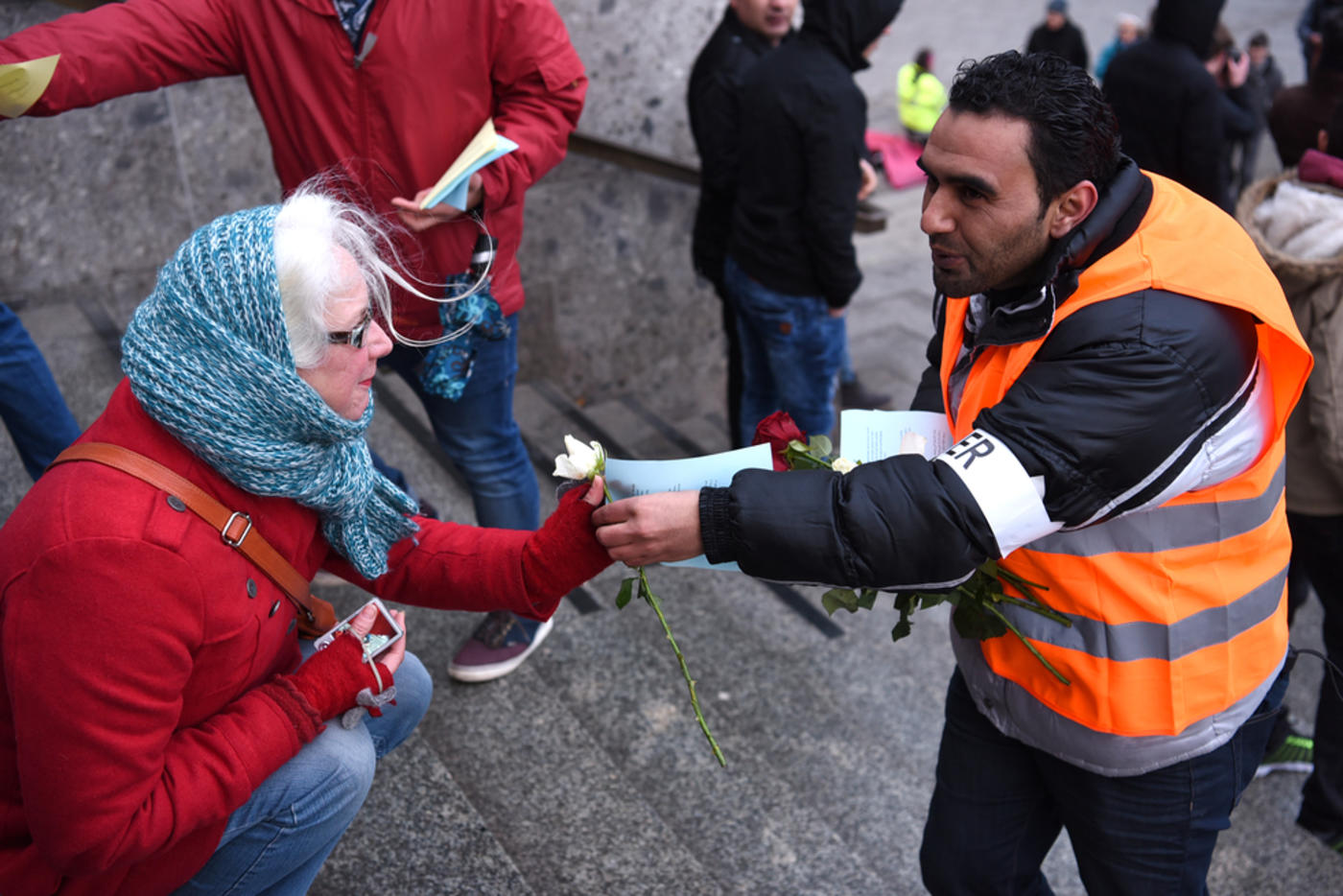 I don’t know if you’ve heard this one, but there’s an "Islamic invasion" of Europe happening and the white population face eradication by an army of young, Muslim men.

Such claims are usually followed by a shrill call to "wake up," before some level of conspiracy is drawn upon to justify naked and violent racism, like what we’ve seen in Germany’s Leipzig, where over 200 far-right militants affiliated to Legida - a local branch of the anti-Muslim movement Pegida – ran riot, seeking to destroy Muslim and Arab-run businesses and stoke fear on the streets of the country’s "new Berlin". This came just days after four separate racist attacks hit Cologne, injuring two Pakistanis, two Syrians and a group of Africans.

The violence in Germany followed the sexual attacks in Cologne and Hamburg on New Years Eve (NYE). In Cologne, it is estimated that over 350 sexual offences took place in a few hours. The perpetrators were gangs of men, many reportedly of North African or Arab descent, who coordinated their efforts to kettle and pen-in women who were then molested. German police, slow to act and underprepared for the eventuality, have identified around 32 people thus far. Twenty-two are reported to be asylum seekers, while two are German and one is an American citizen.

Authorities within Germany are attempting to separate the country’s assistance for refugees from the crimes of New Year's Eve, to very little effect. The global media now has its eyes on the country, scoping how the EU’s most open state to migrants and refugees will respond.

Two immediate legislative changes are set to follow in the wake of the Cologne attacks; one to be applauded, the other resisted. German Justice Minister Heiko Maas has finally agreed to reformulate Sections 177-179 of the German criminal code that requires a victim to prove their resistance to sexual advances in order to prosecute the attacker as an abuser. Previously, if you didn’t scratch, bite, push, scream at, punch, kick, stab or shoot your attacker, you tacitly consented to their advances. Many feminist organisations and women’s shelters in Germany have pushed for such legislative change for years. It is a shame that sexual abuse had to be racialised for action to be undertaken.

The second change to come about is for German law to become far less restrictive when it comes to deportations, so those criminalised in German courts face being sent to the country they fled from, akin in many cases to a death sentence, and in contravention of the Geneva Convention.

Despite some appeals from certain German lawmakers and analysts for asylum laws to be maintained to provide sanctuary, such ideals have been lost in the hysteria of early 2016, which points the finger of blame at the cultures of Germany’s new arrivals, which they claim, should not be tolerated. Over 400 attacks against asylum seekers have taken place in the last two years, many of which were arson, and for which there have been precisely zero convictions. In the wake of Cologne, a huge spike in gun and weapon sales has been noted. The limits of toleration are plain to see.

Germany’s model of multiculturalism, due to its lack of an empire, was based on the guest worker (gastarbeiter) policy, which denied citizenship and the right to remain in the country without work. This policy was passed down through generations until the formation of the EU. The policy created ghettoes in the country’s cities and led to social and political segregation and detachment.

Germany’s political classes are aware of their previous mistakes. They have vowed to rectify past wrongs by integrating their new arrivals into the country in a way they didn’t before. Due to the widely held belief that “multiculturalism has failed,” a policy of naturalisation and forced assimilation is now common practice, with Belgium trailblazing by teaching how to “respect women".

The "other" is always useful to deflect attention, instead of addressing the fundamental issues in play. Take, for example, Munich’s Oktoberfest, where an estimated 200 sexual assaults take place each year, with foreigners particularly vulnerable. On average, four to six rapes have been reported per year. However, due to German law requiring proved resistance, which intimidates the victim and allows attackers to walk away to attack again, prosecutions are rare.

Sexual violence is not specific to any particular ethnicity and other than legislative progress and open debate, there is not much more one can do to address this problem than to shine a light on the cultures that create the conditions for rape to be normalised and accepted, what we now call rape culture.

Coming from the UK, childhood heroes have become sexual villains on a near monthly basis, as the high beams of justice have shone (selectively) upon them. Judges, MPs, media stars, pop stars, lords and even some royals are implicated. But do we question the perversions of elite sexuality? Does the systematic abuse of children in London’s Elm House and Dolphin Square stir such global attention in the same way? Of course it doesn’t. There is no political capital to be gained. However, by finding Muslims to be sexually predatorial, a positive image of one’s self can be conjured, as Kundnani puts it: “Islam is merely the absolute 'Other' that enables the construction of a positive image of oneself.”

Islamophobia and anti-Muslim racism serve a function. Despite Islam being a rich and diverse belief system of many different manifestations, Muslims in the West are homogenised and ascribed a particular nature that allows for the disavowal and rejection of cultural traits and issues we cannot face to see in ourselves.

The internet is awash with claims that the effects of migration and multiculturalism, especially in relation to people from Islamic backgrounds, leads to an increase in crime and a reduction in wages. It is plain nonsense. In regards to the migrant contributions to the economy, “immigrants are paid less than the value of what they contribute to production, generating therefore a surplus".

As for crime, despite the claims of the sexually repressed and dangerous Muslim male stalking fearful white women, empirical research once again illustrates that increased rates of migration, particularly related to asylum, does not lead to an increase in violent crime, but can lead to a slight increase in property crime if access to work and the right to earn is denied to recent arrivals.

Europe is not being invaded, nor is it taking refugees because all of a sudden it has developed a conscience. The continent is in the midst of a population crisis that simply cannot be solved by domestic measures alone. A declining birth rate matched with a greater length of life has led to ballooning pension liabilities that threaten the very stability of the state as it is conceived. Germany, for example, faces such a population decline that by 2050, it is estimated the nation will drop from 81 million inhabitants to 67 million. To reverse this trend, it is estimated that Germany needs to take in 2 million migrants and refugees per year.

Photo: Refugees from Syria present flowers to passers-by as they demonstrate against sexual violence near the Cologne main train station in Cologne, western Germany on 16 January, 2016 (AFP).