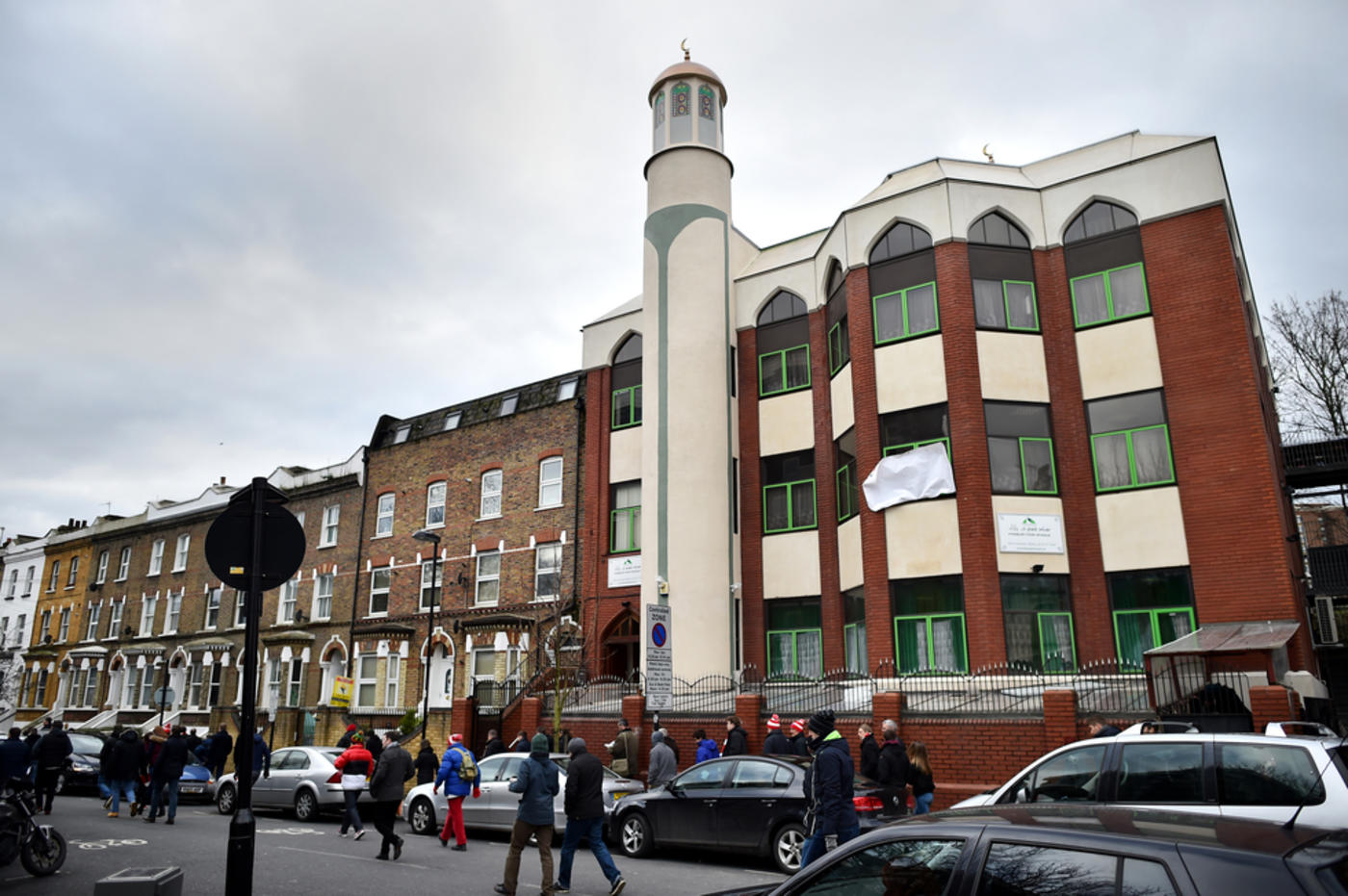 The removal of Abu Hamza as imam of the Finsbury Park Mosque in North London is a remarkable story.

The preacher, who notoriously sympathised with al-Qaeda, abused his position to preach hatred and violence.

One fine morning in 2003 his own congregation had had enough and locked the doors against him. Only later was Abu Hamza arrested and duly charged with terrorism offences. He is now in a US jail.

The Muslim Contact Unit of the Metropolitan Police was involved in all of this - but only behind the scenes.

One might have thought that the eviction of Abu Hamza from his own mosque would be regarded today as a classic example of sensitive community policing.

In fact it was - and remains - hugely controversial. The techniques used could never be repeated today. This is because the sophisticated policing methods which dealt with Abu Hamza have been renounced by the Home Office.

They do not fit in with the ideology of the Cameron government, which regards support for any form of political Islam as synonymous with "extremism".

This means ministers won’t talk to so-called "Islamists". Mr Cameron’s advisers regard the operation to remove Abu Hamza as an unmitigated disaster because it gave legitimacy to the Muslim Brotherhood.

And it is absolutely true that many of the congregation which deposed Abu Hamza held values which most British people reject and, on some issues, intensely dislike. By prevailing standards, many held regressive attitudes, for instance on homosexuality and the segregation of women.

All were supporters of the Palestinian cause. I imagine they would have been universally hostile to the invasions of Iraq and Afghanistan.

These attitudes were unpopular then, but they were not in themselves enough to brand their supporters as subversive or seditious. But now they are. In today’s political environment people with this collection of attitudes are officially regarded as enemies of the British state.

Mainstream politicians refuse to appear with them on public platforms, and boycott their events. They cannot appear on mainstream media. Any Muslim who holds them is liable to put on secret lists, and becomes a target to be spied on by his or her own government. Their bank account may suddenly be closed down – making it virtually impossible for them to function normally and legally in our society.

That is why 13 years after the barring of Abu Hamza, the Finsbury Park Mosque is under attack once again. This time their enemy is not an al-Qaeda merchant of violence but the British government.

On Tuesday, the mosque hosts a press conference. It has been called by three organisations who believe they have been unfairly tainted with the charge of "extremism" by the recent British government review of the Muslim Brotherhood.

These are the Finsbury Park Mosque (also known as North London Central Mosque), the Muslim Association of Britain and the Cordoba Foundation (a think tank which says that it tries to build links between Islam and the West)

They want to answer back against what they say are false allegations made against them.

The Muslim Brotherhood review was commissioned by David Cameron in the spring of 2014. The Prime Minister demanded the review, we now know, following intense pressure from British allies in the Gulf. Saudi Arabia, which regards the pan-Islamic organisation as a terrorist group, was particularly insistent.

Egyptian President Abdul Fattah al-Sisi's bloodstained dictatorship, which deposed a democratically elected Brotherhood government in a coup d'etat two years ago, is another British ally which classifies the Brotherhood as a terrorist organisation.

So does the United Arab Emirates, which is reported to have threatened Britain with the loss of important defence and oil-related contracts unless it cracked down on the Brotherhood.

The review was originally expected to be published in July 2014. However the full document (said to stretch over several hundred pages) has yet to see the light of day, although every word was financed by taxpayers, included Muslims who belong to the organisations under attack.

A selective version, just 11 pages long, was suddenly published by Parliament just before Christmas. Mr Anas Altikriti, chief executive of the Corboda Foundation, told me that this document was "poorly structured and filled with mistakes".

Mr Altikriti tells me that all three will "categorically deny" that this is the case.

He said on Monday that "we are a British organisation which operates under British law and regulations and we have never been subject to any caution, let alone accused of breaking the law".

He claimed that his organisation "worked tirelessly for the good of British society on several fronts".

There are two sections to the Muslim Brotherhood review. Sir John Jenkins (then British ambassador in Saudi Arabia) drafted an international review of Brotherhood activities.

The domestic section was overseen by Charles Farr, who is the new chairman of the Joint Intelligence Committee, although he was director general  of the Office for Security and Counter-Terrorism at the Home Office when the review of the Muslim Brotherhood was written.

Mr Farr is well-known in the British Muslim community. His friends and supporters in the community have often told me that he has been an admirer of the kind of policing used to expel al-Qaeda from the Finsbury Park Mosque in 2003.

They insist that he is opposed to the heavily ideological neoconservative analysis of British Islam that is favoured by Michael Gove, George Osborne and other cabinet ministers with strong links to the Republican Party in the United States.

However, there is no evidence of any estrangement from Michael Gove and his neocons in Mr Farr's section of the Muslim Brotherhood review. Mr Farr has bought wholesale into the idea of "non-violent extremism", the core idea lies at the heart of contemporary British anti-terrorist strategy.

Here’s one example of Mr Farr’s selective approach. His section of the Muslim Brotherhood review notes that Interpal, the Muslim charity which works in Gaza, was designated as a terrorist group by the US Treasury in 2003.

It then adds that Interpal has been "investigated three times by the Charity Commission in the UK". However, Mr Farr’s review fails to mention that the crucial fact the Charity Commission cleared the charity of wrongdoing, links to terrorism and misuse of funds (though it did say it needed to be more rigorous dealing with local partners in the Middle East).

This is disturbing. Mr Farr highlighted the fact that the United States classified Interpal as a terrorist group, but failed to balance this by pointing out that Interpal is regarded as entirely lawful in the UK. Why give priority to the views of a foreign government?

Crucially Mr Farr also failed to notice the relevant point that bigotry towards Muslims in the United States means that there are grounds for believing that the US classification is politically motivated.

To give one example: the second charity commission inquiry into Interpal in 2003, which cleared the group of wrongdoing, said that the US authorities failed to provide evidence to back up their claims.

Mr Farr also failed to mention the highly pertinent fact that a newspaper was forced to apologise to Interpal in 2006 for an article containing remarks that said the charity was connected to a terrorist organisation.

It is already very hard for Muslim groups like Cordoba and Interpal to raise money and carry out their work. Already Cordoba has been stripped of its bank account by HSBC with no explanation or right of appeal. As for Interpal, it has not had banking facilities for years as a result of the terrorist designation.

Are they simply being targeted because they are Muslim organisations which pursue an unpopular set of Islamist aims and objectives?

A form of soft apartheid is at work here, and British government policy is now making a distinction between good (officially approved) Muslims and bad (officially disapproved) Muslims. This is intolerant, and in my view contrary to the British values David Cameron claims to represent.

Photo: People walk past Finsbury Park Mosque during a mosques open day in London on 1 February, 2015. Mosques around the UK opened their doors to the public that in an initiative led by the Muslim Council of Britain to reassure people concerned about possible links to extremism (AFP). 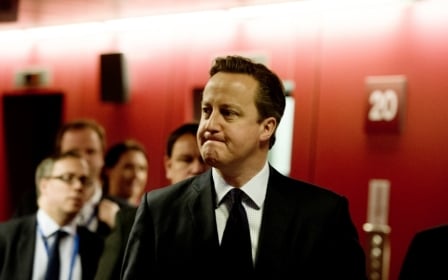