Corbyn doesn't have an anti-Semitism problem. His accusers do

Charles B. Anthony
Anti-Semitism is a problem. But the real problem here lies with how it is defined, misused and then grossly abused to attack political opponents 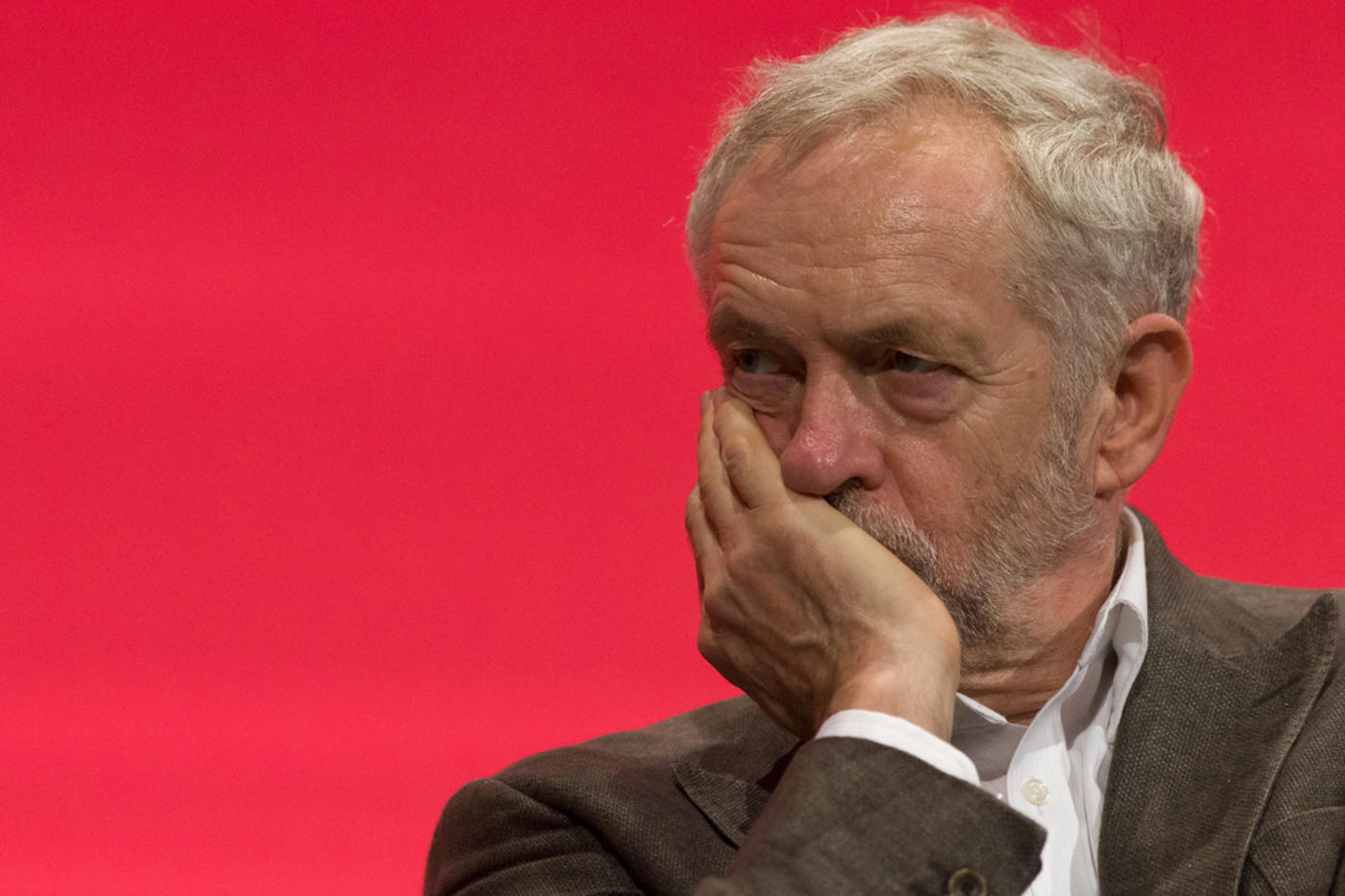 So Britain's Labour Party has a problem with anti-Semitism and it is all the fault of anti-racist politicians like Jeremy Corbyn and Ken Livingstone, obviously.

Accusations over Labour's problem with anti-Semitism came to a head Wednesday when Naz Shah, rookie MP for Bradford West, was suspended for comments made on social media in 2014.

Shah ousted George Galloway and at the time was hailed as a Labour "moderate," not one Labour MP previously rallied against her, even though her anti-sematic post was made well in advance of her winning her seat in Bradford. Post Corbyn how times change.

It has become a lazy crude default to link dictators, human rights abusers and political opponents to Adolf Hitler. In 2006, Israeli Prime Minister Benjamin Netanyahu warned that the then Iranian Prime Minster Mahmoud Ahmadinejad was more dangerous than Adolf Hitler, a preposterous claim; nevertheless, the point was made with very little criticism. Bibi went onto become Israeli Prime minister and whitewash the crimes of Hitler by blaming Palestinians for the Holocaust.

It is, however, quite possible to legitimately criticise and link Israel and its politicians to the politics of European fascism and not be an anti-Semite. Albert Einstein and other prominent Jewish intellectuals like Hannah Arendt did so in a 1948 letter published in the New York Times, in the direct aftermath of the horrors of fascism.

Shah shared a meme that lampooned American financial support for Israel; the meme in question was an offensive joke political solution to what is a serious and complex conflict. It was stupid but not anti-Semitic, no matter how much emphasis David Cameron put on the word “transportation” in Prime Minister’s Question Time. This is a man who defended Israel’s right to kill 2,200 Palestinians in Gaza, 76 percent of whom were civilians, included 500 children. No calls for suspension from Labour MPs.

Shah was clearly anti-Semitic when she wrote, “the Jews are rallying” in relation to a poll she had initiated regarding the bombing of Gaza. She may have been talking about supporters of Israel, but she did not say that. She should certainly apologise for inaccurately labelling all supporters of Israel as Jews - this is far from the truth.

Conflation is the axis where anti-Semites and many Zionists meet. Both believe Israel to be something of a direct synonym for Judaism. Clearly, it is not. Zionism is a political ideology based upon an ethnocentric form of religious nationalism. Yet Israel, over the years, has acted more like a neo-conservative outpost than religious utopia; indulging in past European hangovers: colonialism and racial supremacy.

It is ironic that one of this country’s leading anti-racists, Jeremy Corbyn, a man who has fought against racism his entire life, inspired by great Jewish intellectuals Marx and Trotsky among others, is now being hounded for leading a party of supposed Jew haters.

There is very little evidence for this. I direct your eyes to a very forensic investigation into all nine Labour members suspended in relation to allegations of anti-Semitism (published before Livingstone’s suspension). It clearly shows that suspended individuals predate Corbyn’s leadership and in some instances shows suspension itself to be questionable. And let’s be honest - nine members, now ten, out of 400,000 is certainly not an epidemic, and pretty good considering seven percent of the British public views Jews unfavourably according to a Pew Research Centre report.

It does, however, show an orchestrated effort by the Labour right, post-Corbyn's leadership win, to demonise Labour as a party hostile to Jews. This involves trawling through social media for any evidence that can be used as a proxy to bash Corbyn. Considering all the time, resources and effort, they have not managed to find much. I wonder what they would find if they put as much effort into Tory members' social media? What weird, wonderful and colourful language and memes would be unearthed?

Enter Ken Livingstone to save the day, gulp. His words certainly added fuel to the fire. Ken is guilty of liking a drink, rambling and not articulating said point well, but what he said wasn’t anti-Semitic. As insensitive as it was, it was based in truth.

John Mann suggested Ken read Mein Kempf, as if Livingstone was totally unaware of who Hitler was and what he did. Maybe Mann should do a bit of reading himself. He could start by reading an article published by the World Holocaust Remembrance Centre regarding a 1933 collaboration between the Nazis and Zionists centred on the relocation of German Jews to Palestine. Mann is a self-interested bully, jumping in for his own publicity once everyone and their dog had put the boot in. Secretly he just wanted to kick his leader whilst getting his photo taken.

One by one, rebel Labour MPs called for Livingstone (a British politician who has done more to combat racism in his career than most) to be suspended. I challenge any one of these MPs to an interview to explain to me just what is anti-Semitic about what Ken Livingstone said. What is their definition of anti-Semitism? As a Jew I am genuinely interested. Please do get in touch. That’s not to say that Ken should not shut up. He certainly should.

But cries of anti-Semitism to nobble an anti-racist leader concerned with militarised racism in Palestine are as disingenuous as they are disgusting because they manipulate a very real form of suffering to score political points; either to regain political relevance or to attack a defender of Palestinian human rights in high office. Anti-Semitism is abhorrent and should always be challenged where it rears its ugly head, but to use it as a proxy to defend state oppression is wholly disingenuous to the pursuit of tackling racism.

Louise Ellman is one of those MPs who turns up on Sky News warning us of Labour's problem with anti-Semitism without evidence. The same MP who in 2009, when Gaza was being flattened, said at a pro-Israel rally: "We should stand together to stick up for Israel." The same MP who said that "nobody is entirely innocent" in Gaza, not even children. I wonder if her previous comments will be subject to an investigation? Will there be calls for her suspension for defaming an entire people and rallying in support of mass murder?

Linking anti-Semitism to earnest criticism of the state of Israel not only insults the very real Jewish victims of anti-Semitism, both past and present, but gives ugly cover to state supremacy, illegal occupation, dehumanisation, racism and gross violations of human rights.

Talking of which, I was trawling through social media and found this tweet that pandered to Europe’s far-right whilst grossly insulting past Jewish struggles. But the tweet was not from Naz Shah or Ken Livingstone. It was from the Israeli Prime Minister, who tweeted: "A strong Israel prevents the passage of masses of refugees to Europe. The world would be different if we were not here."

Taking pride in preventing those fleeing oppression is an irony lost on a prime minister of a country founded on exodus; and for me - a man born to a Jewish mother - is far more problematic than a crude, inaccurate meme by Shah or a ramble based on historical fact, from a political grandee like Livingstone.

Anti-Semitism is a very real problem. The true problem here, however, lies with how it is defined, misused and then grossly abused to attack political opponents. As someone whose family would have been affected first hand by the horrors of anti-Semitism, it is nothing short of a disgusting manipulation of pain and sorrow for political ends. Shame on you. 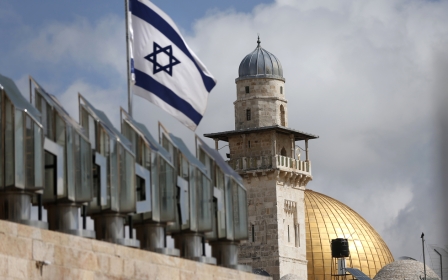