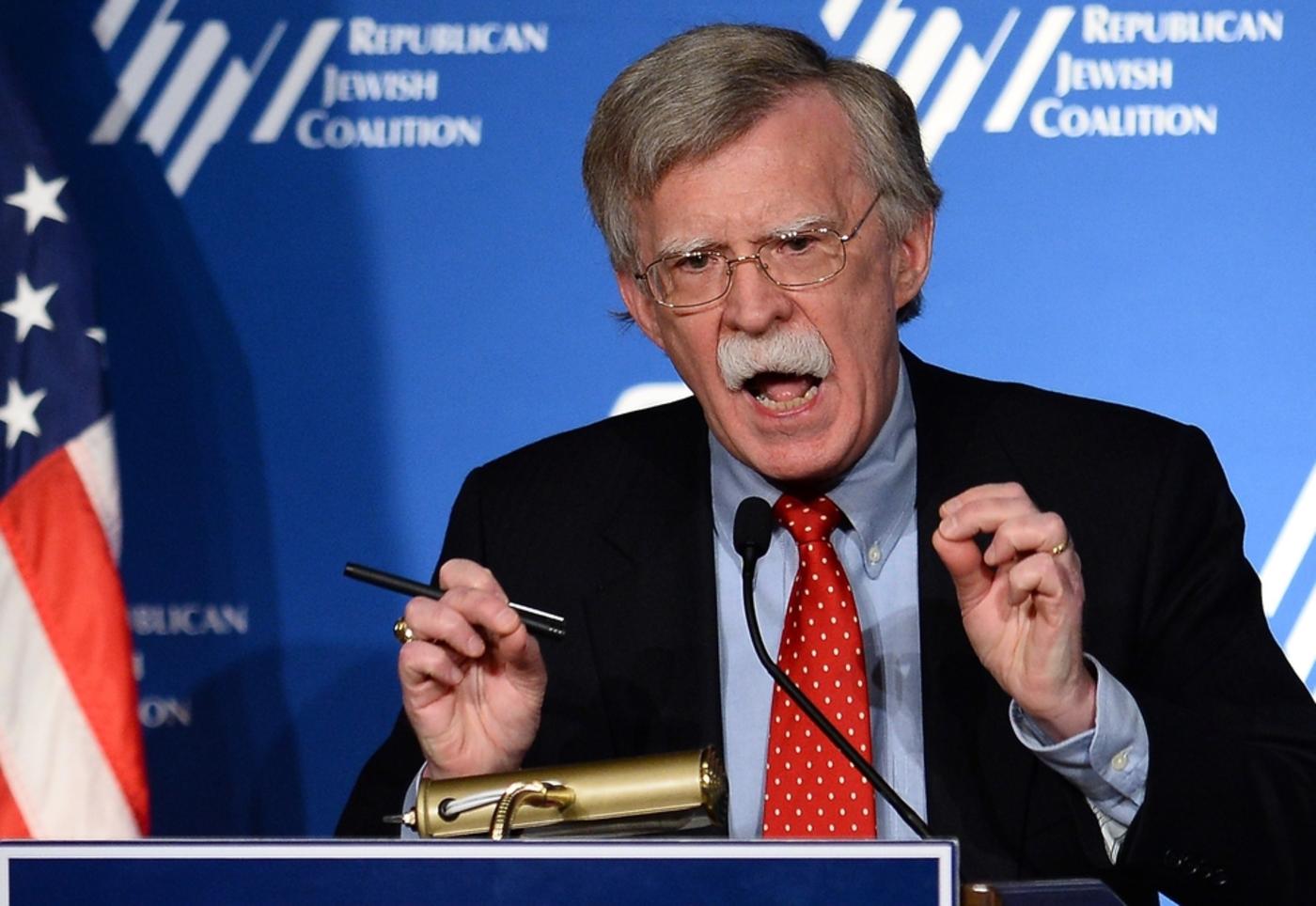 John Bolton, former ambassador to the United Nations under the Bush administration, has been appointed by US President Donald Trump as his third national security adviser, replacing HR McMaster.

While a great many troubling figures have travelled in and through the doorway of the Oval Office, none come as frightening and reckless as Bolton, and I include Henry Kissinger, a man responsible for the deaths of three million in Indochina, and Steve Bannon, an unashamed white nationalist.

Bolton represents the collective nightmare of almost the entire international community, or rather those who rightly tremble at the idea of American military power falling into the wrong hands.

For Bolton has demonstrated he is dangerous and reckless neoconservative ideologue who believes diplomacy should be replaced with ultimatum: either fall in line with US self-interests, or face the consequences meted out by the US military.

During the Bush presidency, Bolton was the go-to-man for inventing and selling false justifications and phoney intelligence about those who resist or stand in the way of the US imperialist project.

When Bush identified Iraq, Iran and North Korea as the "axis of evil" in his 2002 State of the Union address, Bolton extended the claim by arguing there was "a hard connection between these regimes – an 'axis' along which flow dangerous weapons and dangerous technology."

A claim we know now to be demonstrably untrue.

On Cuba, US neoconservatives have long championed every ruse imaginable – even the use of poison pens and exploding cigars – to topple the communist government in Havana.

Bolton hatched an even better plan, at least in his mind, when he accused Cuba of conducting an active biological weapons programme, a claim that was wildly untrue – and one in which the US State Department’s very own lead bio-weapons analyst refused to concur.

President Bush was clearly well pleased with the art of Bolton's deception, and in 2005 Bolton was nominated US ambassador to the United Nations. But it was in the subsequent Senate hearings, as noted by Vox, that Bolton's unhinged and demagogic nature was made clear for all to see.

"Mr Bolton proceeded to chase me through the halls of a Russian hotel - throwing things at me, shoving threatening letters under my door and, generally, behaving like a madman," testified one federal employee who worked alongside Bolton.

"For nearly two weeks, while I awaited fresh direction from my company and from US AID, John Bolton hounded me in such an appalling way that I eventually retreated to my hotel room and stayed there. Mr Bolton, of course, then routinely visited me there to pound on the door and shout threats."

While it might be easy to dismiss the testimony of one, it becomes more difficult when a half-dozen others also speak to Bolton's erratic and aggressive behaviour towards subordinates, as documented by both Vox and the Washington Post.

Certainly, Bolton isn't the first to display irrational, aggressive and reckless behaviour towards a colleague or employee, but we are talking about the guy who will be given the potential responsibility of advising an equally erratic and reckless individual – Trump - when and when not to deploy nuclear weapons.

Equally as concerning is the fact Bolton has what has been described as a "cozy relationship" with a constellation of anti-Muslim hate groups that are more commonly associated with the Islamophobia industry.

For instance, Bolton has a close working relationship with Pamela Geller, who is described by the Southern Poverty Law Center (SPLC) as "probably the best known – and the most unhinged – anti-Muslim ideologue in the United States." In 2010 Bolton endorsed a book she co-wrote with another notorious anti-Muslim extremist, Robert Spencer. On the latter, the SPLC had this to say:

"Spencer has complained of 'Shariah enclaves' and predicted that they will grow across America; referred to Barack Obama as 'the first Muslim president'; claimed that Islam 'mandates warfare against unbelievers' and said that 'traditional Islam is not moderate or peaceful’; and even suggested that the media may be getting money to depict Muslims in a positive light."

The book Bolton endorsed was described by The Nation magazine as a "series of unsubstantiated conspiracy theories about Barack Obama and sweeping anti-Muslim statements," with one passage claiming the United States’ 44th president to be an undercover Muslim:

"Obama went to extraordinary measures to obfuscate his Muslim background. The more proof that bloggers like me produced, the more we were marginalized. So secretive was Obama that he refused to release his long-form birth certificate, his thesis, his school records, his passport on which he travelled as a teen… the list itself was a looming red flag."

In a 2012 interview with Frank Gafney, who is considered one of the pioneers of Islamophobia in the US, Bolton agreed with the assertion the United States government had been infiltrated by a secret Muslim plot, implying loyalty oaths should be demanded to ensure government officials are loyal to the US and not Islam.

In 2010, Bolton spoke at a rally hosted by the far-right, anti-Muslim hate group Stop Islamisation of America (SIOA), which protested the construction of an Islamic community centre in New York City.

All of which must lead Muslim Americans to fear what Bolton, as national security adviser, must have instore for them the day after the next catastrophic or large-scale terrorist attack on US soil is carried out by a Muslim; a terrifying hypothetical given Trump has already targeted Muslims, calling for a ban on Muslim immigrants and ID badges for those who already reside here.

For Muslim populations abroad, Bolton has expressed, in no fewer than a half-dozen op-eds, a lustful desire to bomb Iran. "The unpleasant reality is that the only alternative to a nuclear Iran is to break Tehran's programme through the targeted use of military force, either by Israel, the United States or both," he wrote in a 2011 article for The Guardian.

What makes Bolton extra threatening to global security is the fact he’ll be advising a president who has no policies and diminishing power.

Congress all but ignores Trump’s whimsical and nonsensical policy proposals, which are typically articulated in random 6am tweets rather than position papers, and Republican Party leaders long ago stopped paying their leader any attention.

Increasingly isolated and frustrated, Trump is firing anyone and everyone who has ever stood up to him, or spoken out of turn. It's why Rex Tillerson is gone, and it's why Bolton's predecessor McMaster is going, which means Bolton can play to Trump’s darkest impulses and fears.