Will Egypt go to war with Ethiopia over the Grand Renaissance Dam?

Mustafa Salama
Sisi backs Sudan's proposal for internationally mediated negotiations on the project, but he could use war to unify a divided Egypt 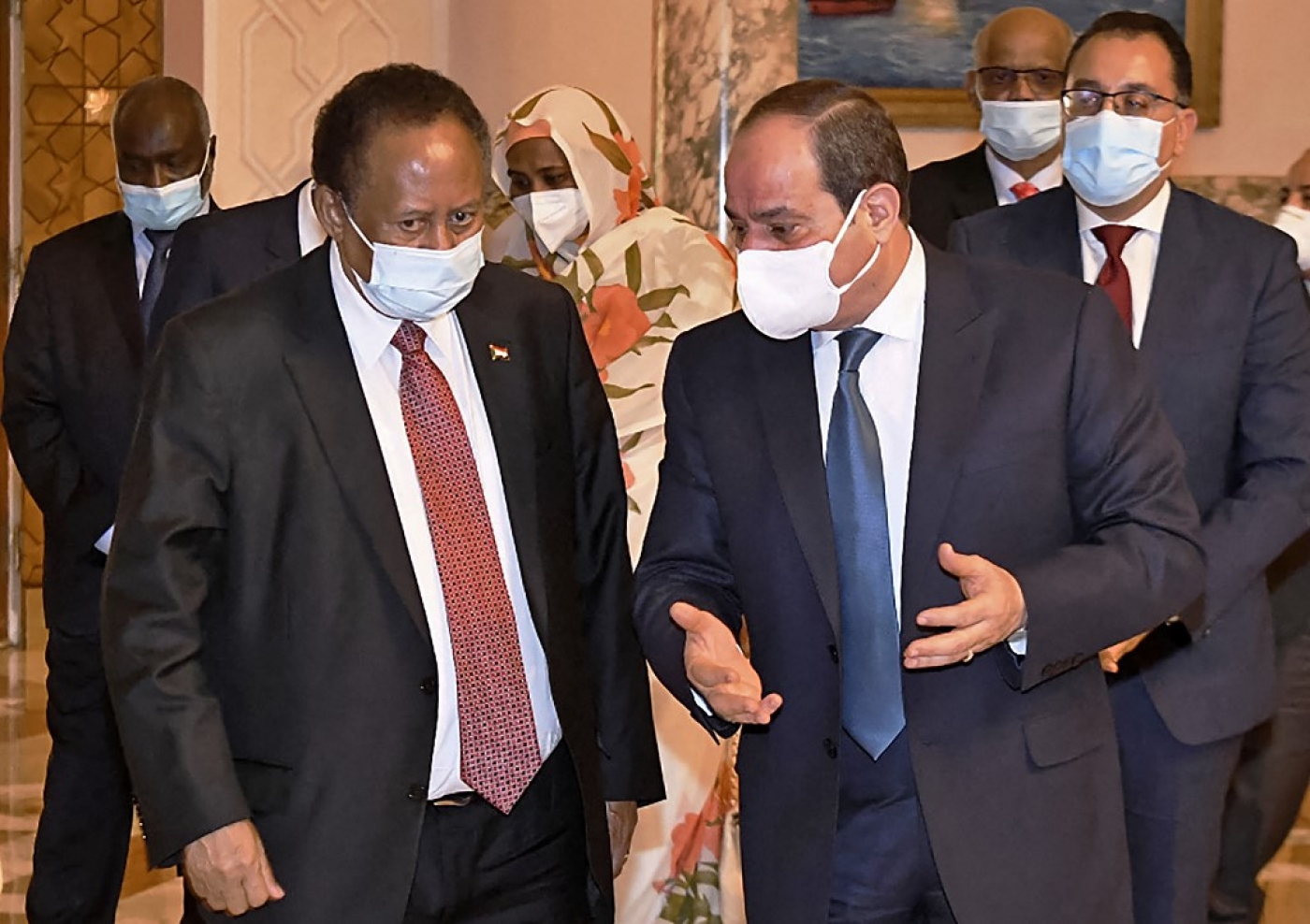 Sisi warned Ethiopia against trying to extend control over the Nile, noting that the Horn of Africa country has unilaterally announced its intention to start the second phase of filling the GERD basin, which could cause immense harm to Egyptian and Sudanese interests. Sudan has previously stated that such a move would threaten its own security.

At the media conference, Sisi backed Sudan's proposal to restart negotiations mediated by a quartet of the African Union, European Union, United States and United Nations.

Such a speech would have normally made international headlines, but, unfortunately for Egypt and Sudan, it mostly fell on deaf ears, reflecting Egypt's dwindling regional influence.

Running out of patience

In past decades, Egypt has considered the Nile's flow a matter of national security, with a former defence minister calling for military intervention in Nile basin countries should Egypt's share of the river be threatened. Conversely, Sisi has repeatedly used a language of diplomacy instead of the threat of force.

His new, sterner posture is not out of the blue; Egypt is not only running out of patience, but the reshuffling of regional relations is giving it more leeway to put additional pressure on Ethiopia.

Egypt has been deescalating with several regional foes. Though not entirely of its own making, Egypt and Qatar have reached a better footing after the recent Saudi-Qatar rapprochement. Egypt held talks with Qatar in late February, and the two countries' foreign ministers met on the sidelines of an Arab summit earlier this month.

On the Libyan front, Egypt has had little choice but to accept the new internationally supported status quo on its western border, even though Sisi would have wanted an authoritarian regime in Tripoli. Last month, Sisi met his Libyan counterpart, Abdul Hamid Dbeibeh, in Cairo, and offered him support in post-conflict development. Egypt and Libya have also been coordinating on a number of bilateral issues, with the Egyptian embassy expected to reopen soon.

This is not to say that Egypt is ignoring its own security concerns. Particularly worrisome to Cairo is the Turkish military presence in Libya, which has largely tilted the balance of power in favour of the revolutionaries who overthrew the Gaddafi regime in 2011.

Turkey does not deem Egypt's post-2013 coup regime as legitimate; this is why Sisi famously "drew a line" in Libya that, if crossed by Turkish-backed forces, would spur Egyptian retaliation. In response, Egypt reportedly developed the largest land military base in the Middle East and North Africa at Sidi Barrani, around 90km from the Libyan border.

And yet, Egypt has also been much more receptive of Turkey's willingness for rapprochement. Egypt's state media has pointed to the benefits of such rapprochement, while Cairo has given signals that it would be open to cooperation. Egypt could benefit from a calming of relations with Turkey, in order to focus on Ethiopia.

In addition, Egypt and Sudan have recently intensified their bilateral cooperation in several sectors, including trade, agriculture, transport, health, energy and mining, topped off with a defence pact in early March. It is clear that the latter is primarily directed at Ethiopia.

Ethiopia is already in a vulnerable position, with its ongoing civil war in the Tigray region, which has created a refugee crisis primarily borne by Sudan. There have been numerous credible reports of grave human rights violations in the war, with Ethiopia facing international isolation. The EU has suspended aid to Ethiopia over its violations in Tigray, while the US last year suspended aid over the GERD dispute.

On Thursday, US President Joe Biden dispatched Senator Chris Coon to Ethiopia to discuss the humanitarian crisis and human rights abuses in Tigray. The conflict with Egypt and Sudan over the dam will likely be among the items on Coon's agenda.

To Egypt and Sudan, the Nile is a matter of life and death. Egypt seems to have done its regional homework, and, alongside Sudan, it is preparing to seriously take on Ethiopia. Ethiopia and Sudan had already reached a point of high tension last month, trading accusations of territorial breaches over a disputed border.

One might say that Egypt's dire economic situation does not give it the leeway to launch an attack. But Egypt could use a potential war as a national rallying tool to unify the country, deflect attention from its domestic woes and announce a comeback as a top regional contender.

For decades, political scientists have debated the "water wars hypothesis," which sees water-sharing states becoming more prone to war in the future. While it may seem unlikely, one should not rule out a disastrous military confrontation. Given Ethiopia's vulnerability, along with Egypt's and Sudan's willingness to negotiate, one would hope for a peaceful settlement soon.