Tallha Abdulrazaq
How could the Egyptian people decide, weeks into his rule, that Morsi had failed? They most certainly did not, but foreign meddling led to violence 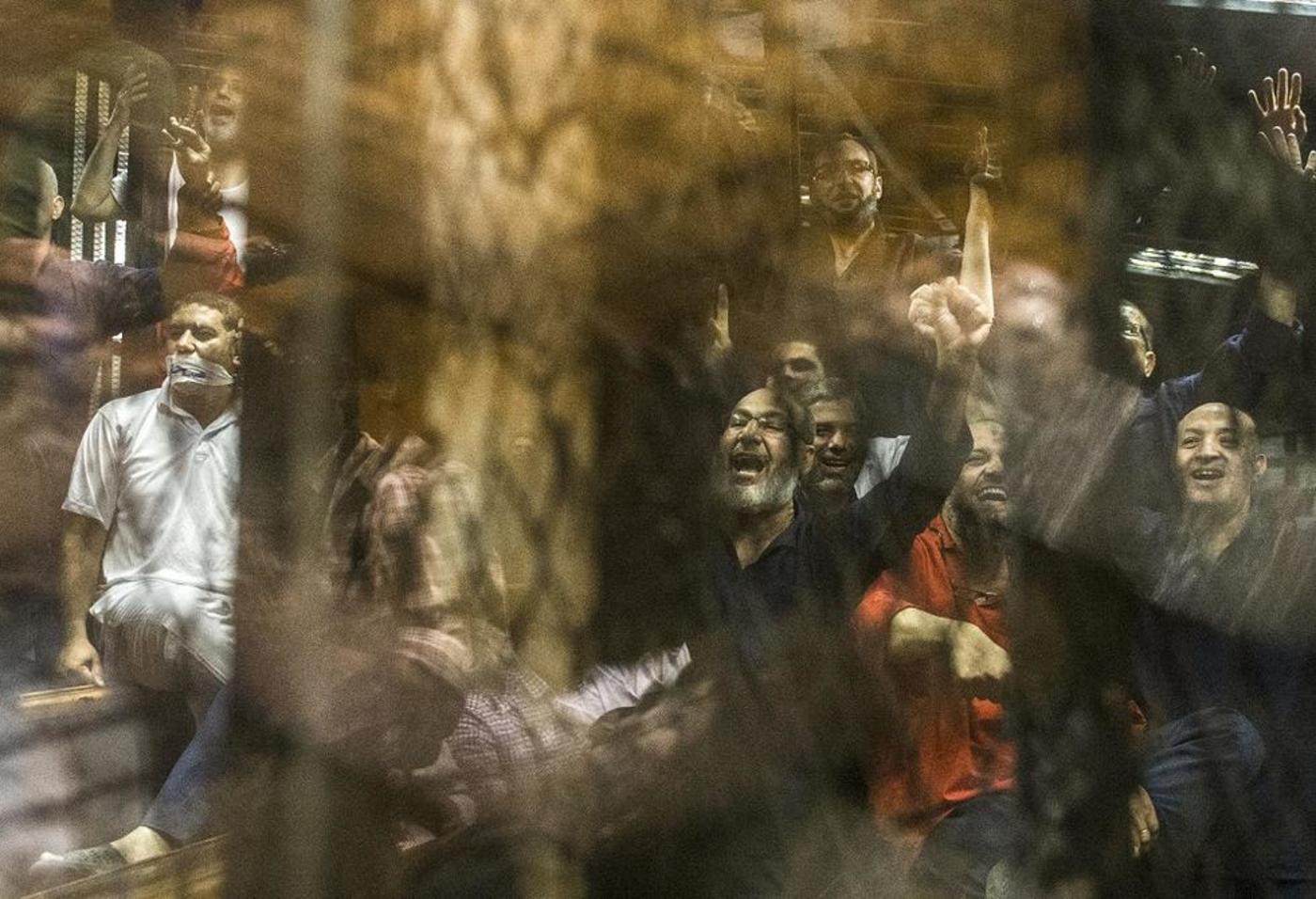 In a court verdict that must have surprised absolutely no one this morning, the perpetrators of the Egyptian putsch that brought Abdel Fattah al-Sisi to power two years ago sentenced 106 people to death. The most prominent victim of Egypt’s latest tyrannical Pharaoh was of course former president Mohamed Morsi, the man who was Egypt’s first and only democratically elected head of state. Whilst Morsi may be the most obvious victim here, today’s judicial catastrophe heralded the death of democracy in Egypt, and quite possibly further afield in the Middle East.

A long-time member of the Muslim Brotherhood, Mohamed Morsi was elected in a highly contested election that was internationally recognised as being representative of the will of the Egyptian people. He was chosen by the Egyptians to carry out the objectives and demands of the Egyptian Revolution that toppled former despot Hosni Mubarak in February 2011. The wishes of the revolutionaries who ousted Mubarak were for Egypt to be run with accountability, transparency and for corruption to be tackled. However, he was never given the chance.

The first major demonstrations against his rule began within weeks of Morsi taking the reins of power, and continued until he was overthrown. One can only imagine that these were instigated by the likes of Mubarak-era flunky and presidential candidate Ahmed Shafik, who fled to his benefactors in the UAE almost as soon as he lost the elections. The Emiratis went out of their way to support any anti-Muslim Brotherhood forces, whom they openly hate because they were one of the only non-violent groups that posed a significant threat to the traditional power structures of the Gulf Arab states.

How could the Egyptian people decide, weeks into his rule, that Morsi had failed? They most certainly did not, but foreign meddling from states fearful of a successful transition from autocracy to democracy made sure that they plied the right people with the right amount of money to get enough bodies in the streets, committing acts of mayhem and violence in the process to destabilise Egypt.

This help from the UAE and other Gulf Arabs, predominantly Saudi Arabia, was made abundantly clear when they invested billions of dollars into Sisi’s new fiefdom after Morsi was abducted, investments which they have boosted many times over since then. This money could have been lent to Morsi, to help him reform the economy and bring a semblance of comfort to the poverty stricken Egyptians. It is obvious why they waited until Morsi’s overthrow before coughing up any money at all. Even then Sisi bit the hands that fed him and insulted his financiers.

But what of the democracy that Western governments keep bleating about? What of their inability to call a coup a coup? Although it did not happen quite to this level, this is not the first time that democracy has been trumped by the realpolitik ambitions of Western states who prove on a daily basis that Democratic Peace Theory is one of the field of international relations’ biggest jokes.

When Hamas, the Palestinian movement in control of the Gaza Strip, engaged in and won free and fair democratic elections in 2006 against their secular rivals Fatah, the world cried foul. Not only was democracy conveniently blindfolded, bundled into a car and driven off into the wilderness to be molested, but the United States and Israel conspired with their Fatah clients to overthrow the government.

Unlike the Egyptian Muslim Brotherhood, however, Hamas are a canny folk who knew that democracy meant nothing in the Middle East unless it served a Western agenda. Expecting treachery, Hamas protected itself using military force, and ensured that the results of the elections would be respected at least in Gaza.

Ironically, as another client of the US and Israel, Egypt has been instrumental in the illegal siege on Gaza since it was imposed after Hamas decided to protect its democratic victory. In one of the cases today, a further 18 of Morsi’s fellow Muslim brethren were found guilty of allegedly being Hamas informants. This charge is so outrageous that the Egyptian authorities deemed it necessary to sentence to death already dead members of Hamas. Morsi is also facing these charges with his verdict due next month. The sheer mania and political psychosis occurring in Cairo’s halls of power has reached unprecedented levels that make even Hosni Mubarak’s rule seem like a fond memory. But perhaps that is the point of all of this, to send a message to the Arab people?

Following Sisi’s wanton brutality, and the inhuman barbarism of the Butcher of Syria, Bashar al-Assad, the message from the Arab old guard to their people is: “Stay shackled in your chains, dream not of living with dignity, freedom and the ability to express yourselves openly. For if you ever contemplate rising above your station, we will smite you, crush you, burn you, and execute you, all in the name of justice."

In despair, some may even eschew the peaceful approach that the Muslim Brotherhood adopted for decades, and they will simply say, “look where peacefulness got them?” It would be hard to argue that they are wrong.

The danger here, however, is that the alternative to moderation and adapting to one’s new, painful circumstances can be extremism. In response to being repeatedly hounded, cornered and persecuted, people who had good intentions may turn to extreme violence to fight back against the injustice that led to the deaths of over a thousand peaceful protesters in the Rabaa massacre in 2013. Although these massacres have been described as crimes against humanity by human rights organisations, the world sits idly by, twiddling its thumbs, hoping it will all blow over.

But it will not simply go away. As the Palestinians and their supporters are fond of saying at demonstrations, “no justice, no peace”. Young Arabs all over the region have seen what moderation and aiming for democracy can get for them, and so far it is mostly death, devastation and destruction.

If the hypocrisy of the West does not end soon, and they do not start helping these people achieve basic human rights, dignity and freedom, then democracy will hang along with Morsi, and none can ever blame the Arabs for what might emerge out of the Middle East.

Photo Credit: Egyptian Muslim Brotherhood's Safwat Hegazy (C) shouts from behind the defendant's cage as the judge reads out the verdict sentencing him and more than 100 others (AFP)