Shahira Amin
Last week’s attack on a lawyer is a symptom of a systematic crisis of police abuse, and the president’s apology is no substitute for reforms 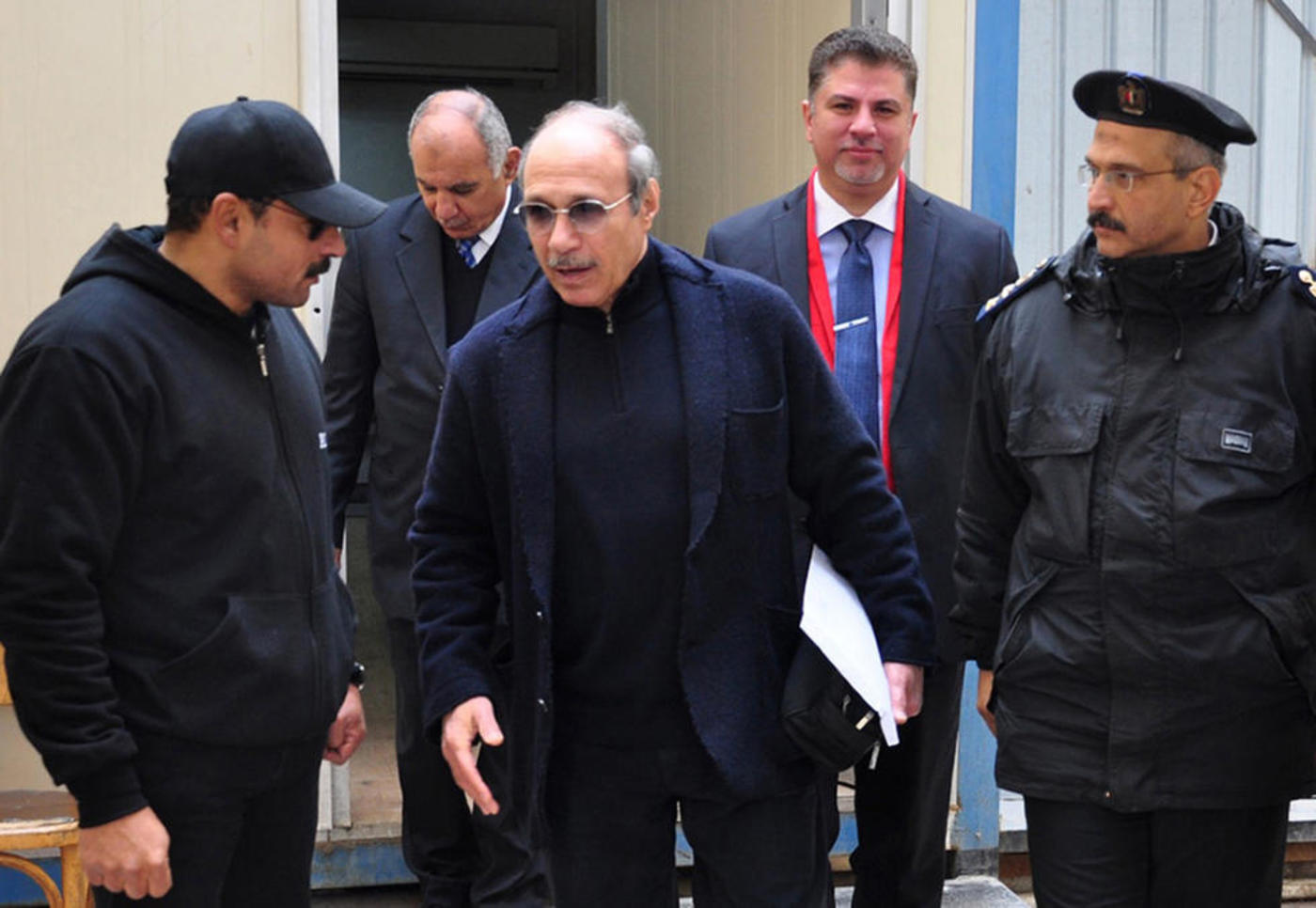 President Abdel Fattah al-Sisi apologised to lawyers earlier this week for “the individual act” of a police officer assaulting a lawyer at a police station in the Nile Delta city of Damietta. However, he stopped short of suggesting a plan to end police abuses which rights organisations say are rampant in Egypt under the current military-backed regime.

Last week's attack on lawyer Emad Sami in Damietta is by no means an isolated incident and Sisi's apology is too little, too late. In recent months, two lawyers - Imam Affifi and Karim Hamdy - have died after allegedly being tortured by police while in custody at a police station in the northern Cairo district of Mattaria, a hotbed of Muslim Brotherhood dissent. Two police officers charged with beating Hamdy to death in February have been released on $1310 bail each, pending trial.

Meanwhile the latest assault incident on the Damietta lawyer sparked a nationwide strike by members of the Bar Association on Saturday.  In Alexandria, tens of lawyers rallied outside the Mansheya Courthouse to protest  police violence against lawyers.  Raising placards that read “The police are thugs” and “Lawyers are a red line,” they chanted “There is no change; Habib El Adly is still the minister of interior” - in reference to Mubarak's interior minister who led a security apparatus notorious for widespread human rights abuses.

Indeed, more than four years after a mass uprising sparked by police brutality, little has changed in Egypt. Images of the badly disfigured face of Khaled Saeed, a young businessman from  Alexandria, allegedly beaten to death by two policemen, had gone viral on social media in the weeks leading up to the 2011 uprising.  Saeed's death was one of several factors that spurred thousands of Egyptians to take to the streets on 25 January, 2011, which is Egypt's National Police Day.

More than four years on, reports by international rights organisations indicate “a reversal in the rights gains made by the 2011 revolution” and a dramatic deterioration in the human rights situation since the military takeover of the country in July 2013.

Lawyers are not the only group targeted under the current regime's widening security crackdown on dissent. Students, journalists, secular activists - including several iconic symbols of the 2011 uprising - atheists and members of Egypt's LGBT community are also being targeted, and increasingly so over the past year.

President Sisi's first year in office was “marred by flagrant human rights abuses,” according to a report released earlier this week by Human Rights Watch. The report which coincided with the one-year anniversary of Sisi's inauguration as President, cites “an escalation in violence by armed groups and the government” and “a lack of accountability for many killings of protesters by security forces, mass detentions, military trials of civilians, hundreds of death sentences and the forced eviction of thousands of families in the Sinai Peninsula”.

The report blames the surge in violence on the “near total impunity for security forces' abuses” under the Sisi regime. “No members of the security forces have been held accountable for the mass killings of protesters that followed the military's July 2013 removal of Egypt's first freely elected president Mohamed Morsi,” states the report. It further describes the excessive use of force by security forces to disperse two Cairo sit-ins (staged by supporters of ousted President Morsi) on 14 August, 2013 as “probable crimes against humanity”.

An estimated 800 protesters were killed by security forces in a single  day of violence on 14 August. The killings have not been investigated nor have there been any prosecutions for the crimes committed by the security forces. Meanwhile, mass death sentences have been handed down to more than 1,000 Muslim Brotherhood leaders and supporters since Sisi came to power.

A formal report submitted by the Obama administration to Congress on 12 May also sounded the alarm, stating that “Egypt is moving away from democracy, stifling freedom of expression and arresting thousands for political dissent while failing to hold the security forces accountable for arbitrary or unlawful killings”.

Indeed, a series of cover-ups since the 2011 uprising has allowed the police to avoid accountability.

Over the past four years, the norm has been the acquittals of police officers and security personnel, including those believed responsible for the kilings of protesters. Earlier this year, Mubarak's Interior Minister Habib El Adly and six senior aides were released after being acquitted of the final charge of illicit gains. They had earlier been cleared of the accusation of killing hundreds of protesters during the 18-day uprising that overthrew Mubarak.

Police have also escaped accountability for the deaths of at least 19 football fans in stadium violence that occurred in February. While most of the deaths were the result of a stampede triggered by panic after police fired volleys of tear gas into the crowd, the public prosecutor has blamed Muslim Brotherhood supporters and the fans themselves for the violence, saying they had sought to destabilise the country.

In the harshest verdict against a police officer since the 2011 uprising, First Lieutenant Yasser Mohamed Hatem was sentenced to 15 years in prison on Thursday for shooting dead a 31 year-old mother during a peaceful rally marking the fourth anniversary of the revolution. Shaimaa El Sabbagh, a member of the Socialist Popular Alliance Party, was shot and killed near Tahrir Square where she had planned to lay a floral wreath as a tribute to those killed during the uprising.

Her tragic death was captured on camera by a photographer at the scene. The haunting images of her death helped in identifying her killer who was charged with “shooting that led to death” (manslaughter) instead of intentional murder. Rights advocates had feared the lighter charge would allow him to escape justice altogether. Many of them are relieved to hear that the officer will be made to pay for his crime. They caution, however, that Thursday's ruling may still be appealed with a chance of a reduced jail sentence for the defendant.

After an outcry sparked by Shaimaa's death, President Sisi attempted to appease an angry Egyptian public. In a televised speech broadcast in February on state TV, he mentioned Shaimaa, calling her “my daughter” and the “daughter of all Egyptians”. He also vowed to bring her killer to justice. His words failed to stop 17 of her fellow-party members and eyewitnesses in the case from being investigated on charges of staging illegal protests. While they have been acquitted, rights advocates believe their trial was an attempt to shift attention away from the actual killer.

Meanwhile, a group of rights activists claims it has documented at least 163 cases of “forced disappearance” in Egypt since April. In a chilling report published this week, “Freedom for the Brave,” an Egyptian group campaigning for the release of political detainees, states that out of the total number of “missing persons” believed to have been abducted by security forces without arrest warrants, 64 “dissenters” have been found in detention camps or in prisons. The whereabouts of 66 others remain unknown while two of the missing persons have been found dead, according to the report. The forced disappearances are reminiscent of abductions that took place on a wide scale under Hitler's Nazi regime in Germany in the 1930s.

The “forced disappearances” report comes hot on the heels of a recent report by the International Federation of Human Rights asserting there has been “a surge in sexual violence against women by security forces since 3 July, 2013”.

This is the situation despite the creation of a special police unit in 2014, which includes four women police officers, to specifically combat violence against women. Initially comprising 10 officers, the unit has since grown in size and expanded its mandate to include among other things: dealing with complaints of violence and taking the necessary legal action against harassers, rapists or in cases of domestic violence, husbands, sons and/or fathers. It includes also being present in crowded areas and on public transport. While the creation of the unit is a welcome development, its impact has yet to be felt and much more needs to be done to combat what some rights campaigners have described as a “problem of epidemic proportions”.

In light of the increased rights violations and police violence over the past year, there is clearly a genuine need for deeper institutional changes: improved training for the police force, accountability for police abuses, financial transparency and civilian oversight are vital and must be part of the reform process for the police and security agencies.

But the security sectors are obstinately resisting meaningful reforms. Raising the spectre of ISIS and terrorism, and using the conflicts in neighbouring countries, they continue to avoid transparency and accountability. Pressure to comply must come from civil society, the media and political parties. Not only can civil society engage in building broad consensus but they can also make the security sectors more democratic and accountable to citizens. This can be done through advocacy, informal oversight and education.

Appeasing rather than reforming the security sectors, will only deepen the culture of police impunity, shattering the youth revolutionaries' dream of a democratic Egypt. 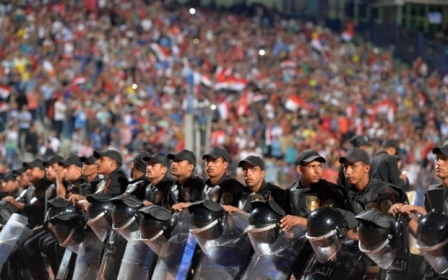 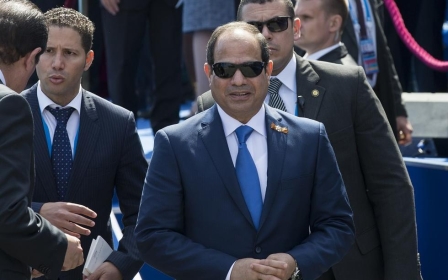