The four traits Sisi, Hitler and Mussolini have in common 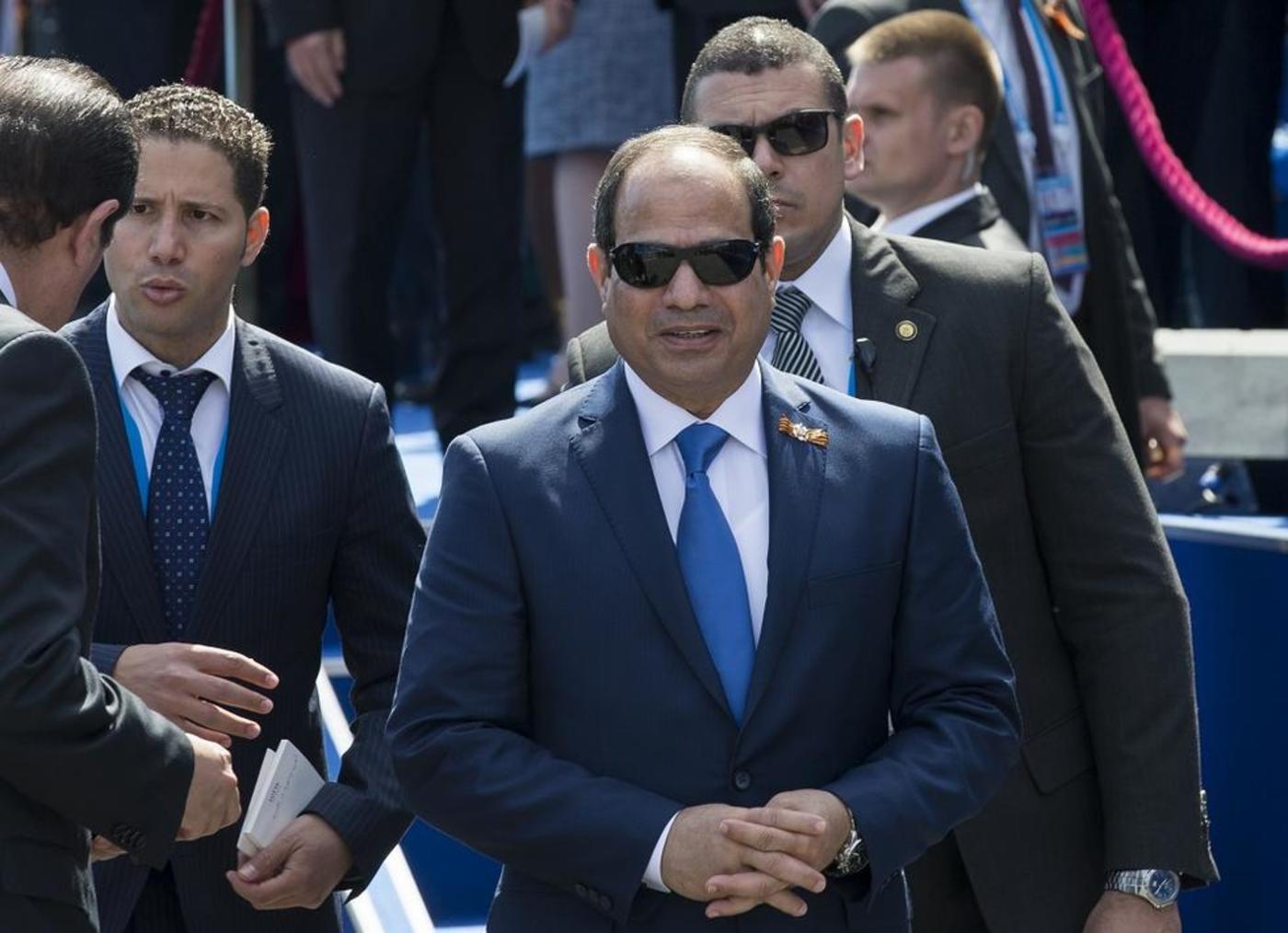 Only two years after ousting Egypt’s first democratically elected president Mohamed Morsi and taking over power in a military coup, General Abdel Fattah al-Sisi is putting in place a fascist regime. He must be stopped and not rewarded in order to avert Egypt from plunging into an endless cycle of violence and radicalisation of an increasingly frustrated youth.

We often use the term fascism casually and loosely. Thus, it has become ambiguous. But the classic studies of fascism show the extent by which Sisi’s regime has exhibited clear characteristics of fascism: an inflated cult of personality; glorification of the state and militarism; ultra-nationalism and xenophobia; and eliminationist policy toward all domestic opposition.

In preparing the stage for a military coup, the Egyptian media stressed the need for a “Bonapart”, a strong military man to lift Egypt from the ashes and take it to a new beginning.

Sisi’s portraits, which the military circulated widely, showed his face with his trademark dark glasses and a formidable lion in the background ready to devour its enemies. Indeed, he has been holding up to this image. In two years of his rule, General-cum-President Sisi has killed over 3,000 peaceful opponents, injured 16,000 and detained over 40,000, a record that took Chile's Pinochet 13 years to accomplish.

Sisi was given a god-like, transcendent and penetrating power. The media introduced him to the Egyptians as the "Redeeming Messiah", "Messenger from God", "Saviour", "Better than Prophet Mohammad". An Egyptian poet proclaimed that “Egyptian women were pregnant with his star” while Egyptian female columnists praised his sexual appeal and potency and begged him to take them as his concubines.

Sisi, like other narcissist and fascist leaders, seems to be rapidly getting hooked on this image and is enjoying this cult of personality. He recently described himself as “a doctor whose diagnoses are sought after by top philosophers and prominent world leaders”.

Glorification of the state and militarisation

Sisi is reconstituting a new state that rests on the military and security apparatus as its driving force. He keeps reminding Egyptians how through a divine will he rescued the Egyptian state from collapse, how the state was targeted at one point, and how keen he is to rebuild it.

He has urged Egyptians to be in the service of the state and nudged them to act as informants against its “enemies” (i.e. his opponents). He even complained that Egyptians were not reporting on each other hard enough and it was their duty toward the state to be more diligent.

Under Sisi, the militarisation of state and society has been proceeding rapidly. He has appointed cabinets of "bureaucrats" who follow his orders and not "technocrats" who can reflect their own expertise.

He has also been promoting the military as the main engine behind the economy, the country’s main broker and sub-contractor, with no civilian oversight or safeguards against military corruption.

Fascist regimes tend to create strong sentiments of ultra-nationalism and hatred toward certain enemies. For the past two years, Sisi and his media machine have been promoting a negative and destructive sense of nationalism that superficially builds on fabricated concerns about foreign conspirators and domestic enemies.

Like classic fascists, they re-write and re-invent history: The January 2011 Revolution was a foreign-inspired conspiracy, its leaders and icons were trained and implanted by the West; international NGOs were violating Egypt and conspiring against it; the US pressured the glorious Egyptian military to allow the Muslim Brothers to come to power; Obama was a member of a Muslim Brotherhood sleeping cell and his brother was their financial mastermind; and finally the German leaders, who were critical of Sisi’s brutal policies during his recent visit, were also Muslim Brothers.

Sisi rests his raison d’etre on fomenting polarisation, escalating state violence and dividing Egyptians into two peoples: one pure, patriotic, pro-state and -military, the other enemies of the people and the state. It is becoming a practice now to strip opponents with dual citizenship of their Egyptian nationality. This is a clear trait of fascism that sees Sisi’s opponents as not worthy of Egyptian citizenship.

Sisi and his media machine have succeeded in putting society on a course that ends with accepting eradication and “final solutions”. They stress escalation, maximalist positions, exchange of threats and use of violence and entrapment, all the time rationalising the process of eradication, working to change perceptions and routinising violence and bloodshed.

Under this narrative, those who opposed Sisi, the military and the coup were enemies of the state, traitors, and had to be eliminated. Since Sisi’s takeover, pro-coup “liberals” and intellectuals have been spitting repugnant statements and maximalist positions. Fascist calls for exclusion, purification and eradication of opponents have been circulating widely. Tariq Heggy - a prominent secular intellectual who is well-recognised in the West as an Egyptian "liberal" – helps to sanctify Sisi’s actions by shedding a divine aura to the brutal and bloody measures that Sisi has taken against his opponents.

He described Sisi as “the most capable to eradicate the Muslim Brotherhood germ". Religious fatwas (legal opinions) were issued by pro-coup religious figures declaring that buying from Muslim Brothers’ stores and marrying them was haram (forbidden).

Under Sisi’s regime, the classic fascist tactics of the use of brutal force and extralegal measures against opponents has increased to an alarming degree. The cycle of state violence has widened to include - in addition to the Muslim Brotherhood - secular activists and revolutionary youth. The regime has unleashed death squads to eliminate dissent and has applied systematic forced disappearance that has targeted hundreds of Egyptians.

Sisi is the problem, not the solution

Fascism, individualistic rule and military-backed regimes are bound to collapse. It may take time, but they will eventually end. Yet the damage they incur in the meantime is severe and can have long-lasting effects.

Sisi is pushing hard to incite radicalisation and create a pretext for his brutality and prove his worth to the West. Sisi’s crushing of democracy and ruthless elimination of dissidents vindicates the extremist narrative which sees democracy as futile and advocates violence as the only viable way to counter “state terror” and fascism. He is radicalising large segments of disgruntled and alienated youth and eventually undermining the West’s efforts to fight Islamic State (IS) group and radicalism. While the West concentrates on the radicalisation fuelling groups like IS, they are turning a blind eye to the other kind of radicalisation being prompted by Sisi and his fascist doctrine that is in turn fuelling the rise of IS and further promoting polarisation in the already unstable region.

The US and the EU need to realise they have been a part of the ongoing tragedy in Egypt and that this tragedy is destined to have effects across the Mediterranean.

It is high time to consider a new approach to deal with this newborn fascism in Egypt, instead of their current policy of appeasement. They cannot have it both ways by rewarding and funding repressive regimes like Sisi’s and claiming to be concerned about human rights. They need to make up their mind: either publically declare their support for the likes of Sisi and or prove a genuine commitment to human rights and democratic values in Egypt.

Egyptians, on the other hand, will have to realise that soon enough Sisi will become the past and that they will have to co-exist and reconcile in order to preserve the social fabric and their future. Egyptian political leaders should agree that the essence of the struggle is between military rule and civilian ​rule. We need to restore civilian rule and not to succumb to military hegemony that has set Egypt backward and caused it to lag behind.

Returning Egypt to the path of democracy and national reconciliation is the only way forward. Luckily, while the present looks gloomy and dim, the force of demography dictates that the future is the youth's, whether autocrats and their outside supporters like it or not.

- Emad Shahin, is a Visiting Professor at Georgetown University’s School of Foreign Service. He is also a professor of Public Policy at the School of Global Affairs and Public Policy (GAPP), the American University in Cairo (AUC) and editor-in-chief, The Oxford Encyclopaedia of Islam and Politics. In May 2014, he was sentenced to death in absentia by an Egyptian court in a highly-controversial mass trial. 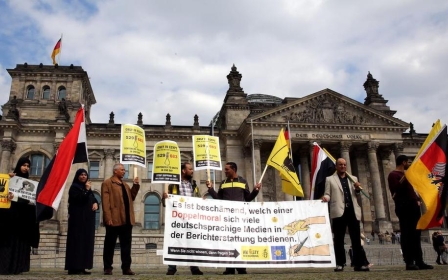 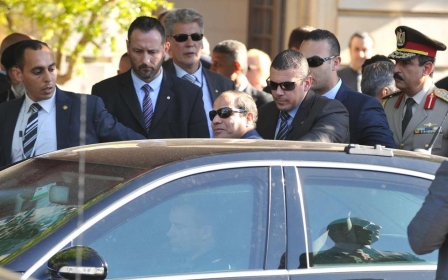 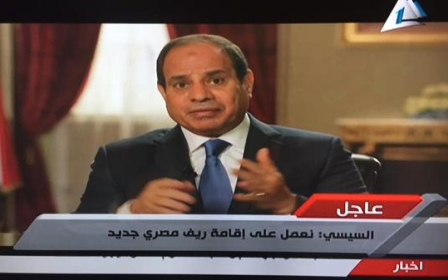