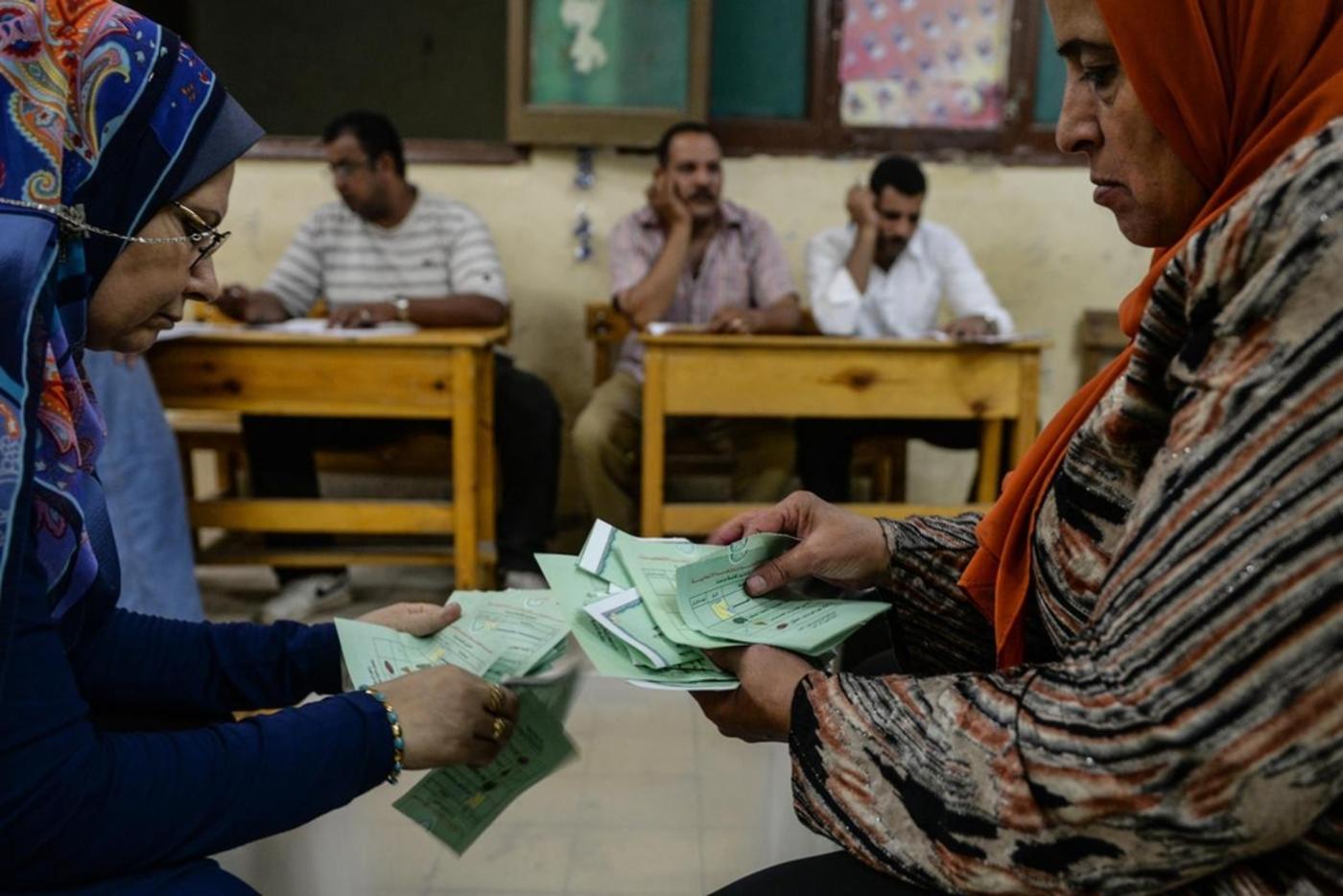 Egypt’s ongoing parliamentary elections – farcical in every sense, with a turnout so far of only 2 percent - are further proof that Egypt is witnessing the solidification of a quasi-authoritarian system of government, not a democratic revival.

Most of Egypt’s new parliamentarians will be wealthy, elite, sympathetic to the nation’s current military president, and vehemently opposed to the Muslim Brotherhood, which governed Egypt during a brief democratic transition in 2012 and 2013. In short, this will be a rubber stamp parliament, one that will serve as a tool for - rather than a check against - Egypt’s current president, Abdel Fattah Al-Sisi.

Al-Sisi recently passed a new election law that effectively cancels out the influence of Egypt’s political parties. According to the law, nearly 80 percent of parliamentary seats will be allotted to individuals. This individual system, which helped Egypt’s former dictator Hosni Mubarak consolidate power in the 1980s and 1990s, privileges wealthy elites with ties to the Egyptian establishment, of which Al-Sisi is a card-carrying member.

Political scientists and Egyptian political activists have long considered the individual system to be a threat to Egyptian democratic prospects. After Mubarak was ousted in a 2011 uprising, new legislation was quickly passed privileging political parties rather than wealthy individuals. When Egypt’s first post-Mubarak parliament was elected in late 2011, nearly 70 percent of seats were allotted to candidates comprising electoral lists consisting of representatives from Egypt’s political parties.

Al-Sisi is unlikely to rely exclusively on the new election law to ensure a compliant parliament. Worried about how possible fractures within the establishment could affect his rule, Al-Sisi has already indicated that he wants to amend the constitution to reduce the parliament’s power. As Mada Masr reported last month, Al-Sisi warned Egyptians against the powers of the parliament. He said, “The constitution gave the parliament broad powers, with good intentions… But the country cannot be run on good intentions.”

Importantly, the current elections are taking place with Egypt’s most powerful political group, the Muslim Brotherhood, on the sidelines. The Brotherhood won five consecutive free votes in 2011 and 2012 before a July 2013 military coup ousted the nation’s first-ever fairly elected president, Mohamed Morsi, who hailed from the Brotherhood. In the two-and-a-half years since Morsi was overthrown only one year into his first term in office, the Brotherhood has been formally eliminated from politics and public life.

Their political party has been banned and their members and supporters have been subjected to mass killings, mass arrests and mass death sentences, among other forms of repression. Legislation even prevents individual Brotherhood members from running for office as independent candidates.

The Egyptian government and its loyal media apparatus have repeatedly claimed that there was overwhelming popular support for Morsi’s ouster and that eliminating the Brotherhood came at the request of “the nation”. Moreover, the government argues that, in any case, the Brotherhood has such little support in Egypt that their elimination from political life bears no serious consequences on Egypt’s democratic prospects. Empirical data suggest that these claims are wrong.

Multiple post-coup polls conducted by Western polling organisations suggest that the Brotherhood and Morsi remain relatively popular and that many Egyptians oppose the 2013 military intervention. For instance, according to a post-coup poll by Zogby Research Services, more than half of Egyptians said they didn’t support the military’s removal of Morsi and 44 percent said they held a favorable view of Morsi himself.

The same poll showed that, although their popularity had waned, the Brotherhood was still in a virtual tie with the Tamarrud movement for the most popular political group in Egypt. Another poll, by Pew, showed that 42 percent of Egyptians held favourable views of Morsi a full year after he was removed from office and imprisoned.

Other powerful political groups, including the liberal Islamist Wasat party and the April 6 Movement, have also been disqualified from politics. In democracy, one cannot claim a democratic election after having eliminated the competition.

Egyptians witnessing the current election period are benefiting from their knowledge of previous post-coup votes. In 2014, there was a referendum on the post-coup constitution, written by a small group of elites hand-selected by an interim president, who was, himself, hand-selected by the Egyptian military.

During that vote, the government besieged the country with advertisements suggesting that a “yes” vote was a patriotic duty. At the same time, the government prevented anyone from campaigning for a “no” vote - a few brave souls who tried were arrested. Later in 2014, a farcical presidential election was held. After eliminating all serious competitors and helping lead a hysterical state-sponsored propaganda campaign, Al-Sisi took home 97 percent of the vote.

If there is a good sign, then, it is that many Egyptians appear to have learned important lessons - for instance, it is likely that most Egyptians know and understand that the current elections are not serious or democratic. This may be why so few Egyptians are heading to the polls. Egyptian government propaganda aside, early reports suggest that voter turnout has been very low. In last-minute desperate moves designed to increase turnout, the Egyptian government offered up a half-day holiday for government workers on Monday and provided free transportation to voting stations.

Miserably low voter turnout or not, Egypt will soon have a parliament. Perhaps sooner rather than later, more Egyptians will realise that the Muslim Brotherhood - some rather obvious faults notwithstanding - wasn’t nearly as terrible as Egypt’s military rulers have told them. At least the Brotherhood, during their brief period of influence, helped establish a democratic framework through which they could have been voted out of office. The same cannot be said about the current Egyptian regime.

- Dr Mohamad Elmasry is an Assistant Professor in the Department of Communications at the University of North Alabama.
The views expressed in this article belong to the author and do not necessarily reflect the editorial policy of Middle East Eye.
Photo: Returning officers count the votes on the second day of voting for the Egyptian parliamentary elections at a polling station in Giza, Egypt on 19 October 2015. 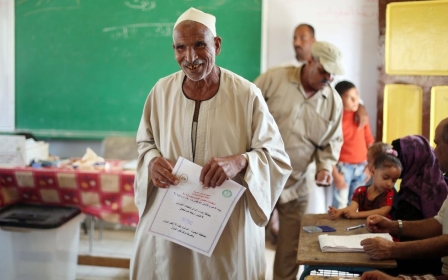 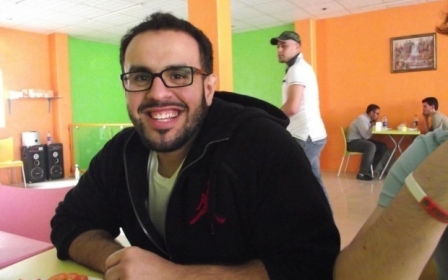 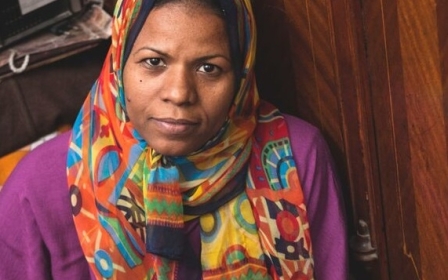 Women
Born by knife: In Egypt, C-sections are sold as the only way to give birth