Elections about nothing in a nation in denial 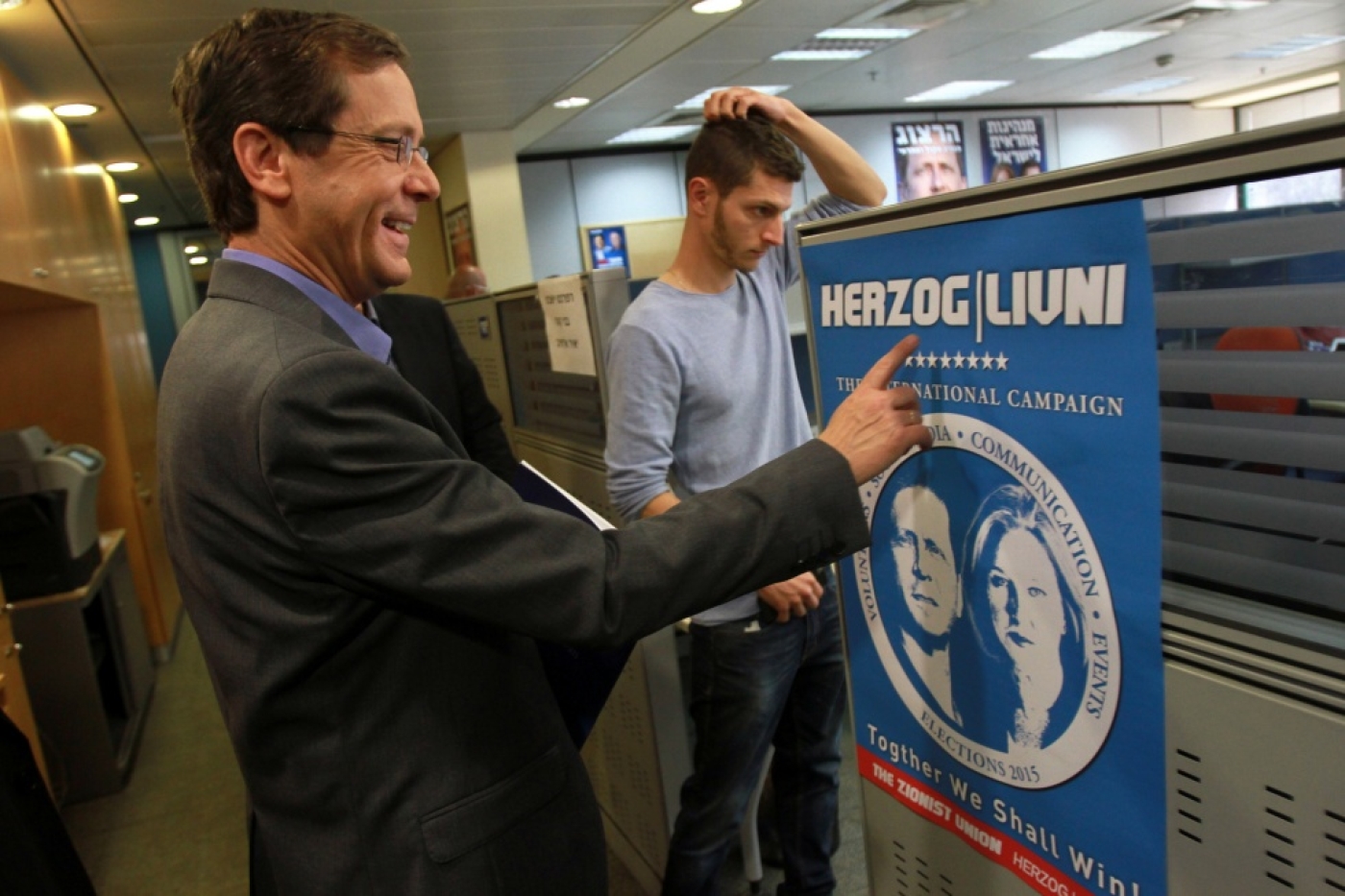 The Knesset elections taking place this 17 March are about nothing. The current election campaign appears to be the most hollow in Israel’s history. At its peak, it has focused on the cash deposits from bottles recycled by Sara Netanyahu, Israel’s first lady. A different peak was when it focused on the employment conditions of the superintendent at the Prime Minister’s Residence. This was the level, these were the issues.

The election campaign has focused on one single question: Benjamin Netanyahu, yes or no. All the other questions have been pushed aside, marginalised, or not discussed at all.

Someone stepping foot in Israel for the first time during the last few days of the election campaign wouldn’t believe what he sees or hears. What on earth is a country facing so many unanswered questions and problems talking about? A country that hasn’t defined its borders or its character, which has no idea what direction it is going in and what exactly it wants – is focused on absurdities and trivialities precisely at a time when it should be facing its problems, raising fundamental questions and holding deep and broad public debates.

The superficiality of the debate and evasion of the main issues should not come as a surprise to anyone though. The election campaign reflects every other day of the year. The public debate is in a state of denial and repression year-round, focusing on nonsense and consistently avoiding deep, serious discussion. There is no reason to expect it to suddenly change during an election campaign.

Until this very moment, no one knows for certain why these elections were called in the first place, two years before their legal date, and two years after the last election. Benjamin Netanyahu, who dissolved the 19th Knesset, certainly hasn’t benefited from the move. He may pay a heavy price for it, the price of his life.

The only explanation provided for these bizarre elections is Netanyahu’s failure to stop the “Israel Hayom Bill,” which seeks to limit distribution of the free paper, owned by Netanyahu’s political patron, US Jewish billionaire Sheldon Adelson, and which serves as Netanyahu’s mouthpiece. If that is in fact the reason, then the country has really gone off the deep end: going to elections because of a free daily that spews propaganda? Not one reasonable explanation has yet been articulated.

From the moment elections were called, the campaign began. It is not only shallow, but also idiotic on several levels. The propaganda videos show ISIS trucks that will reach Jerusalem because of the Left; Hamas terrorists alongside the heads of the economy’s largest labour unions; and Netanyahu playing Monopoly or babysitting. The horrible war that took place just a few months ago – which cost Israel 10 billion shekels and dozens of lives, as well as the lives of over 2,000 Palestinians in Gaza, including hundreds of women and children, and which did not achieve anything or bring about change – hasn’t been discussed at all during this election campaign.

Was there a war? No one remembers and no one cares. In any healthy society, you would expect such a futile war to be at the centre of an election campaign, just half a year after it took place; that the election campaign would include discussions about the benefits of the war, its damages, the harm it caused Israel’s international standing; questioning whether it was unavoidable, and of course grappling with the necessary ethical questions; debates about the continued siege on Gaza, or the continued boycott of Hamas. But in Israel of 2015, any such mention is taboo. The war is almost completely absent from nearly all of the parties’ campaigns. There was a war, just as there was summer, and it is no longer.

Like the war, the continued occupation and its wider meaning are not being discussed at all in this election campaign. No one is suggesting solutions, except for Avigdor Lieberman’s “death penalty for terrorists,” and of course no one is dealing with the fundamental question: Is the two-state solution still attainable and if not, what is the alternative and what do the parties intend to do to achieve it?

This is also a natural and direct continuation of the daily denial and repression - as if, if we do not speak about the occupation and its crimes, it won’t exist. As if, if we don’t speak about the Palestinians and their fate – they won’t exist. The word “peace” was taken off the agenda a long time ago and together with it, the hope of achieving it. In such a state, it is hard to point out the differences between most of the parties when it comes to diplomacy, since none of them have a clear programme or an established platform.

Surveys show that the voters will make their selection based on social and economic issues. It is doubtful this is in fact the case, but even on these issues, a real debate is absent and that is why, here too, it is hard to point to clear differences, beyond the clichés, promises and slogans that everyone dishes out – that they will lower the cost of living. Because who would object to that?

The results of the election have yet to be determined and all the polls show the two largest parties – the Likud headed by Netanyahu and the Zionist Union headed by Isaac Herzog and Tzipi Livni – are neck and neck. These elections won’t be decided by the voters but rather the politicians: in a situation in which as all the polls show the largest party won’t get more than 25 Knesset seats (out of a total of 120), the next prime minister will be the person who can form the broadest coalition – and not necessarily the one that garners the most votes. Whether it is Netanyahu or Herzog, the world should not have any expectations about getting answers to the fundamental questions facing the country. No one, after all, is talking about them in this bubble called the State of Israel.

Photo: Israeli Labour Party leader Isaac Herzog points to his campaign poster, bearing a portrait of him and the co-leader of the Zionist Union Party Israeli MP Tzipi Livni, in the Labour Party headquarters on 8 March, 2015 (AFP) Inside Israel
Ten of thousands of Israelis protest against Netanyahu