Mahan Abedin
Sabre rattling by the Islamic Revolutionary Guards Corps should be viewed as part of Iran’s nuclear negotiating strategy, as opposed to an attack on diplomacy itself 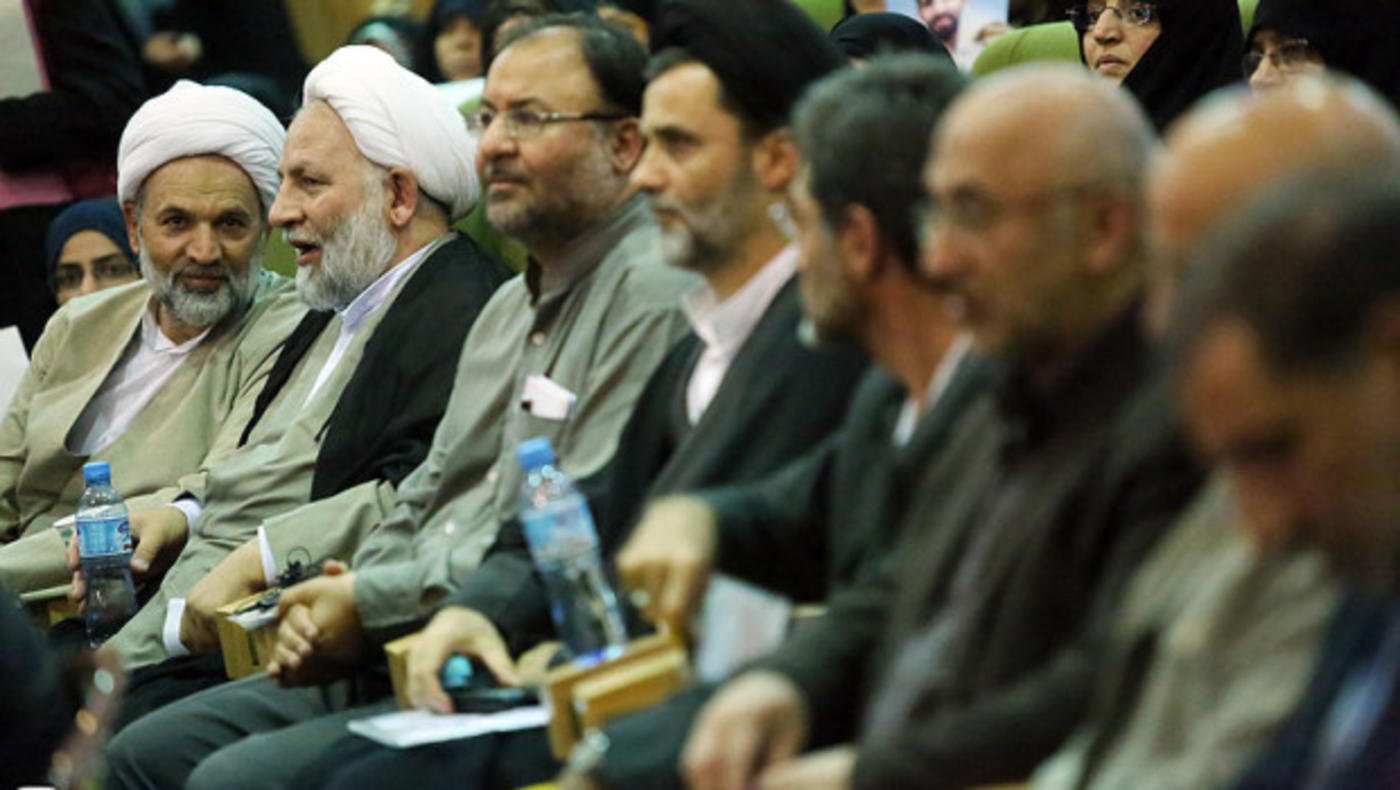 As Iran and six world powers meet in Vienna to cement last November’s interim agreement on the country’s controversial nuclear programme, there are increasing signs that Iranian hardliners are preparing to turn up the heat on the administration of President Hassan Rouhani and specifically his foreign policy team led by the veteran diplomat Mohammad Javad Zarif.

For Iran the stakes are very high in so far as the establishment has for over a decade equated nuclear-related progress - and specifically mastery over the nuclear fuel cycle - with national prestige and advancement. The resulting geopolitical and economic fallout has been enormous as evidenced by the unprecedented sanctions regime that by late last year was beginning to cripple the economy. Any compromise on the nuclear programme has far-reaching implications for the establishment and its extensive socio-economic base.

Whilst the hardliners and the so-called principalist factions (Osoolgerayan) – not to be confused with the broader conservative coalition - represent at best the sharp edge of the establishment, nonetheless their influence is usually out of proportion to their socio-economic weight. This is in part owing to the hardliners’ possession of efficient propaganda platforms, but more importantly it is due to their access to two all-important centres of power, namely the offices of the supreme leader Ayatollah Khamenei and the Islamic Revolutionary Guards Corps (IRGC), Iran’s parallel ideological army.

Whilst there is no doubting that some hardliners wish to scupper the nuclear negotiations altogether to buttress Iran’s reputation as an independent revolutionary power in the Middle East, the majority of them – in sync with sizeable sections of the conservative coalition – are aiming to apply sufficient pressure on the government with a view to circumscribing its scope for making concessions to the world powers. The objective is to curtail the manoeuvrability of Iranian negotiators, not to cripple them.

To what extent the hardliners achieve their objective has less to do with the substance of the negotiations in Vienna and beyond than the actions and pronouncements of both the supreme leader and the senior ranks of the IRGC. Unlike the hardline political factions, the latter entities are entirely rational and clear-sighted strategic actors whose decisions are influenced by their appraisal of the national interest.

The setting in the former US embassy in Tehran could not be more symbolic. The hardline factions that gathered there under the dramatic banner of ‘Delvapasim’ (we are worried) in early May were flexing their political muscle ahead of the Vienna talks which the Iranian government and much of the international community hope leads to a resolution of the long-running dispute on Iran’s controversial nuclear programme.

Much of the Iranian and Western media was dismissive of this gathering, pointing to keynote speakers who have achieved fame and in some cases notoriety as hardline politicos and polemicists in the Islamic Republic. They included Majlis (parliamentary) deputies Esmail Kowsari, Hamid Rasaei and Ruhollah Hoseinian.

Iran’s expansive social media sector had a field day with the slogan of the conference (Delvapasim), pouring scorn on the delegates who apparently were not so worried during the Ahmadinejad years, which according to some social media activists were marred by corruption and extensive misuse of power.

Yet it is important not to be overly dismissive of this conference. Quite apart from making a dramatic statement on political will and intent, the gathering was also an opportunity to express genuine concerns and grievances about the negotiating style and strategy of foreign minister Zarif and his team.

Some of the delegates belonged to the previous negotiating team headed by the princaplist politician and establishment favourite Saeed Jalili. Also attending was Fereydoun Abbasi, the former head of Iran’s atomic energy organisation. Abbasi survived an assassination attempt in November 2010. On the same day leading nuclear engineer Majid Shahriari was killed in a bomb attack. The attacks were part of a long-running terrorist campaign against key officials and architects of Iran’s nuclear programme, which leading analysts blame on the Israeli secret services.

As a leading architect of the nuclear programme and a "living" martyr, Abbasi has enormous credibility within the establishment and with public opinion more broadly. In recent months he has been active in opposing the nuclear strategy of the Rouhani administration. Abbasi is believed to have been the source of damaging leaks alleging that Rouhani officials had fired or transferred key workers in the nuclear sector opposed to making concessions to the West. The government initially denied the allegations before making a qualified admission by way of a damage limitation exercise.

On the Iranian side, there is no doubting that the ultimate decision maker on the nuclear negotiations is the supreme leader Ayatollah Khamenei. Hitherto the leader has lent his support to the negotiations, describing the nuclear negotiating team as “children” of the revolution and as such fully committed to the security and prosperity of the system.

As part of his approach to the negotiations Khamenei has to make a careful balancing act between competing forces and factions within the Iranian establishment and society including the Rouhani administration, the conservative coalition, the hardliners and the powerful IRGC. Whilethe leader’s position is different to the hardliners in so far as he is primarily a strategic actor (as opposed to the hardliners who are primarily ideological), nonetheless Khamenei likely views the hardliners as a useful pressure point on the government, lest Rouhani be tempted to make unacceptable concessions to the West.

Broadly speaking, the IRGC’s strategic calculus is similar to the supreme leader, in so far as the Pasdaran (Revolutionary Guards) seek to relieve international pressure on the country whilst at the same time retaining much of the nuclear-related achievements of the past two decades. As part of this strategy the IRGC high command has given qualified support to the negotiation team.

The IRGC is the most institutionally committed entity to Iranian nuclear independence and prestige inasmuch as they control the nuclear programme. Any final deal needs the seal of approval of the IRGC high command. Hitherto the supreme leader and the IRGC commanders have presented a united front to the world on the nuclear programme. This was underscored by the leader’s weekend visit to an exhibition by the IRGC’s aerospace division, viewed by Iranian defence analysts as the most technologically advanced wing of the Pasdaran.

The exhibition showcased the IRGC’s advancement in drone technology, specifically the Pasdaran’s reverse engineering of the US RQ-170 sentinel drone which the IRGC allegedly downed in December 2011. The commander of the IRGC aerospace division, Brigadier General Amir Ali Hajizadeh, is on the record as claiming that in the event of a military confrontation his drones could inflict a decisive blow to the US navy in the Persian Gulf and beyond.

However, IRGC sabre rattling should be viewed as part of Iran’s negotiating strategy, as opposed to an attack on diplomacy. By displaying Iranian military preparedness the IRGC high command seeks to relieve and modify Western pressure and demands on Iranian nuclear negotiators by showing the world that Iran is not overly concerned by the breakdown of talks and the resulting potential military confrontation.

Photo credit: Participants of Tehran’s “We’re concerned” conference, which was held at the former US embassy on 3 May (SNN/Ali Mokhtari)