Meron Rapoport
As Israeli tanks and reservists gather at the Israeli-Gaza border, Meron Rapoport outlines the strategy that may explain their next moves 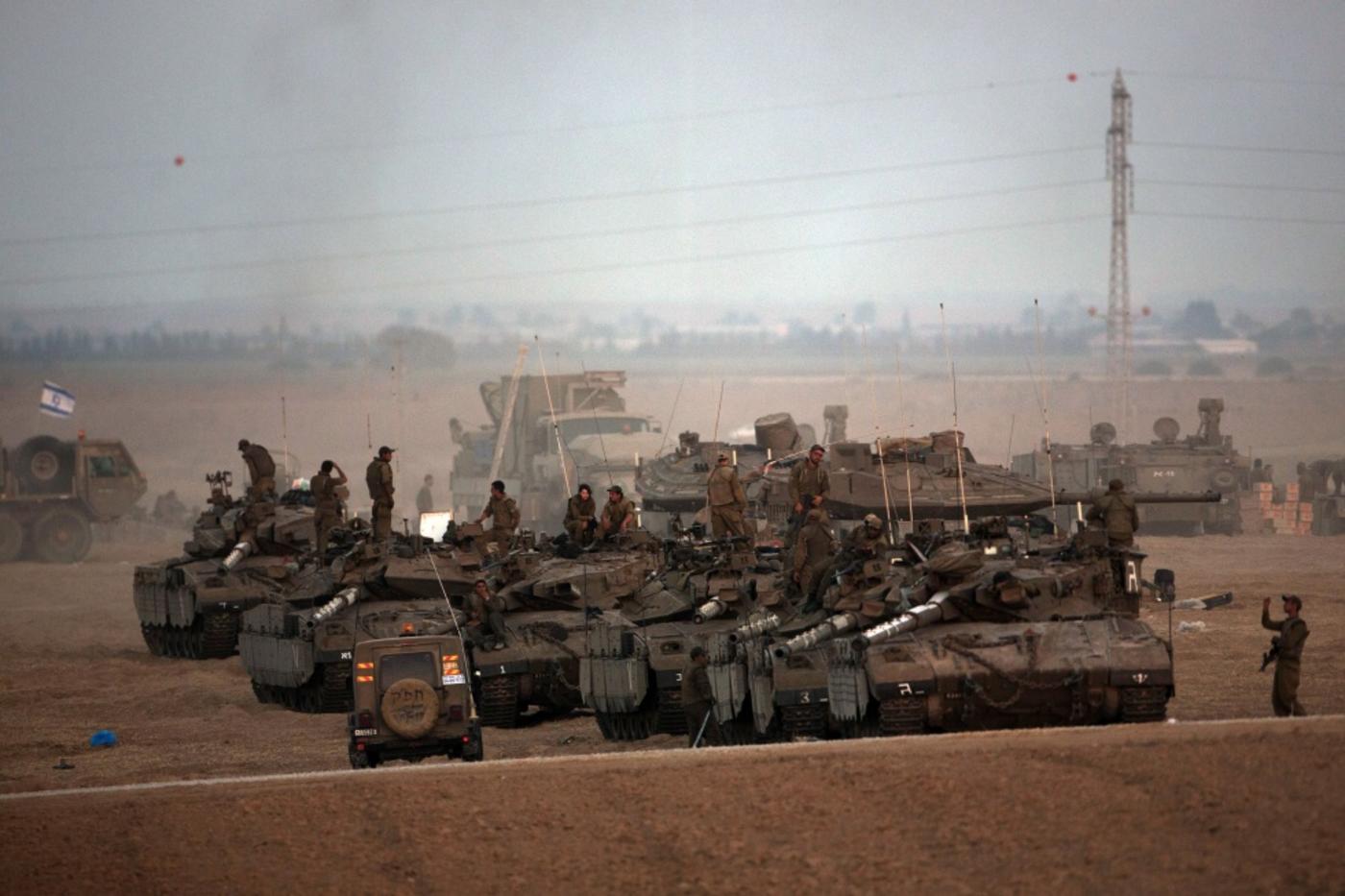 Photo credit: Israeli soldiers gather in an army deployment area near Israel's border with the Gaza Strip on Thursday (AFP)