Forgotten and without a future: Syria's Palestinian refugees 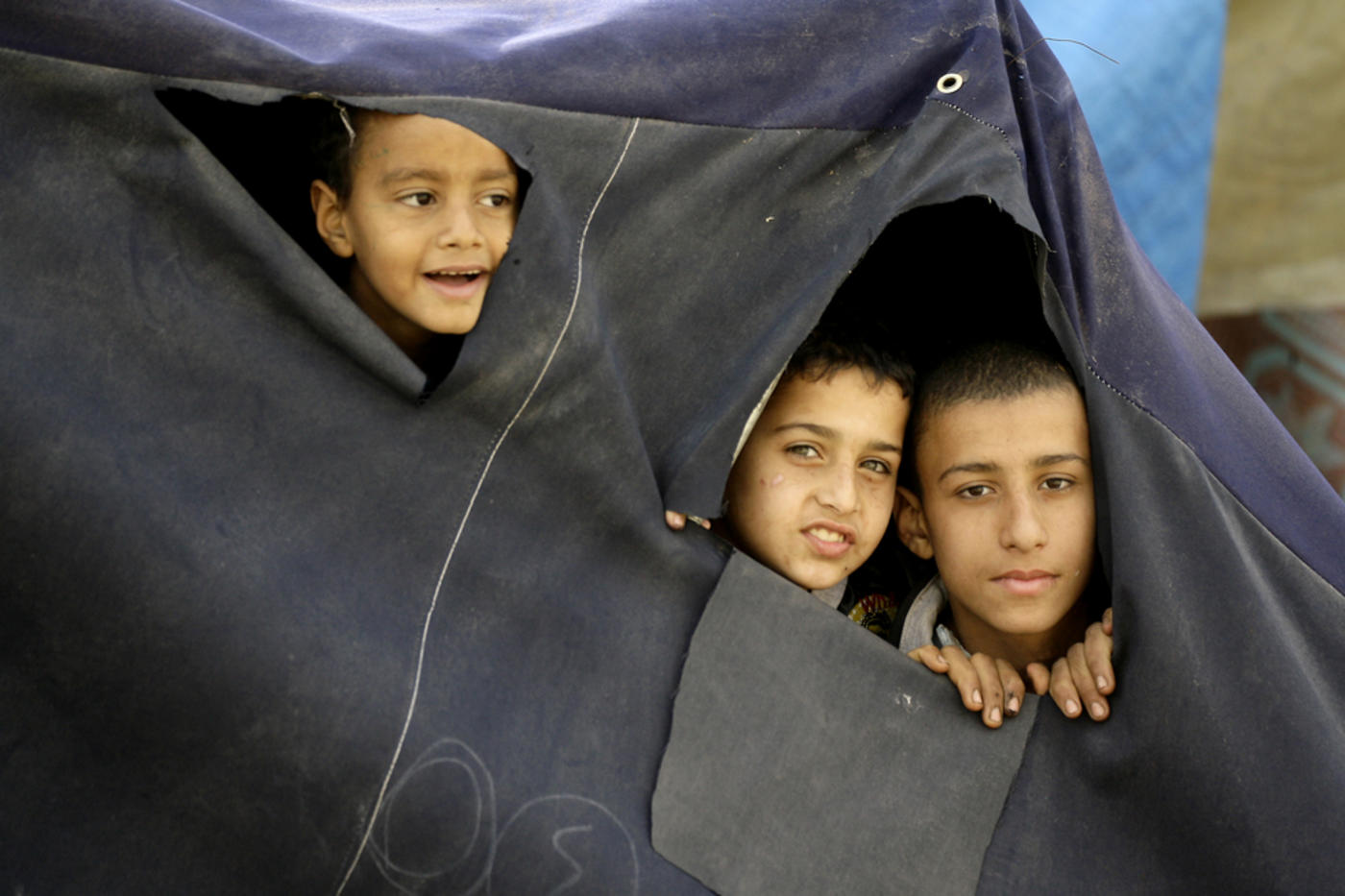 A small group of Palestinians from war-torn Syria have found themselves among the rising migration flows from conflict-stricken countries in the Middle East and other regions.

The presence of the Palestinians is one of many hidden migration trends occurring between Syria and Europe - hidden truths that are leading to migration officials asking the wrong questions, and leading to "migrants" being denied basic rights.

The trends are emerging as it becomes clear that Europe’s attempt at stemming unprecedented migration has caused both predictable and unpredictable results.

No-one believed that the EU-Turkey deal would somehow convince civilians that they shouldn’t escape surrounding violence. Instead, it has led thousands to attempt the deadly aquatic journey between Libya and Italy. Following morbid premonitions from human-rights groups and migration experts, this has indeed led to the death of hundreds of refugees.

In contrast, some crossing points have seen a decrease in migrants using their pathways. The Bulgarian-Turkey border for instance saw a 20 percent decline: perhaps due to the harsh conditions and tactics deployed by Bulgarian officials.

Palestinian refugees of Syria, now fleeing their war-torn host country, are one of the groups increasingly seeking to find new homes in Europe. Although they get little attention from media, some believe that this is proportionally one of the most over-represented minorities of all those fleeing Syria.

Who are Syria's Palestinian refugees?

Syria, prior to the civil war, was a major receiving state for displaced Palestinians both after the 1948 Nakba and the 1967 war. An estimated 560,000 Palestinians, both registered and unregistered, lived inside and outside of official and unofficial United Nations Relief and Works Agency for Palestine Refugees in the Near East (UNRWA) camps. They amounted to an approximate 2.5–3 percent of the total population.

Some observers, including the civil society group Action Group for Palestinians of Syria, believe that there is a notable section of Palestinian refugees among the people fleeing Syria to Europe - some have called it an over-representation at more than 2.5 percent.

This can be explained by various factors: Firstly, Yarmouk, the largest of the Palestinian camps in Syria, along with a number of other UNRWA camps, have been besieged for prolonged periods of time by the regime of Bashar al-Assad.

Access to fundamental supplies has been restricted from entering the camp, barrel bombs have been dropped when militants started occupying the camp and the conscription of camp residents has meant detention for those who refuse - 212 Palestinians for instance were held prisoner in Al’Aedouin refugee camp.

These factors are driving Palestinians out of the camps in droves - only 7,000–8,000 residents remain in Yarmouk out of an original population of 148,000.

While many are still displaced within Syria, those that fled to Jordan learned that borders were closed to them and in Lebanon, gross discriminatory practices and lack of protection leave Palestinians still suffering.

Given the increasing indignity and vulnerability facing Palestinian refugees in the Middle East, they have been forced to look elsewhere - and Europe is the closest safe hub.

This brings us to the "so what" question? That Palestinian refugees are over-represented amongst Syrians refugees may be interesting but perhaps not surprising. However, the implications are actually deeper than is evident from first glance.

Palestinian refugees are stateless people, making them amongst the most vulnerable but also obvious clients for so-called "asylum avenues". A milestone 2012 judgment by the European Court of Justice in Luxembourg in fact created a precedent for the eligibility of all Palestinians to claim asylum in Europe.

The fact that they are seeking to make their way towards Europe seems to mark a realisation that there is no future for them in the Middle East.

UNRWA has been fighting to stay alive despite ongoing funding issues and a strong political will to close them down. Residents of camps that often replicate their localities in pre–1948 and pre–1967 Palestine resist resettlement, committed to staying until able to return to the very properties left behind.

In law, the right of return isn’t rescinded on leaving a refugee camp. The right of return remains an irrevocable right under the Universal Declaration of Human Rights even after successful resettlement. In practical and strategic terms, however, many believe that this will weaken the resistance and make the case for return less united and thus more difficult in an already difficult and uneven arena.

The asylum-seeking experience, however, has not been straightforward. Palestinians do not have Syrian passports but rather documents that declare them as Palestinian-born, yet residing in Syria. This has caused various complications while going through European countries.

For instance, Syria's Palestinian refugees at one point in 2015 were stranded along the Western Balkan route because instructions to officials were to only receive Syrians, Iraqis and Afghans.

Palestinians weren’t on the list. Now they are simply checked off as Syrians for administrative ease. There have also been reports in Germany that because of the ignorance to the fact of Syrian-born Palestinians, further delays are caused while citizenship is established.

However, the process changes from country to country because despite attempts at a Common European Asylum System (CEAS), the fact is each EU state operates differently.

Syria's Palestinian refugees will basically fall foul of the chaotic system that is plaguing all other refugees. Despite the reasons for seeking out Europe and the rights enshrined in law, the mood of the time has shown that institutions such as the EU are seeking any possible way of circumventing their obligations.

Syria's Palestinian refugees are finding themselves twice if not further displaced and their invisible journey through border controls may mean that their "rights" remain equally transparent.

The flow of Syria's Palestinian refugees should be monitored through further disaggregation of data collected by UNHCR or other refugee protection bodies and their experience monitored via returns and asylum processes to ensure this Syrian sub-set does not fall through the cracks to be forgotten.

Photo: Young Palestinian refugees, who fled Syria's Yarmuk refugee camp, peer through holes made in their tent in their camp in Ain El-Helweh, Lebanon, on 31 January, 2014 (AFP). 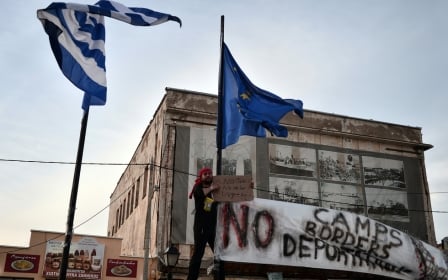 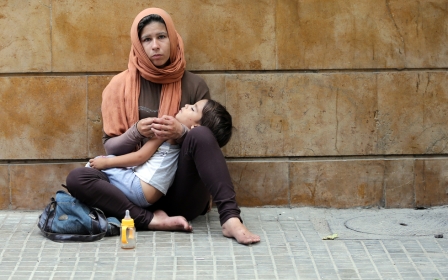 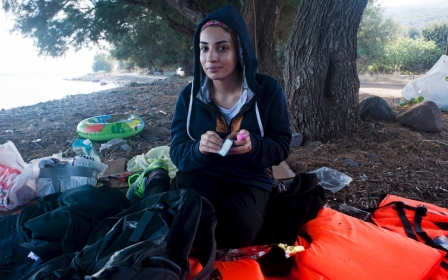