A fragile Arab consensus: Michel Aoun and the road to the Arab summit 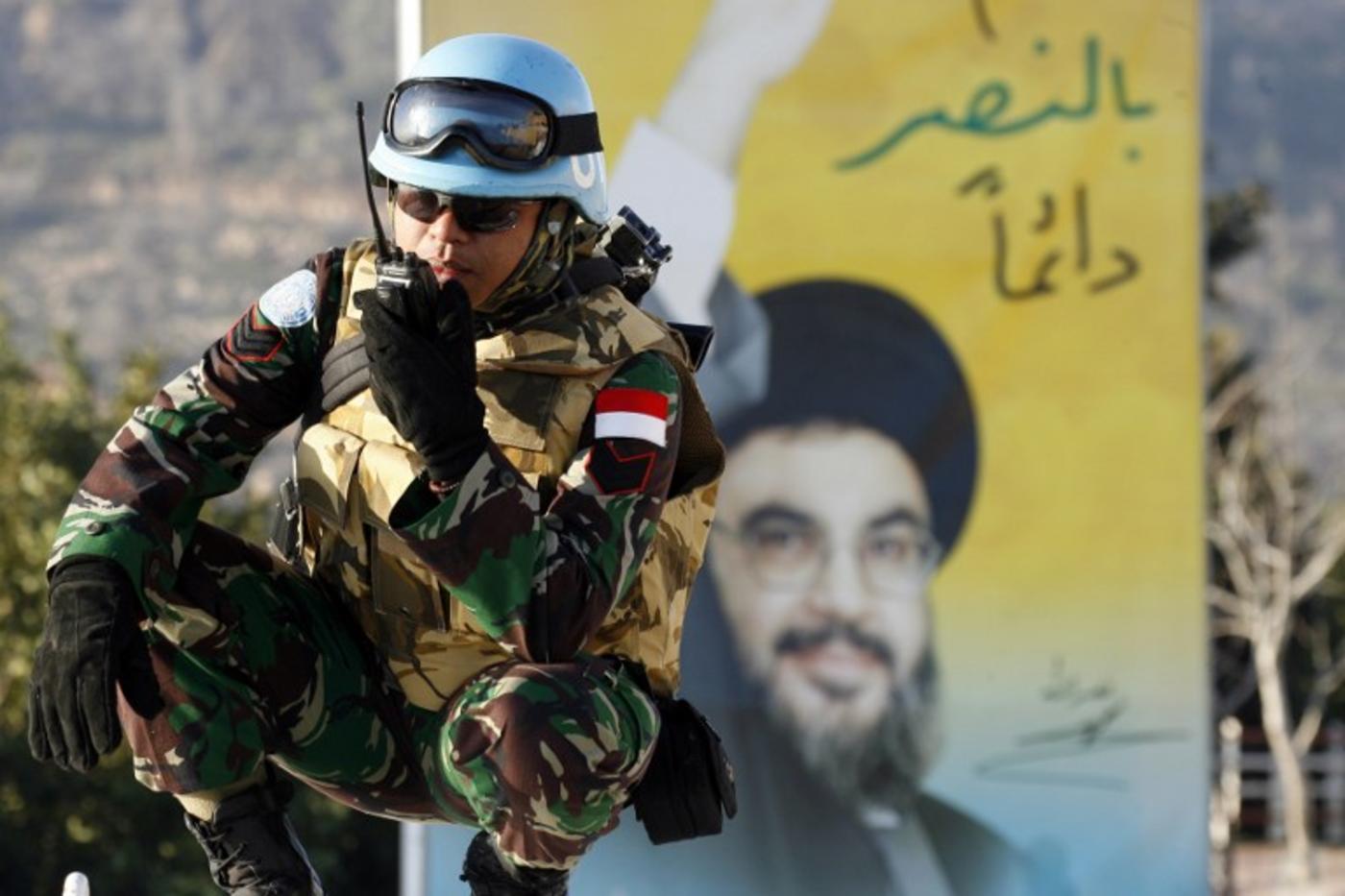 Over the years the Lebanese have got used to the idea that many, if not all, of their leaders' political statements and actions can be easily reversed or simply swept away without any form of accountability or consequences. However, the hail of criticism generated by the recent remarks of Lebanese President Michel Aoun in support of Hezbollah might be the exception to the aforementioned rule.

If Aoun continues touting Iran’s line and defending the arms of Hezbollah, he risks placing the entire country under more political and economic austerity

The objections to Aoun’s unstatesmanlike remarks stem from the ambassadors of the International Support Group for Lebanon (ISGL) - the US, France, Britain, Germany, Italy and China, in addition to the EU ambassador and representative of the UN secretary-general in Lebanon and Arab League representative. This might perhaps serve as a warning of what awaits Lebanon if Aoun stays his precarious course.

The US ambassador to Lebanon, Elizabeth Richard, clearly warned the Lebanese state that its refusal to abide by international law and UN resolutions might lead to the withdrawal of the UN Interim Force in Lebanon (UNIFIL).

As it stands, however, President Aoun's skewed position in support of Hezbollah has virtually imploded UNSCR 1701, which requires the disarmament of all armed groups in Lebanon, and has placed Lebanon under the scrutiny of the international community, something that might have dire repercussions for Lebanon and its fragile economy.

So to follow the logic of the ISGL, why would the international community continue to assist the Lebanese government when clearly it refuses to practice common sense and use the UN resolution to extend its sovereignty and control over its domain?

More dangerously, however, the withdrawal of the peacekeeping force could be construed as an implicit endorsement of the Israeli warmongering Prime Minister Benjamin Netanyahu to achieve what his predecessors failed to do, and that is to root out Hezbollah and its now underground missile arsenal.

From a practical perspective, Hezbollah would be heavily disadvantaged by a UNFIL withdrawal, as it will no longer be able to use the interim force as virtual hostages to hide behind nor to claim that their actions against Israel were of a defensive nature.

The UNIFIL departure scenario, while possible, remains somewhat far-fetched at this juncture, as all sides concerned (UN, Israel and Hezbollah) have grown accustomed to this contentious peace.

More importantly and, as some analysts have noted, Hezbollah is too deep in its fight in Syria to pose any serious threat to Israel and therefore both factions would prefer this status quo to linger.

The real threat to the Lebanese state and its new president is to be found elsewhere in the Arab world, specifically in the Sunni Gulf states who are convinced more than ever that Lebanon has been seized by Iran and consequently must be treated as a rogue state.

In 2006, Hezbollah's so-called divine victory was made possible by internal Lebanese cohesiveness and a massive initiative led by the Kingdom of Saudi Arabia and Qatar to rebuild the country’s civilian infrastructure, as well as the towns and villages in the south of Lebanon and the southern Beirut suburbs that Hezbollah used to fend off the Israeli war machine.

This financial and moral commitment on the part of these Gulf States went unrecognised, as Hezbollah - using the Lebanese state and its allies in the government as cover - declared an open war against the House of Saud.

Many Lebanese viewed Aoun’s visit to Saudi Arabia last January as an attempt to mend relations and possibly revitalise the kingdom’s largesse towards Lebanon and its struggling economy. All these hopes, however, have been swept away following Aoun’s provocative comments in support of Saudi Arabia's arch-nemesis, Iran.

But more importantly, a serious test awaits Aoun, as well as the entire Lebanese state, at the upcoming Arab League Summit slated in Jordan at the end of March. As projected, Aoun will lead a senior delegation which will include PM Saad al-Hariri to participate in the summit, where all eyes will be on the Lebanese president and his keynote address.

If Aoun chooses to continue touting Iran’s line and further drifting from the Arab consensus by defending the arms of Hezbollah, he risks placing the entire country under more political and economic austerity.

If such a scenario does play out, Hariri, Saudi Arabia's main ally, will be required to step out of his hibernation mode and publically denounce Aoun’s ill-advised conduct as a measure to shield Lebanon from any Arab retribution.

However, as it stands, Hariri has refrained from criticising Aoun even after the Saudi monarch cancelled an upcoming visit to Lebanon, an event that would have reinstated relations between Lebanon and Saudi, which has yet to send an ambassador to replace the one recalled almost a year ago.

President Aoun has always insisted that Lebanon needs a strong president, one who can bring back the glories of a prosperous long gone past when the Christians reigned supreme. However, the remarks and actions of Aoun go against this declared goal, as isolating Lebanon from its Arab surroundings and placing it at odds with the international community could only make Lebanon more marginalised than it is at the moment, perhaps a new low for a country which boasted about being a bridge between east and west.

This reality would perhaps be a useful reminder for Aoun and his party when they land on the tarmac in Amman to attend the Arab summit, that every word they utter will have its toll on Lebanon and its future.

Photo: A peacekeeper of the United Nations Interim Force in Lebanon (UNIFIL) speaks on his talkie-walkie in front of a billboard bearing a portrait of Hezbollah chief Hassan Nasrallah during a patrol in the southern Lebanese town of Adaysseh, near the border with Israel, on 19 January 2015, one day after an Israeli air strike killed six Hezbollah members in the nearby Syrian-controlled side of the Golan Heights (AFP) 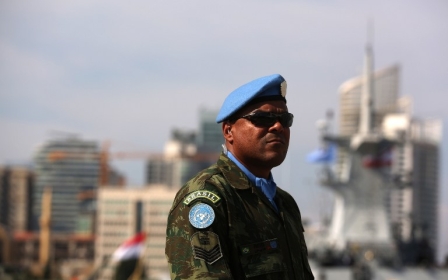 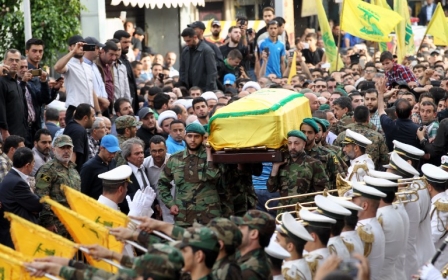