Ahmed D Dardir
The late director's films gradually came to be dominated by militant political rhetoric, as he grappled with issues of inequality, war and resistance 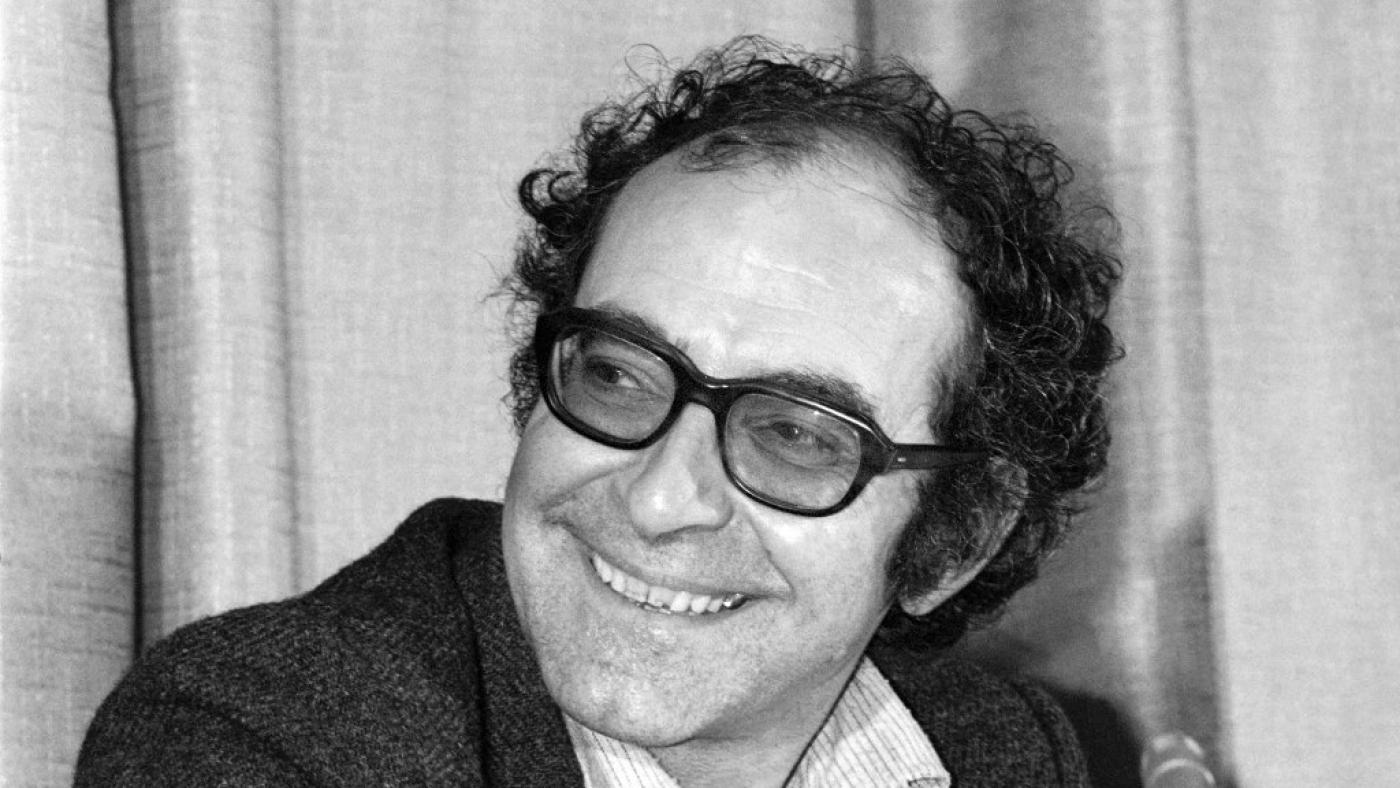 From fiery leftist rhetoric, to steadfast solidarity with Palestine, to a constant and unrelenting departure from cinematic conventions - including his own - film director Jean-Luc Godard was not known for compromise.

It may thus come as a surprise that this was not always the case. Godard, who died last September, began his cinematic project by experimenting with techniques - and through this process, he developed an affinity for socialism, anti-imperialism, the working classes and Palestine.

It was through the films he shot with this collective that he was able to turn his camera towards, and thus discover, the working classes

One of Godard’s earliest films, The Little Soldier, is a beautiful pastiche of the gangster and spy genres, with an unmistakable Italian neorealism influence and a raw documentary feel. The 1963 film focuses on the Algerian war of liberation from France, but skilful cinematography aside, it is replete with racist depictions. The French are denounced only inasmuch as they succumb to the savagery of the Algerians, who kidnap and torture the protagonist but fail to understand his human dignity. Godard has contended that he sought to present not the realities of the war, but his own moral and political questions.

It is telling that he chose to present these questions through a right-wing assassin with second thoughts (and a golden heart) who loves France not out of nationalism, but for its poets; who loves the US because he loves American cars; and who hates Arabs because he hates the desert.

Towards the end of the film, the (supposedly shocking) plot twist is that the French, like the Arabs, torture their victims, as the protagonist’s love interest, Veronica, turns out to be a spy who is captured and tortured to death by the French. Yet, compared with the meticulous depiction of the protagonist’s torture by the Arabs, the torture and death of Veronica is relayed through a few narrative lines and no visual representation whatsoever. The referent for wartime savagery thus remains Arab, even if the French partake in it.

Ideology and the image

Buried deep in the film, however, are the seeds of a more militant attitude, embodied by Veronica, who works for Algeria’s National Liberation Front and declares that unlike the French, the Algerians have ideals. Yet, this notion is suffocated by the verbal vomit of the protagonist, who imposes his reactionary views on Veronica and the audience via lengthy monologues.

Godard’s films are largely self-deconstructive, as seen through depictions of the relationship between the camera and its object. The symbolism of the assassin being a photographer is not to be missed. He subjects Veronica to the preying gaze of the camera, along with intrusive questions and demands that she mostly turns down.

Godard’s Les Carabiniers employs similar symbolism, with imperial pillage replaced by a collection of postcards. At the beginning of her study On Photography, cultural critic Susan Sontag cites this scene and notes: “To photograph is to appropriate the thing photographed. It means putting oneself into a certain relation to the world that feels like knowledge - and, therefore, like power.”

Godard was among the pioneers who exposed how the inherent racism of the image is deeply engrained within the very chemistry of film while working in Mozambique on a project that exhibited both Godard’s revolutionary solidarity with the African people and his white missionary attitude that presumed to give a self-image to a people lacking it.

Little by little, militant political rhetoric came to populate, and eventually dominate, Godard’s films. Yet, for all his Marxist-Leninist and Maoist “working class” slogans, the working classes remained curiously absent from his films up until his work with the Dziga Vertov Group, which he founded with filmmaker Jean-Pierre Gorin and others in the late 1960s.

In his early movies, we see a fascination with criminals, delinquents, adventurers, prostitutes and dropouts from the bourgeoisie class - in other words, what is known in Marxist literature as the “lumpen proletariat”, but never the working class. This is most obvious in his early representations of working women - always models, actresses or prostitutes. Even in Une Femme Mariee, wherein he artfully critiques the ways in which modern consumer culture controls and contours the bodies of women, he does so in a manner that caters to the male gaze and privileges bourgeois women.

All of this changed in the aftermath of the wave of protests in France in 1968. At the height of the uprising, Godard himself took to the streets and famously denounced French filmmakers, himself included, for failing to engage with the concerns of the masses.

This set him on a path to creating militant cinema and, through the films he shot with the Dziga Vertov collective, he was able to turn his camera towards, and thus discover, the working classes. This culminated in one of his most beautiful films, Tout Va Bien, co-directed with Gorin and released in 1972. 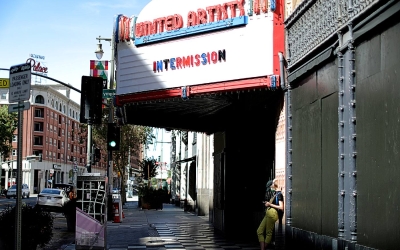 It was also through the collective that Godard came in close contact with the Palestinian cause. In 1970, Godard and Gorin visited Palestinian training camps to shoot a documentary about the resistance; as Europeans, they felt directly implicated in the colonial situation in the Middle East. This was part of a larger post-1968 turn towards Palestine.

The documentary was never finished, and instead, several years later, the footage became part of the film Here and Elsewhere, which juxtaposed images of the Palestinian resistance with images from French media to demonstrate how, unlike the clarity with which Palestinians approached their struggle, the French were constantly diverted from the cause of revolution by consumer capitalism and media.

Did this end up appropriating the footage of the Palestinians, initially intended to serve as inter-revolutionary propaganda for anti-colonial and anti-capitalist struggles, as lessons for the French? Perhaps, but it remains laudable that the filmmakers dared to seek inspiration from real anti-colonial struggles outside of the cultural and geographic parameters of the West.

The constant experimentation and persistent impetus to transgress, which lasted until Godard’s final movie, meant that all of this was a process of exploration and learning - for the audiences, but especially for the filmmaker. In his landmark film La Chinoise, one of the protagonists, a French Maoist student in search of a militant cause, delivers a potent and moving epilogue applicable to Godard’s entire career and his growing self-awareness of his role in the struggle: “I thought I’d made a great leap forward, only to realise that I had made a first timid step in a long march.”

Ahmed D Dardir is the co-founder of the Institute for De-Colonising Theory (IDCtheory). He holds a PhD in Middle Eastern Studies from Columbia University. He is a regular contributor to a number of media outlets. His personal blog can be found at https://textualtrimmings.blogspot.com.

Film
The 10 best Middle Eastern and North African films of 2022
Film
Netflix's Farha, a sea of orientalist tropes that says too little, too late
Ahmed D Dardir
Film
The Swimmers: Lead actor hits out at 'orientalist cliches and mistreatment' 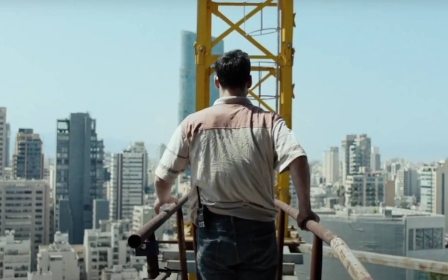 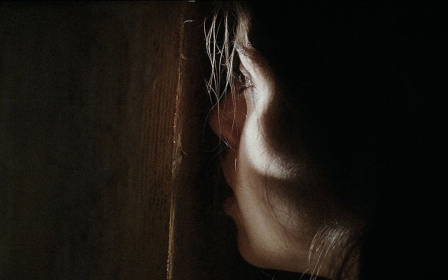 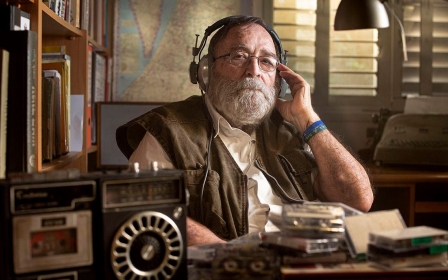