France: Hated 'Islamo-leftists' may be the solution to conflict and extremism 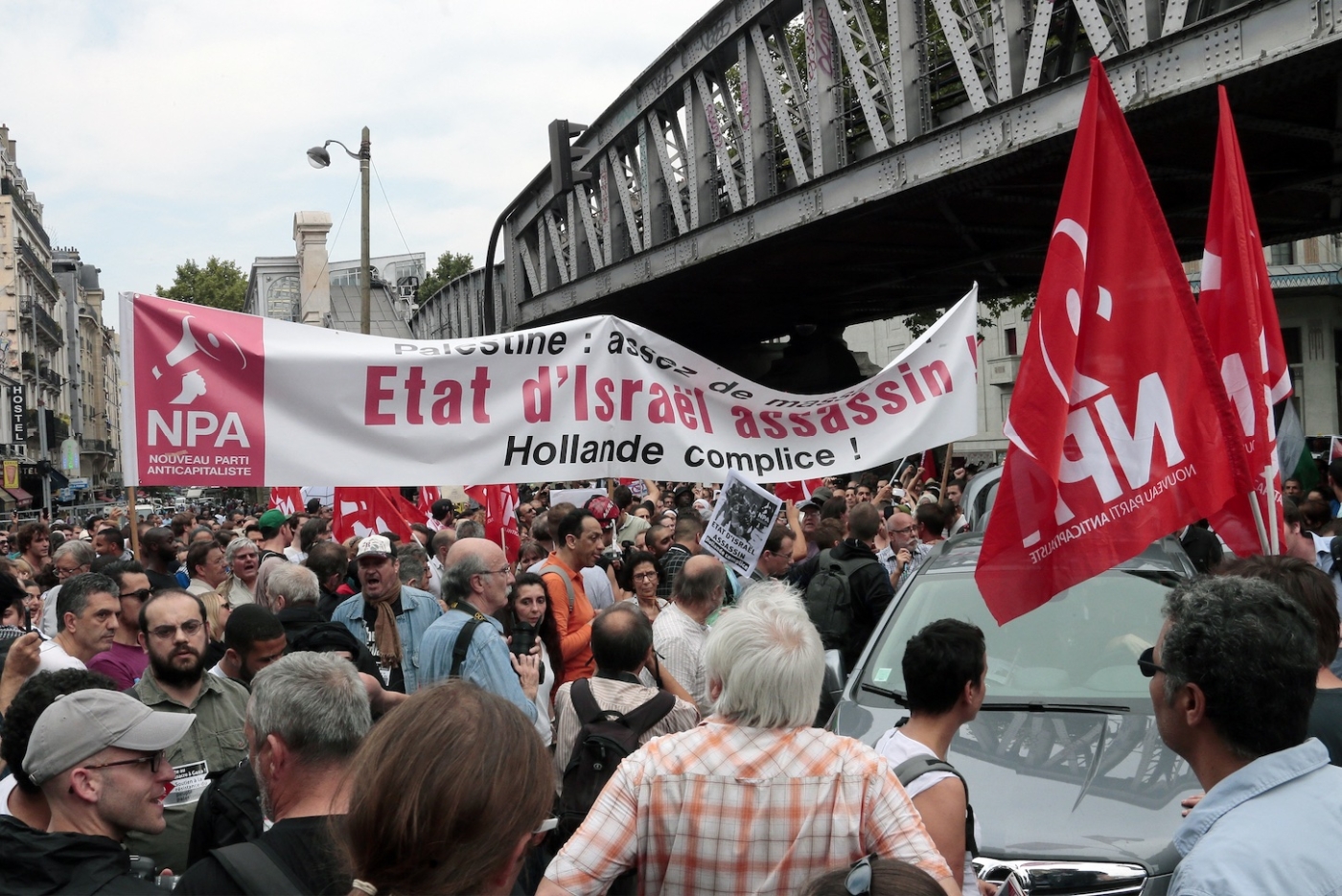 Why is research around “race” and the racialised experiences of formerly colonised populations and their descendants gaining momentum among scholars today? And why is the looming spectre of “Islamo-leftism” considered such a threat?

The answer is simple. For one, the intellectual, social and political empowerment of the descendants of colonised populations has enabled them, at last, to do what was denied to earlier generations: to explore the historical narratives of colonisation from the perspective of the communities that were colonised, and to demand the rights they had so long been denied.

The critical inquiry that has subsequently emerged is thus not only legitimate, but necessary. For French society to at last come to terms with its colonial past, it must first agree to have it be told.

Thus, the use of this political catchphrase comes as no surprise, particularly considering its origins; the term was coined in 2002 by pro-Israel sociologist Pierre-Andre Taguieff to discredit the French left’s support of the resistance embodied in the Palestinian Hamas group.

As such, the Islamo-leftism label was used from the outset to delegitimise the resistance of communities challenging extant systems of domination.

Grievances qualified as “Islamist” are overwhelmingly met in the West with denial, delegitimisation, contempt and even criminalisation. The political potential of the language of political Islam is seen as little more than a vehicle for sectarian demands.

Thus, far-right French politician Marine Le Pen, and all her imitators on both the left and the right, are free to attack with impunity the so-called “racialists” for attempting to put up “racial barriers” within society - though the populations being stigmatised are actually attempting to do just the opposite.

In this context, a fringe group of academics, very much a minority but enjoying the massive support of politicians and far-right media outlets, has begun loudly demanding a government inquiry, deliberately bypassing academic oversight bodies designed to protect researchers and academia from politically motivated government interference.

In addition, fields of research such as postcolonial and intersectional studies have wide support and acceptance among researchers at the French National Centre for Scientific Research and among university circles.

The current controversy over “Islamo-leftism”, however, conceals a very different historical narrative.

Islam as a political ideology

Relations among the actors of political Islam, intellectuals and leftists, both within and beyond the Arab and Muslim world, reveal points of political convergence that bear no resemblance to the confused conflations of French Higher Education Minister Frederique Vidal, who indiscriminately speaks of Islamo-leftists, the US Capitol assailants, LGBT movements and gender studies. Considering the terms of the neologism itself, “leftism” and “Islam” respectively designate “the left of the political left” (thus excluding mainstream socialists and orthodox communists) and the various legalistic currents of political Islam (utterly distinct from jihadism), whose popular base exploded at the onset of the Arab Spring.

The interactions and occasional intellectual and political convergences established in the 1980s between the various struggles of extreme-left factions, notably in France, and at least one part of the many branches of political Islam, could rightly be qualified as Islamo-leftist.

French philosopher Michel Foucault was possibly the first intellectual to dare to suggest that the political actors using the vocabulary of Islam might be worthy of recognition. He remarked provocatively that the “first condition” for approaching political Islam “is to begin by not bringing in hatred”.

Emerging at the start of the Iranian Revolution, a certain convergence between political leftism and Islamism has since continued unabated among opposition groups up against autocratic rulers in the Arab world. Initially rooted in a common opposition to foreign interference, political Islam gradually evolved to embrace calls for democratic governance and the rule of law.

The nationalist-religious dialogue organised in Khartoum in the early 1990s by the Sudanese Islamist politician and religious leader, Hassan al-Turabi, is one example of this newfound determination to find common ground. Other examples subsequently emerged across the Maghreb and the Middle East.

In 1995, against all odds, the Sant’Egidio Platform successfully brought together most of the major Algerian opposition parties, from the Trotskyist Louisa Hanoune, to the Islamic Salvation Front’s Anwar Haddam.

Similar coalitions between Islamists and secularist and Christian leftists were to confirm the trend, though some were lasting and others short-lived. In Lebanon in 2005, talks between Christian parties and the Hezbollah group paved the way, for better or for worse, for the political inclusion of Islamist forces.

In Tunisia, long before the leftist-Islamist Troika - the tri-party alliance between Ennahda, Ettakatol and the Congress for the Republic that ruled after the 2011 Constituent Assembly election - Islamist and left-wing opposition parties signed the 2005 Coalition for Rights and Freedoms, which laid the foundations for future common ground between Tunisia’s various political ideologies, among them Islamists, secularists and communists.

A final area of convergence can be seen in the intersecting struggles of feminism, where Islamist women and their secular and non-Muslim counterparts have built bridges - and caused such an uproar among French academic and political “secularists”.

From these isolated pockets of realism and long-inconceivable synergies, multiple concrete projects have emerged, including the 2013 World Social Forum in Tunisia. And yet, only a negligible part of the European left has begun to recognise the potential legitimacy of “Islamist” social and political demands of the most commonplace and universal nature.

An overwhelming majority of French intellectuals and decision-makers continue to turn a blind eye to the legitimacy, and even the existence, of a democracy-compatible political Islam.

And while the quasi-knee-jerk response of socialists and communists would prompt the exclusion of Islamist actors of all stripes (notably during Algeria’s “Black Decade” of the 1990s), a tentative, and then rapidly reciprocal, acknowledgement was achieved between other parties on the left - including, notably, the Trotskyists - and such Islamist currents as Ennahda in the Maghreb and Hamas in Palestine.

This rapprochement is timelier today than ever, and despite the attempts of a French society transformed by “ambient racism”, it will not be denied, misrepresented, or criminalised by those impassioned detractors of Islamo-leftism. A broad campaign is being waged today against any association whatsoever between leftist politics and Islam, with westerners shaken by the new generation of “anti-imperialist” militants.

Next comes Israel, more than willing to put its impressive communication corps to work to ideologically delegitimise the Palestinian resistance, led today by Hamas. More recently, the formidable reserves of the Arab counter-revolution’s coalition of “dictators without borders”, led by the UAE and their poster-boy, Egyptian President Abdel Fattah al-Sisi, have provided fodder for the steamroller threatening all those who refuse to marginalise the actors of political Islam.

The French historical narrative of revolution precludes the possibility of reconciling religious language and political progress. The proponents of a more objective approach to currents of political Islam must therefore break free from the narrow French interpretation of the revolutionary paradigm. Only then will they be able to consider the rise of political Islam through the lens of identity, and not just in strictly religious terms, as dominant assumptions promoted in the name of secularism would have it. 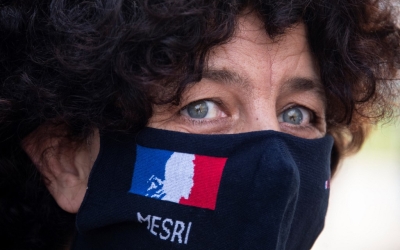 To this end, we must not make simplistic conflations, as the French higher education minister did, by lumping together Black Lives Matter activists and the deranged mob of Trump supporters that stormed the Capitol. And this is a tall order, indeed. Only a handful of observers, intellectuals and political actors - the very groups the Islamo-leftist buzzword is meant to discredit - are willing to consider such a stance as not only possible, but also desirable, and even indispensable, for the promotion of national and international social harmony.

Indeed, amid the French government’s efforts to win over far-right voters, the world could use an additional dose of "Islamo-leftism", which could be an effective antidote to the extremist ideologies currently fuelling the Islamo-leftist witch hunt, and its particularly contagious French variant.

This article has been translated and condensed from the Middle East Eye French edition.

François Burgat
François Burgat is Emeritus Research Director at France’s CNRS (IREMAN Aix-en-Provence). Among other institutions, he ran the French Middle Eastern Institute between 2008 and 2013 and the French Centre for Archeology and Social Sciences in Sanaa from 1997 to 2003. An expert on Islamist movements, his latest book is titled "Understanding Political Islam" by Manchester University Press (2019)

Islamophobia
Macron's anti-Muslim fake news in the FT needs urgent correcting
Nabila Ramdani
France
France: How the hijab is made out to be everything and nothing
Yasmin Khatun Dewan
France
How Macron has become the champion of the far right
Marwan Muhammad 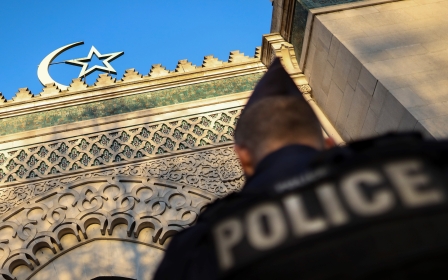 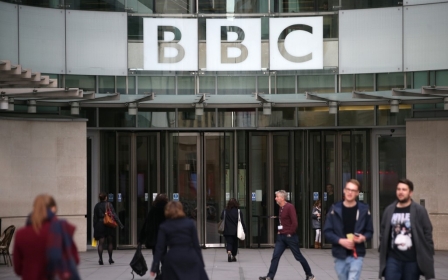