Freedom of speech in France extends to Macron's critics as well 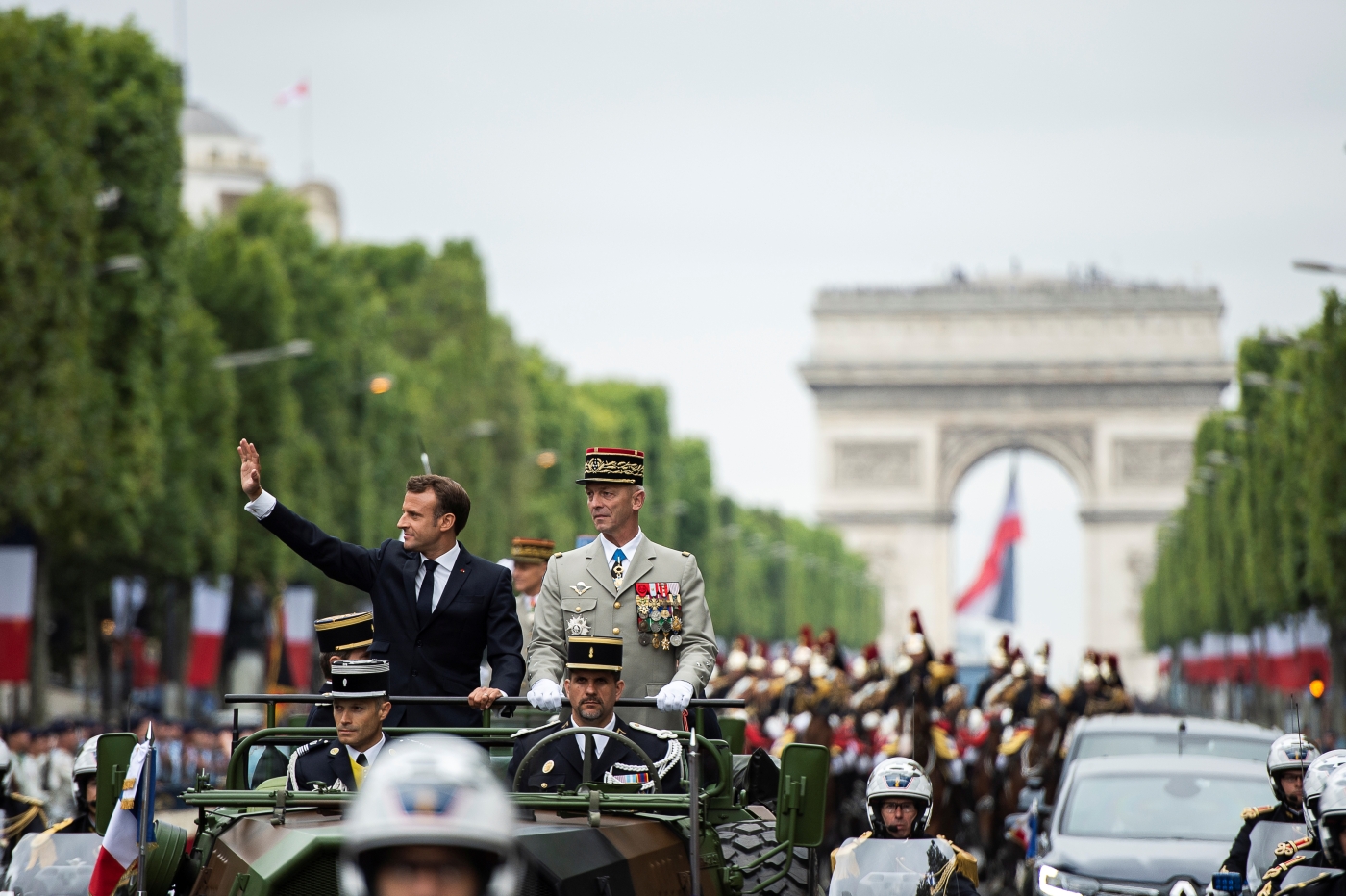 Last week French President Emmanuel Macron gave an interview with the TV channel Al Jazeera saying that he understood and respected the distress caused in the Muslim world by the publication of insulting cartoons of the Prophet Muhammad.

However, he insisted that he would always defend “the freedom to write, to think and to draw".

This is a principled position and one that has gained Macron sympathy around the world, never more so than in the wake of the appalling atrocities committed in France over the last three weeks.

But is the principle of freedom of speech really as absolute as Macron says? I am beginning to wonder. There have been two troubling episodes over the last few days where criticisms of Macron have been silenced.

One of these concerns the respected media company Politico Europe. The other concerns Britain’s venerable newspaper the Financial Times.

Last week, Politico approached Farhad Khosrokhavar, a retired professor of sociology at the School for Advanced Studies in the Social Sciences in Paris, to write in response to the recent attacks in France.

He then proposed that the reason was “France’s extreme form of secularism and its adherence to blasphemy, which fuelled radicalism within a marginalised minority”.

The article went up on the Politico website on 31 October. A number of observers, including a Politico journalist, were critical of the piece, describing it as an example of “victim-blaming”.

Shortly after publication, the article was taken down. In its place was published a "Note from the editor", Stephen Brown, stating the piece had been withdrawn as it “does not meet our editorial standards”.

On 2 November 2, Politico published a response from Gabriel Attal, a junior minister and French government spokesperson.

Attal wrote that Khosrokhavar’s article “sought to pin blame for these tragic events on France’s secularism”, which the minister described as “an insult to those who died and an unthinkable reversal of roles between the attackers and the attacked”.

Khosrokhavar then launched a ferocious broadside accusing Politico of censorship – a charge that Stephen Brown denies.

In the article, Khan accused the Macron government of choosing to “stoke moral panic about the ‘Muslim question’”.

She also said that Macron had “chosen a strategy that serves the far right and its electoral ambitions”.

Khan’s article stayed up for a matter of hours before being taken down with the paper explaining that it had been removed “after it emerged that it contained factual errors”.

One of the errors concerned Khan’s statement that “No woman in a headscarf has carried out a terrorist attack in France.” This was untrue.

The article misquoted Macron as referring to “Islamic separatism” rather than “Islamist separatism”.

Rather than leave the story online with corrections, which would have been the normal course of action, the FT took the decision to remove the article entirely.

It is worth noting that the FT was not the only publication to quote Macron in this way. The Wall Street Journal and The Spectator are two examples. Another Associated Press article uses the same quote, though it refers to an earlier speech from the French president.

A Guardian headline carried the same quote before being corrected, though not removed entirely.

Two days after removing Mehreen Khan’s article, the FT gave the French government a right to reply. This time it was not a spokesman, as in the case of Politico. It was the French president himself.

In a lordly denunciation, given ample space on the letters page, Macron said he had been “misquoted”, adding that the article “accused me of stigmatising French Muslims for electoral purposes and of fostering a climate of fear and suspicion towards them”.

He told readers “let us not nurture ignorance, by distorting the words of a head of state”.

The cases of Politico and Financial Times are very similar.

When I spoke to Stephen Brown, the editor of Politico, he told me: “If an article does not meet a publication’s standards, then it should be withdrawn.”

When asked what were the editorial standards the piece did not meet, Brown responded: “The article should have contained a clarification that his arguments were not meant as a justification for violence.

Brown told MEE: “I did not get any formal criticism or complaint from the French government whatsoever. We invited them to write a rebuttal of the piece, which we then published as a Letter to the Editor.”

When I approached the Financial Times about Mehreen Khan’s piece, I received the following statement:

“On November 2 we removed an opinion piece published briefly on FT.com when we discovered factual inaccuracies that should have been captured in the editing process. Since it included a mistranslation of a quote from Emmanuel Macron, we of course offered the French president a right of reply. We have published his letter in the FT.

“The FT publishes a broad range of voices and views. Our global readers value the independence and quality of our journalism, and our international perspective. The article's removal had nothing to do with the views expressed by the writer, who is an FT journalist.”

Both the FT and Politico blame editorial incompetence for the situation which saw the two articles removed.

Others take a different view. Bruno Macaes, Portugal’s former Europe minister and a senior fellow at the Hudson Institute think tank, claims the office of President Macron “placed an angry call to the FT”.

He says that he understands the call was made with the intention to have the piece removed, “but the question never arose because the article was going to be removed anyway”.

Both Politico and the FT vehemently deny they removed the articles due to pressure from French authorities.

We must take both media organisations at their word. Editors make mistakes.

It is striking, however, that the FT extended a latitude to Macron which it did not extend to its own writer, Mehreen Khan.

Macron’s letter has its own inaccuracies – and very serious ones. The most serious is his description of “districts where small girls aged three or four are wearing a full veil, separated from boys, and, from a very young age, separated from the rest of society, raised in hatred of France’s values.”

Middle East Eye asked both the Elysee Palace and the Financial Times to provide evidence to substantiate this claim: neither was able to do so.

Marwan Muhammad, co-founder of the Muslims' Platform, told MEE: “I have travelled extensively across France and visited hundreds of local Muslim communities and I have never seen what President Macron describes – districts where three-year-old girls wear a niqab, living separated from their brothers. Neither does it appear in any sociological or field study.”

Indeed, Macron’s claim has led to accusations of “fake news” from critics.

It is not merely the facts that are open to question. So is the tone. The French president described “breeding grounds for terrorists in France”.

Such dehumanising terminology – which echoes the ugly rhetoric of US President Donald Trump - feels like the language of the far right rather than that of a respectable president in a Western liberal democracy.

It is of course the case that newspapers are not responsible for statements made by foreign statesmen on their letters page. Nevertheless, when I asked the FT whether it planned to inform its readers there were doubts concerning Macron’s statements, it said it had no intention of doing so.

Macron claims to be a vehement defender of free speech. Yet the French president appears to be affronted by critics making their case in the public domain where Macron can challenge them.

He wrote in his article: “I will not allow anybody to claim that France, or its government, is fostering racism against Muslims.”

But many French people – not just Muslims – feel that is exactly what he is doing. And they are fully entitled to express those thoughts – just as Macron insisted in his interview to Al Jazeera last week.