The future of Iraq: the plot thickens 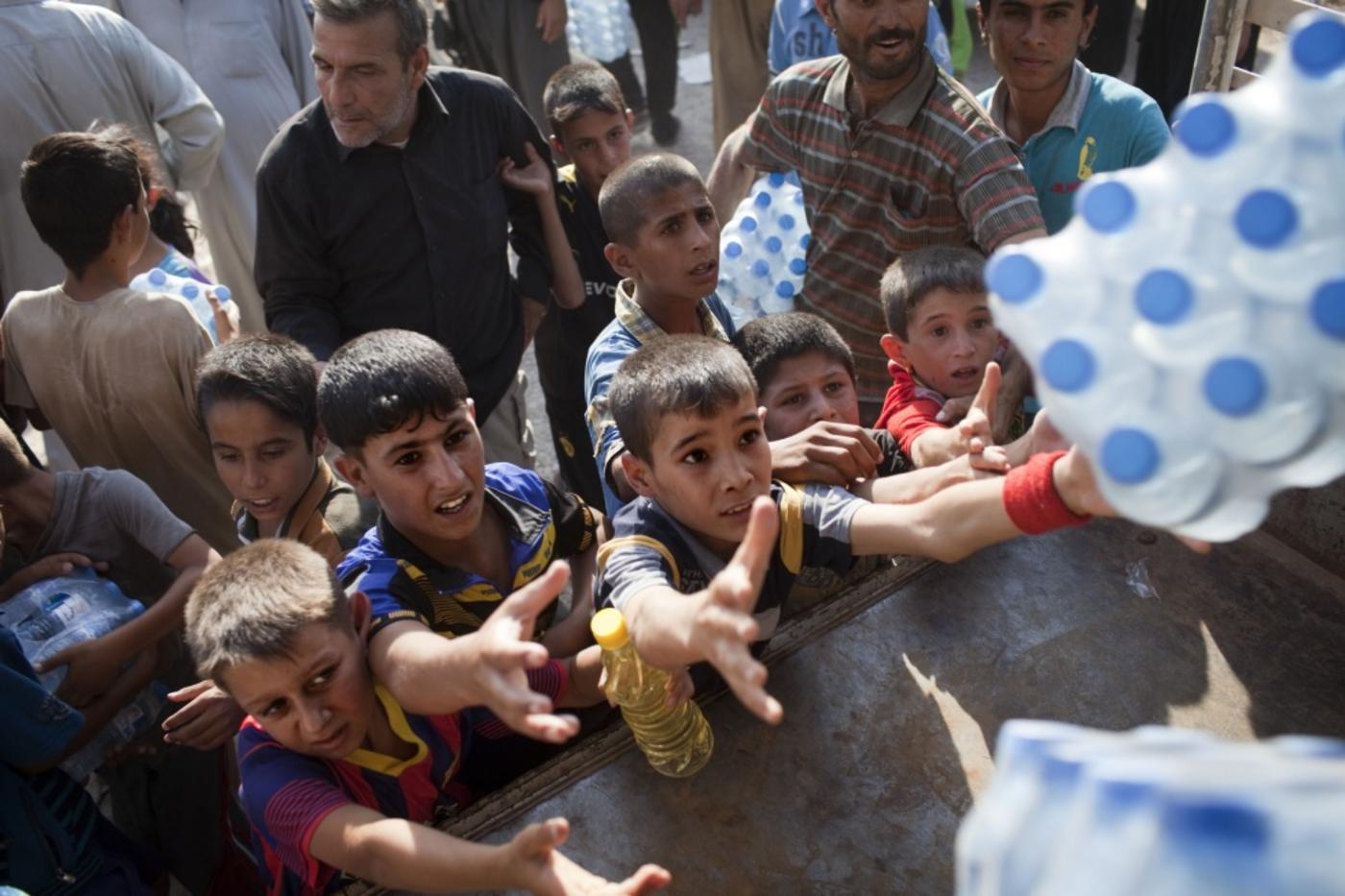 Politicians and pundits have been forecasting the breakup of Iraq since the fall of Saddam Hussein in the United States-led invasion in 2003. Events in Iraq and actions of external powers such as Israel, America and European allies have brought the prospect of Iraq’s fragmentation closer.

We are frequently reminded about the “artificial” nature of the Iraqi state since its creation during the British-French mandate in the Middle East after the fall of the Ottoman Empire; that the Kurdish north, the Sunni centre and the Shia south had rendered Iraq irreconcilable; that in light of Saddam Hussein’s autocratic rule, the breakup of Iraq was inevitable; and it was only a matter of time before the inevitable happened. The moment may have arrived.

The past is indeed instructive, and defines the present as well as the future. However, an essential element missing in this narrative is the role of external intervenors now hastening the breakup of Iraq. Today’s Iraqi state, dismembered and reconstructed by the Americans only a decade ago, is as fragile as at any time since the British first created it in 1920. A century thereafter, intervening players are many in that country.

With his declaration of support last June for the idea of an independent Kurdish state in the midst of Iraq, Turkey, Iran and Syria, the Israeli Prime Minister Benjamin Netanyahu had thrown the cat among the pigeons. Netanyahu’s instinctive belligerence and his own brand of Zionism are comparable to the extremist outlanders that exist in other faith systems. Even so, questions were raised following Netanyahu’s remarks and his possible motive. Was it a glib suggestion from him alone, or part of a bigger plot to reshape the Middle East? If so, could other powers be involved?

Those who are aware of Middle East history of the last century know that great powers coming from far away have redrawn the region by force. They have invaded, engineered coups and manipulated the region’s politics and peoples. Instances which come to mind are the territorial carve-up of the Middle East by Britain and France, the US-Soviet Great Game of the Cold War, and the 1953 plot by the American CIA and the British MI6 intelligence agencies to overthrow Iran’s elected government. The Anglo-American coup took Iran to a turbulent journey leading the country to the 1979 revolution and creating the foundations of what is Iran today.

Since Netanyahu’s bombshell announcement, the plot has thickened in light of developments involving the United States and its close European allies. The rising spectre of the Islamic State (IS) and the threat to Iraq’s minorities and Americans serving in that country has offered the Obama administration a new opportunity for greater military intervention. Obama’s intervention is opaque, but intervention it definitely is. Again, Britain and France have been quick to follow the United States in both rhetoric and action.

Washington seized on the rapid advances of the Islamic State militia in parts of central and northern Iraq up to the autonomous Kurdistan region. Reaction in the European capitals was instant, in particular London and Paris. Some fighters of the Islamic State in Iraq and Syria came from Syria itself, where they had benefited from American policy and Saudi and Qatari help for their campaign against Bashar al-Assad’s regime. More came from Libya, Egypt, even Britain. However, many are disgruntled Sunnis of Iraq, product of a home-grown phenomenon.

Atlantic magazine published a damning article by Steve Clemons with the headline “‘Thank God for the Saudis’: ISIS, Iraq, and the Lessons of Blowback” on 23 June 2014. Clemons explained how ISIS was created by Saudi and Qatari support with encouragement from the United States.

Saudi Arabia, in particular, has got into the habit of supporting Sunni groups to go fight elsewhere, so they do not pose a threat to the ruling al-Saud family. The habit goes back to the Afghan war against the Soviets in 1980s if not before. Obama is not pleased by this errant behaviour of America’s closest Arab allies. Tensions are barely under the surface between the White House and the Saudi royals over other policy matters. Nonetheless, after a difficult period, Obama seems to have rekindled friendship with the al-Saudi family, visiting them in March this year.

After the creation of another monster, the American-led narrative quickly switched against the Islamic State. The time had come to “destroy” the organisation. Hence the bombing of Iraq; the decision to send more US military “advisers”; the removal of Prime Minister Nuri al-Maliki after President Obama and Vice-President Jo Biden held telephone consultations with Iraq’s president; and the move to supply weapons to the Kurdish Autonomous Region. Speculation is rife in some circles that America may even deploy “ground troops” in Iraq. They are actually there behind some other veil.

When the United States initiates a foreign policy move, Britain and France are eager to follow. It is also expedient for both Prime Minister David Cameron and President Francois Hollande to raise security and foreign policy issues, for both leaders are in domestic political trouble. In Paris, the Socialist president has followed Washington in deciding to supply weapons to Iraqi Kurds, ostensibly to defeat the ISIS militia. In London, the coalition government of the Conservative and Liberal-Democratic parties has ordered the Royal Air Force to fly even deeper inside Iraq to “monitor” ISIS activities.

The change came barely a week after the operation was begun to “relieve” Yazidi refugees besieged in Mount Sinjar. In London, the Defence Minister, Michael Fallon, asserted that the British mission in Iraq could last months. The Prime Minister, David Cameron, went further and said that Britain should be prepared to deploy its “military prowess” to help defeat the jihadists. At that point, it began to look like another mission creep. What he really meant remains unclear. The British public has little appetite to send fighting troops abroad, though there are reports of special forces already in Iraq.

So, only weeks after Netanyahu’s declaration of support for Kurdish independence, the plot has thickened. Let us take, for example, the bombing and intelligence operations by American and British aircraft; the deployment by President Obama of military advisers, most likely including special forces; the arming of Kurds by the United States, Britain, France and possibly others; the departure of Nuri al-Maliki as prime minister of Iraq; and the Kurdish Autonomous Region’s growing oil trade and strategic ties with Israel. All point in the same direction.

These actions appear to be part of a common agenda. It will weaken the Iraqi state’s authority; embolden claims of Kurdish independence; strengthen Israel’s foothold which it has long sought in Iraq; and stir up unrest in the Kurdish populations of Iran, Turkey, and Syria which lies in ruins; ignite tensions, potentially conflict, between a Kurdish state, once its secession is complete, and a truncated Iraq.

Success of the scheme will mean a setback against Iran’s strategic interests, because its Shia neighbour Iraq will then be a smaller and weaker entity. Consequently, the United States and its allies will have secured a firmer grip in the region.

Deepak Tripathi is a writer with a particular reference to South Asia, the Middle East, the Cold War and America in the world. He is a fellow of the Royal Historical Society and the Royal Asiatic Society of Great Britain and Ireland.

Photo: Iraqis take water from a humanitarian aid convoy in Amerli on 1 September 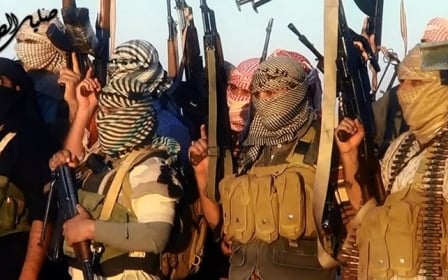