Gaza NGO arrests are about the Israeli blockade, not aid or Hamas

Ben White
The only reason why Palestinians in the strip are so dependent on international aid is because of Israel’s ongoing, illegal siege 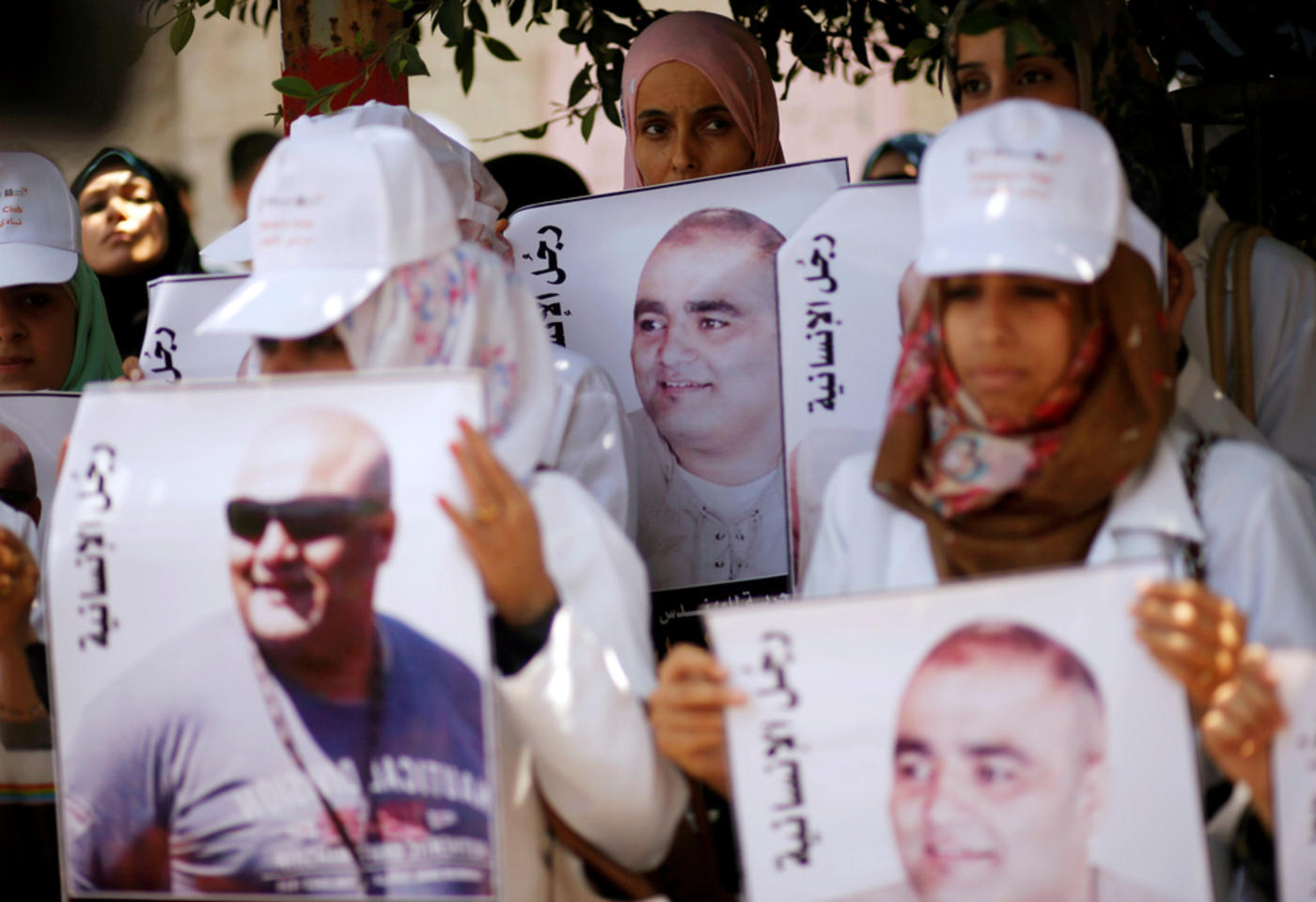 In recent days, Israeli authorities have announced charges against two, Gaza-based employees of international NGOs - one from World Vision, one from the United Nations Development Programme (UNDP). Each individual faces accusations of varying degrees of assisting Hamas.

Many have expressed scepticism about the charges, particularly given the lack of due process. Mohammed Halabi, for example, was detained without charge for 50 days and alleges that he was tortured by Shin Bet officials during his interrogation. He was also denied access to a lawyer for three weeks.

One key point buried by the allegations: the fact that aid in the Gaza Strip is so significant because Israel continues to choke it

The Israeli government has eagerly and gleefully been getting propaganda mileage out of the indictments, which conveniently support Netanyahu’s narratives: Hamas exploits international aid, and NGOs are naively or deliberately colluding with "terrorists".

But one key point has been largely buried by these allegations and accompanying controversy: the fact that the role of aid agencies and international NGOS in the Gaza Strip is so significant because Israel continues to choke the enclave with restrictions on freedom of movement and access.

Israel wants an invisible blockade. Responding to the recent allegations (or rather, asserting them as facts even before a trial), Israeli officials have claimed that “Israel remains committed to aid and rehabilitation efforts in Gaza”, with “funds and materials flowing into the strip".

Never one for subtlety, the Israeli prime minister has also got in on the act, releasing a short video in which he states: “Israel cares more about Palestinians than their own leaders do.”

On 15 July, Haaretz published an article describing how “restrictions have been tightened on Palestinians seeking to depart the Gaza Strip and on imports permitted into the territory".

In recent months, according to the article, “regular exit permits for about 1,400 merchants…have been cancelled or not renewed”, while Israel has also “begun to forbid certain businessmen from importing their merchandise into Gaza”, a prohibition based on “‘security reasons’ without further explanation".

Meanwhile, Israeli authorities continue to enforce an “extensive” list of "dual-use" items whose entry into the Gaza Strip is highly restricted or forbidden, including items – in the words of Israeli NGO Gisha – “whose use is overwhelmingly civilian and critical for civilian life".

Furthermore, as I describe in my newly released eBook, The 2014 Gaza War: 21 Questions & Answers, the Israeli government persists “with one of the most damaging measures applied during the blockade – restrictions on goods exiting the Gaza Strip”. In June, just 141 truckloads of goods exited Gaza, a 50 percent decrease compared to January – and just 18 percent of total in 2005.

No wonder then, that “the socio-economic conditions in the tiny enclave are extremely dire”, as UNRWA puts it: the unemployment rate is at more than 40 percent, while 80 percent of Palestinians in the Gaza Strip “depend on humanitarian assistance to meet their basic needs”.

Earlier this year, a UN report described “progress on reconstruction” for displaced Palestinians in Gaza as “slow”. The most urgent step that needs taking? “The removal of [Israeli] restrictions on the import of building materials, towards a full lifting of the blockade.”

That’s not what Netanyahu and Israeli diplomats want the world to hear. They would have been even more dismayed when, on 28 June, UN Secretary-General Ban Ki-moon declared that “the closure of Gaza…is a collective punishment for which there must be accountability".

No wonder Israel’s Ministry of Foreign Affairs is working so hard to publicise the "confessions" of World Vision and UNDP employees. Anything to obfuscate the impact of Israel’s long-standing restrictions. Anything to shift attention from the fact that the only reason why Palestinians in the Gaza Strip are so dependent on international aid is because of Israel’s ongoing, illegal blockade.

Gaza is not the scene of a natural disaster. Successive Israeli governments have sealed off and fenced in this small strip of land and intentionally de-developed its economy, seeking to achieve political goals through a blockade that hits Gaza’s civilian population the hardest.

It’s not, ultimately, a question of "aid". As I write in my book, what is required is “a wholesale change in Israeli and international policy: an end to blockade, an end to the boycott of certain Palestinian factions, an end to occupation and Israeli impunity for grave violations of international law and human rights, and, ultimately, decolonisation and self-determination for the Palestinians".

Palestinian demonstrators hold posters of Mohammad El Halabi, World Vision's manager of operations in Gaza who was accused by Israel of funnelling millions of dollars in aid money to Hamas, during a protest in solidarity with El Halabi, organised by foundations and societies benefiting from World Vision in Gaza City August 7, 2016. (Reuters) 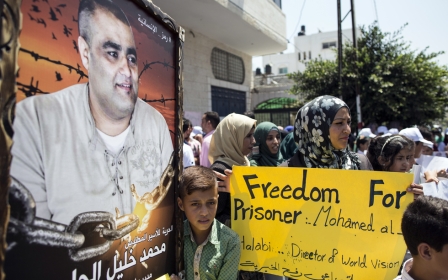 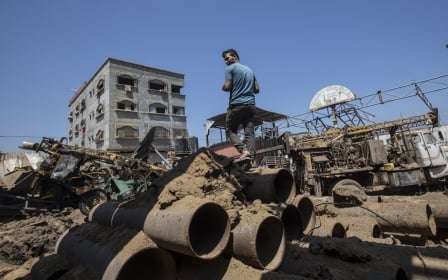 Gaza Aftermath
No justice, no aid: Gaza on its knees two years after war, say reports