Haftar's demise could open the door to Libyan reconciliation

Tarek Megerisi
Without Haftar's presence, there is an opportunity to directly involve the diverse groups under Operation Dignity in a process of reconciliation and peace-building 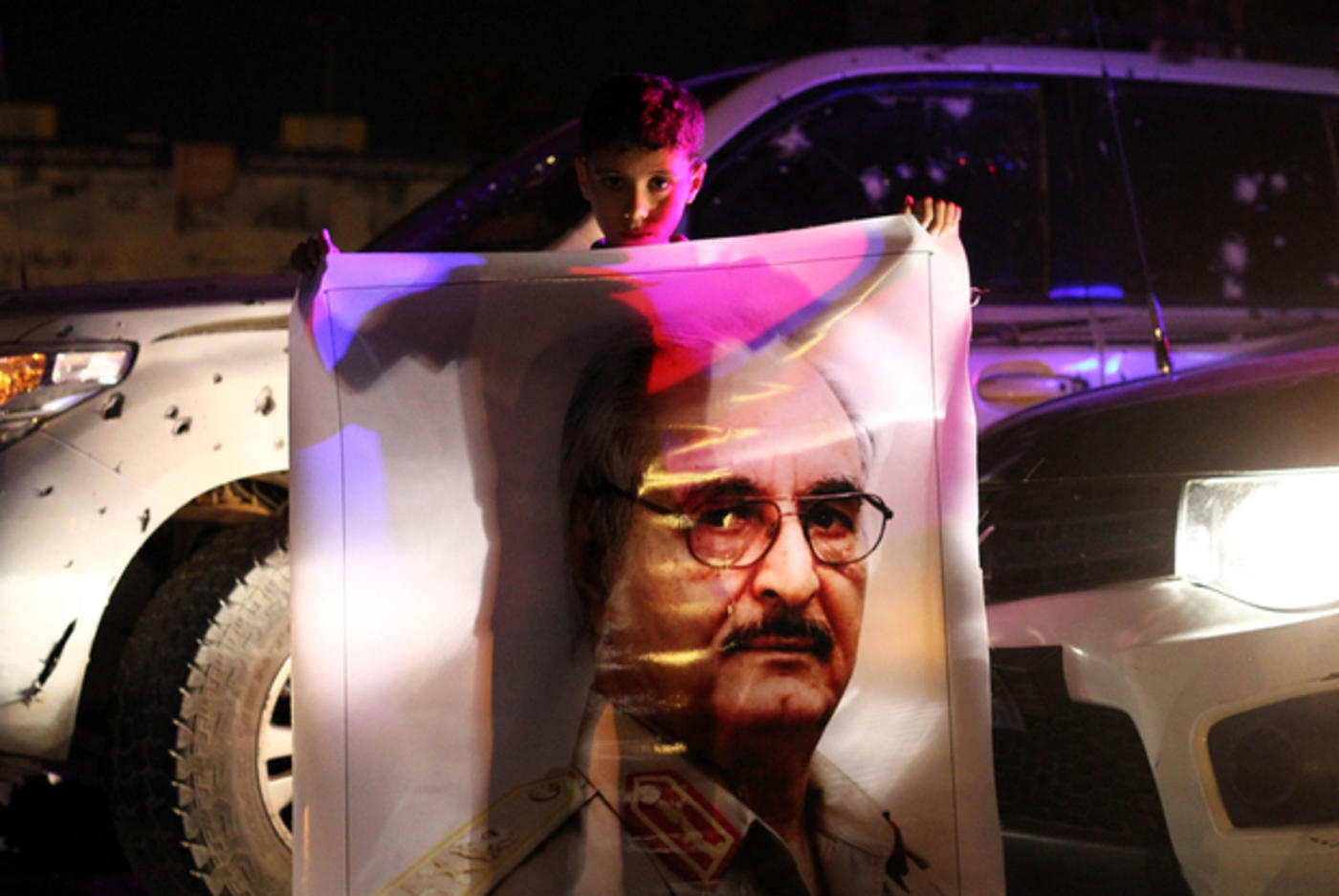 Since 12 April when news first broke that General Khalifa Haftar had been hospitalised in Paris, speculation has been rampant about his ailment and indeed if he will be able to return to command, or more importantly to survive.

The clumsy attempts by his spokesman to deflect and play-down the situation, whilst failing to provide any proof of him being in good health, has allowed such speculations to transform Haftar's image from the strongman of Libya to the sick man of Libya.

This in turn has led to premature prophecies of a change in leadership of his self-declared Libyan National Army (LNA), or even to the fragmentation of the institution, rumours which are growing in momentum to the extent they're threatening to become a self-fulfilling prophecy.

Haftar has played a relatively unique role in post-revolutionary Libya. Back in 2014 his entrance into the paranoid, hostile environment of Cyrenaica (Barqa) was an attempt to become relevant by filling a vacuum.

Operation Dignity, a military operation launched by the Haftar-led LNA on 19 May 2014 against Islamist forces in eastern Libya, and the almost irrepressible media narrative which accompanied it, allowed him to satisfy a very real need amongst the fearful and besieged Libyan population for order and stability.

The hope projected onto him and the ambitions that multiple, quite disparate groups, believed they could achieve through him allowed him to cobble together an unlikely alliance.

In turn his stature and background as a military man along with his history and his severe rhetoric against Islamism, jihadism, and democracy itself endeared him to an array of international and regional actors whose sponsorship carried him to a position of strength.

Ultimately, and somewhat ironically, it was the image of strength that allowed him to be so many things to so many people and this is why the last week and a half has fatally undermined him even if he is healthy.

This irreconcilable reality has left many groups, both foreign and domestic, in an awkward position. First and foremost is the LNA itself. It is an organisation whose momentum has been slowing since last year when it declared victory in Benghazi, and following a massacre at its base in Brak al-Shati, swept to a position of superiority in southern Libya.

Now, the LNA is trying to maintain its structural integrity in the face of simmering hostility and mistrust between its central command and crucial tribes that are unhappy with the special forces units, violent insubordination from its large Salafist forces, and an inability to assert institutionalised security in Benghazi. Amid all this, it must find a new leader who can return some forward drive and unity.

A meeting between the LNA's most prominent figures on 17 April suggested that they are, for the moment at least, trying to deflect attention from leadership problems by re-focusing on an upcoming war on the city of Derna.

Wars are a common political ruse to re-energise a demoralised group and could provide the cover to rehabilitate Haftar and return an impression of normalcy upon his return from Paris.

However, this is a distraction from - rather than a solution to - their problems. What will inevitably be a long war of attrition against a densely packed, fiercely resistant city of over 100,000 people carries an innate capacity to intensify these problems when they inevitably re-emerge.

However, the LNA is short of options at present without an obvious candidate for successor. The immense scrutiny it's under now means that it will try to avoid exposing itself to a fractious succession process, especially if there were any chance that Haftar himself could return.

Maintaining the LNA will be an ambition shared by Haftar's regional allies who have invested heavily in his success, and in the LNA's growth beyond Benghazi to the south of the country and the oil infrastructure concentrated in the Sirte Basin.

Although Cairo's hosting of Libyan military unification talks has been an attempt to engage Libya on a national level, the LNA as an institution, and Haftar’s transferral from military to political leadership, is a foundation of their policy.

Egypt has spent a lot of time cultivating the LNA and rebuilding its capacity as a means to securing its shared border. Despite their questionable success at doing so, Egypt would prefer to maintain an institution, with which it's familiar and can engage freely with, than to return to the inherent instability of the unknown.

Indeed, seeking out what is familiar to them will likely be a hallmark of the policy of Haftar’s international allies until the security framework of national military unification is developed.

Ultimately Haftar's failure to fill the post-revolutionary vacuum has been demonstrated by the palpable insecurity generated by the mere rumour of his demise. If this vacuum remains unfilled, it is only a matter of time before the mirage of order conjured via Operation Dignity is replaced by a harsh reality of renewed fighting. In this way, the ambiguity of Haftar's condition presents an opportunity.

Without the impudent filter he presented to all engagement with Cyrenaica, there is an opportunity to directly involve the diverse groups under Dignity's banner in an attempt at a diplomatic process geared towards reconciliation and peace-building.

A process which inducts the LNA's regular forces into a genuinely national military unification with those groups who would never associate with the personality of Haftar can also bring Eastern Libya's new rulers - who will take over after Haftar - to reconcile with the thousands of Libyans who were displaced by their military operations.

As ever, post-revolutionary Libya has found itself at a crossroads it has been driven to by the power of rumour. Perhaps this time it can be guided down the more constructive road.

-Tarek Megerisi is a political analyst and researcher specialising in Libya and the wider MENA region. He is also a Visiting Fellow at the European Council on Foreign Relations. He tweets @Tmegrisi.

Photo: A Libyan boy holds a portrait of General Khalifa Haftar amid celebrations in Benghazi in October, 2015 (AFP) 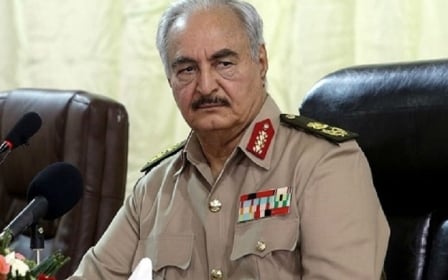