Meron Rapoport
For years, Israeli liberals believed the High Court could save Israel from itself. After a new ruling upholding a law against boycotting, they are losing faith. 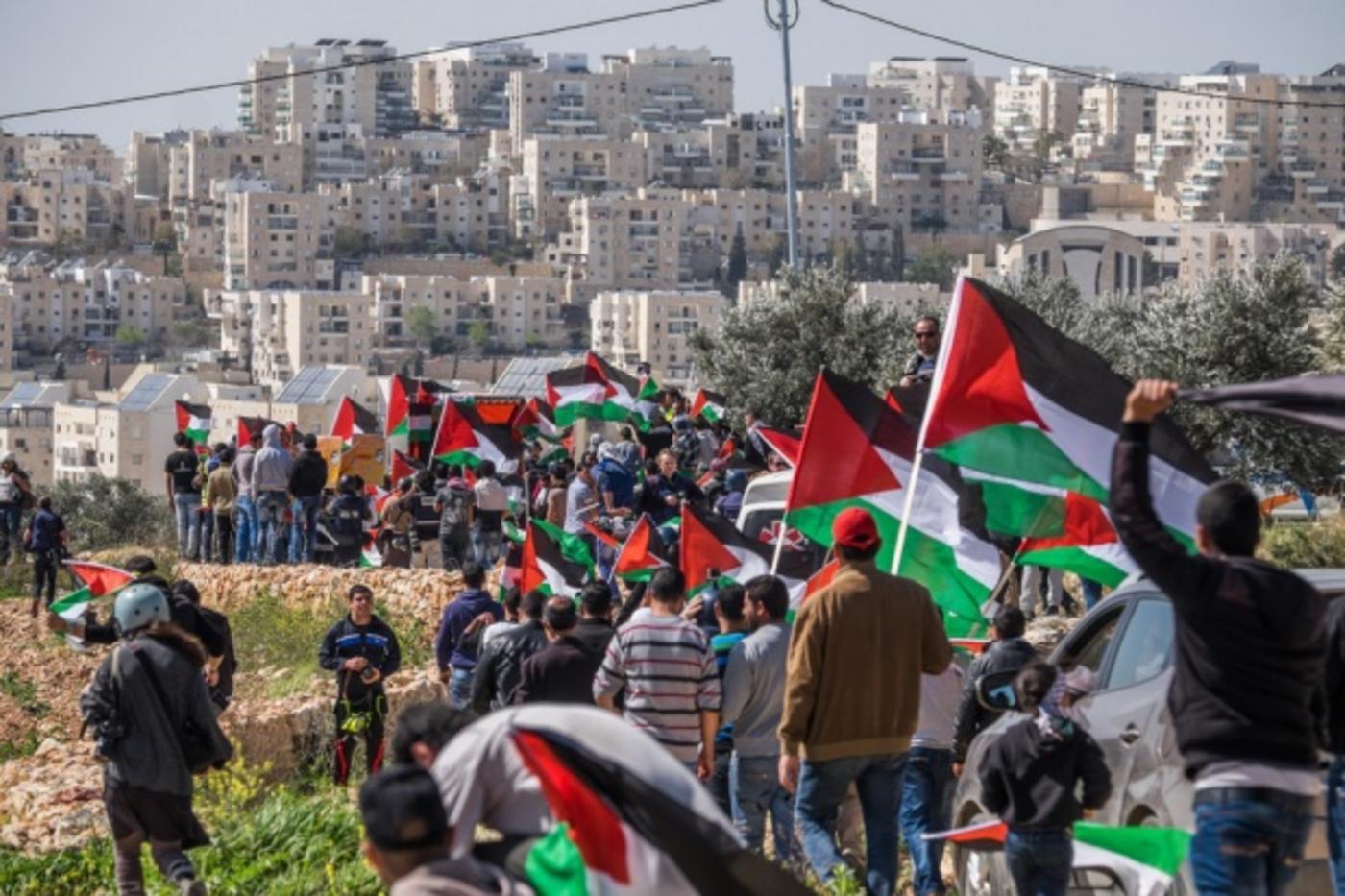 A statement issued by the Israeli leftist Meretz party on Wednesday following a High Court ruling upholding a law that allows companies to sue those calling for political boycott, was unusual.

Not because of its content: Meretz members openly call for boycott of products produced on Israeli settlements. But because for decades, criticism of Israel’s High Court came from the right-wing. Now the liberal left joins in.

Israel’s anti-boycott law was enacted in 2011 following an initiative by right-wing parliamentarian Ze’ev Elkin, from the Likud Party who lives in a settlement in the West Bank. The law was supposed to dampen the threat of an international boycott, divestment, sanctions (BDS) movement by intimidating Israeli individuals and organisations who had joined it, and worse – provided "incriminating" information about Israeli activities from alleged war crimes in Gaza to wine produced on illegally confiscated Palestinian land in the West Bank.

In essence, the law allows Israelis to sue individuals or organisations who call for boycotts against them without having to prove a direct link between the boycott call and financial losses accrued as a result.

Human rights organisations requested that the High Court annul the law, claiming it infringes freedom of speech guarantees enshrined in Israel’s constitutional laws. Such appeals have been common practice in the last decades by Israeli liberals who perceive the High Court as a bastion defending human rights in Israel.

The reliance on the High Court to "fix" the shortcomings in Israel's democratic system have yielded some important achievements, especially regarding the rights of women, homosexuals and even Israeli-Palestinian rights within Israel.

Concerning the rights of Palestinians in the occupied territories, however, the results have been mixed. While in some cases the High Court blocked confiscation of private Palestinian lands in order to build new settlements or coerced the military to open investigations against soldiers suspected in unlawful killings, in most cardinal issues it upheld the government's policy.

The High Court failed to restrain the practice of "targeted killings", although it may amount to execution without a trial. Again and again it approved house demolitions of Palestinians suspected of "terrorist activity", and it ignored the advisory opinion of the International Court of Justice against the building of the separation barrier on Palestinian lands, albeit changing its route in some minor cases.

Yet most Israeli liberals chose to ignore the ambiguity of the High Court's rulings on these issues. As Israel’s governments have swung to the right, intensifying anti-democratic legislation, liberals’ dependence on the High Court grew. As if the High Court was given the task of saving Israel from itself, of safeguarding the "true" liberal-Zionist values on which Israel was supposedly founded.

This process had its backlash. The High Court became an easy target for right-wing politicians and organisations. The claim was that while right-wing parties won the popular vote, the left-wing remained in power through its control over the High Court. The High Court was accused of "falsifying" the will of the people by being "a branch of Meretz".

These constant attacks put public pressure on the High Court to not "transgress its limits" and to soften its interference in the work of the Israeli government and parliament. With the aid of political meddling, more conservative and right-wing judges were nominated to the High Court. A special law was enacted to ensure the election of the conservative Asher Grunis as Chief Judge. The ruling on the Boycott Law was his farewell present before leaving office.

The effects of this pressure surfaced in Wednesday's ruling on the boycott law. The court did decide to annul the provision which allowed for plaintiffs to get compensation even without proving damages, but it upheld all other parts of the law. One of the judges went as far as calling boycott "a political terror", while another judge wrote that "there is nothing wrong" when the Knesset lends a hand to fight "those conspiring to annihilate us".  In short, a call for boycott was compared to an Iranian nuclear bomb.

Noam Sheizaf, a journalist from +972 website, rightfully remarked that now it is legal to call for a boycott on cheese because of its high price (a large boycott on cottage cheese led to the social protests in 2011), but it is forbidden to call for its boycott if it is manufactured in one of the settlements.

Michael Sfard, one of Israel's leading human rights lawyer, says this ruling is particularly worrying. It is regrettable but understandable that the High Court defends the government's policies on sensitive issues of national security such as targeted killings or the separation wall, says Sfard. But the Boycott Law had nothing to do with national security. It was all about political freedom and the right to try to influence government policy through peaceful means.

As if to prove it had "corrected" its ways, the High Court on the same day upheld another extremely problematic procedure. It allowed the government to enforce the notorious Absentee Law in Palestinian East Jerusalem. This means that in theory, a Palestinian from the West Bank who holds property in East Jerusalem, might see his property taken by the Israeli government without him even being paid any compensation.

Since the 1967 war, all attorney generals advised the government not to make use in occupied and annexed East Jerusalem of the Absentee Law enacted in 1950 as a tool to confiscate the property of the Palestinian refugees. They claimed that it would be totally unfair. Now the High Court comes and legalises this process, although it puts heavy restraint on its use.

This evident change of course of the High Court could have important repercussions. As the statement issued by Meretz indicates, it could convince Israeli liberals that they cannot put their faith any longere in this institution and that they must find new ways to fight the right-wing policies, outside the legal arena.

On the international level, these kind of rulings may also have an effect. The prestige of its High Court helped Israel to maintain its claim to be "the only democracy in the Middle East". Now, when the same High Court fails to defend political freedoms inside sovereign Israel and when it seems to be bowing under right-wing pressure, this relatively clean image may be damaged. Israel may find that no boycott law would be able to pay for these damages.

Photo: Palestinian protesters in front of an Israeli settlement in the West Bank village of Bilin Feb 27, 2015 (AFP) Inside Israel
The cost of not talking peace
Meron Rapoport