Madeleine Miller
Leaked documents exposing abuse in island detention centres did not even make front pages. What will it take to make more Australians care? 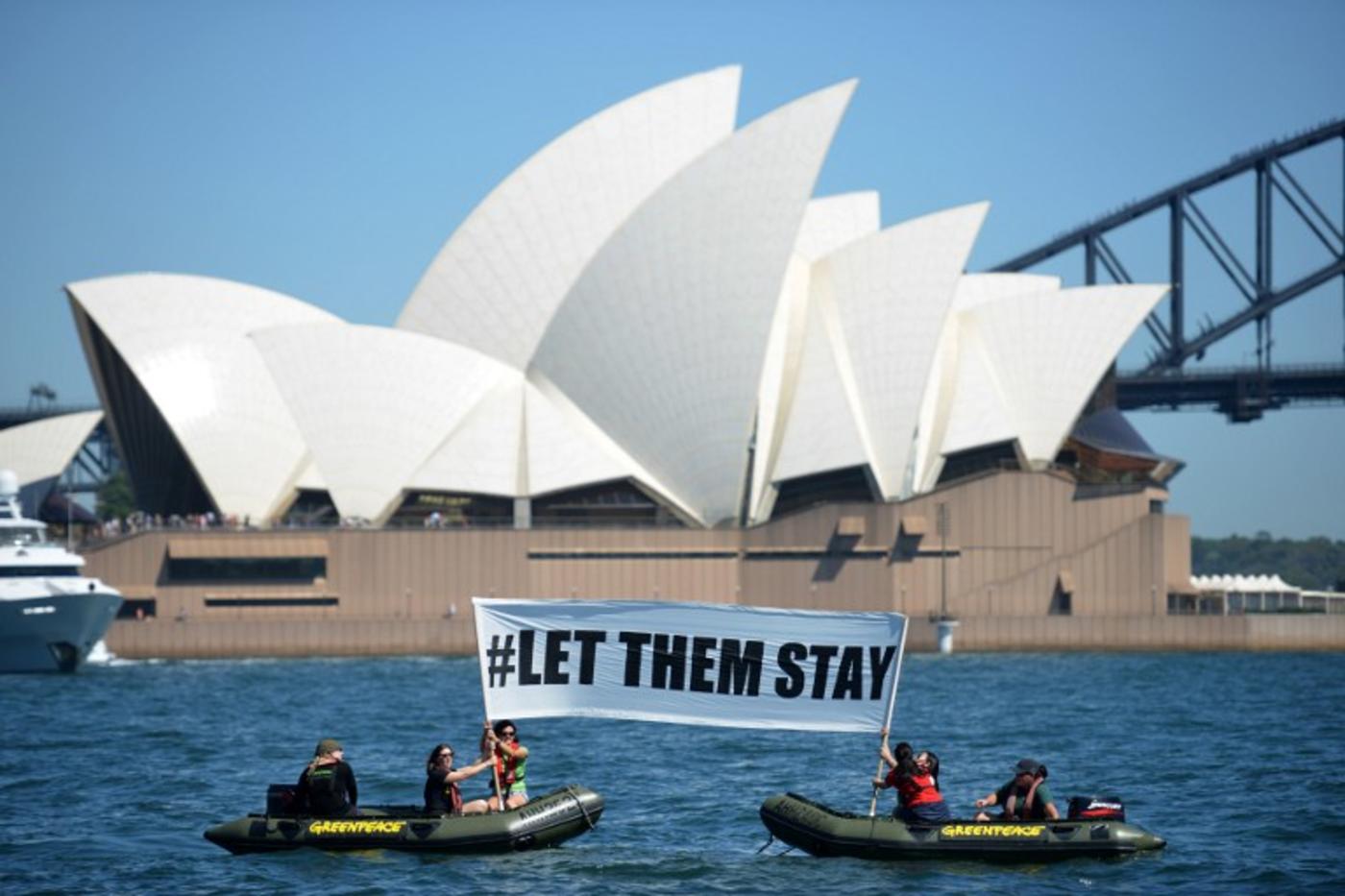 "We’ll toil with hearts and hands, To make this Commonwealth of ours, Renowned of all the lands," chimes our national anthem.

"For those who’ve come across the seas, we’ve boundless plains to share. With courage let us all combine, To Advance Australia Fair."

Australia. The land of plenty. Where everyone gets a "fair go". Well, that is, unless you are an Easterner knocking on our doorstep, looking for freedom and safety.

Sadly, the Australian narrative is being debunked.

We have become renowned, not for sharing our boundless lands with those who have come across the seas, nor our courage. Self-righteously our government boasts, “We stopped the boats.”

We’ve turned back boats in international waters, and deposited asylum seekers indefinitely in cells on Nauru and Papua New Guinea’s Manus Island, where they remain until they choose to return home or are resettled somewhere other than Australia.

At its peak in 2014, there were up to 1,233 people being held in the Nauru detention centre, and 1,353 in the Manus Island detention centre. The vast majority are Iranian, followed by Afghans, Iraqis and Pakistanis.

Australia’s minister for immigration and border protection announced last week that Manus Island detention centre will close. However, the announcement came with a disclaimer: none of the detainees will ever be settled in Australia.

But what of Nauru? On 10 August, amid the white noise of the census website failure and Olympics hype, a giant batch of information from the Nauru detention facility was leaked.

Three investigative journalists from the Guardian Australia website published 2,000 incident reports written by employees of the Nauru detention centre from May 2013 to October 2015, the biggest leak ever from Australia’s offshore facilities.

The reports offer a horrific and heart-breaking glimpse at conditions for those in Nauru detention, including violence, rape, child abuse, suicide attempts and abysmal living conditions.

Only 18 percent of detainees are children, yet 51 percent of the reports involve those minors, including the following in 2014 and 2015:

Despite government cover-ups and laws against whistle blowers, the Australian public has been aware of the abuse in the facilities for years.

In 2013, riots and burning buildings at Nauru detention facility were splashed across TV screens. Last February, a girl threw herself off a balcony after reportedly being sexually assaulted in Nauru. Starvation protests and attempted suicides have also been reported on several occasions.

The UNHCR has publicly criticised Australia’s offshore detention regime for years. In 2015, elements of Australian asylum policy were found to violate the Convention against Torture.

Former employees on Nauru wrote a public letter about the rampant abuse and sexual violence and government knowledge in 2015.

In April this year, a video emerged of a 23-year-old Iranian refugee on Nauru setting himself on fire. In the same week, a Somali woman did the same, but unlike the Iranian she survived.

In the lead up to the recent July election, an Iranian journalist and asylum seeker, Behrouz Bouchani, who has been held in detention on Manus Island for over three years, sent a video question to ABC’s Q and A programme;

“What is my crime? I am a refugee who fled injustice, discrimination and persecution. I didn’t leave my family by choice. Why am I still in this illegal prison after three years?” he asked Prime Minister Malcolm Turnbull on national television.

Surely, the Nauru Files is the point where Australians will cry enough is enough?

Not quite. Several commercial television stations barely gave the story oxygen. For many Australians, the story was not front page news.

But it’s not true that Australians don’t care about those fleeing war or persecution. Rather, the complexity of the issue has been whitewashed by simple political mantra.

The "Stopping the boats" slogan has had significant political currency for our government. A 2010 video showing 50 Iranian and Iraqi asylum seekers drowning as their boat smashed into the rocks at Christmas Island, where another detention facility is located, led many well-intentioned people to believe that the only way to prevent drownings was to be inhospitable to boat arrivals.

Queue jumpers. For years, the government has peddled the idea that asylum seekers arriving by boat are taking the place of refugees waiting in camps, kindling an Australian distaste for injustice and unfairness.

Sovereignty, unsafe borders. We are the biggest island in the world. Our nation is "girt by sea". Strong defence and border control is a popular vote winner.

Drain on the economy. While some labour poor industries such as agriculture have welcomed refugees, others fear introducing another group of people dependent on unemployment benefits from taxpayers' money, a myth perpetuated by the government.

Fear of losing Western values. In Australia, there is a mix of racism, ignorance and fear. The far right One Nation Party, which would like to halt the immigration of Muslims, has made a resurgence.

Attempts to turn the tide

Such racism, intolerance and ignorance has not been unabated in Australian society.

The Western Australian premier has announced that his state would accommodate Nauru refugees with the federal government’s approval.

Countless doctors have risked jail time, speaking out about the horror of Nauru and Manus.

Influential commercial television presenter Karl Stefanovic, demanded an apology from the immigration minister who said refugees were illiterate and a threat to local jobs. He spoke of his own Serbian heritage, and the Australia built on hard working immigrants like members of his own family.

Although rejected, a challenge to the lawfulness of offshore detention was made in the High Court.

Despite the unprecedented coverage of terror attacks in Europe, our Prime Minister hosted the first Iftar dinner at his residence in Sydney.

Our society is divided, confused, and perhaps because we don’t know the answer to the refugee issue, we do nothing.

The irony is that the biggest violator of our democratic values has been our government.

What is happening on Nauru and Manus Island have been kept under a veil of secrecy. Our government is alleged to have paid people smugglers, a transnational crime and accountability has been siphoned off to contractors and the governments of Nauru and Papua New Guinea, counteracting the rule of law.

Yet it costs the Australian taxpayer $400,000 a year per asylum seeker to keep them in the facilities.

There must be transparency and accountability, and offshore detention must end.

Australia might not know the answer to the global refugee crisis, but let us not be responsible for the trauma of one more child, or the suicide of one more adult.

Madeleine Miller is a freelance journalist also studying BA Laws (Hons)/BA Arts (Arabic, Anthropology) at the Australian National University. She has an avid interest in the Middle East, international law and investigative journalism. She has studied in the Gulf and Indonesia.

Photo: Members of the environmental group Greenpeace hold up a sign that reads "#LET THEM STAY" in front of the Opera House in Sydney on 14 February, 2016, in a protest against the country's tough asylum laws (AFP)