Is racism behind Australia's shameful treatment of refugees? 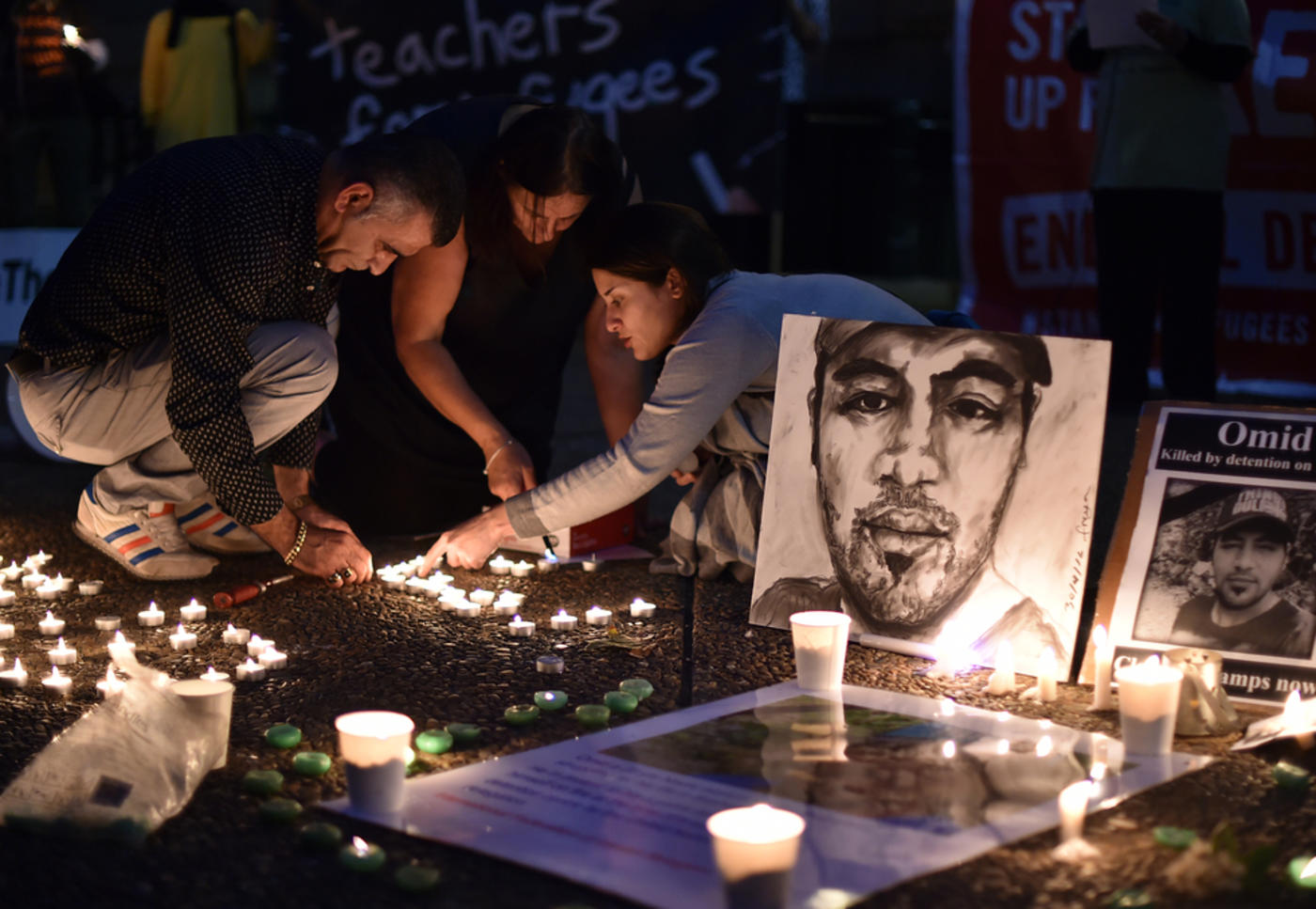 To know a map of the world is to know why Australia doesn’t have, never had, and never will have an immigration problem. Australia is an island located in one of the most remote corners of the world. It doesn’t even share a border with New Zealand. It shares a border only with the Great Barrier Reef, but as far as I can tell sharks, turtles, and stingrays are not seeking refugee status.

Actual desperate human beings who are fleeing political, ethnic and cultural persecution are pleading with Australia for refugee status, but Australia is pretending it has an immigration problem. Please refer once again to opening paragraph.

The only way to enter Australia is via a really long, uncomfortable air flight, or via a perilous, transcontinental sea crossing. In case you require a further geography lesson, one cannot make his way from the Middle East, Central Asia, Africa, or even the Asia Pacific to Australia by foot.

The same cannot be said for Australia’s Western contemporary peers, however, of which many are facing legitimate challenges regarding refugees and illegal immigrants. One can theoretically walk from Guatemala to Texas; from Syria to Germany; from Iraq to Turkey. But for refugees seeking asylum in Australia, a one-way ticket on a leaky boat is the only option - a ticket that typically requires a family to sell all of their available assets, and more often than not, results in certain death.

In the years 2007-13, more than 1,200 refugees, including hundreds of children, have perished making a sea journey to Australia. And even if refugees survive weeks and months at sea, and are then vetted illegible for refugee status, they’re still, typically, denied entry into Australia. In fact, they’re deported to refugee camps located on desolate atolls in the middle of the South Pacific Ocean.

Australia’s inhumane treatment of refugees is again making international headlines this time after a 23-year-old Iranian asylum seeker committed suicide at a detention in Nauru (yes, where?) by setting himself on fire.

“This is another senseless and tragic death as a direct result of Australia’s inhumane refugee policies,” said Pearson. “Refugees who have fled persecution in their homelands don’t deserve life in limbo in a detention centre or effectively imprisoned on a tiny remote island.”

It is worth remembering Australia is a settler-colonial project founded on the deportation of those who were convicted of criminal behaviour in Britain. I can say that cheekily because I am Australian. But today the country of my birth is not engaging in the act of deporting criminals, but deporting verifiable asylum status refugees to detention camps drenched in squalor.

Human rights groups have described the conditions in the Nauru and Papua New Guinea camps as “inhumane” – claiming cramped conditions, inadequate facilities and lack of basic necessities. Sinisterly, the Australian government has not only stonewalled attempts by journalists to visit the camps, but in 2015 the government passed legislation prohibiting detention centre employees disclosing information about the camps to the media.

In 2015, however, a BBC crew gained access to Papua New Guinea’s Manus Island – otherwise known by human rights groups as the “Guantanamo Bay of the South Pacific.”

“We found asylum seekers, their faces pressed against the fences, some of whom have been stuck in Manus for almost two years,” said the BBC’s Jon Donnison. “Many have fled the misery of the world’s war zones – such as Syria, Iraq and Afghanistan – but now find themselves imprisoned, seemingly indefinitely.”

It’s worth noting the Australian military has carried out operations in each of the three conflicts/invasions/occupations – Syria, Iraq and Afghanistan, which suggests Australia shares some responsibility for many of these displaced people.

“My situation in detention is very, very, very, very terrible,” said Ahmed, a Middle Eastern man who declined to give his full name, to the BBC. “We are living in one room two meters squared, four people. It’s unfair. The Australian government broke the majority of our human rights. They don’t have any plan for us.”

In fact, Sweden’s per capita response to the global refugee crisis is nearly six times greater than Australia’s. “No amount of selective use of statistics will hide the fact that the Australian government cut its refugee programme by one third in 2013 while the world’s displacement crisis was growing to its highest level in 70 years,” says Paul Power, the CEO Refugee Council of Australia.

Many claim good ole fashioned racism is the main driver of Australia’s pathetic response to the world’s displacement crisis. In a post-9/11 world, right-wing politicians and cultural entrepreneurs have portrayed Muslims and Arabs as a collective that possess a cultural identity that is at odds with Australian culture.

“'Culture talk’ is the ‘old racism talk’ dressed in today’s politically sanctioned language about legitimate and illegitimate refugees, about jumping queues, and officially compiled lists of what does or does not constitute ‘Australian culture'," writes The Guardian’s Ben Doherty. “Instead of race being an indicator of ‘nature’, everything is about their culture, which becomes a marker of threat and inferiority in the same way coloured or black skin marked the old racism’s language.”

This “culture talk,” as Doherty notes, allows Australians to discuss the refugee crisis without also having to examine how Australia’s role in the US-led “war on terror” has contributed to the realities that have created the refugee crisis.

Photo: Participants arrange candles next to the portrait of an Iranian refugee, who died after setting himself on fire, in Sydney on 30 April, 2016 (AFP). Refugees
How many more children must drown or disappear for Britain to take them?
Mat Nashed