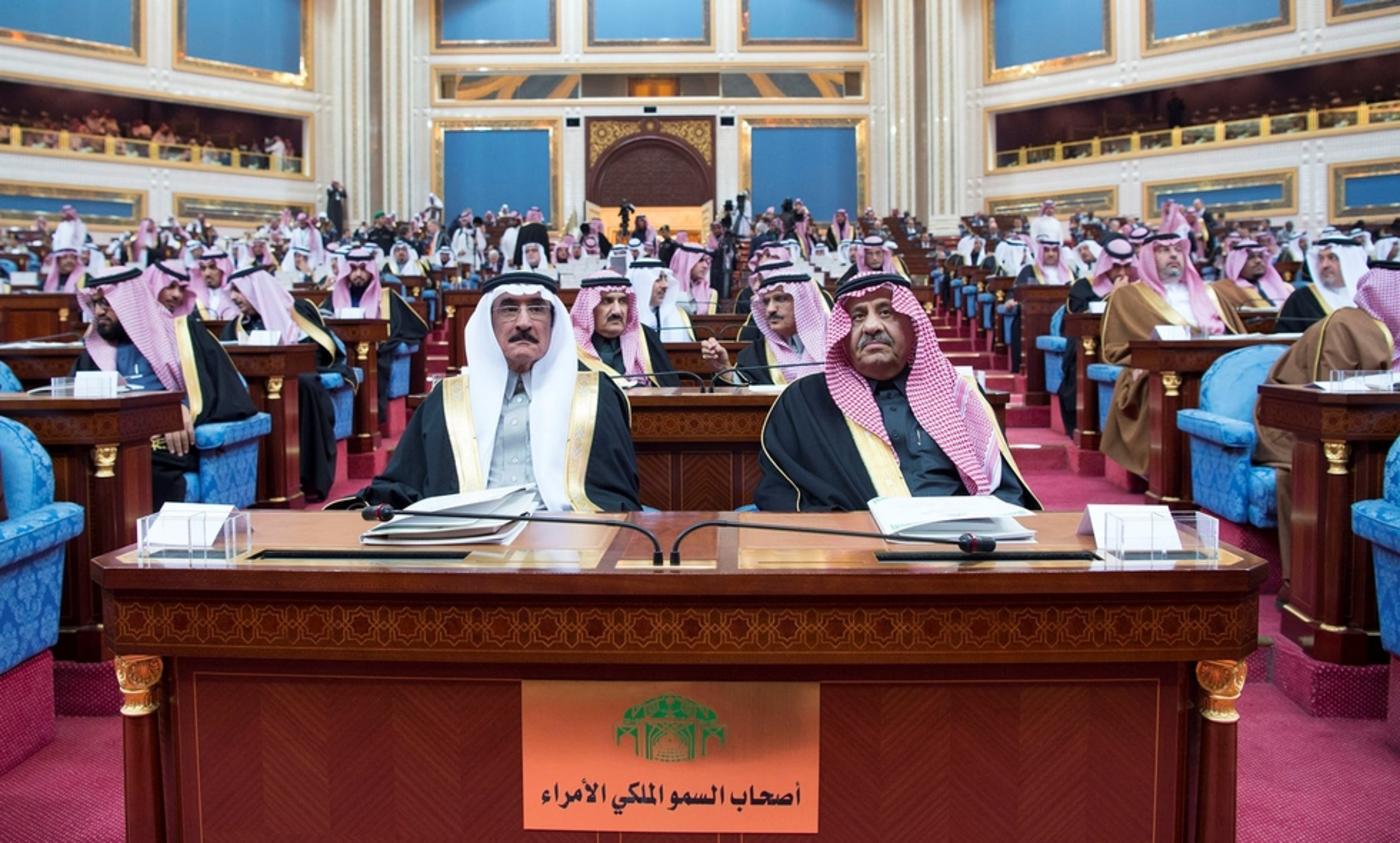 Over the coming months, the current power struggle within the House of Saud may develop into a bloody affair. For a long time Al-Saud boasted that unlike previous emirates and sheikhdoms that had previously ruled Arabia, they avoided bloody power struggles among themselves. The situation now seems to be different.

In 2007, the Al-Saud invented a 34-member royal committee of allegiance to sort out the delicate balance of power between the princes and elect a king by consensus. But the committee is now a relic from the past. If ever it had a role, it was a rubber stamp invoked to cast a veneer of consensus on royal decrees.

Of course, this persistent official narrative about the loving consensual royalty masked reality. Palace intrigues that are often an integral part of the Al-Saud cult occasionally erupted and became public knowledge.

Historically, those over-ambitious princes, who wanted to rock the royal boat when they felt marginalised or wanted to jump the queue, travelled to distant locations to escape the wrath of the cult elders. For example, Prince Talal bin Abdulaziz escaped to Beirut and Cairo in the early 60s to challenge royal elders, under the pretext of calling for a constitutional monarchy.

He was later pardoned and accepted money as compensation for zero power. In the same decade, Prince Khalid bin Musaid challenged King Faisal over the introduction of television and may have had political ambitions at the time. He was less lucky as he was shot dead.

Like all cults, the Al-Saud cult is founded on secrecy, rules fixed in stone and, obviously, total obedience. It expects its full members in addition to its followers to unquestionably believe in it, never criticise its seniors or release its intimate intrigues to outsiders.

In the current phantasmagoria of Mohammed bin Salman, the elimination of royalty is currently by imprisonment and banishment to known and unknown locations

Obedience to the sacrosanct cult founder bin Saud and a handful of his most powerful descendants is a prerequisite for membership in the wide circle of obedient followers, namely Saudi subjects. But today, the cult leader seems to be a mere 32-year-old prince who is desperate to become king as soon as possible and at all cost.

The prince left no doubt that a serious power struggle is under way not only in the corridors of the Ritz-Carlton- since 4 November, the most famous inmate is now tycoon Walid bin Talal among others- but more recently in the dungeon of the infamous Al-Hayer prison where thousands of Saudis are usually incarcerated indefinitely without fair trials.

Only a few days ago Al-Hayer prisoners were perhaps surprised at the prospect of sharing their cells with a fresh wave of newly detained princes. After 11 princes gathered in the governor's palace in Riyadh and refused to leave, they were rounded and immediately sent there.

According to official sources, the princes came as a group to object to government cuts, high prices and unaffordable utility bills. The princes must have very high electricity bills because cooling their palaces requires continuous air-conditioning, now at a high cost after the government lifted subsidies on energy in general.

There is no reason to believe the official story about the impoverished 11 princes who cannot pay their electricity bills, although many minor princes can actually find themselves in such an unpleasant situation.

Rumours quickly erupted. The princes came to complain about the assassination of one close relative of theirs, according to one such rumour. Official sources did not name the recently detained 11 princes.

In the current phantasmagoria of Mohammed bin Salman, the elimination of royalty is currently by imprisonment and banishment to known and unknown locations. In the past, a Saudi prince, Abdulaziz bin Turki, was kidnapped in Geneva, drugged and sent to Riyadh after he expressed dissident views and participated in a chat show on a Saudi opposition programme aired from north London.

In 2015, a group of princes circulated two letters on the internet entitled "A warning to Al-Saud", denouncing the exclusion of other princes such as Prince Ahmad and Talal and calling upon the elders of the family to effectively stage a coup against Salman and his son.

At the time, two princes - descendants of King Saud - disappeared. They were believed to be behind the drafting of the two letters. The prospect of a bloody power struggle is daunting but it cannot be ruled out for many reasons.

The spell of the prince

First, Mohammed bin Salman has proved to be so impulsive and erratic despite the propaganda of some Western media pundits reporting on him. Many journalists including Thomas Friedman have fallen under the spell of the prince's alleged posture, charisma and innate leadership skills. A top-down revolutionary and moderniser, Friedman called him.

The glorification of the young future Saudi king has gone too far, despite his unsettled economic policies and regional adventures, which have yet to result in crowning him as a desert warrior and a victorious neo-liberal moderniser.

Despite the counter-revolutionary measures the Al-Saud adopted to thwart that revolutionary moment, the cult is still haunted by the prospect of a peaceful rebellion at home

His iconic smartphone and PlayStation are meant to reflect his anchorage in hyper-modernity and its gadgets. But neither his smart management consultancy reports nor his smart air strikes on Yemen resulted in the anticipated quick fixes.

In fact, the prince changed his mind about economic reforms and cuts twice in six months, the latest of which is the announcement that Saudi government employees will receive a meagre 500 riyals (under £100) each month to help with rising prices.

He promised more to the soldiers stranded on the border with Yemen, with no prospect of ending a long, unsuccessful and bloody war that the prince himself started. It is not certain that he calculated the cost of these extra benefits after he announced that he wants to wean Saudis off the nanny state they had got used to.

The zig-zag economic policies reflect his deeply rooted anxiety and fear that Saudis might take to the streets in opposition to his cuts and high prices. This will be the Saudi Spring that the Al-Saud cult has feared since the Arab masses in Cairo, Tunis, Sanaa and Manama challenged their rulers en masse.

Despite the counter-revolutionary measures the Al-Saud adopted to thwart that revolutionary moment, the cult is still haunted by the prospect of a peaceful rebellion at home.

What haunts Mohammed bin Salman more is that the rebellion might actually and initially be orchestrated by disgruntled members of the inner circle, marginalised princes and even worse by ones with serious vendettas.

Mohammed bin Salman has humiliated and snubbed many members of the cult to the extent that he was compelled to pick them one after another and deprive them of their freedom.

Since November, the crown prince felt compelled to banish, imprison and encircle a wide range of princes. The list is long but it includes ex-crown prince Mohammed bin Nayef, sacked in June, and Miteb bin Abdullah, dismissed in November and held in the Ritz-Carlton for several weeks under corruption charges.

He was later released after paying ransom money to bin Salman's coffers. But bin Salman staged a photo opportunity with the humiliated Miteb to silence rumours about the latter's dissatisfaction.

Second, the prospect of future bloody royal battles is aggravated by the drive to move the Saudi succession from horizontal to vertical lines. Salman wants to ensure that he does not die before the kingdom becomes his own and his son's, thus eliminating the claims of the descendants of his own brothers (mainly Fahd, Sultan, Nayef and Abdullah). All were so senior and powerful that no other brother had been able to challenge them at any time in the past four decades.

Now dead, their orphaned sons can easily be dismissed and even humiliated with impunity by their uncle and his young son.

New marginal branches of the Al-Saud cult are now promoted to senior positions as they represent no real challenge. After Miteb bin Abdullah was dismissed as commander of the National Guard, a minor prince from a distant Saud branch was chosen to replace him. After all not all princes are equal.

It is the demography that allowed Salman and his son to literally walk over not only his remaining old and incapacitated brothers but also their aspiring sons. But cults are often difficult to dismember without a fuss or even bloodbaths, assassinations and intimidation.

What we are witnessing today in Saudi Arabia among royalty is the beginning of the process by which the vertical succession may need bloodshed to be established as fait accompli, thus slimming down a cult that has grown too big at times of dwindling oil wealth.

If in the past money was thrown at disgruntled princes, today bin Salman wants to strip them of their cash to replenish his own coffers that are under the pressure of both population growth and decreasing oil prices.

He's got to find money somewhere if he wants to mitigate against an imminent rebellion by both disgruntled princes and impoverished Saudis, who will have to resort to traditional methods of cooling their beds by sleeping under wet sheets in the absence of affordable electricity to power their modern air-conditioning units.

Should Mohammed bin Salman continue to deploy the sword against his rivals and more importantly the disenfranchised Saudis, he is unlikely to secure his place as the visionary saviour, the new imam of moderate Islam, the economic engine of affluence in the post-oil age, and the youngest head of the Al-Saud cult. 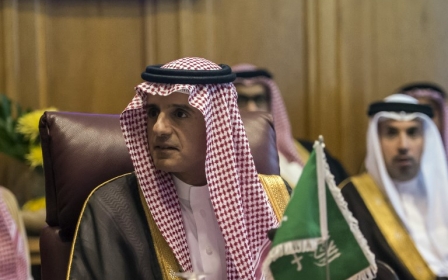 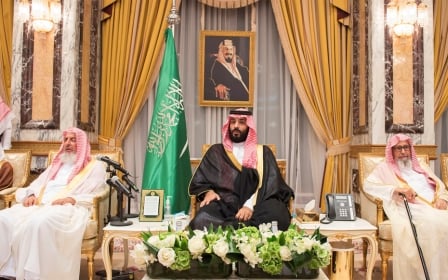