David Hearst
When King Salman and his son Mohammed came to power, there was hope of sorely needed leadership in the region. Instead, they may have fragmented it beyond repair 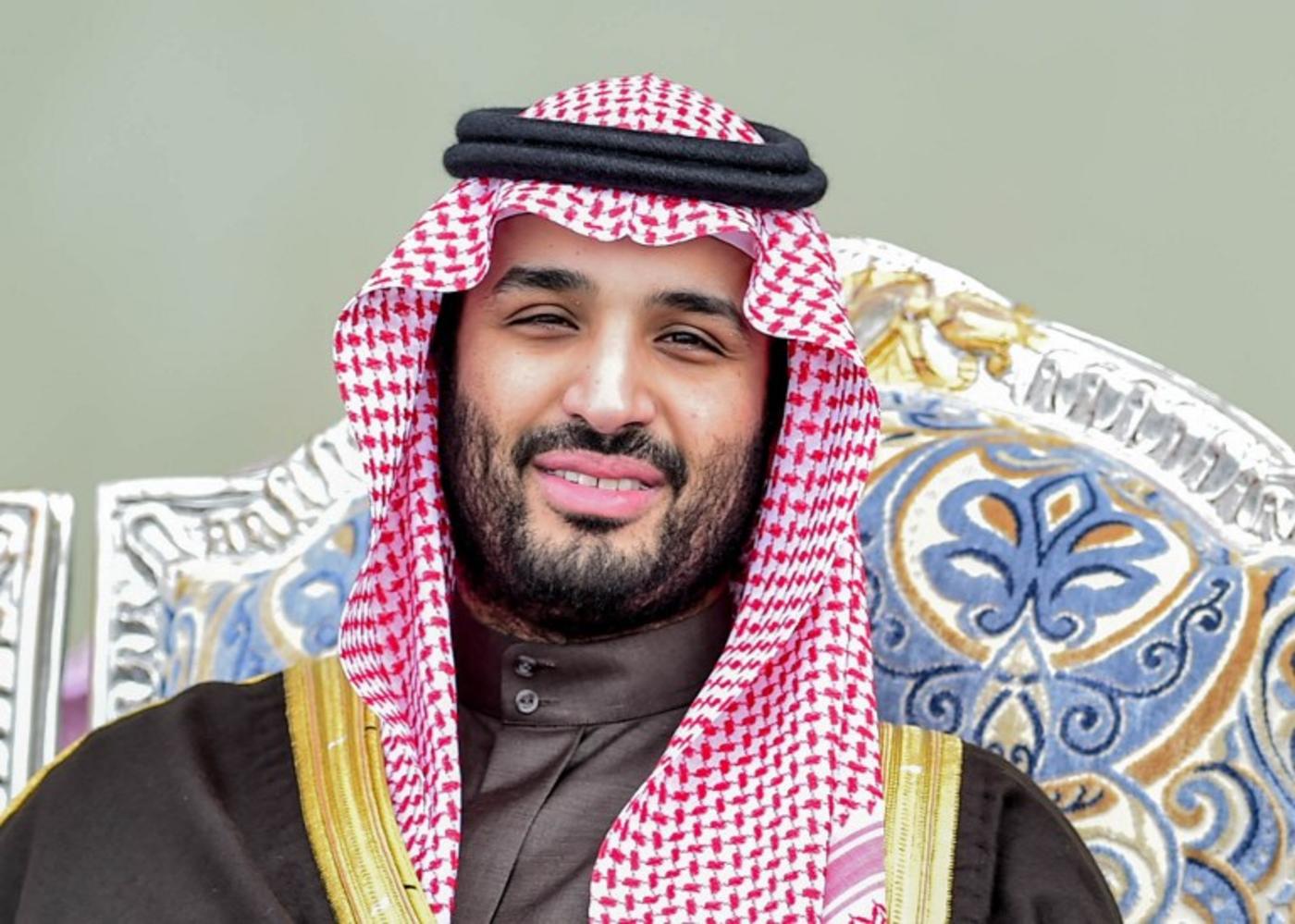 The final act of the palace coup I have been writing about since King Salman took over has just been completed. Everyone was waiting for a coup against Qatar. In fact, the coup was within the kingdom itself.

It took place in the middle of the night after fajr, the Muslim prayer that heralds the dawn of a new day, and millions of Saudis woke to a new reality - a 31-year-old prince is going to be the next king.

If the sheikh of your tribe goes one way, there is little you can do but follow. Acquiescence should not be confused for consensus

The departure of his father, King Salman - whose speech carried on live television during Trump's visit to Riyadh was incomprehensible to many who heard him in Arabic - is now a formality. Bin Salman is now king in all but name.

Step by step, the last obstacle to bin Salman's vertiginous rise to power, his cousin, Mohammed bin Nayef, has been stripped of his power. There was little he could do to stop it, but he fought all the way.

First, his royal court went, then a national security council was created over his head. Then his ministry was stripped of its prosecutorial role. Then the operation to isolate Qatar, one of his closest allies, was launched.

This is a tribal system. So if the sheikh of your tribe goes one way, there is little you can do but follow. Acquiescence should not be confused for consensus. It was foreseen, but make no mistake: this is the biggest shock to the Saudi royal household since King Saud was forced to abdicate by Prince Faisal in 1964.

What does it mean?

All the levers of power are now in the hands of a young, inexperienced and risk-taking man, who in his short time in power as defence minister has established a reputation for recklessness.

He launched an air campaign against the Houthis in Yemen and then disappeared on holiday to the Maldives. It took days before the US defence secretary could reach him. Ten thousand deaths later, the Houthis are still firmly in the capital Sanaa, the liberated south has split from Abd Rabbuh Mansour Hadi's control and cholera has broken out.

Each file bin Salman has picked up has found its way into the office shredder.

He was the first to  introduce austerity by rolling out deep pay cuts to government employees, warning the country would be bankrupt in five years. Then he reversed the cuts, claiming financial stability had been created. In reality, the kingdom's cash reserve has dropped from $730bn in 2014 to $493bn last month. That's a loss of nearly one third in three years, but apparently that was not enough to stop bin Salman from committing himself to buying up to $500bn of rockets and military equipment from America.

Now all Saudis, in the austerity-driven kingdom, will get an extra week Eid holiday, a total of around two weeks.

The fine detail of any of his impulsive decisions, like how any of them will actually be achieved, is missing. The plan to sell up to five percent of the state oil company Aramco on the New York and London stock exchanges has already produced warnings about the legal risks of a New York listing, from the families of the victims of the 11 September attacks or class action litigation on requirements to declare state reserves. There is opposition too in London.

It's the same story in Syria. Let's not forget who provided militant groups in Syria with some of their most violent men. It was under Prince Bandar bin Sultan's tenure, as secretary of national security, that 1,239 inmates on death row - including rapists and murderers - were released on condition that they go to "jihad in Syria". This is stated in black and white in a memo dated 17 April 2012.

As a Saudi ally, you can be hung out to dry at any time

Under bin Salman, the kingdom has gone from micromanaging the Syria opposition (to the extent of telling the head of the negotiating committee in Geneva exactly when the delegation should leave for the airport to ensure the breakdown of talks) to losing interest in the rebels altogether. As a Saudi ally, you can be hung out to dry at any time.

Saudi attempts to mount a diplomatic campaign against Iran is fraught with contradiction. It has accused  Qatar of undermining that campaign, but what happened when King Salman received the Iraqi Prime Minister Haider al Abadi at the start of the week ? In Abadi's delegation was Qassem al Araji, the current interior minister. Araji is one of the leaders of the Badr militia, who called for a statue to be erected to Qassem Suleimani, the Iranian commander of the Quds Force of the Islamic Revolutionary Guards Force.  Badr brigade is part of the Hashd al Sha’ abi, the Popular Mobilisation Force, one of whose leaders  promised to continue its campaign until it reaches Riyadh.

Be it in Iran, Yemen, Syria or Qatar, the crown prince has already earned another title: the prince of chaos.

He has, however, followed instructions. As Middle East Eye reported at the time, the young prince's mentor, Mohammed bin Zayed, the crown prince of Abu Dhabi, gave him two words of advice to speed him on his way to the throne.

The first was to open a channel of communication with Israel. This he has now done, and under his command, the kingdom is closer than it has ever been to starting trade links with Tel Aviv. Both the Saudi Foreign Minister Adel al-Jubeir and Nikki Haley, the US ambassador to the UN, are reading from the same script on attempting to blacklist Hamas.

The second instruction was to diminish the power of the religious authorities in the kingdom.

Although bin Salman has reduced the influence of the religious establishment on the daily life of the Saudis, he is using it to bolster his authority. A series of tweets by the Ulama, the Saudi Committee of Senior Scholars, demonstrates how religion has been pressed into the service of politics.

This is what this body of scholars said about the Muslim Brotherhood:

"The Brotherhood are not among those who are on the right path. Al-Luhaidan, may Allah protect him"

"The Brotherhood (members) are partisans who just want to seize power; they do not care about calling for correcting the faith. Al-Fawzan, may Allah protect him"

"There is nothing in the Book and the Sunnah that permits the multitude of (political) parties and groups. To the contrary, they both censure such a thing."

The message from this is brutally clear. Political parties are not allowed. We are not giving you democracy, but theocracy and autocracy.

Even the timing of the last act of this palace coup is significant. Prince bin Salman will receive allegiance from his family and the public in Mecca on the 27th night of Ramadan, Laylat al-Qadr, the night of power when prayers are magnified in importance a thousand times. This is the most important night in the Islamic calendar.

This is not a king in waiting who intends to neutralise the role of religion in the affairs of state. He is using it to establish his own autocratic rule.

This is the Trump effect in action. Bin Salman's ambitions to seize the Saudi throne and Bin Zayed's plans to impose dictatorship on the entire Arab world predated the arrival of the most dangerous president in modern US history. But Trump's visit to Riyadh fired the starting pistol.

Within days, the tanks of the bin Salman-bin Zayed axis started rolling, first against Qatar and then against bin Nayef.

Bin Salman told Tahnoon bin Zayed that, once he becomes the crown prince, he will ditch Abd Rabbuh Mansour Hadi and replace him with Khaled Bahah, who is close to the Emiratis

Yemen is their next target. As we have reported, there has been a major fallout between the Yemeni president in exile, Hadi, who is in Riyadh, and local forces in Aden controlled by the Emiratis. The two major partners in the campaign against the Houthis are backing sides that are at war with each other in southern Yemen.

This, I understand, will shortly be resolved. Bin Salman has met Tahnoon bin Zayed, the brother of Mohammed bin Zayed and also his security chief, to tell him to calm the situation down in south Yemen.

Bin Salman told Tahnoon that once he becomes the crown prince, he will ditch Hadi and replace him with Khaled Bahah, who is close to the Emiratis.

Bahah has visited Riyadh recently to reconnect with the new Saudi administration. A full-scale offensive against Islah, the Muslim Brotherhood-related faction in Yemen, will then proceed.

This then is the new dawn that awaits not just the Saudis, but millions in the region. If these plans go ahead, it will subject the region to decades more of turmoil, civil war, proxy conflict and bloodshed.

However, thieves have a habit of falling out with each other. Bin Zayed, the architect of this campaign against political Islam and all forces promoting democracy in the region, has suited bin Salman's purpose until now. He has put him in pole position to become king.

Once bin Salman has come to power, it may no longer suit the young king to be advised by the crown prince of a much smaller state

Once, however, bin Salman has come to power, it may no longer suit the young king to be advised by the crown prince of a much smaller state. Their interests may easily diverge. We have seen this already in Egypt, where the Saudis installed a military dictator, only to find their placemen did not back them in their campaign against Iran.

The second factor is that the bin Salman-bin Zayed axis will inadvertently forge new alliances to counter their dominance. The closure of Saudi borders with Qatar has already accelerated the arrival of Turkish troops in Doha. It may also force Turkey, Kuwait and Oman to reconcile with Iran. Divisions created by the Syrian war between Hezbollah and Hamas may also be quickly healed.

When father and son came to power after the death of King Abdullah, there was a hope that they could unite Sunnis and provide leadership when it was sorely needed. Instead, they may have fragmented and polarised it beyond repair. 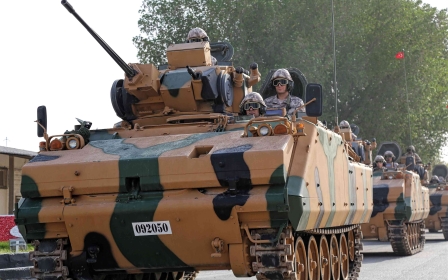