How Albania-Iran rift could benefit Israel and US Republicans Albania has severed diplomatic relations with Iran and expelled its diplomats from Tirana over an alleged cyberattack this summer. The schism may seem obscure, but it matters.

This was not their first bilateral rift. In 2018, Albania expelled the Iranian ambassador over national security issues, six years after then-Prime Minister Sali Berisha compared Mahmoud Ahmadinejad, the former Iranian president, to Hitler. But the move this week marks a clear escalation of hostilities.

According to Albanian Prime Minister Edi Rama, Iran “orchestrated and sponsored” a major cyberattack on 15 July. Rama cited “undeniable evidence” linking Tehran to the attack, which disrupted state services and leaked government data. The Iranian government has denied any involvement.

Albania’s Nato allies have condemned Iran and expressed solidarity with Tirana. “We join in Prime Minister Rama’s call for Iran to be held accountable for this unprecedented cyber incident,” said US National Security Council spokesperson Adrienne Watson. “The United States will … hold Iran accountable for actions that threaten the security of a US ally and set a troubling precedent for cyberspace.”

Relations between Tehran and Tirana have soured over the latter’s agreement in 2013 to host the Mujahedin-e-Khalq (MEK), an Iranian opposition group. This came amid pressure from Washington after pro-Iran militias began attacking MEK members in Iraq. In 2012, the US government removed the group from a list of terrorist organisations. The Rand Corporation has described the MEK as an “exiled Iranian cult dissident group”.

The group has since made Albania its new home, purchasing land outside the capital and setting up its base roughly 24 kilometres from Tirana. Iranian media has been critical of the Albanian government’s decision to not only host MEK, but also tolerate its activities against Tehran.

“From their camp [near] Tirana - where they moved from Iraq after being bribed by the Obama administration with removal from the State Department’s terrorism list - MEK leaders organise their own cyber campaigns against Iran and those perceived as not sufficiently hostile to the government in Tehran,” Barbara Slavin, an Iran expert with the Atlantic Council, told Middle East Eye. “The MEK also stages ‘conferences’ featuring right-wing western politicians who are paid tidy sums to attend and call for regime change in Tehran.”

Iran’s government has gone after the MEK’s presence in Albania, viewing the group as a US proxy that aims to violently overthrow the Islamic Republic with support from a diverse host of lawmakers and high-ranking government officials in Washington.

The July cyberattack reportedly occurred just days before a MEK-affiliated conference, titled “The World Summit of Free Iran”, was set to take place in the western Albania town of Manez. The event was subsequently postponed due to a “terrorist” threat.

“Iran has been accused of trying to attack MEK gatherings inside Albania, and that has had a negative impact on the relationship between Tirana and Tehran,” Sina Azodi, a lecturer at George Washington University’s Elliott School of International Affairs, told MEE. “I don’t believe that Tirana was acting based on instructions from Washington, but perhaps they were fed up with Iranian actions.” 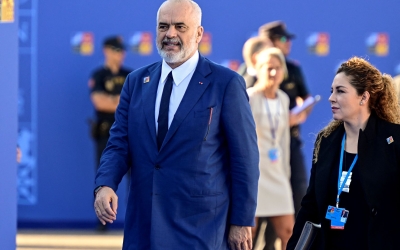 In general, Albania’s policies have been driven more by its desire to secure an iron-clad alliance with Washington than by any wish to harm Iran. “Albania would frequently use Iran to court the US, that in Albanian foreign policy is in a league of its own, and its ally Israel,” Vuk Vuksanovic, a senior researcher at the Belgrade Centre for Security Policy, told MEE.

Going forward, Israel will be keen to capitalise on Albania’s actions to consolidate international pressure against Tehran, amid fears of the Iran nuclear deal possibly being restored. Israel’s former ambassador to France and Italy, Avi Pazner, has praised Tirana for having “the guts to cut its ties with Iran”, and urged other countries to view Albania as an “example”.

While it is highly unlikely that Albania’s move against Iran will push the US to change course on the nuclear deal, Republicans will surely use this incident to support their arguments against diplomacy with the Islamic Republic. In the process, the Albanians will score points in Washington and bolster their push for stronger US assistance, especially in the domain of cybersecurity. 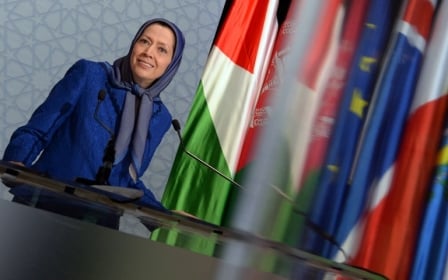 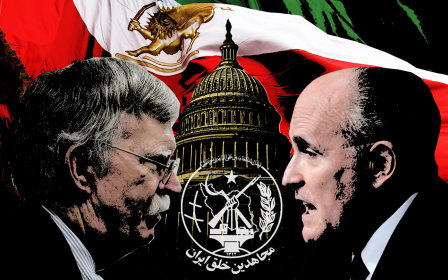 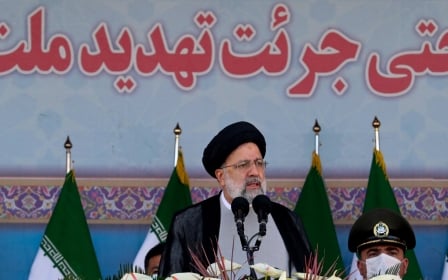