Shahir Shahidsaless
With millions living in slums, Iran's rising wealth inequality could spark the kind of social disorder that helped start the 1978 revolution 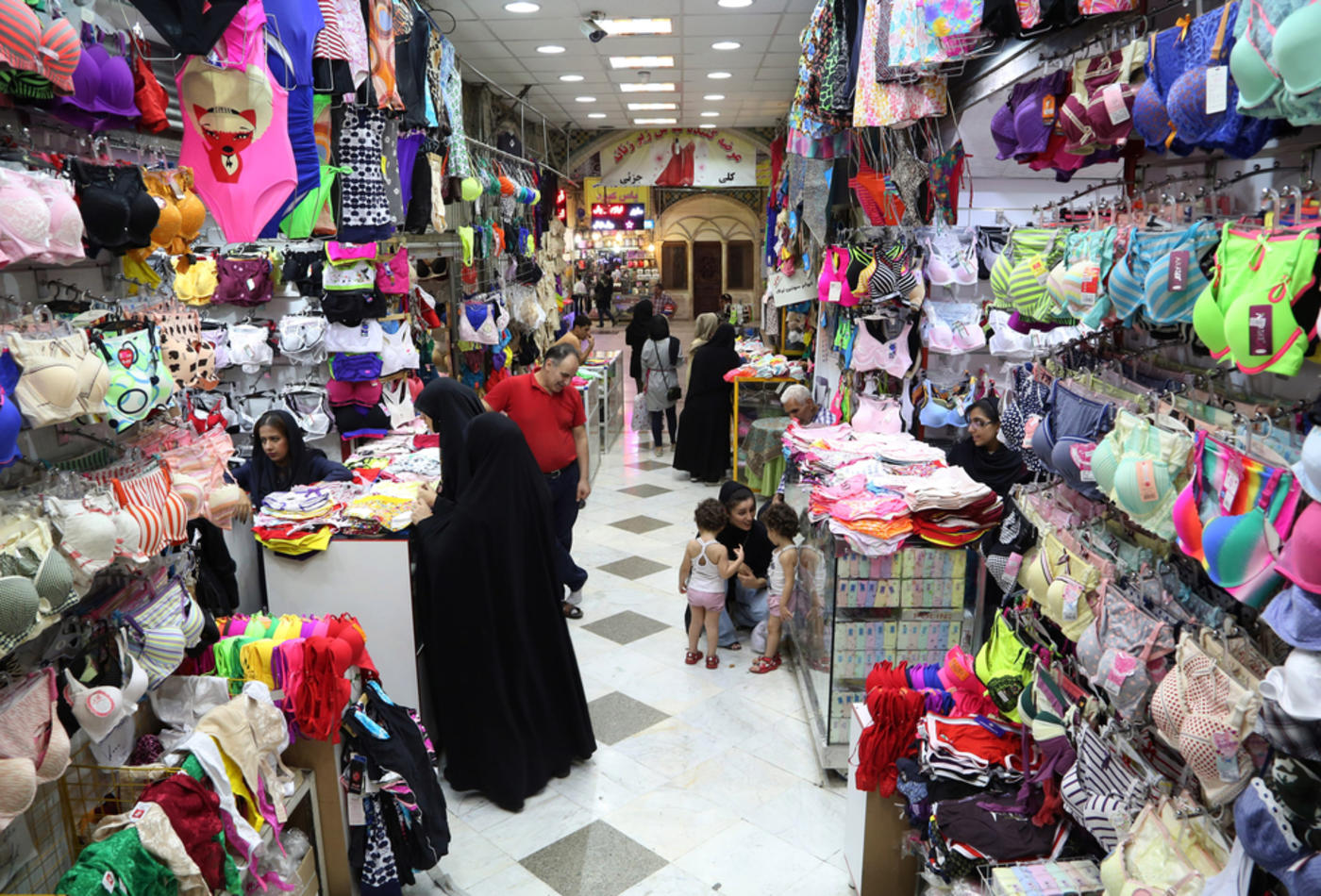 The Iranian revolution, according to its leader Ayatollah Ruhollah Khomeini, was “the revolution of the barefooted” and “the oppressed”. Combating social and economic inequalities was central to the discourse of the revolution. Yet 36 years since the revolution, income and wealth inequality is widening dramatically.

At 5am on 21 April, on a major street in Tehran, a canary yellow Porsche smashed into a tree after hitting the curb at 205 kilometres per hour. The driver, Parivash Akbarzadeh, was a young woman, and her passenger, the owner of the car, was Mohammad Hossein Rabbani-Shirazi. They were both in their twenties and both died in the crash.

Immediately after the accident, a flurry of comments were directed at Akbarzadeh and Rabbani-Sharzi’s Instagram accounts, exposing the anger of a large faction of society against the wealthy elite - the Instagram accounts have since been removed.

The New York Times reported on an Instagram user’s comment: “Thank God that even when there is no justice in this world in distributing money and wealth, there is justice in death. I love God’s justice that rich and young people also die along with the desperate poor people who have no hope in life.”

A taxi driver said of the accident: “I get passengers who go to Farmanieh, Zafaranieh, Upper Jordan and Fereshteh [wealthy areas in north Tehran] and man, you feel like you’re going into another world … One is my world, a world of constant pressures, hot and frigid, with quarrelsome passengers, all for 500,000 rials a day (at the time $17.50); and then there is their world. … by God, this is a grave injustice.”

In recent years, while the majority of Iranians suffer economically, struggling for survival, and the walls of Tehran are plastered with ads of people selling their kidneys, the rich kids of Tehran who live in luxurious houses and condos have begun to reveal their glamorous lifestyle. They parade their affluence by speeding their Porsches, Bugattis and Maseratis in the northern streets of Tehran. They throw Porsche parties - you have to have a Porsche to be invited - and post pictures of their parties on the internet.

They pay as much as $360,000 for high-end automobiles because of a high import tax and those who can afford expensive cars pay in cash.

Against this backdrop, in 2013 as many as 40 percent of Iranians lived below the poverty line. This was a dramatic increase from 2005, when that figure was about 22 percent.

A thoroughly researched and shocking report on the deplorable living conditions of the so-called Iranian countrysiders (hashieh neshinan) was recently published by the semi-official Mehr news agency. According to the report, the total area inhabited by these people, who live at the edges of major cities in Iran, is as vast as a country.

They flood to large cities from rural areas in the hope of finding jobs. Because they cannot afford to live in cities, they build their own slums in the settlements around cities. One official says that “they are deprived of services such as health and education” in those settlements.

The report discusses sewage water flowing in the alleys of the settlements in the countryside of Alborz province, the closest province to the capital Tehran. The dreams of having a glamorous life in large cities, combined with serious shortages of water in the villages, attracts the villagers to urban areas.

Government news agencies have put the number of countrysiders who live in these slums at 18 million. According to Tehran’s mayor, a staggering 25 to 30 percent of the capital’s 8.5 million population - not to be mistaken with the province of Tehran - live in these neighbourhoods (this report is in Farsi but the pictures speak).

One official says that decision-makers should be very careful about the situation because “once the wishes of these young people for reaching an ideal life is repressed, it could end in dangerous outcomes,” the Mehr report states.

Simply put, despite the rhetoric, economic equality has not been at the forefront of any president's agenda in Iran since the beginning of the Islamic Republic.

During the war (1980-1988), the gap between the classes began to narrow. The wealthy had left the country after the victory of the revolution and, although not elated about the overall economic situation, people appreciated the government’s efforts and policies of subsidising and rationing food and other essential items.

In 1989, one year after the war’s conclusion, the government’s left faction, which was in power during the war, became weakened with the election of Ali Akbar Hashemi Rafsanjani. Rafsanjani fiercely advocated a free market economy and pursued an economic liberalisation policy.

Oil money (oil rent) resulted in enormous wealth for a newly born class who, immediately after the war ended, connected themselves to the centres of power. Interestingly, the first members of this class were university-educated, non-religious white collar professionals working in the private sector and owning their own companies. They rushed to sign contracts with foreign companies for exclusive representation in Iran.

Competition over securing purchase orders from governmental organisations was arduous and lacked transparency. The commissions received by Iranian representatives from foreign companies were in foreign currency, and a portion of those profits went to corrupt government employees who had helped them in getting the orders. Those transactions were hugely attractive because the foreign currency that was received offered exorbitant purchasing power when exchanged at the black market rate. It was easy money.

The youth who had sacrificed and fought against the Iraqi invasion in hopes of establishing a just society were perplexed by these developments. Unemployment and depreciation of the national currency that caused hyper-inflation provoked some unrest in large and small cities alike. Uprisings in Qazvin, Shiraz, Mashhad and the poor suburb of Tehran, Eslamshahr, were squelched.

In 1997, with the election of Mohammad Khatami, the government’s left faction returned to power for the first time since their 1988 exit. But during the eight years leading up to this victory, the left had evolved. They no longer insisted on economic justice. Their attention centered on political and, to a lesser extent, social liberties. Economically, Khatami was a subset of Rafsanjani’s school of thought.

Boom times for some

And then came Ahmadinejad, the Machiavellian demagogue who had an endless thirst for power. His rise was a consequence of his relentless, fake campaign for justice and fighting corruption. The first seven years of his presidency (2005-2013) coincided with another global oil boom.

In the absence of the will to fight corruption, the sudden increase of oil revenue occurring in a rentier economy was a recipe for taking corruption to staggering new heights. As a result, the $700 billion in oil money earned during his tenure accelerated the widening gap between the poor and the affluent. Luxury mansions, condominiums and cars popped up like mushrooms while the majority of the country was struggling to survive against rampant inflation and unemployment. By the time he left office, the northern part of Tehran was a different city.

During Ahmadinejad’s presidency, the government manipulated data to avoid revealing the weaknesses of his administration. The economic macro indexes did not reflect the realities, including widening income inequality. Meanwhile, because the wealthy would not declare their real income and there was, and still is, no verification system, measuring inequality (e.g. calculating the real Gini index) was not, and is still not, possible.

Will this trend reverse under Rouhani?

According to his economic plan, in the short term (until 2017), his administration’s aim is to increase economic growth and distribute wealth equitably. Regarding the latter, he stresses financial aid to low-income households. But his strategic objective, the platform says, is focused on economic growth. No mention of fighting inequality in the long term.

When last year his administration announced its economic package for ending the recession, two outspoken economists in Iran’s parliament responded with an extensive analysis. They argued that the package followed the neoliberal economic system and is indifferent to inequality and growing social gaps.

So far, there is no indication that fighting the rising inequality of wealth and income occupies a place in Rouhani’s agenda. Rather, he tends to focus on economic growth and reducing unemployment as the remedy to socio-economic ills in Iran. But one may hope that someday, someone at the decision-making level recognises the dangers of the continuation of the current trend and comes up with a strategic plan to tackle the issue. After all, an abundance of literature on the root causes of the Iranian revolution indicate that unproportional and unjust distribution of wealth played a significant causal role in the 1978 uprisings.