How G4S tolerated the homophobic hatred of Orlando’s IS terrorist 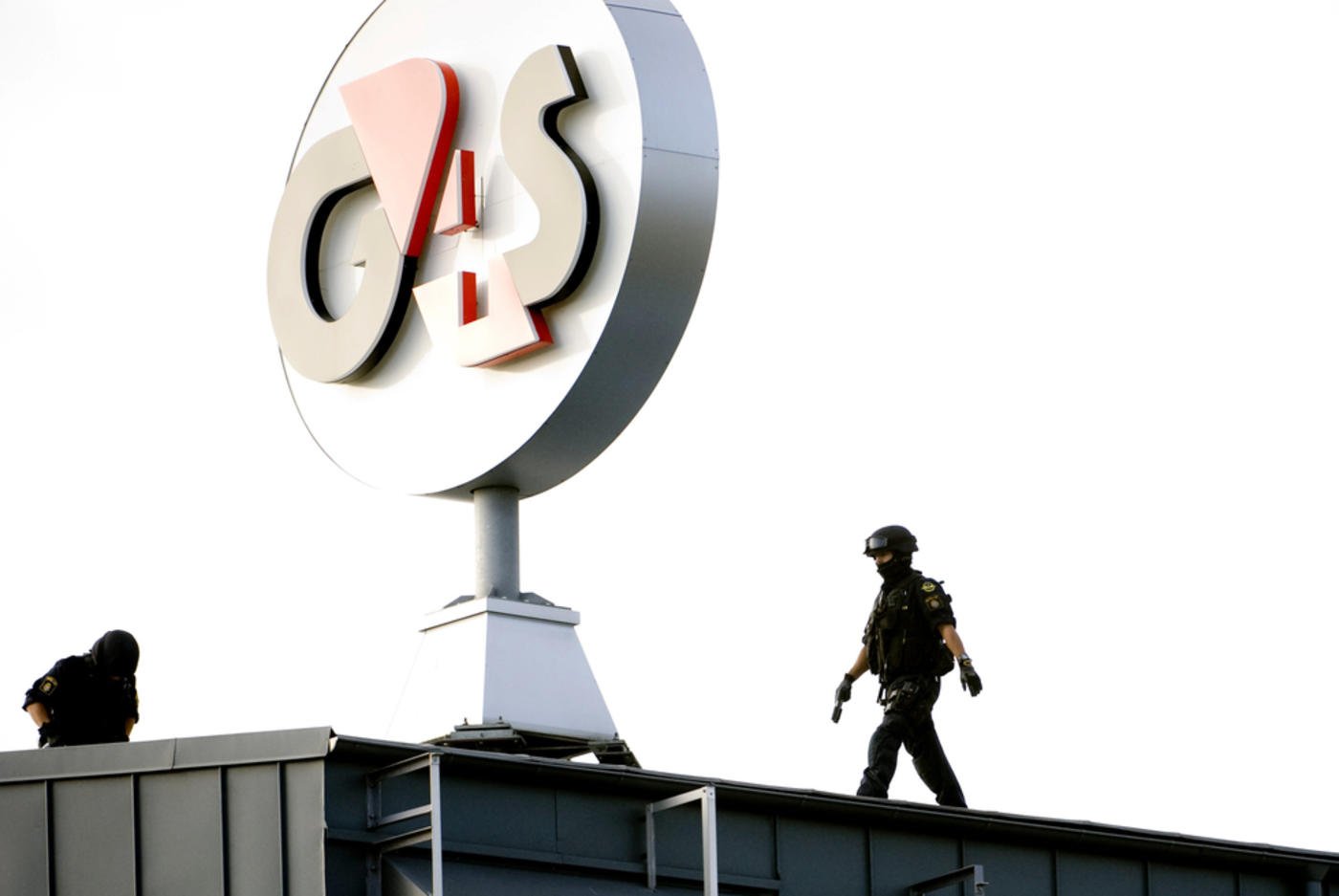 Omar Mateen, the terrorist who massacred 49 people and left 53 injured at the Pulse nightclub in Orlando, Florida, pledged allegiance to the Islamic State (IS) in a 911 phone call during the attack.

The connection has rightly drawn attention to the insidious role of IS in legitimising violence against theologically dehumanised civilians: Yazidis, Shia Muslims, Sunni Muslims who oppose IS, and LGBTQ people, to name just a few of the "deviants" IS wants to wipe off the face of the planet.

Yet Mateen’s ideological evolution takes us well beyond the banal idea that this was "just another" IS-inspired atrocity.

G4S and the largest mass shooting in US history

Mateen was a longtime employee of the giant security contractor G4S, a British firm that provides security services for numerous governments around the world.

He joined G4S in September 2007 as an armed security officer, and remained an employee until he was shot and killed in the police operation in Orlando.

But before his G4S stint, Mateen was not a homophobe.

Ten years ago, according to a former high school friend Samuel King, Mateen “didn’t have an issue with the LGBT community”.

Mateen was friends with King despite him being a gay drag queen, and would visit the restaurant where they worked and “laugh with us. He might’ve even sat down at the bar and had a drink and laughed with the bartenders, knowing that they were lesbians.”

King last saw Mateen in 2009. So what changed since then?

According to Mateen’s ex-wife, Sitora Yusufiy, Mateen became increasingly abusive after they were married in April 2009 – two years after he joined G4S: “He would just come home and start beating me up because the laundry wasn’t finished or something like that.”

She described him as mentally ill, unstable and suffering with bipolar disorder and a “history with steroids”. Yusufiy said that Mateen was not particularly religious, but “seemed like a normal human being”.

However, he was already displaying homophobic tendencies: “There were definitely moments when he’d express his intolerance towards homosexuals,” she said. Within a few months, the marriage broke down and Yusufiy was rescued by her parents.

During his marriage to Yusufiy, while working at G4S, he was employed as a correctional officer at the St Lucie Regional Juvenile Detention Center near Fort Pierce, run by the State of Florida’s Department of Juvenile Justice. The company contracted by the department to handle the facility is G4S.

The problem is that G4S’s approach to domestic security in the US homeland amounts to a hotbed of routine abuse, sexual violence, extremism and homophobia, tolerated at the highest levels of G4S’s management.

Last October, four G4S security officers filed a religious discrimination lawsuit against the Florida-based firm for firing them when they complained about the extremist, homophobic bigotry of their senior G4S supervisor.

The lawsuit, which demands $3.5 million in damages, says that a G4S kiosk where the guards worked at a shopping centre was managed by “a devoutly Christian supervisor who told employees their gay family members were going to hell, played videos about the Illuminati and warned that the security kiosk could be attacked by demons,” according to a local Portland publication.

The supervisor would post Bible verses on the walls and hold daily "prayer circles" with two other guards as part of a campaign of “fervent evangelising”, according to the court filings.

When the G4S employees filed written complaints with upper management about the behaviour, the filings say, they were summarily dismissed.

Harbouring extremist views and bigotry is apparently par for the course at G4S, as became clear after Mateen’s former G4S co-worker Dan Gilroy complained to his superiors about his colleague’s incessant bigotry.

A former Fort Pierce police officer, Gilroy had worked with Mateen over several months between 2014 and 2015. He described Mateen as openly racist, homophobic and anti-Semitic.

“I quit because everything he said was toxic and the company wouldn’t do anything,” said Gilroy. “This guy was unhinged and unstable. He talked of killing people.”

Gilroy’s complaints to his G4S superiors went nowhere. Even after Mateen began stalking him – sending him dozens of text and voice messages everyday – the firm did nothing. Gilroy felt he had no other choice but to seek a transfer and eventually quit to get away from Mateen.

G4S has said that Mateen underwent security screening when he was hired and was re-screened in 2013 with "no adverse findings".

Yet Gilroy was not the first of his colleagues at the firm to complain about his homicidal sympathies. The FBI had already interviewed Mateen in 2013 and 2014, and even placed him temporarily on a terror watch list, after he had told co-workers about his sympathies with militant or terrorist groups that the agency has not identified publicly.

So around this period, Mateen had suddenly begun to display an increased interest in a belligerent Islamist extremist ideology. By the time he met Gilroy, he had begun praying regularly, bringing his prayer mat to work. But even Gilroy observed that Mateen’s ritualistic religiosity was completely at odds with his behaviour – he would frequently rail against black people, display sexual interest in random women, and openly talk about wanting to kill people.

G4S has not yet provided any clarity as to why it failed to act on these repeated complaints which, at the very least, should have entailed an internal investigation into Mateen’s professional conduct.

G4S and the homicidal security complex

It seems difficult to avoid the conclusion, though, that G4S superiors simply did not see Mateen’s sociopathic tendencies as a problem. In much the same way that G4S management decided to protect an extremist Christian homophobic supervisor in Portland, they preferred not to reign in Mateen’s openly homicidal extremism.

G4S’s routine protection of violent, racist tendencies among its security officers appears to be an institutionalised global problem for the government contractor.

Over the last decade, the firm has been beset by scandal after scandal due to allegations and findings of systematic tolerance of astonishing abuse.

Within Florida alone, G4S Youth Services, which runs 30 residential and juvenile detention centres across the state, has faced numerous cases of employees being charged with the sexual abuse of young boys; including running a detention facility that was so inept, abusive and unsanitary it was condemned by a grand jury as “a disgrace to the state of Florida”.

Indeed, according to a report by the American Friends Services Committee: “In Florida there have been consistent reports of sexual abuse, use of excessive force, recurring riots, and numerous resulting lawsuits against the company.”

In Malawi, Mozambique and South Africa, among other countries where G4S has security contracts, official complaints under OECD guidelines documented disturbing “testimonies of racial segregation and poverty wages” discriminating against black workers under the company's management.

G4S employees in Britain have been found to routinely engage in racist, misogynist and homophobic banter, and the firm’s child services systematically subjected children to physical abuse often resulting in “life-threatening harm”.

Worse, Omar Mateen is by no means the first time that G4S has turned a blind eye to warning signs of the dangerous volatility of an employee, who ends up going on a killing spree as a result.

This is exactly what happened in 2009, when military veteran Danny Fitzsimmons was hired by the firm and dispatched to Iraq. Fitzsimmons was a racist with a criminal record, had been diagnosed with PTSD, and at the time of his employment was on bail and not permitted to leave Britain.

In Mateen’s case, the response was much the same. Despite repeatedly voicing to his G4S colleagues his desire to kill people, his sympathy for terrorists, along with racist, homophobic and anti-Semitic views, G4S superiors opted to keep Mateen armed, dangerous and on the payroll.

The exact mechanics of Mateen’s journey into the arms of IS remain unknown. But what is clear is that the privatised national security complex in which he operated provided a toxic, fertile environment that at the very least did nothing to prevent his conversion into a hateful, murderous fanatic.

How "Islamic" his motivation really was can be discerned from the emerging eyewitness reports that Mateen had visited the Pulse nightclub at least a dozen times before the shooting, where he would get drunk, and sometimes chat with club-goers.

Consider the irony here. The world’s largest "security" company measured by revenues provided the ideal environment for the flourishing evolution of a homicidal, homophobic drunken terrorist who pledged allegiance to IS in the midst of a killing spree.

In this context, the real question is: why should taxpayers continue to bankroll G4S so that it can reap billions while tolerating extremist bigots in the name of "security"?

- Nafeez Ahmed PhD, is an investigative journalist, international security scholar and bestselling author who tracks what he calls the "crisis of civilization." He is a winner of the Project Censored Award for Outstanding Investigative Journalism for his Guardian reporting on the intersection of global ecological, energy and economic crises with regional geopolitics and conflicts. He has also written for The Independent, Sydney Morning Herald, The Age, The Scotsman, Foreign Policy, The Atlantic, Quartz, Prospect, New Statesman, Le Monde diplomatique, New Internationalist. His work on the root causes and covert operations linked to international terrorism officially contributed to the 9/11 Commission and the 7/7 Coroner’s Inquest.

Photo: A police SWAT team inspects the roof of the G4S cash depot in Vastberga, Stockholm on 23 September, 2009 (AFP). Orlando
Shooter ‘mentally unstable, but not a religious extremist': Ex-wife Orlando
No evidence Orlando attack was directed from abroad: Obama