Barbara Bibbo
If justice is delivered for Regeni in Italy, it could be delivered - at least symbolically - to all victims of the regime 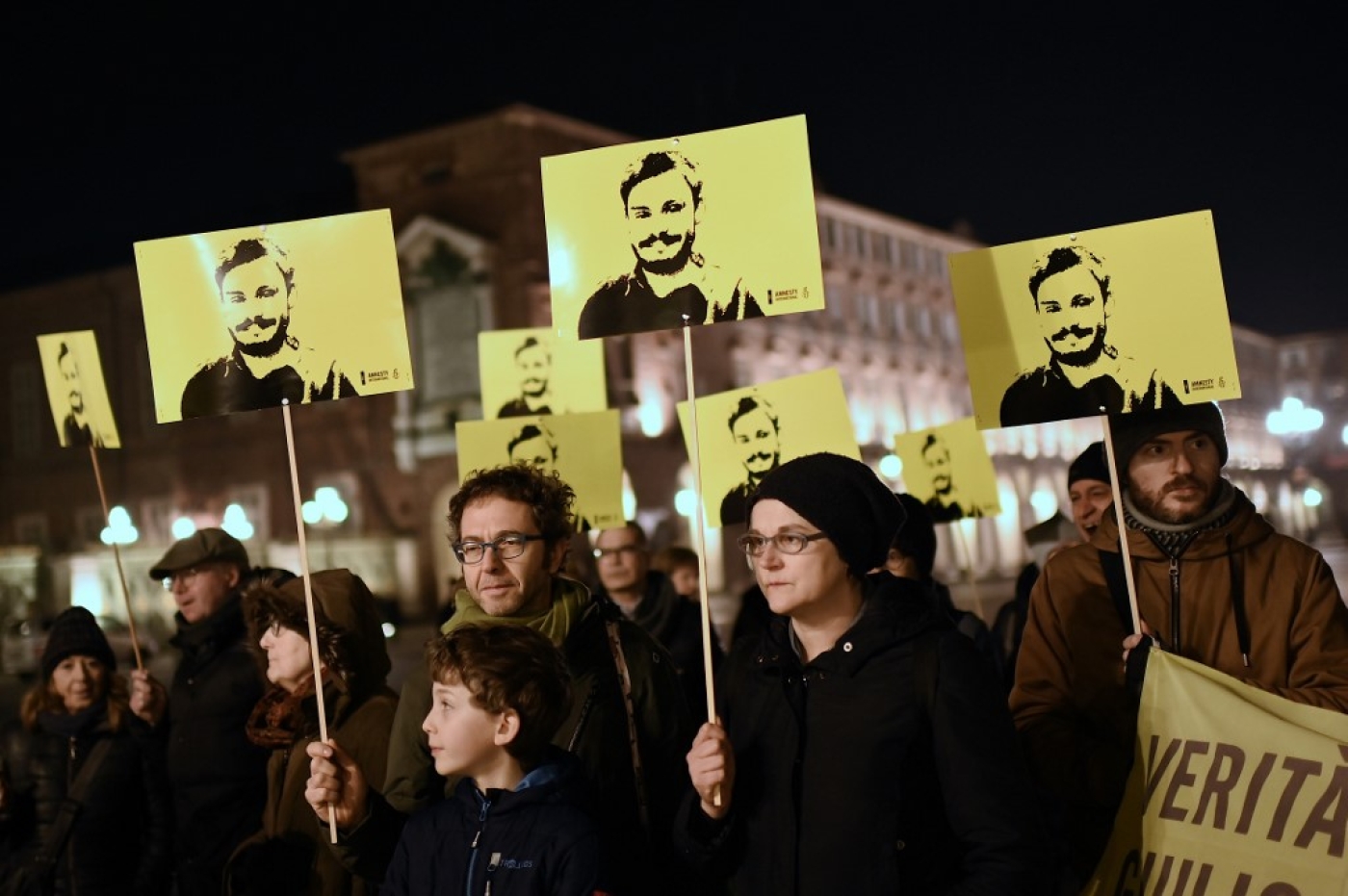 Activists demonstrate in Turin, Italy, on 25 January, marking the fourth anniversary since the disappearance and subsequent murder of Giulio Regeni (AFP)

Four Egyptian security officers, including a former general, will likely stand trial in absentia in Italy for the torture and murder of Giulio Regeni, Italian prosecutors said this week after a complex, five-year investigation.

Rome's chief prosecutor Michele Prestipino said they had collected “unequivocal and significant” evidence and testimonies that led to the indictment of the officers, despite Cairo’s lack of collaboration. While the Egyptian defendants will have several weeks to react to their indictment - which is unlikely, as Cairo has refused to provide the Italian judiciary with their addresses - this may not impede Rome from conducting the proceedings in absentia, prosecutors told the House of Deputies.

“Nothing will stop us,” said the victim’s mother, Paola Regeni. “Our family battle has become a battle for human rights in Egypt. Giulio is the mirror of the violations committed in Egypt every day.”

Regeni, a 28-year-old Cambridge student, was in Egypt to research trade unions when he disappeared on 25 January 2016, the fifth anniversary of the Egyptian uprising that ousted former President Hosni Mubarak. His body was found a week later in a ditch, half-naked, with broken bones, burns and bruises all over his body. It was so severe that his mother later said she could recognise him only from “the tip of his nose”. Prosecutors believe Regeni was mistaken for a spy and died after days of torture.

Without a common European and western stand, Rome is not willing to give up its interests in the name of human rights

Regeni’s parents have repeatedly asked the Italian government to recall the ambassador from Cairo and stop arms sales to Egypt, in reprisal for Cairo’s refusal to cooperate. But their requests have been met with silence from Italian Foreign Minister Luigi Di Maio, said the family’s lawyer, Alessandra Ballerini: "We last spoke with the minister a year ago, when he promised that there would have been ‘consequences’ for Egypt’s inaction. But nothing has happened ever since."

On the contrary, Italy has increased weapons sales to Egypt in recent years. In 2018, Egypt’s purchase of Italian arms reached $77m, higher than the previous five years. This year, Egypt negotiated a deal for the purchase of two Italian military frigates for around $1.3bn.

It is unlikely that the Italian government will jeopardise its relationship with the Egyptian leadership, which entails not only arms sales but the management of key energy resources off Egyptian shores and the control of migrant flows. Italy is among Egypt’s top trade partners and Italian company Eni, a major oil and gas producer, manages Egypt’s biggest gas field, Zohr.

The Italian government is well aware that Rome alone is incapable of putting pressure on Cairo with respect to human rights issues without jeopardising its economic interests in Egypt. Without a common European and western stand, Rome is not willing to give up its interests in the name of human rights, only to be supplanted by other eager European neighbours, such as France.

“Regeni’s case is the mirror of Europe’s weakness when it comes to having a common response on issues like human rights,” Roberto Fico, the president of Italy’s Chamber of Deputies, told a news conference this week. “If Italy and France held the same positions, this case would have been solved long ago.”

This week, France bestowed on Egyptian President Abdel Fattah el-Sisi the Grand Cross of the Legion of Honour, the highest French order of merit, during a ceremony kept private by the French presidency. During Sisi’s visit to Paris, French President Emmanuel Macron made it clear that he would not tie defence cooperation to human rights issues, sparking dismay among human rights activists worldwide.

“The regime has succeeded in using issues such as investment, refugees, terrorism, and the Libyan conflict to thwart all foreign attempts to ameliorate the human rights conditions,” said Ahmed Mefreh, director of the Committee for Justice human rights group in Geneva.

“In light of the absence of such pressures by the European Union and the White House, the Sisi regime has been given a green light to carry on repression.”

Questions remain, however, about Sisi’s level of control over state security services, whose mismanagement of the Regeni case has become a public relations nightmare for the regime and its European allies.

“The president is the most important authority, but not a totally free agent vis-a-vis the other state institutional sectors within the governing coalition - especially the armed forces, the Ministry of Interior and the judiciary,” Yezid Sayigh, a senior fellow at the Carnegie Middle East Center in Beirut told MEE. “Indeed, he is also vulnerable to clique dynamics within each of these sectors. He can use rivalries between cliques to manipulate them, but this also means he must allow each of them certain rewards to maintain their loyalty.” In addition to the internal dynamics the president must navigate to maintain his grip on the country’s institutions, he cannot allow himself to be seen to acknowledge a foreign government’s judicial request, Sayigh said. “Especially since he does not face the threat of sanctions or any kind of penalty that is remotely similar, he has even less reason not to take a similar posture of refusing to cooperate.”

According to Mefreh, the trial of the Egyptian officers will have symbolic meaning for thousands of Egyptian human rights defenders, victims and detainees languishing in Cairo’s jails: “We hope the proceedings will turn into a trial of the regime and its security and intelligence apparatus, which have achieved an unprecedented level of recklessness and impunity under Sisi’s office.”

The Committee for Justice, which has monitored thousands of human rights violations by Egyptian security services this year alone, this week published a report titled “The Giulio Regenis of Egypt Since 2013” - a testimony to the international impact of the case.

Regeni's family has only become more determined, turning his case into a larger battle for justice in Egypt

The family’s determination to obtain justice has never wavered. If Cairo hoped that by failing to cooperate, the case would fade from public attention, the opposite has come true. Regeni’s family has only become more determined, turning his case into a larger battle for justice in Egypt.

If justice is delivered for Regeni, they hope it may be delivered - at least symbolically - to all victims of the regime. 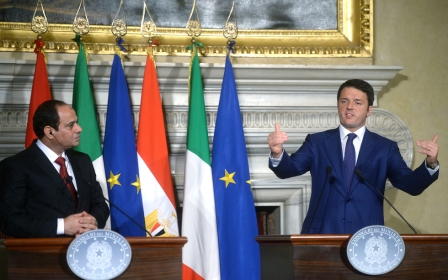