How Israel-UAE deal obliterates the illusion of Arab unity

Hamid Dabashi
Global solidarity with Palestinians, best expressed in the BDS movement, is crucial to the future of the Palestinian cause 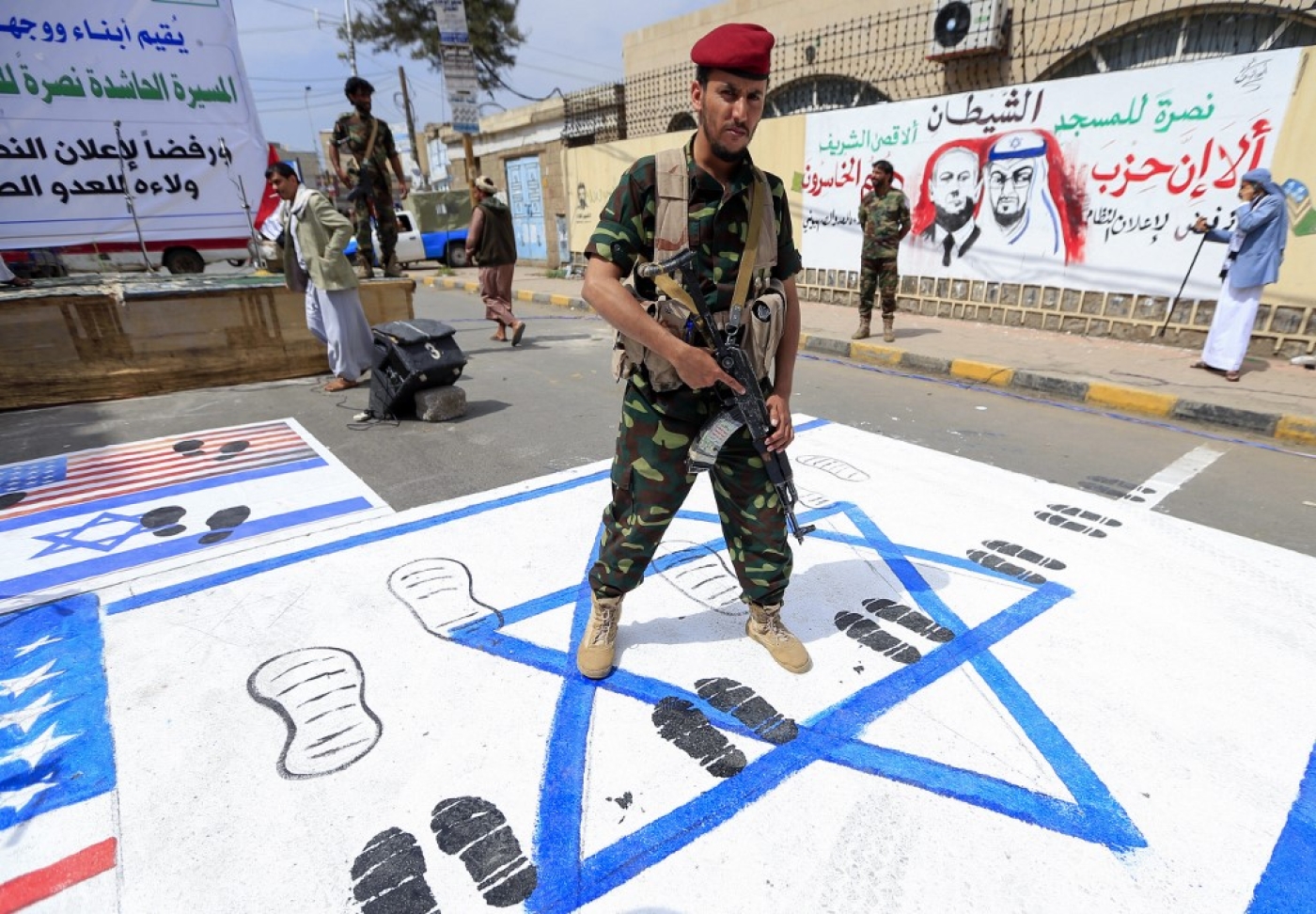 Amid the chaotic calamity of a catastrophic presidency, Donald Trump found a moment of respite in mid-August to look presidential and announce that two major US military bases, “Israel” and the “UAE”, would establish “full normalisation of relations”. We had no clue they had any abnormal relations.

Trump and his chief Zionist-in-residence at the White House, Jared Kushner, tried to sell the strategic linkage between these two US military installations as an “historic” event, no less. The pro-Israel New York Times, journalist Thomas Friedman, chimed in to call it “a geopolitical earthquake”.

When you live in the US and follow the news, you are used to such delusional gibberish. You read the news and you wait for the other shoe to drop; it never does.

Flanked by his former bankruptcy lawyer, whom he rewarded with the position of US ambassador to Israel, David Friedman, and Kushner, Trump could not deliver one factual sentence without tacking on the lie that in exchange for this “deal” - for Trump, everything is a “deal” - Israel would not be “declaring sovereignty” over occupied West Bank territory.

This, of course, is a blatant lie. Israel will not rest until it has gobbled up the entirety of Palestine, and then some more in Lebanon, Syria, Jordan and Egypt. As a European colonial project, Zionism cannot but territorially expand its garrison state.

The BDS movement extends from Asia and Africa to Europe, the US and Latin America. That is what frightens the Zionists out of their wits

After years of a de facto relationship, Israel and the UAE have now reached a de jure accord, sealed by Trump, in hopes of a broader realignment to kill two or more birds with one stone: neutralising the Arab world in the Palestinian struggle, and threatening Iran and Turkey so that Israel can steal the rest of Palestine with impunity. The Emirati sheikhs were only too happy to pimp the illusion.

The Emiratis are, of course, not the first Arab state to formally betray the Palestinian cause. They are the third Arab state to go against the will of their people to seek diplomatic relations with Israel, as Egypt did in 1979 and Jordan in 1994. Zionists from Tel Aviv to Washington are now plotting how to get other Arab countries to follow suit.

The New York Times reported that the force behind the accord between Israel and its newest Arab partner in stealing Palestine was none other than Kushner. American Zionists are drunk with power these days. They have convinced themselves that their conquest of Palestine is a fait accompli. If anyone dares to question this, their sleeper-cell stormtroopers launch a few rounds of “antisemitism” grenades to suffocate and silence them. Fat chance!

For Trump, this is a welcome relief from his disastrous record as a miserably failing president as he faces the nightmare of his re-election campaign. For the Israeli Prime Minister Benjamin Netanyahu, this is a political triumph for his own corrupt regime; and for the Emiratis, always biting off more than they can chew, they are delighted to be welcomed to yet another ridiculous White House ceremony.

So where does that leave Palestinians and their historic struggle to liberate their homeland? Where do Palestinians stand after yet another stab in the back by their so-called Arab brethren?

There is more than one reason to throw that nauseating Orientalist cliche of “Arab brethren” into the dustbin of history. But the issue is much larger than this relic of the past. The whole illusion of the so-called Arab world and its “solidarity” with the Palestinian cause must now be categorically thrown away.

We generally make a crucial distinction between Arab leaders and Arab peoples, and there is a legitimacy to that distinction. The Arab Opinion Index, the single most reliable indicator of Arab public opinion, regularly reveals that Palestinian national liberation is at the forefront of Arabs’ concerns, from Morocco to Iraq. “Over three-quarters of the population of the Arab world agrees that the Palestinian cause concerns all Arabs, and not the Palestinians alone,” the latest index notes.

But besides periodic revolutionary uprisings that ruling tribes, such as those in the UAE, seek to suppress, Arab public opinion lacks agency. Arabs are ruled by one gang of illegitimate rulers or another. It is global solidarity with the Palestinian cause, best expressed in the boycott, divestment and sanctions (BDS) movement, that is crucial to the future of the Palestinian cause.

If people in Egypt, Morocco or Iraq care about the Palestinian cause - as do people in Iran, Turkey, South Africa, Pakistan and Mexico - then the factor of being an “Arab” is no longer the issue. Global solidarity is a far more crucial signifier.

What Palestinians have lost in the UAE, therefore, is the delusion of Arab solidarity with their cause - and that is a great thing to lose. To be sure, they have never bought into that delusion, but it is good to have it all in the open. What they have already gained is a full, historic recognition of global solidarity with their just cause - far more precious than the delusion.

The accord between a European settler-colony and yet another colonial concoction in its neighbourhood means nothing compared with that global solidarity. The BDS movement extends from Asia and Africa to Europe, the US and Latin America. That is what frightens the Zionists out of their wits. 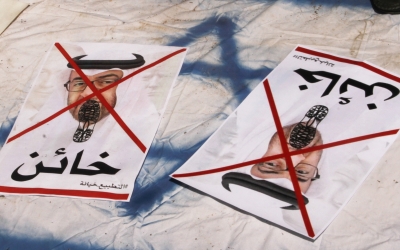 The Israel-UAE deal also exposes the banality of the ruling Zionist notion that an arrangement with a gaudy palace of sheikhs is all they need to cover their thievery. They have no control over the millions of Arabs and Muslims around the world who detest Israel’s historic theft of Palestine, and the unfathomable pain and suffering it has caused Palestinians. They disregard such facts, because they paralyse them. The delusion of an accord with a renegade gang of tribesmen is what they must flaunt.

Both the UAE and Israel, and any other ruling clan that may fathom to join them, are out of touch not just with millions of Arabs, but with humanity at large. Israel has no way of selling its armed robbery of Palestine to any decent human being, let alone to nations that care deeply about their own national liberations too.

The illusion of the “Arab nation” has long since lost its legitimacy and appeal. The period of reactionary Arab bourgeois nationalism, with its innate misogynistic and patriarchal traits, is long since over, as is its adjacent Persian, Turkish or any other retrograde and patriarchal ideology, ranging from Islamism to secularism.

These are categorically coterminous with Zionism itself and byproducts of European colonialism. The history of bourgeois nationalism in the Arab and Muslim world and beyond has systematically abused its anti-colonial rhetoric in pursuit of ruthless state tyrannies. In India, Gandhi and Jawaharlal Nehru paved the way for Narendra Modi; in Egypt, Gamal Abdel Nasser eventually resulted in Abdel Fattah al-Sisi; in Iran, Mohammad Mosaddegh was deposed for tyrannical theocracy to carry the mantle of anti-Americanism.

Palestinian national liberation has widespread solidarity from Argentina to Mexico - where historian Ilan Pappé and I have been personal participant witnesses to it - and then across North America and deep into Europe, Asia and Africa. That solidarity today, expressed emphatically in the BDS movement, includes millions of Arab people entirely against the treacheries of their rulers. Zionists are afraid of this phenomenon, over which they have zero control. Members of the US Congress are today defending BDS. This is a nightmare for Zionists.

I have always said that what we need is the democratic socialism at the heart of the Palestinian national liberation movement to lead the Arab world, rather than the pathetic and delusional Arab nationalism infesting and corrupting the Palestinian cause.

The more reactionary Arab regimes that come out of the closet and join Israeli settler-colonialism, the freer Palestinians become of the illusion of “Arab solidarity” - and the prouder and more determined, and more at home in the world, they will be in the company of their sisters and brothers around the globe, including right here in the US, where pro-Palestinians are active coast-to-coast, defining the country’s most progressive liberation movements. 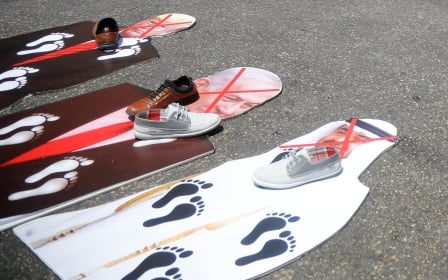