How the media denies Palestinians their humanity

Gregory Shupak
In coverage of Israel’s recent massacres, columnists have defended abject brutality and implied that Palestinians have no rights 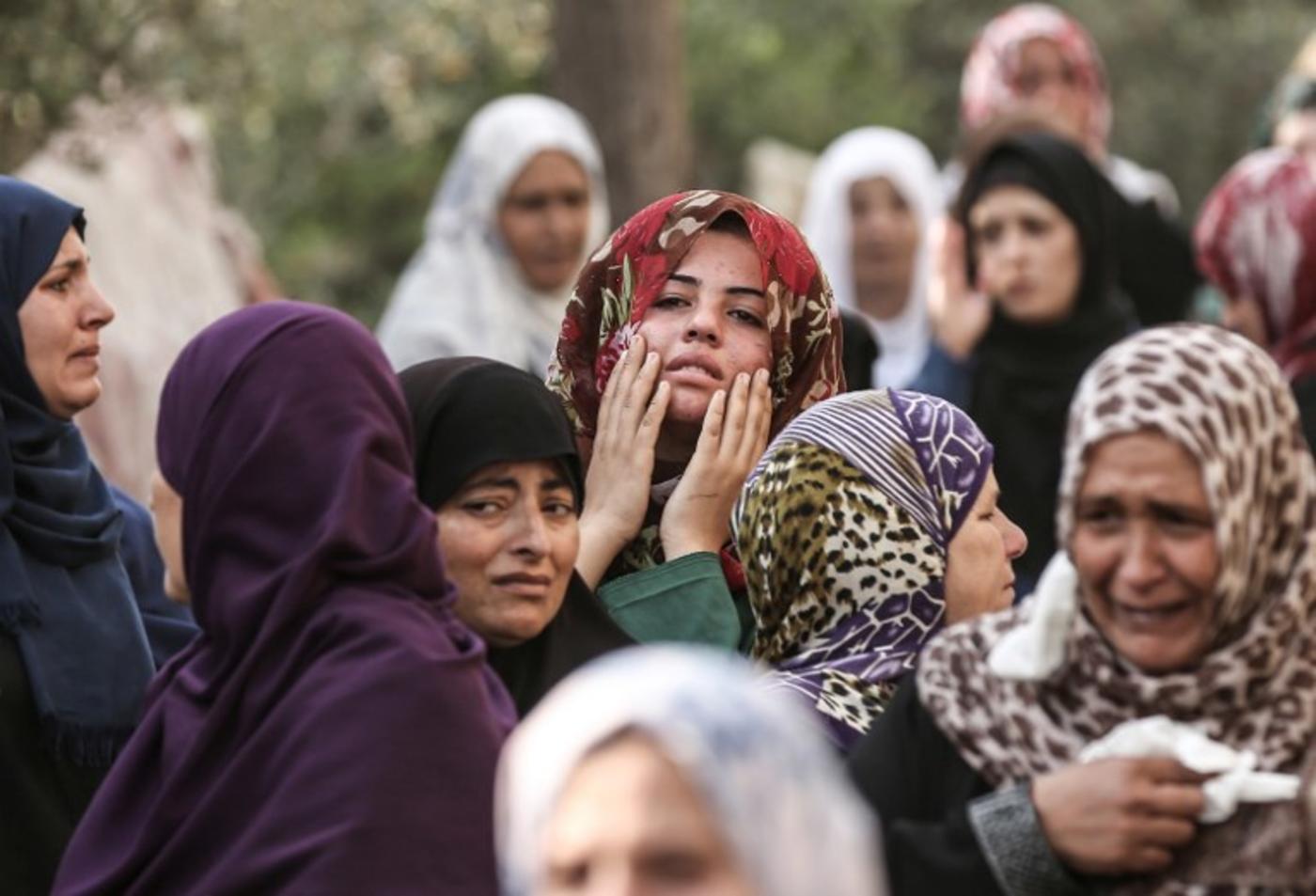 Since the Great Return March demonstrations began on 30 March, Israel has killed at least 116 Palestinians in Gaza and injured thousands more while shooting at unarmed protesters.

Israel has used bullets that leave "unusually severe wounds to the lower extremities... [and] an extreme level of destruction to bones and soft tissue", according to Doctors Without Borders. Israel's most egregious attacks on unarmed protesters came on 14 May, when its forces killed 62 Palestinians.

In coverage of the 14 May massacre and of the marches more generally, however, the media have thoroughly dehumanised Palestinians and rendered their rights invisible.

If columnists saw Palestinians as human, they would unambiguously condemn the recent mass murder. Instead, Shmuel Rosner in the New York Times outright endorsed the slaughter, writing: "It is customary to adopt an apologetic tone when scores of people have been killed, as they were this week in Gaza. But I will avoid this sanctimonious instinct and declare coldly: Israel had a clear objective when it was shooting, sometimes to kill... That objective was achieved."

In the same paper, Thomas Friedman declined to criticise Israel, blaming Hamas for supposedly "facilitat[ing] the tragic and wasted deaths of roughly 60 Gazans by encouraging their march".

We can conclude that this type of support for Israel's death squads extends even to their killing of children and disabled people, given that the aforementioned authors say nothing to the contrary.

The protests, according to Stephens’s racist drivel, symbolise a 'culture of victimhood, violence and fatalism' from which 'no decent Palestinian society can emerge'

The harshest criticism of Israel from the Times's David Brooks came when he said that he "doesn’t absolve the Palestinians from responsibility for their choices" but also "doesn't let the Israelis off the hook for their failure to properly confront extremism". With a stroke his magic pen, the killing of dozens of unarmed demonstrators is transformed into a "failure to properly confront extremism".

What has happened during the Great Return March, he claims, is that Palestinians have sought "to create a martyrdom performance that will show the world how oppressed [Palestinians] are". Similarly, Max Boot of the Washington Post describes Israel's massacre as a "possible tactical misjudgment" that "in no way obviate[s] Hamas’s ultimate responsibility for this horror".

Meanwhile, Bret Stephens of the Times complains: "The world now demands that Jerusalem account for every bullet fired at the demonstrators, without offering a single practical alternative for dealing with the crisis." He suggests that Palestinians place an undue burden on Israel by getting shot by live Israeli ammunition roughly 3,500 times. The idea that Palestinians are fully human so confounds Stephens that he misses the absurdly obvious: The alternative to shooting unarmed Palestinian demonstrators is not shooting them.

Rosner declares that "guarding the border was more important than avoiding killing, and guarding the border is what Israel did successfully". Boot dehumanises Palestinians by portraying them as menacing hordes: "Israel is caught in a no-win situation: It can't allow its border to be overrun - no state can - but if it tries to protect its territory, it runs a high risk of a human tragedy and a public-relations nightmare."

Brooks describes the Great Return March as "a massive border invasion" of Israel. Stephens writes of what he calls "the grotesque spectacle along Gaza's border over the past several weeks, in which thousands of Palestinians have tried to breach the fence and force their way into Israel, often at the cost of their lives".

The protests, according to Stephens's racist drivel, symbolise a "culture of victimhood, violence and fatalism" from which "no decent Palestinian society can emerge".

The right of return

What they call the "grotesque spectacle" and "overrun" of a "border" is actually Palestinians courageously drawing attention to the extraordinary wrongs done to them and attempting to exercise - perhaps only symbolically - their long-denied, legally mandated right to return to their homeland by crossing a colonial armistice line that no institution with any standing recognises as an international “border” that Israel has a right to “protect”.

For the writers I’ve been discussing, Israelis are humans, so they have rights - but the same does not apply to Palestinians. The title of Rosner’s article is "Israel Needs to Protect Its Borders. By Whatever Means Necessary". Friedman writes: "I get why Israel has no choice but to defend its border with Gaza with brute force."

Boot says of Israel's merciless siege of Gaza: "To protect itself, Israel established tight security controls around Gaza, but Hamas used tunnels to smuggle in missiles and other weapons from Egypt." Stephens argues that there is a pattern wherein Palestinians harm themselves and blame Israel, and that this alleged trend "deserves to be highlighted amid the torrent of morally blind, historically illiterate criticism to which Israelis are subjected every time they defend themselves against violent Palestinian attack".

These authors insist upon what they see as Israel exercising its rights to "security" and to "defend" itself, but since they see Palestinians as non-human, it's possible to ignore Palestinians' right to defend themselves from decades of wanton Israeli violence and to pretend that Palestinians don't have a right to liberate themselves - a right that is protected under international law and extends to armed struggle.

For the commentariat, Israel and its US patron have the right to use infinite levels of violence to maintain occupation and apartheid, but Palestinians have no rights - only an obligation to submit to their own slaughter, dispossession and oppression.

- Greg Shupak writes fiction and political analysis and teaches Media Studies at the University of Guelph-Humber. His book, The Wrong Story: Palestine, Israel, and the Media, can be ordered from OR Books.

Photo: Palestinians mourn the death of a man killed by Israeli tank fire in northern Gaza on 28 May 2018 (AFP)