Gareth Porter
Was the first ever US strike against Syrian government forces an intentional hit by the Pentagon to block military cooperation with Russia? 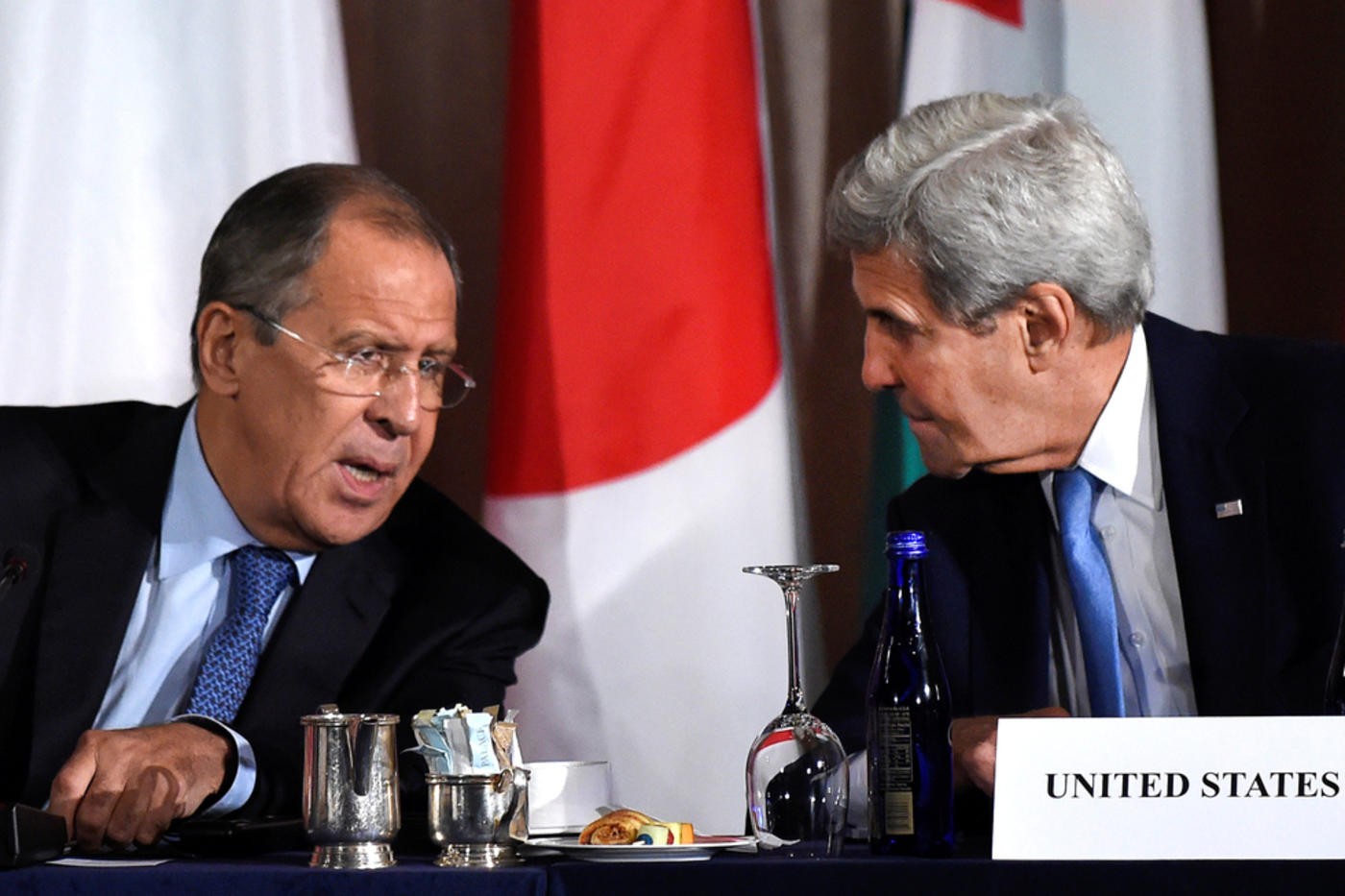 Another US-Russian Syria ceasefire deal has been blown up.

Whether it could have survived even with a US-Russian accord is open to doubt, given the incentives for al-Qaeda and its allies to destroy it. But the politics of the US-Russian relationship played a central role in the denouement of the second ceasefire agreement.

The final blow apparently came from the Russian-Syrian side, but what provoked the decision to end the ceasefire was the first ever US strike against Syrian government forces on 17 September.

That convinced the Russians that the US Pentagon had no intention of implementing the main element of the deal that was most important to the Putin government: a joint US-Russian air campaign against the Islamic State (IS) militant group and al-Qaeda through a “Joint Implementation Centre”. And it is entirely credible that it was meant to do precisely that.

Withdrawal from Castello Road - or not?

The Russians had a powerful incentive to ensure that the ceasefire would hold, especially around Aleppo.

In the new ceasefire agreement, US Secretary of State John Kerry and Russsian Foreign Minister Sergey Lavrov had negotiated an unusually detailed set of requirements for both sides to withdraw their forces from the Castello Road, the main artery for entry into Aleppo from the north. It was understood that the “demilitarisation” north of Aleppo was aimed at allowing humanitarian aid to reach the city and was, therefore, the central political focus of the ceasefire.

But al-Qaeda’s newly renamed Jabhat Fateh al-Sham (previously the al-Nusra Front) had a clear incentive to refuse to comply with a move that could open the door to a US-Russian campaign against it. Opposition sources in Aleppo claimed that no such government withdrawal had happened, and said that opposition units would not pull back from positions near the road. On the morning of 16 September, the Syrian army moved back into positions on the road.

Kerry and Lavrov agreed in a phone conversation that same day that the ceasefire was still holding, even though humanitarian aid convoys were still stalled in the buffer zone at the Turkish border because of the lack of permission from the Syrian government, as well as uncertainty about security on the route to Aleppo.

But Kerry also told Lavrov that the US now insisted that it would establish the Joint Implementation Centre only after the humanitarian aid had been delivered.

That crucial shift in US diplomatic position was a direct result of the aggressive opposition of the Pentagon to Obama’s intention to enter into military cooperation with Russia in Syria. The Pentagon was motivated by an overriding interest in heading off such high-profile US-Russian cooperation at a time when it is pushing for much greater US military efforts to counter what it portrays as Russian aggression in a new Cold War.

At an extraordinary video conference with Kerry immediately after the negotiation of the ceasefire agreement was complete, Secretary of Defence Ashton Carter strongly objected to the Joint Centre – especially the provision for sharing intelligence with the Russians for a campaign against IS and al-Qaeda.

Obama had overridden Carter’s objections at the time, but a New York Times story filed the night of 13 September reported that Pentagon officials were still refusing to agree that the US should proceed with the creation of the Joint Implementation Centre if the ceasefire held for seven days.

"It would be premature to say that we’re going to jump right into it," he added.

President Obama’s decision to insist that the US would not participate in the joint centre with Russia until humanitarian convoys had been allowed into Aleppo and elsewhere first was apparently aimed at calming the Pentagon down, but it didn’t eliminate the possibility of a joint US–Russian campaign.

Late in the evening the next day, US and allied planes carried out multiple strikes on a Syrian government base in the desert near one of its airbases in Deir Ezzor and killed at least 62 Syrian troops and wounded more than 100.

The Pentagon soon acknowledged what it called a mistake in targeting, but the impact on the ceasefire deal was immediate. Syria accused the US of a deliberate attack on its forces, and the Russians similarly expressed doubt about the US explanation.

On Monday 19 September, the Syrian regime declared that the seven-day ceasefire had ended. And that same day, a major UN humanitarian aid convoy was being unloaded in an opposition-held town West of Aleppo when it was attacked, killing more than 20 aid workers. US officials accused Russia of an air strike on the convoy, although the evidence of an air attack appeared slender, according to a Russian defence ministry spokesman.

It is not difficult to imagine, however, the fury with which both Russian and Syrian governments could have reacted to the US blows against both the Syrian army and the deal that had been sealed with Washington. They were certainly convinced that the US air attack on Syrian troops was a clear message that the Pentagon and US military leadership would not countenance any cooperation with Russia on Syria - and were warning of a Syrian campaign to come once Hillary Clinton is elected.

Attacking the aid convoy by some means was a brutal way of signalling a response to such messages. Unfortunately, the brunt of the response was borne by aid workers and civilians.

The evidence that the US deliberately targeted a Syrian military facility is, of course, circumstantial, and it is always possible that the strike was another of the monumental intelligence failures so common in war.

But the timing of the strike - only 48 hours before the decision was to be made on whether to go ahead with the Joint Implementation Centre -and its obvious impact on the ceasefire make a tight fit with the thesis that it was no mistake.

And to make the fit even tighter, Gen Harrigan, the USAFCENT commander who had refused to say that his command would go ahead with such cooperation with Russia, would almost certainly have approved a deliberate targeting of a Syrian facility.

USAFCENT planners are very familiar with the area where it bombed Syrian troops, having carried out an average of 20 such strikes a week around Deir Ezzor, a DOD official told Nancy A Youssef of The Daily Beast.

Pentagon officials acknowledged to Youssef that the USAFCENT had been watching the site for at least a couple of days, but in fact they must have been familiar with the site, which has apparently existed for at least six months or longer.

Yet no one has been able to explain how USAFCENT could have decided that a target so close to a Syrian government airbase in that government-controlled city was an IS target.

Obama was strongly committed to the general strategy of cooperation with Russia as the key to trying to make headway in moving toward a ceasefire. But that strategy was based on a refusal to confront US regional allies with the necessity to change course from reckless support for a jihadist-dominated opposition force.

Now that the strategy of the past year has gone up in flames, the only way Obama can establish meaningful control over Syria policy is to revisit the fundamental choices that propelled the US into the sponsorship of the war in the first place. 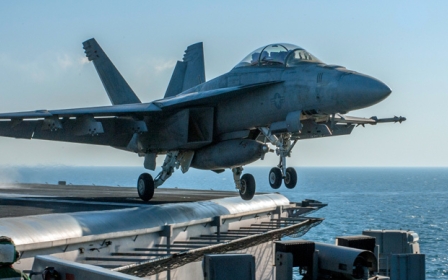